LIMBAUGH, SANTORUM & PUTIN-WHO IS THE JERK & WHO IS THE IDIOT? PLUS LOVELY SCENES

RUSH IS THE JERK

Advertisers continue to bail out on the gas bag. At his
best Limbaugh was a mildly amusing talker who knew a little
about marketing from his days as a pr flack and baseball pimp.  That he went from a goof ball to a political force is
merely a testament to how low brow American politics has
descended.  But this latest episode of his verbal assault on a woman has caused many to begin to smell the coffee. Why
anyone took his views as serious is mystifying, maybe now
some of those followers will see him for what he really is.
He is only a performer, a phony, playing to a crowd. He is
just a talker.
What he said was wrong by any definition.  He will probably survive this meltdown, but the trash heap of over stuffed egos would be too good a place for the jerk.  He's mean, devious, laughing all the way to the bank and should be water boarded  until Dick Cheney runs to his rescue. That is run, physically, in person.
RICK SANTORUM MUST BE STUPID TOO
This doofus is the worst thing for Republicans since
since mold on bread.  In this democratic republic even extremists or idiots are entitled to their view, but no one should draw political boundaries or build a following based on the assumption their theology is better than anyone else's. That's the province of the wacko brand of Islamic fundamentalist Imams who train young boys to be bombers.  Santorum is actually dangerous.  His brand Catholicism embarrasses many Roman Catholics and diverges from the church's larger view.
Why moderate, centrist, intelligent Republicans have not spoken out against him defies explanation. Even the religious right should sanction this fool.
NOW LETS SEE HOW THE STRONG MAN WILL PLAY IT.
VLADIMIR THAT IS
Putin, who is light years more intelligent and enlightened than either of the cretins referred to above, now faces a tough spot.  Elected to a 6 year term, to his old post as President of Russia, he will have to confront the rapidly growing opposition movement.  The anti Putin demonstrations were the most significant public outpouring of that kind in decades in Russia.
Putin was an unlikely candidate to begin with. Before his earlier rise to political influence he had been one of those gray, faceless, technocrats in the old KGB.  Putin is smart,
has demonstrated he knows how to wield power and he is tough.  But this challenge is something new. Will he result to old Soviet ways of dealing with the growing opposition movement, or will he pushed to find a more rational way? Regardless, it appears he's going to have some homegrown issues to occupy his new Presidency.
DAY BOOK
CALIFORNIA SPRING, GREEN & MORRO ROCK 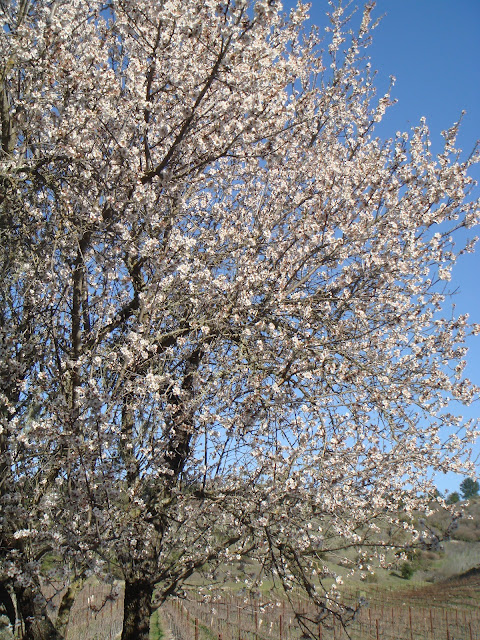 An almond tree in March bloom at the Pipestone Vineyard. 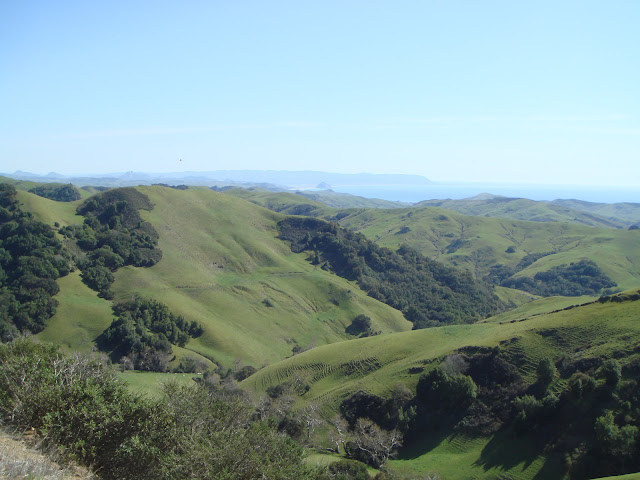 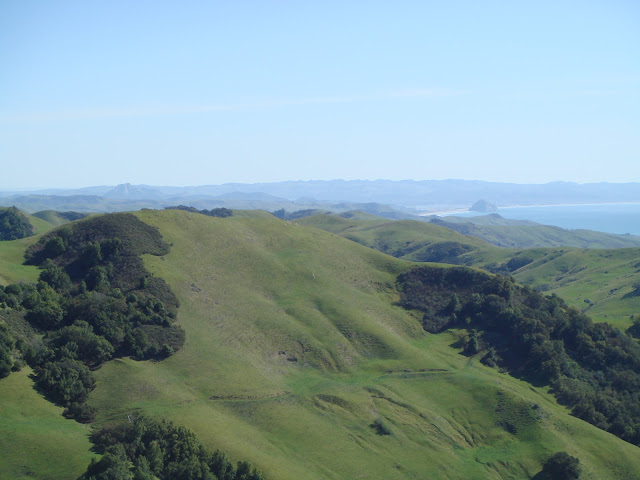 Look at the difference of a couple of hours in the frame
above and below. 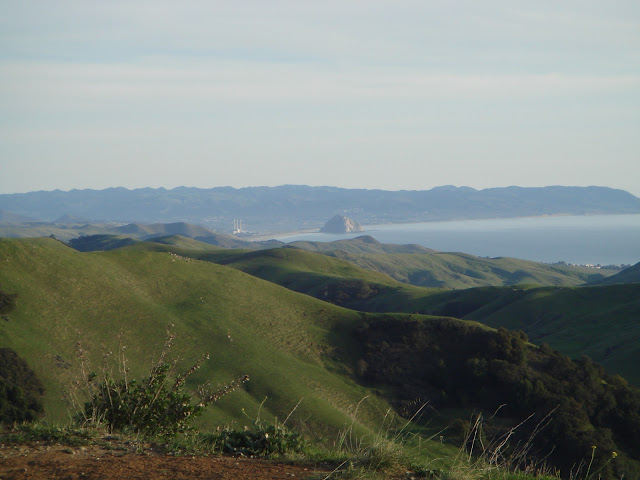 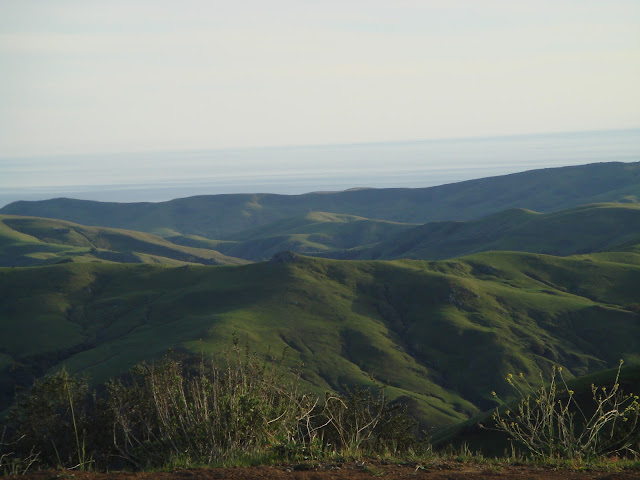 Shadows play nicely on the undulations of the Santa Lucia highlands. 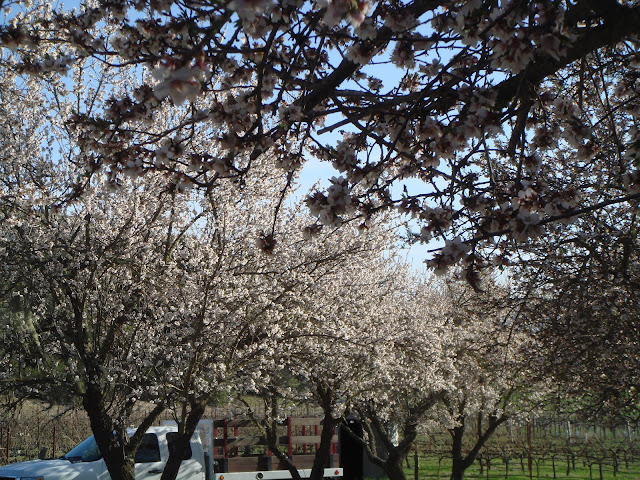 One more frame of almond blooms.
Posted by Tom Cochrun at 3:06 PM