THE WEEKENDER :) HANGIN' OUT WITH PAPA

THE CUBA FILE
THE AUTHOR'S PAD 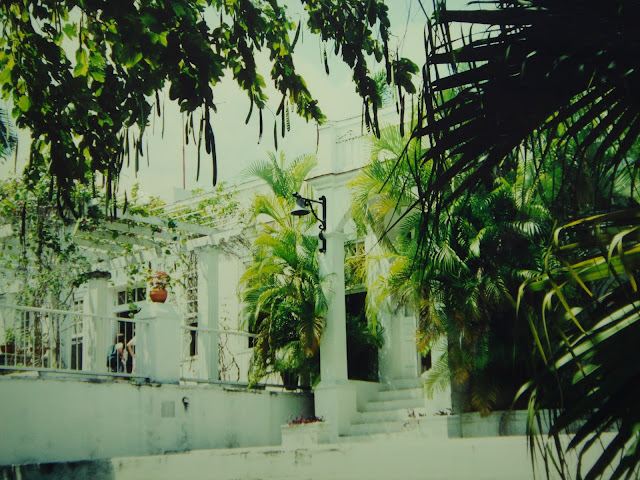 Finca Vigia, Ernest Hemingway's home in Cuba.  Our latest
post in the Cuba File series takes us inside what few have seen. 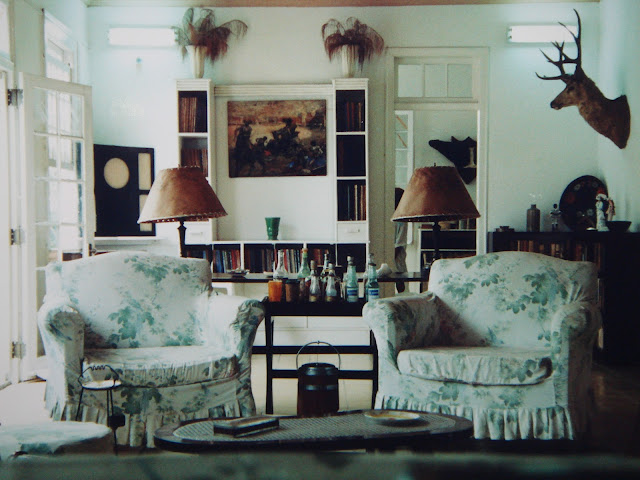 The author lived here with his third wife Martha Gellhorn.
He left here to cover WWII and returned to live and write until he left in 1960 after the Cuban Revolution.
The previous posts in The Cuba File are linked here:
A visit with Hemingway's boat Captain and the Pilar
Cuban Street Scenes
The healing shrine of St. Lazaro 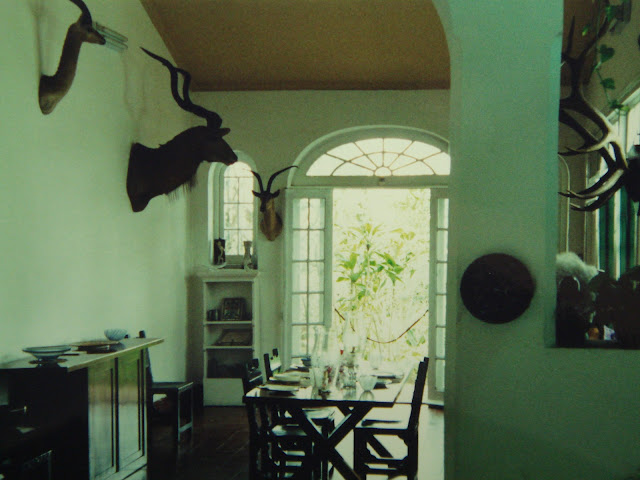 Inside tours of the home are rarely permitted.  Most often tourists and groups are kept outside the home.  Below is
a collection of Hemingway artifacts on one of his desks. 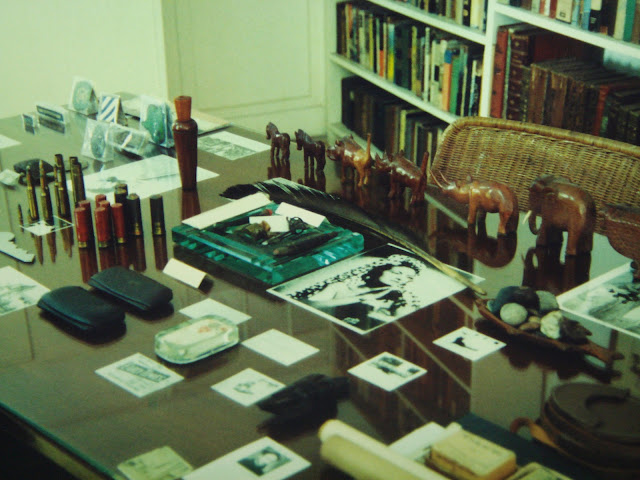 Hemingway often wrote standing up, because of a back injury sustained in an African plane crash.  He wrote in both longhand and on this Royal typewriter. 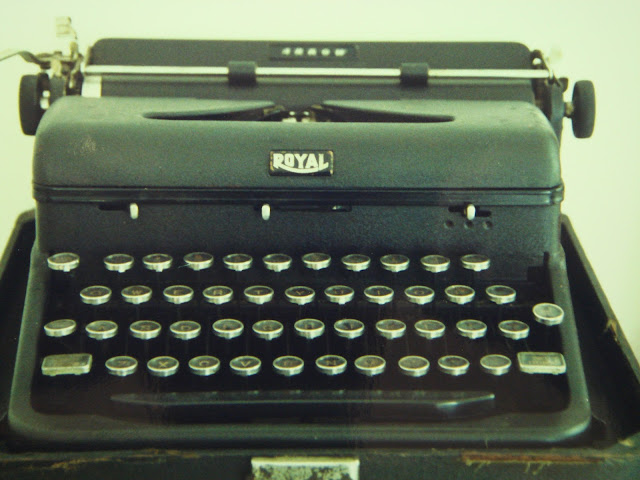 I was told he often stood at this book shelf to create his
prized literature. 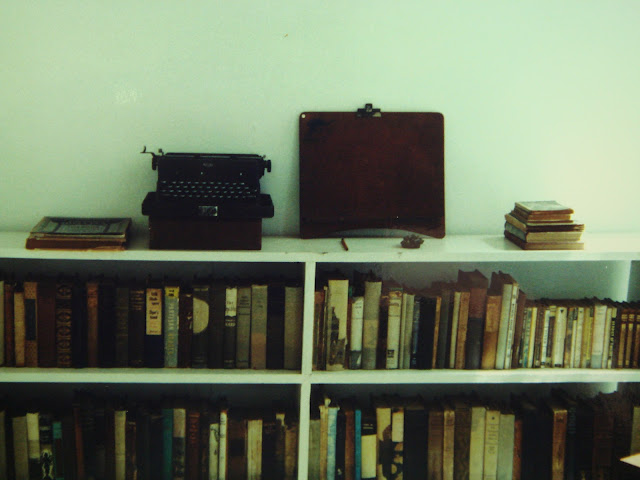 His bedroom was a light and airy place. 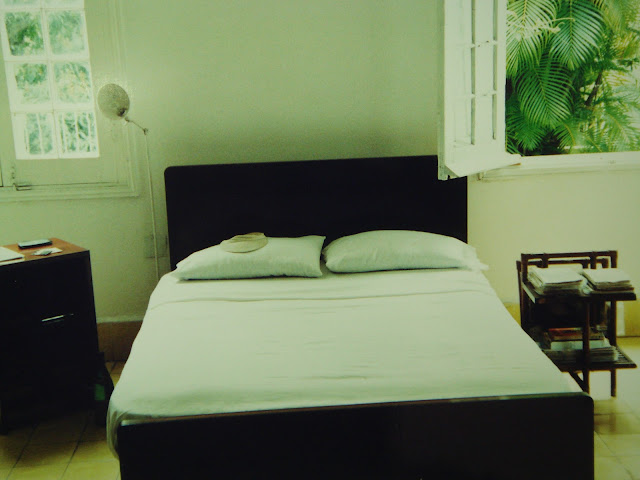 PROBABLY HAVE NEVER SEEN THIS BEFORE 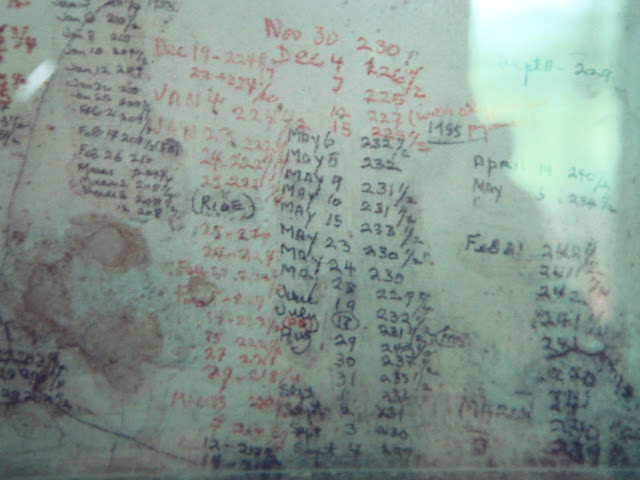 This is a weigh in log he kept on his bathroom wall. 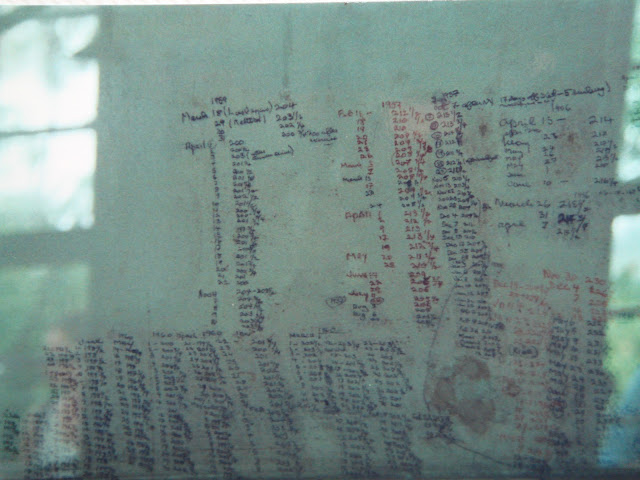 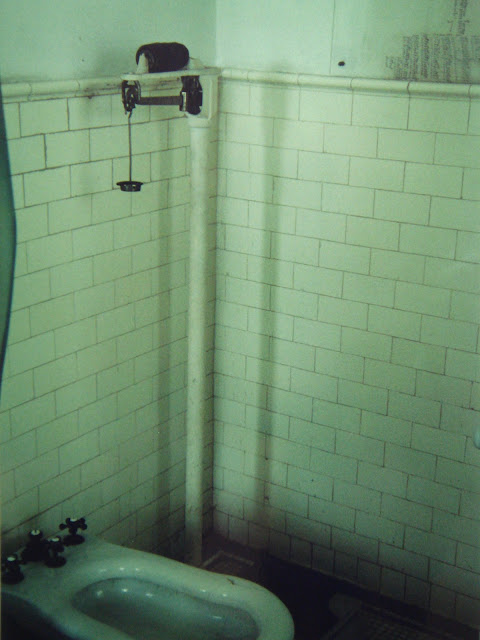 This blogger's self portrait in Hemingway's mirror. 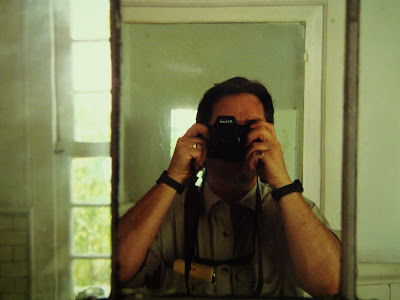 One of the beautiful views near San Francisco De Paula,
the small village near his home. 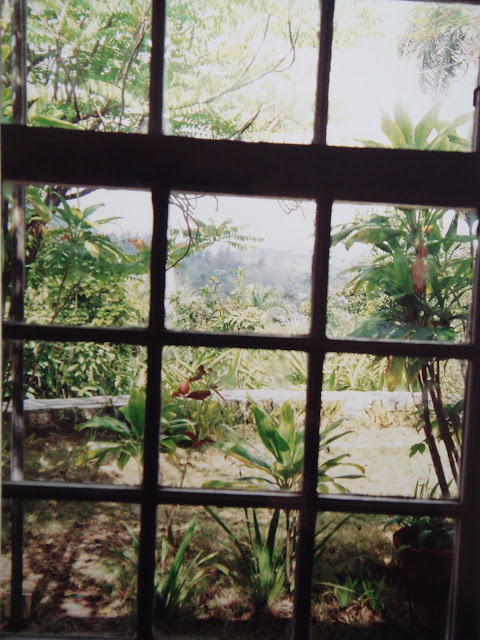 One of my concerns, and that of other Hemingway fans and
the serious scholars is the condition of his own book collection.  Many of the bound volumes are beginning to
deteriorate. 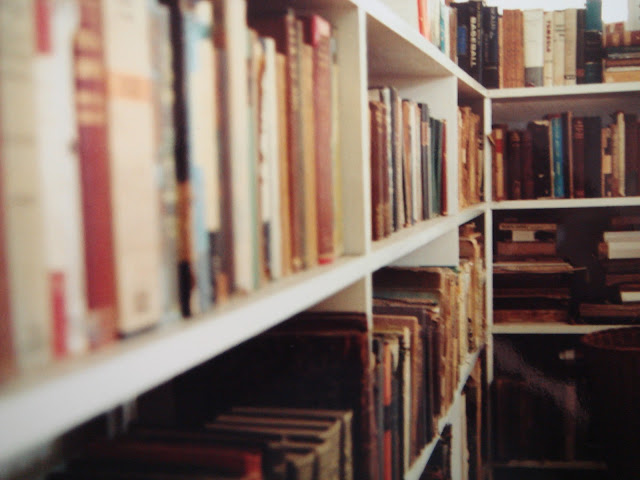 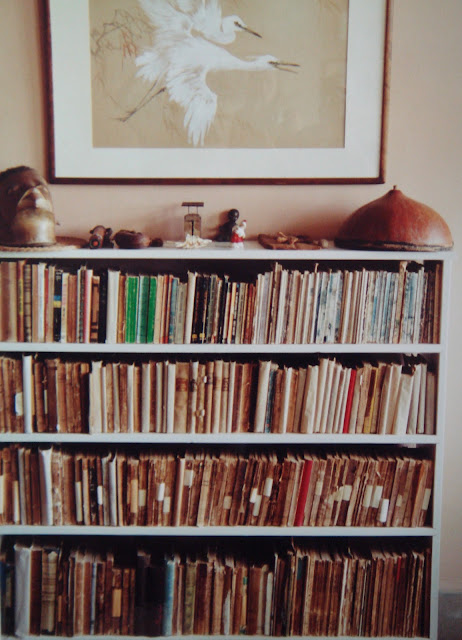 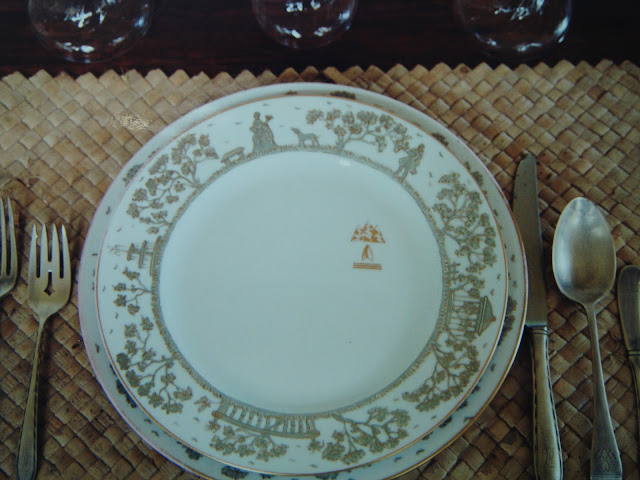 One of his famous trophies. 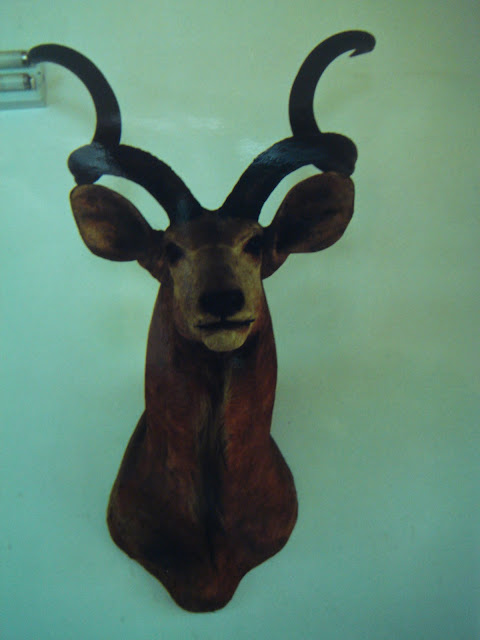 Photographer and friend Jon Christopher Hughes, on the left, was my ticket for the exclusive look inside.  Jon is an
old Cuba hand.  He's been shooting there since the '70s.
He presides over the journalism school at the University of Cincinnati and remains one of the most talented active
photographers in the US. 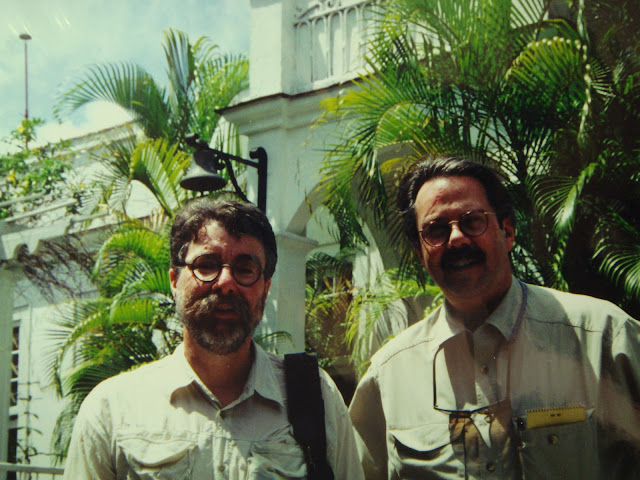 
HEMINGWAY AND OTHER CORRESPONDENTS,
INCLUDING EDWARD G. ROBINSON AT
MT. SAINT MICHEL

By the way-this location figures
prominently in my first novel
THE SANIBEL ARCANUM.

A HEMINGWAY SPOOF, FROM MIDNIGHT IN PARIS


MY OWN HEMINGWAY COLLECTION
The first photograph is by Jon of Gregirio Fuentes
the captain of Hemingway's Pilar.  He was 101 the
day Jon and I visited with him.  The second
photo, intentionally over exposed in this clip,
is of Hemingway and Fidel Castro, the day Hemingway left
the island.  The signed and numbered copy was
taken by the late Oswaldo Salas. Salas was a
remarkable photographer and the father of one of the famous Roberto Salas.
Someday I'll post about how we got the
picture out of Cuba.


HAVE A GREAT WEEKEND. MAYBE READ A LITTLE
HEMINGWAY.
See you down the trail.
Posted by Tom Cochrun at 1:57 PM