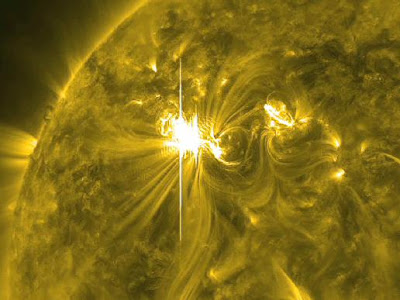 The solar flare depicted above is striking Earth today and is the largest flare in 5 years.  Power grids and communication could be affected.  We are in he midst of a period of increased sun storm.
In February 2011 I posted an extraordinary video of a solar flare and detailed potential problems. 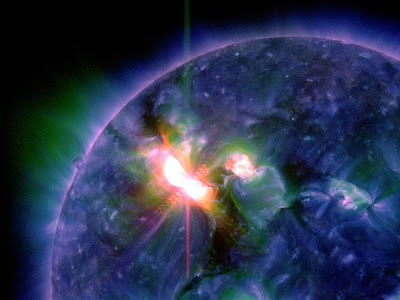 Most nations have been slow in developing contingency
plans.  So, as the old saying goes, we have to just wait and see.
SEEING FROM ABOVE 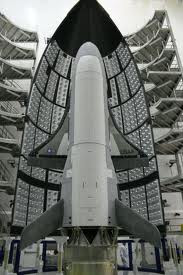 Photo from US Air Force

This is the Air Force space plane the X-37B before launch.
W.J. Hennigan of the Los Angeles Times reports that after a year in space, the drone continues its mystery mission.
The X-37B it was scheduled to land before the end of 2011.  The craft is only 9 feet tall, 29 feet long with a wing span of about 125 feet. 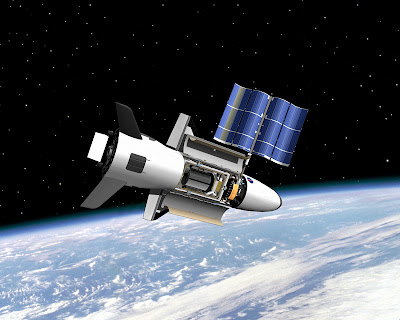 There is a lot of speculation about the nature of its mission.  The Pentagon says only it is a "test bed" for technology.  It was built by Boeings Phantom Works in Southern California-the Space and Intelligence Systems Division in Huntington Beach.
DAY BOOK
CATCHING THE SUN
AND SHADOW PLAY 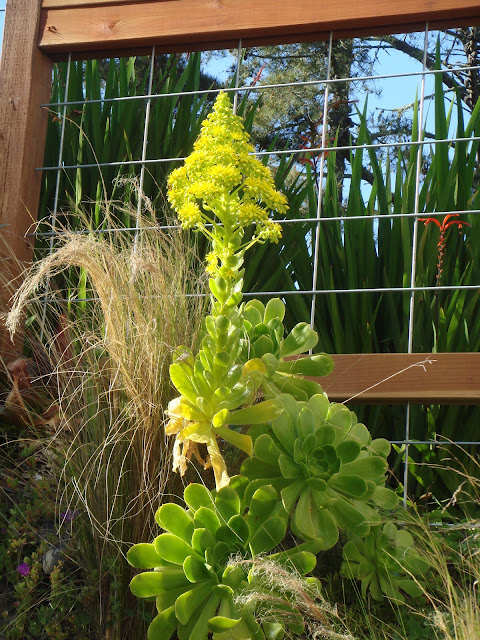 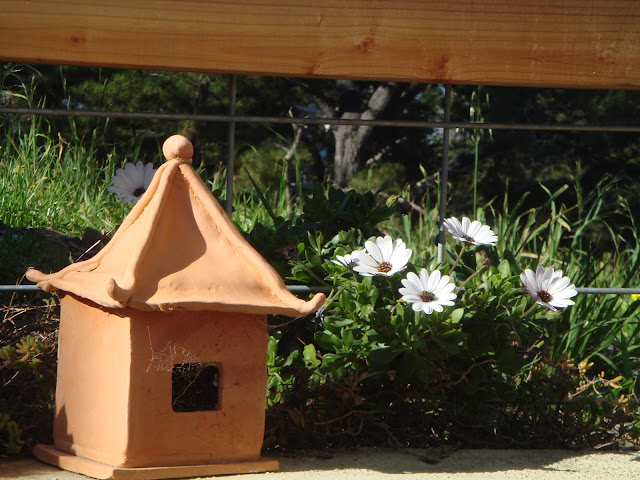 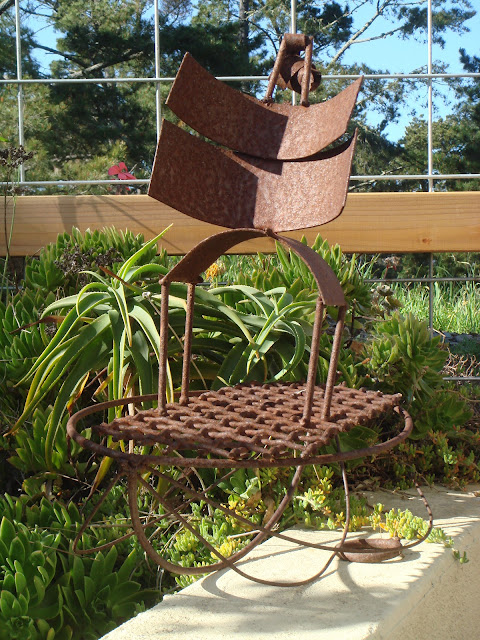 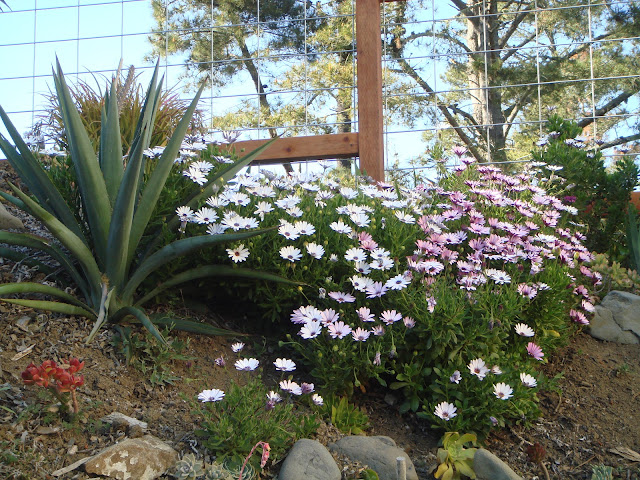 See you down the trail.
Posted by Tom Cochrun at 11:26 AM