BRAVO TO THE TOUGH GUYS 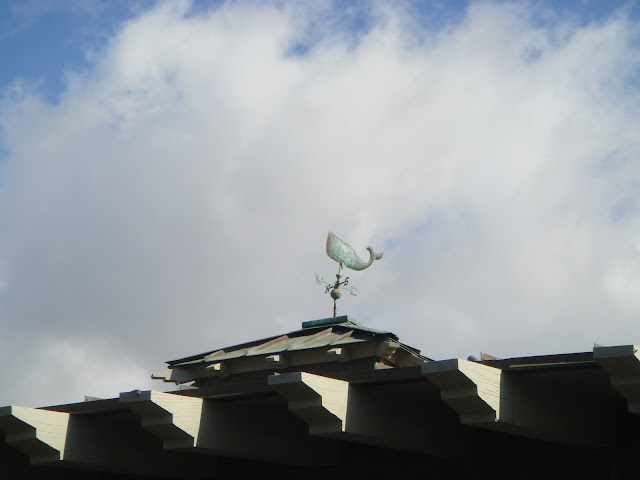 It takes special character to evince toughness in
the face of the winds of adversity. 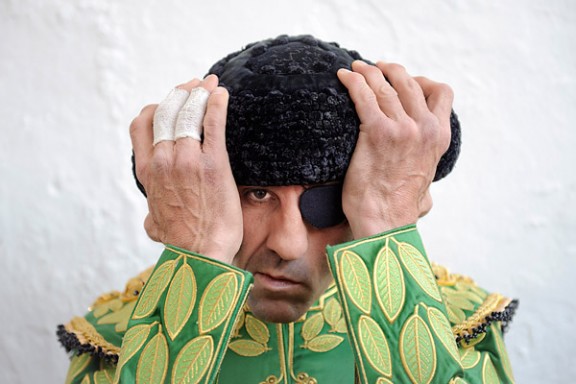 Photo by Daniel Ochoa E Olza/AP
Juan Jose Padilla is tough.  You may disapprove of his sport 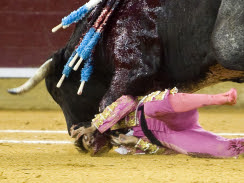 Photo by Elena Munoz/AP
and you may even think of him as a fool, but you can not deny his courage.  The picture above was taken in October as he was being gored by the bull he was fighting.  He was severely injured and disfigured.  That he even survived surprised many. 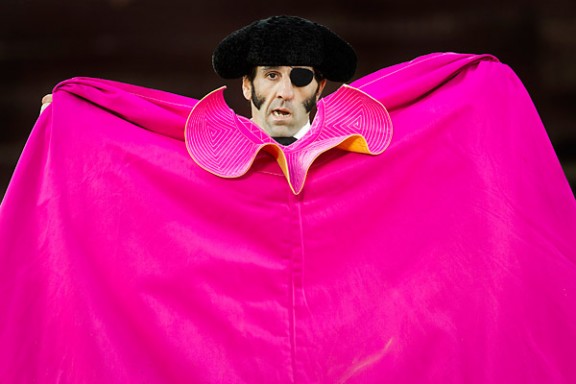 Photo by Daniel Ochoa Ed Olza/AP
This is the 38 year old Spanish bull fighter back at work this week. Five months after narrowly escaping death, Padilla returned to the ring. 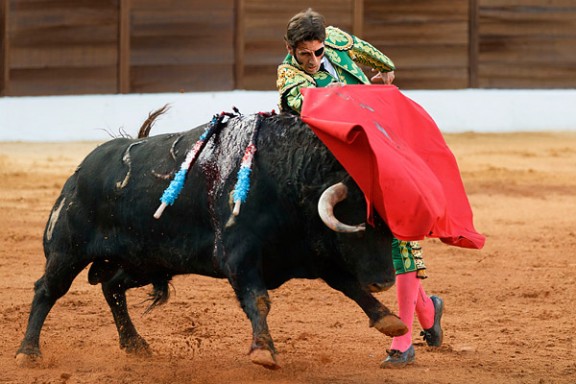 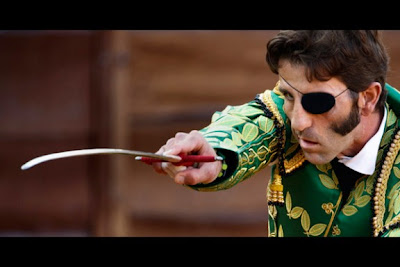 Photo by Daniel Ochoa De Olza/AP
He did it he said because of the "...need to win, to triumph, to be a better man."
Too bad Ernest Hemingway wasn't around to see a
genuine article.
Juan Jose Padilla's comeback offers a perfect
transition to one of my favorite Presidential Quotes.

Teddy Roosevelt
April 23, 1910 at the Sorbonne, Paris.
It is not the critic who counts; not the man who points out how the strong man stumbles, or where the doer of deeds could have done them better. The credit belongs to the man who is actually in the arena, whose face is marred by dust and sweat and blood; who strives valiantly; who errs, who comes short again and again, because there is no effort without error and shortcoming; but who does actually strive to do the deeds; who knows great enthusiasms, the great devotions; who spends himself in a worthy cause; who at the best knows in the end the triumph of high achievement, and who at the worst, if he fails, at least fails while daring greatly, so that his place shall never be with those cold and timid souls who neither know victory nor defeat.
Hat's Off to another tough guy
I've posted previously about Bob Foster, my friend and former colleague, who is in the midst of a bone marrow transplant in his recovery from leukemia.  Bob is not only tough, he demonstrates great humor and wit in the midst of battle.  Here's one of his daily postings, from just a couple of days ago.

Healthcare is like an artichoke (Sorry about the vegetable choice for the metaphor. I don’t like onions.) The longer you are treated for a condition, the more you finally learn the “why”.
I am gobbling down 3,200 mg of magnesium per day. Yet, I remain magnesium deficient. At this moment, I am receiving another 2,000 mg by IV. (That’s 5,200 mg for those of you listening in Loma Linda.)
An anti-rejection drug (Don’t you wish a drug could have prevented rejection when you were dating in high school?)prevents some magnesium absorption. Got it. But that much? No.
This afternoon I learned engrafting cells consume mega amounts of magnesium and potassium to make new blood cells. Holy catfish! Those little buggers are ravenous. They must be grinding out new cells at warp speed. (“Make it so, Number One.” –Jean Luc Picard)  And God is Number One.
Thank you, Jesus. Rev up that IV pump. Hand me the bloomin' pills. Engraft on, Lord.


I am crying with gratitude. Folks, your prayers are being answered. Was there ever any doubt?
Here's a toast to all who battle on with courage and
conviction, be the foe disease, a bull, a bully, an ideologue, a racist, sexist, ageist, corruption, poverty, or ignorance.
DAY BOOK
A TOUGH CHOP 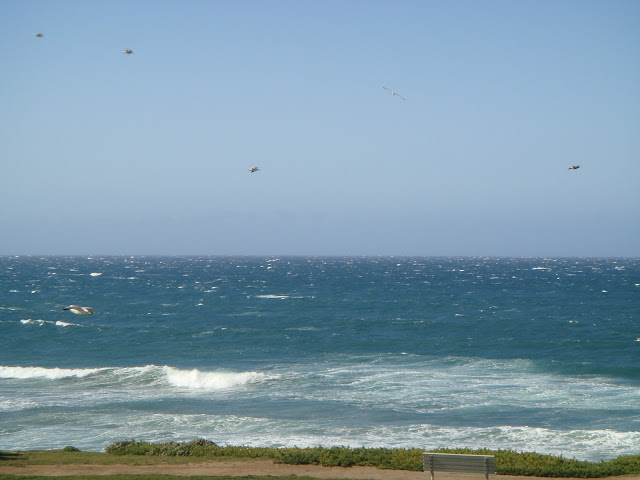 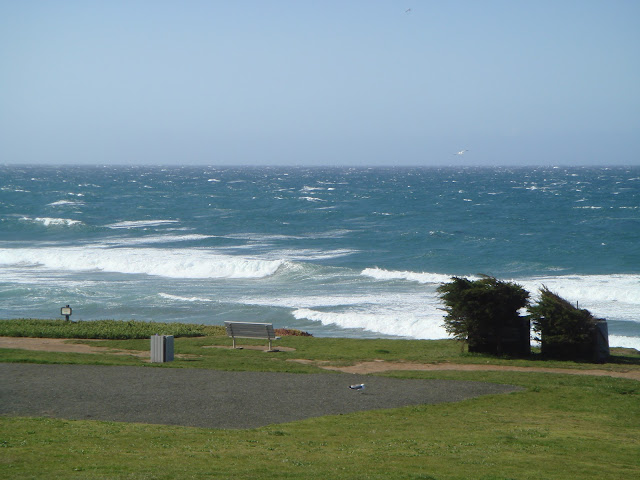 See you down the trail.
Posted by Tom Cochrun at 11:56 AM