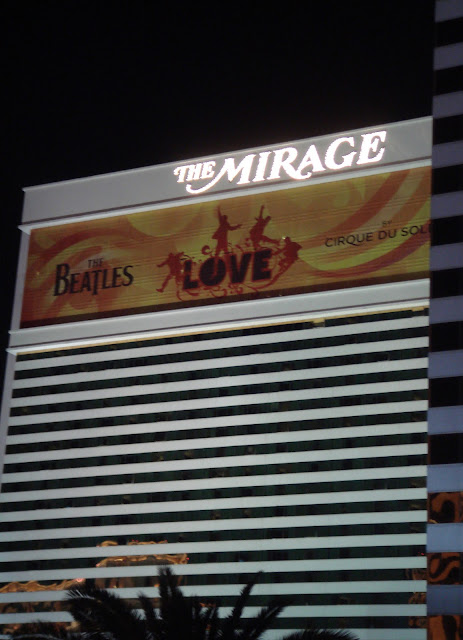 WHERE IN SOME OLD BOYS
REDISCOVER 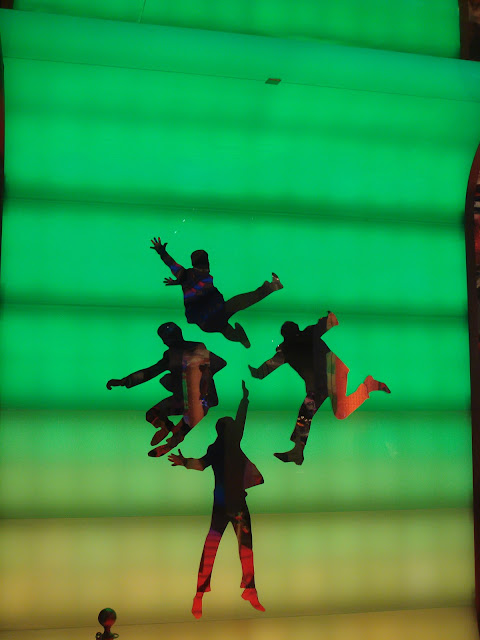 You are in the midst of a full cultural hiccup when a when a Beatles retrospective celebrates a fifth anniversary. 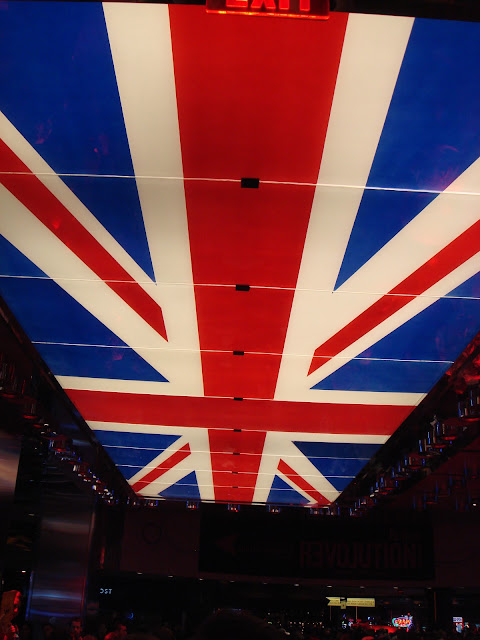 And you are in the presence of a transcending greatness
when the magnificent Cirque du Soleil is the ride into the power of the Beatles song book. 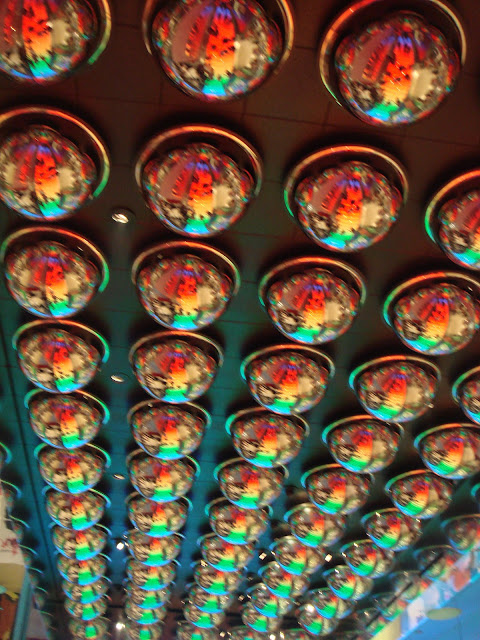 I'm one of those who think the Cirque troupes are among this planets greatest specimens of human skill, talent and creative imagination.  Already you know you are in for something extraordinarily special when you enter their arena. 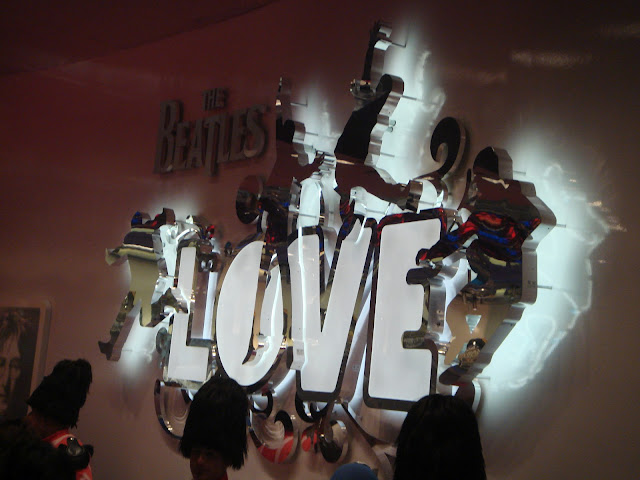 But when it is the Beatles that becomes the raison d'être, it's transporter time-beam us up, or back as it were.
As Linda, one of the boomer bunch who shared the time trip said, "It's more than a show, or a performance. It's a human experience!"
Every accolade that can be laid on this cast probably already has been.  They are all deserved, and then some.
You know how totally engrossing a Cirque performance can be.  What plusses this show is the music, voices, audio
documentary moments and the spirit of John, Paul, George and Ringo.
You are immersed not only into a full body assault of site, sound, texture and essence.  You are also "claimed," or captured and emotionally pulverized by the spirit of that time, its innocence, its playfulness, its youth-our youth.
As my friend Jim said "Several times I said I want to go back to that time. I want to go back to that age."
Boomers can, at least for a couple of hours.  Be ready
to let the tears flow. And then, at least in some special
way, feel something sweet and wonderful, again! 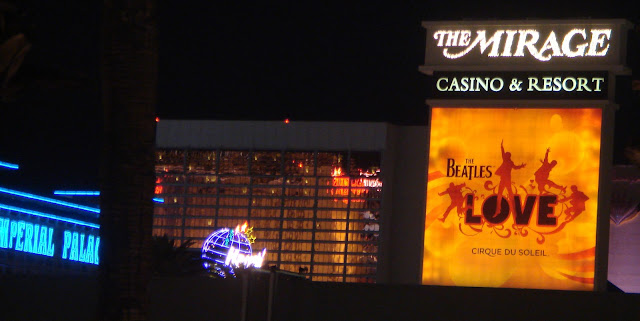 See you down the trail.
Posted by Tom Cochrun at 9:08 AM