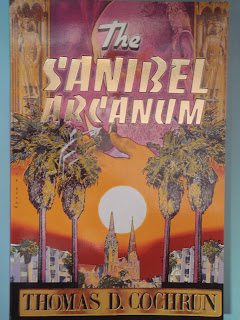 Tim Calvin and his family have come to lovely Sanibel Island for a dream vacation.  That dream soon threatens to turn into a nightmare, as danger and deepening intrigue wash in with the discovery of a mysterious engraved plate buried on the beach.  A medieval riddle, espionage on a world stage, and ruthless life-threatening plot make this a must read thriller with a twist.
Cover art by C.W. Mundy a signature member of the Oil Painters of America 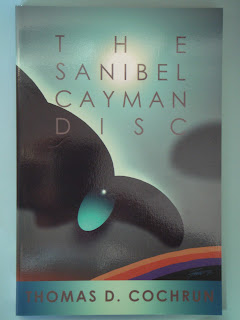 Tim Calvin is jarred out of his vacation mid-life pondering on Sanibel Island by a series of threatening intrigues.  A retired KGB officer who is black-market-brokering bio-weapons threatens Calvin's family and his beloved Sanibel.  The growing world terror of bio-weapons becomes the central focus in this
mystery/thriller intrigue whose actions ranges from the mid-west to Florida, from the Cayman Islands to the Dominican Republic and finally to Russia.
Cover art by James Wille Faust whose work is in private collections, galleries and museums around the world.

AUTHOR FRIENDLY ORDERING INFORMATION
Both books are available at various on-line booksellers though inventory is spotty.  The publisher, Guild Press, was purchased by a media conglomerate that eliminated the literary imprint in favor of "coffee table" and photo books.  I took possession of the copyright on both books, though not all of the inventory.  So, if you'd like a copy of either, the best avenue for me is a direct sale.
Price $10.00 plus shipping.
Contact me through Light/Breezes.

ABOUT TOM COCHRUN AUTHOR/JOURNALIST
Tom Cochrun writes Mystery and Thriller novels and short stories rich with authentic location, historical reference or story line and with an ear for dialect and unique character voice. Cochrun has been a globe trotting journalist and documentary producer who brings a powerful sense of presence to his work.
“When a review or reader praises the unique voice of a character, I say it is because of all of those years of doing interviews, listening and editing that I learned each person speaks and thinks with their own rhythm.  I appoint my characters with their own voice” Cochrun says.
Cochrun's reporting and producing assignments have taken him to the far corners of the world including Africa, Israel, Cuba, the Dominican Republic, Brazil, Nicaragua, Guatemala, Turkey, Greece, Belize and western Europe.  He's reported from the White House, the U.S. Congress, and war zones.
“I’ve collected images and experiences and I call them my scene bank” he says.  Those include dictatorships, the intrigue of intelligence and espionage, life under the triple canopy of rain forests, wild game fields of the great rift valley, slums on two continents, archeological digs, the rims of volcanoes, the aftermath of disaster and tragedy, the vastness of nature and the game of high stake politics.
Cochrun has reported or produced from Nairobi, Havana, Istanbul, Berlin, Jerusalem, Tel Aviv, London, Paris, New York, Rio, Managua, Athens, Nice, Cannes and Washington.
Cochrun is a national Emmy winner for his investigative documentary KLAN, that David Brinkley called “one of television’s finest hours.”  Cochrun was executive producer of the 2006 George Foster Peabody Award winning “Command Mistake”, an investigation of battle helmet related injuries in Iraq.
A member of the Mystery Writers of America, he is the author of THE SANIBEL ARCANUM, THE SANIBEL CAYMAN-DISC and co-author of CRISIS COVERAGE AND NEWSROOM MANAGEMENT.  Cochrun is a former correspondent for New Times Magazine and has written magazine and newspaper articles for 30 years.
“I’ve had a life choked full of experience and adventure and I’ve tried to keep good notes” Cochrun chuckles.  “A lot of it just naturally works its way into the creative process” he adds.

In January 2007 Cochrun retired as the News Director of a major market television station where he managed the editorial, operational and financial details of the news gathering organization.  He is a former President/CEO of an international television production company.
Cochrun was producer or executive producer of 30 television programs.  Cochrun’s programs have aired on The Discovery Channel, TLC, Court TV, The Travel Channel, Speedvision, Outdoor Life, Odyssey, PBS affiliates, syndicated in the U.S. and distributed in 170 nations.
Mr. Cochrun is the director and writer of the Discovery Channel program Sniper School, an intimate look at the U.S. Army training program. In undertaking the program Cochrun spent five weeks at Ft. Benning with a class of Rangers and Airborne soldiers taking the hybrid training. At Ft. Benning he was involved in drills testing the concept of "embedding" journalists with combat forces.
In producing and writing Volcano Hunters, Cochrun spent weeks with Volcanologists on volcanoes in Hawaii and Alaska.
Mr. Cochrun produced and directed G-Man-the Making of an FBI Agent, following a class of new agents through the 16-week training program at the FBI Academy in Quantico Virginia.
Cochrun has been a news analyst and commentator.  He is also a popular public speaker and frequent lecturer. Cochrun and his wife live in a village on the central coast of California.