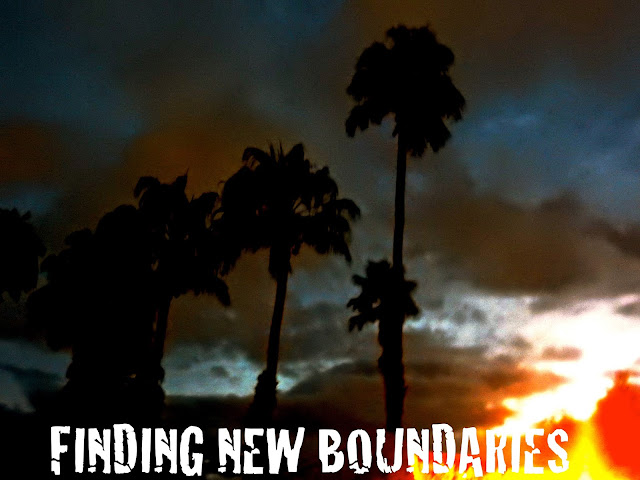 A telling meme in circulation depicts the Twilight Zone's Rod Serling standing in front of Donald Trump in the oval office.
The US is about to pass into uncharted territory. It is like a launch without calibrations. More doubts, questions, legal challenges, character faults, inconsistencies, lies and division hang over this transition of power than any in modern history.
Old time wags used to speak of the "ship of state." A Matrix hovercraft like the Nebuchadnezzar or Blue Dreamer is a more apt analogy, given the pace of cyber warfare, omni present surveillance, social media battles and the complexity of real diplomatic intrigues. This old democratic republic has never seen the likes of the incoming gang nor a more divided electorate. A surrealistic carnival is about to open in the land of post-truth. In another borrow from the Matrix, which pill will most people take-the blue or the red?
As for me, I'd prefer to sail off in a wooden shoe on a river of crystal light with the "never afraid three," Wynken, Blynken and Nod. A grand daughter may indeed be my antidote. 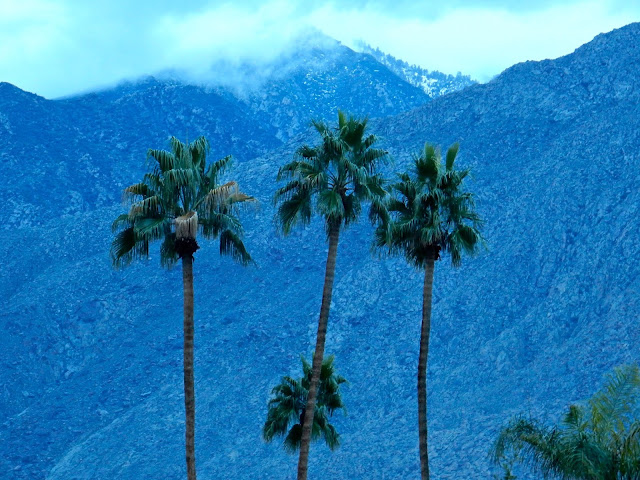 Do you ever feel like a tennis shoe at a tuxedo and gown ball, or bib overalls on a rack of swim suits, or like you got on the wrong bus? I've just returned from that place.
Look at these happy and engaged people. 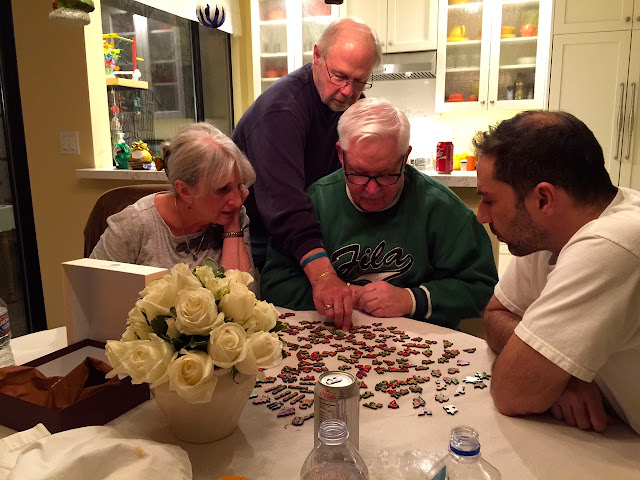 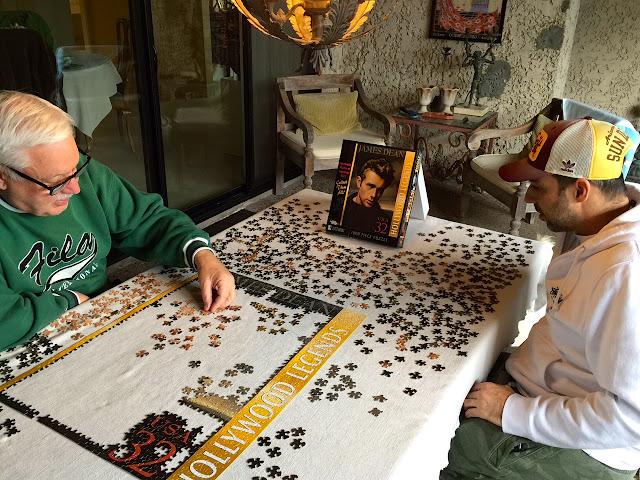 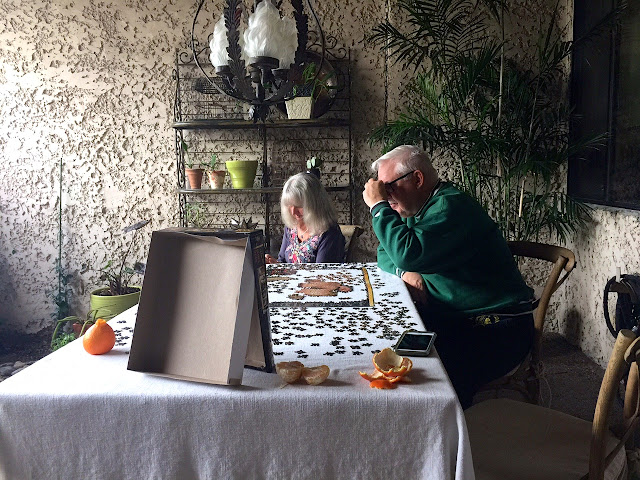 The more complicated or the more pieces-like 1000 !-the happier and the more engaged they become. Bill, Marcos, Bob and Lana love, really really love to spend hour after hour pouring over sadistically jig sawed pieces, straining eyes to master another Wentworth or some other exotic puzzle. 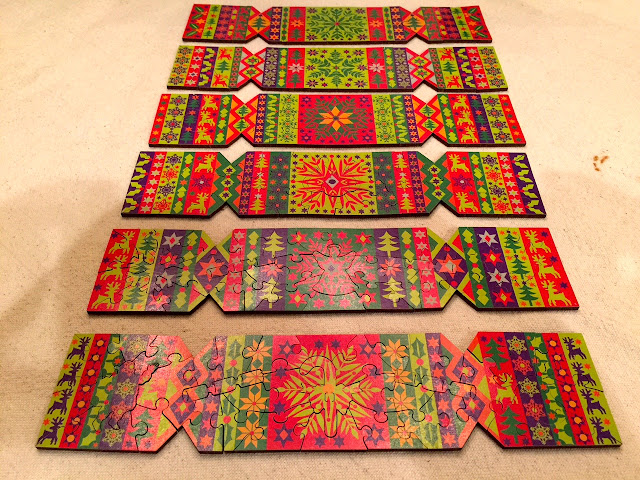 I'm cut from other stuff. I'll wander in from time to time and even spend a while searching for a fit. It is a short while I spend and rarely do I connect a match. Many attempts perhaps, dashed in frustration and aborning a silent loathing.
Morning, noon and night these people actually seem to enjoy the labor. I read, maybe nap, take a walk as on and on they work. Bob and I snuck in some football watching.
The finished puzzles are something to behold and our fine and patient puzzlers do seem to take a moment of pride. But I think it is more about the journey than the destination. When it comes to puzzles of this sort, I guess I'm a destination guy.
How about you?  A puzzle worker? The journey or the destination?

Although I am very interested in the Washington puzzle.
Will Republicans find unity or will the extreme wing chew on their own? Will some semblance of a Republican party dance with the Donald or will they regard him as rude, crude and crazy? Will the Donald understand the Presidency requires real work and exists beyond the Twitter stream?  Will the Democrats find their way? Will the two parties find a way to cooperate? Will the Republicans kill the Affordable Care Act BEFORE they have a workable alternative?  How long before the conflict of interest whistle blows? When will we hear the first rumblings of impeachment? How long before those angry and desperate Trump supporters realize he's created a government full of Billionaires who care less about their needs? How long before the sexual assault charges resurface? And on and on.  Actually I think I'd rather join the fishermen three in their wooden shoe on the ruffled waves of dew.