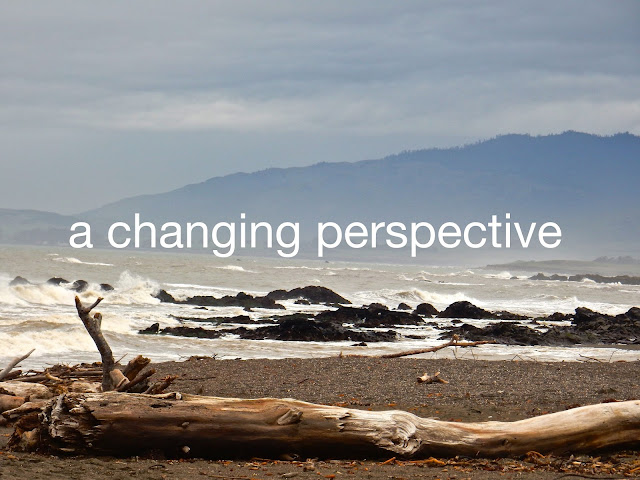 Something is going on, changing deep in the inner universe that is consciousness, mine and perhaps yours too.
Maybe it is age, or the jarring reality of recent social change. I'm at a bridge where personal interests are being over taken by a concern for those who will live when I no longer do.
No, this not that sort of post or motivation. Certainly am not rushing wanting to depart. I'm fortunate to enjoy life and living but some measurements are beginning to change, lengthening and even broadening.
Climate, resource protection and reclamation, changes in nature, pressure points in the human food chain, ethical treatment of human suffering and misery, political order, anticipating the impact of artificial intelligence, burgeoning medical technology, the wonders of regenerative medicine, evolution of our specie, preserving life in an interdependent eco system, genetic manipulation and more that present us with profound issues and questions. First, are we even mature enough to deal with the consequence.
There is a positive charge in engaging in something that will go beyond our own shadows. Strategizing, trying to establish and enable dynamics, systems and adaptations for a future. I am no scientist as my chemistry lab partner Janice Anderson discovered many years ago and as I have been reminded many times when I struggle to read science tracts and research. I am awed by those who advance knowledge and understanding. I appreciate their touching the arc of history and from time to time I have interpreted their efforts for a reading or viewing audience. I am not a man of science, but a man of words.
Words matter too. They are the glue that gives our purposes structure. Getting older, reflecting on a life in journalism, study of philosophy, spirituality, religion, creeds, social compacts and decades of politics I think I have emerged as a kind of postulant ethicist. No one appointed me. There are few professional ethicists, but it is the "ethics of living" that have begun to calibrate and reboot in my inner mind, making me an unwitting accomplice in this concern about the future. As the latest iteration of human bipeds perhaps we all should consider the ethics of human existence on this verge of something.
Living in the orbit of Silicon Valley, I am perpetually fascinated at advancements in artificial intelligence, mixed reality, virtual reality, bio medicine, big data and the like. But I have begun to also note that we make jumps and leaps without giving prior thought to what it will mean; i.e. how will this likely change things, or how could this go wrong, could it be weaponized, that sort of thought.
We make giant leaps at a time when more people think only as deeply as 140 characters, or their Facebook news, when we see increasing evidence of a decline in critical reasoning skills, when history is barely known, when classics are replaced by Marvel, as we seek happiness in what we buy or own.
Have you given any thought to what it means to be a human being? What makes us human? A brain, a heart, emotion, love, what?  Now consider how many implants or  replacements, or memory chips in the brain, or bio mechanical organs, prosthetics or synthetic blood do we need before human life, as we know it, ceases and something new emerges?
These wonderful but profoundly changing circumstances will have more impact on our children and grand children than us.
Probably few people have given it much thought and that in itself is an ethical issue. We cannot nor should we impede science and research or healing systems and technologies. In just one simple query-how well equipped are societies for extended life spans?
Isn't now the appropriate time that humanity deliberates, before epochal changes? Sci-fi writers and directors have long toyed with these themes but would we be content to see life imitate art? 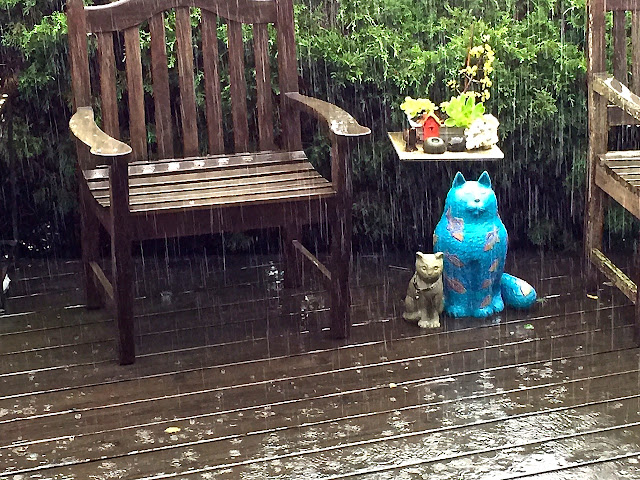 For the record we've had 8.7 inches of rain on the California central coast since January 1. That is more than we had for the full year 2013-2014. Total for the season is 20.93 making it the most since 2010-2011. Yes, there have been mud and rock slides. Historic Santa Rosa Creek road caved and it will be some time before repairs are made. Scenic Highway 1, the Pacific Coast Highway, has also taken some abuse, but after 4-5 years of drought, we are happy we've been blessed with the rain. 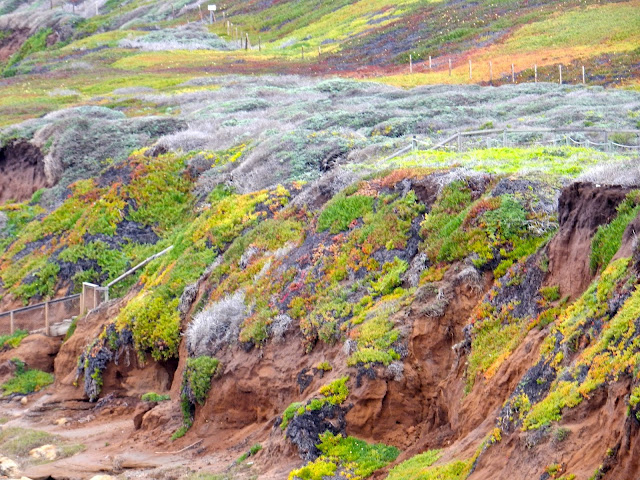 The bluff trail north of Cambria
standing together
A lot of people are pushing the White House Correspondents Association and other Washington based media groups to push back against early signs the new administration intends to play rough and dirty with some media outlets.
Tough questions are simply part of the process. An adversarial relationship is the nature of the game and everyone, the White House, the media and the electorate are served when the media plays a watch dog role.
Divide and conquer is a technique of this administration. Combine that with the too common "careerist" motivation of some of the press corp and we could be on a slippery slope. Reminding the outlets that if one is targeted or banned, all could be has been the effort of many around the country. This is no time to forget the important role of the 4th estate.
One thing they need to do a better job of is pressing this administration for details. We still haven't seen the health care plan that is supposed to replace the Affordable Care Act. Nor does the president elect ever give much detail. At some point we hope he realizes he's got to be presidential. He seems stuck in the mode of being the hustler on the campaign trail.  He's done nothing to convince me he's not an narcissistic idiot incapable of a complex sentence, let along thought. But maybe I'm wrong.
See you down the trail.
Posted by Tom Cochrun at 8:13 AM