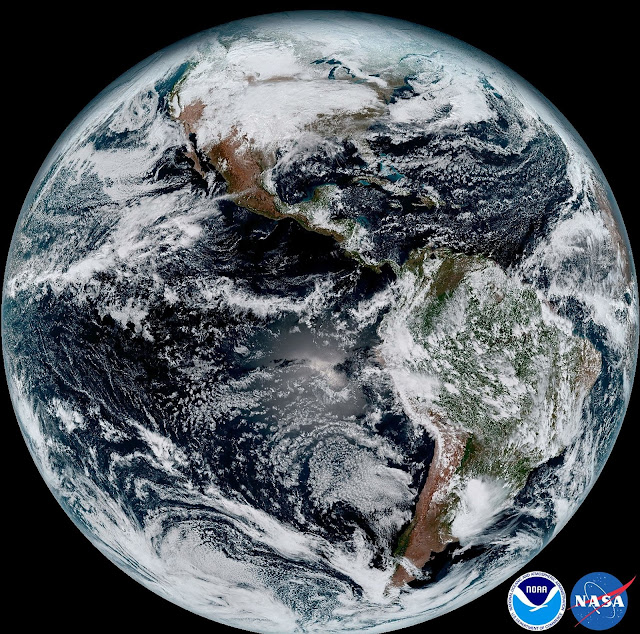 Photo from GOES-16  Courtesy of NOAA via Agency France-Presse

As my friend Tom said when reviewing the recently released photo, "Spaceship earth still looks pretty good, despite all of the abuse." Indeed it does.
But it confronts us with the challenge of protecting it and all of us from a dangerous man. We look at that in a moment, but first we celebrate. 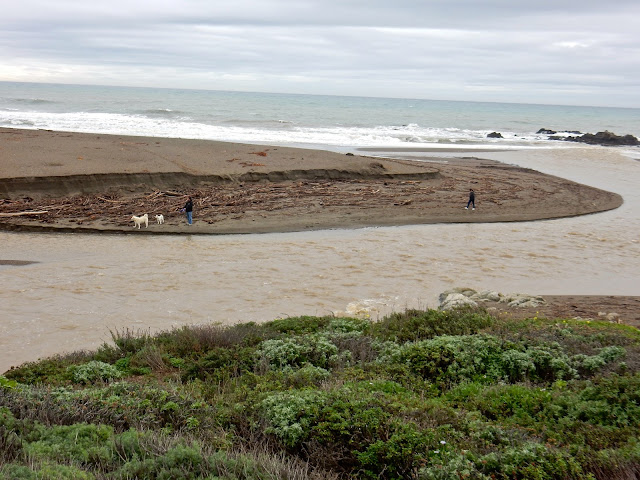 The rains of January have turned Santa Rosa Creek in Cambria into a river. These shots, where the creek meets the Pacific, show how a normally trickling creek has re-contoured the beach. 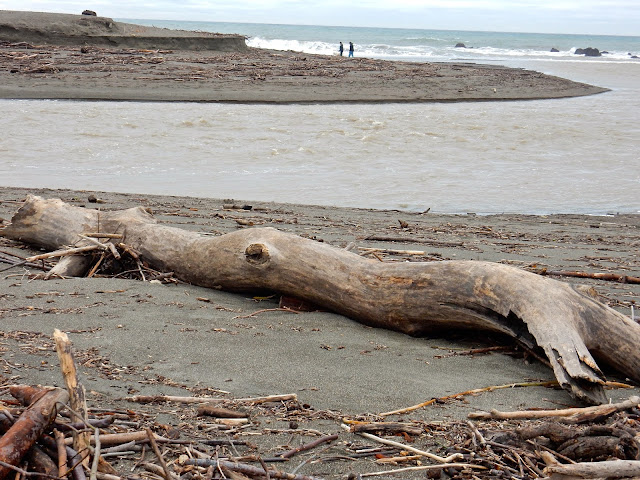 It has moved with such force as to cut embankments and deposit drift wood in piles. 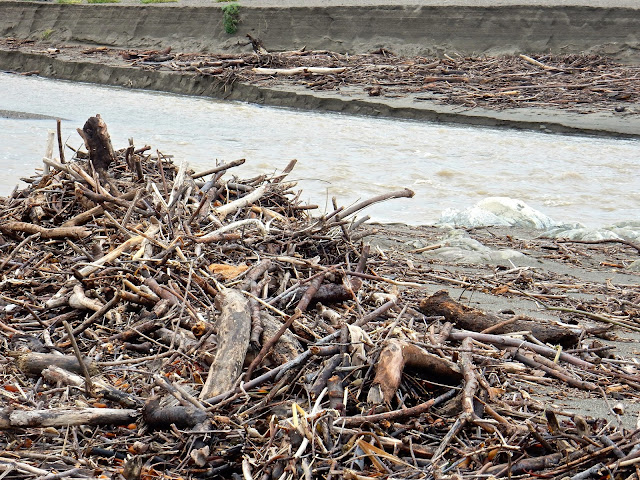 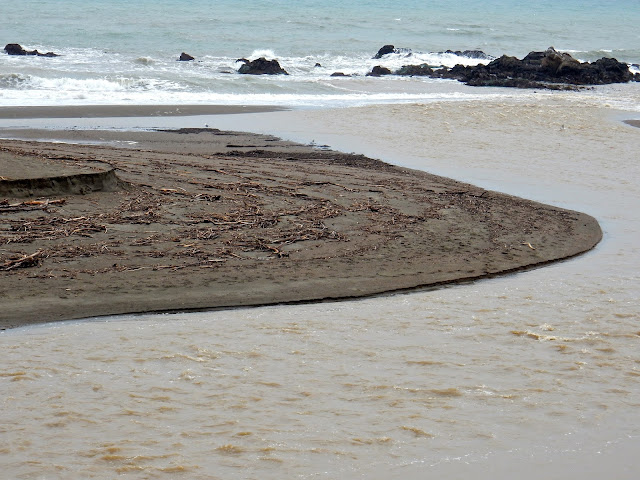 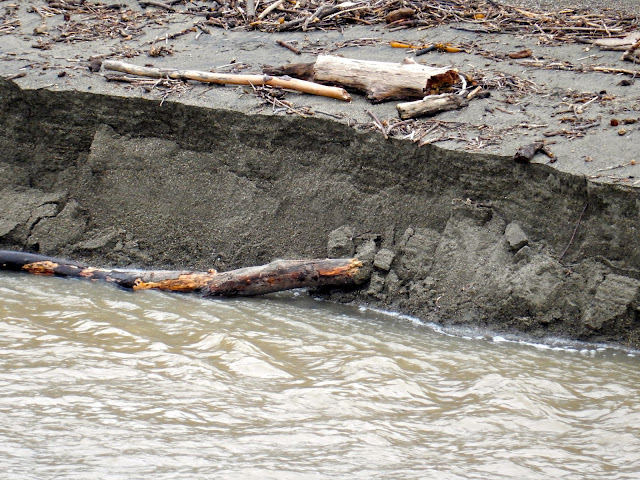 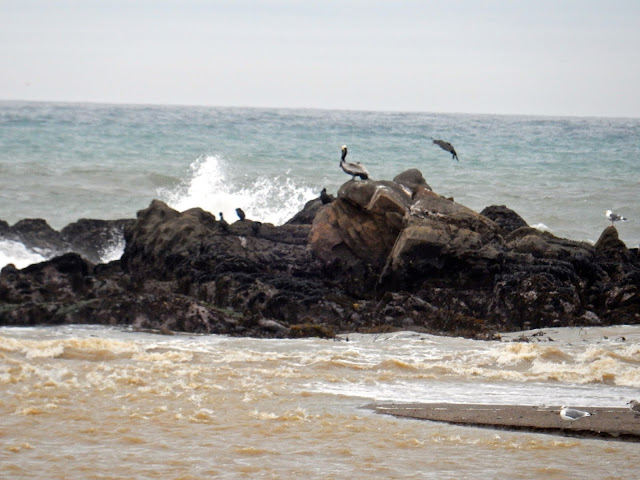 First a word to readers, an apology. When I began Light/Breezes 7 years and more than 1,000 posts ago it was not my intention to fill this space with political analysis or rants. It still is not. However 42 years of journalism including investigative and political reporting and international documentary work has shaped and instructed my world view. I have devoted more words to politics in the last couple of years because of the reality we are living.
During my career I assiduously tried to remain non-partisan. In my personal life I have been bi-partisan. I have voted for Democrats, Republicans and Independents. But I tell no one who I vote for. I am a pragmatist and favor those candidates who tilt toward solutions. I distrust all politicians and especially those who are ideologues. I admire those who engage in realpolitik.
Some readers, and some friends have responded that I have been unfair to Donald Trump and so that brings us to the realpolitik of this moment.

dump trump
Donald Trump is a danger to this Republic. He lacks the skill, temperament, ability to reason, finesse, character and intellect required of the President. He is a liar, tax cheat, shifty business hustler, sexual predator, narcissist and is not smart enough to know he is being used. I will give him this, he knew his reality television show audience would love him and he knew both parties had ignored some who had been damaged by the near depression and the changing nature of work in America.
It is not just that he has no mandate, a minority president behaving as if he'd won by a landslide, I think he lacks the mental balance to hold the office. I have posted all of this but everyday bears it out.
That is about Trump, a sick and deplorable cretin. More important is what this means to everyone else?
I would not assail you were it not a great challenge to our future in several ways. You can read better analysts or ethicists but I would think it failure and cowardice should I not use this opportunity to engage your concern.
This is not merely sour grapes, or simply disagreeing with policy or politics. You win and you lose, that is life. No, this is to support the case Trump is unfit and a danger.

where do they stand?
What about the Republican Party? What about Trump voters? Before we wade any deeper there is an undeniable reality at work. He is acting, via executive orders, to do things the majority of American voters disapprove. It is fact most Americans don't want him in the office. They certainly don't want him doing what he is and threatening not only this nation but the planet. Presently most Trump supporters are in denial of that, even his serial lies.
It is important the Republican party leadership stand up to and even challenge Trump. Sadly, it appears, Mitch McConnell and even Paul Ryan would like to have it both ways. They want to use Trump for their own advantage. Unless they make a break they will be seen as cowards.
Think I have overstated that? Consider this-from a man who served as counsel for Condi Rice when she was Secretary of State. This is a conservative Republican speaking to others of that stripe. The writer is Eliot A. Cohen in the Atlantic.

"For the community of conservative thinkers and experts, and more importantly, conservative politicians, this is a testing time. Either you stand up for your principles and for what you know is decent behavior, or you go down, if not now, then years from now, as a coward or opportunist. Your reputation will never recover, nor should it."

Mr. Cohen is director of the Strategic Studies Program at Johns Hopkins, an author and a highly regarded international analyst.  Consider this as he echoes what former Presidents, national security, intelligence and military leaders have said of Trump.

Precisely because the problem is one of temperament and character, it will not get better. It will get worse, as power intoxicates Trump and those around him. It will probably end in calamity—substantial domestic protest and violence, a breakdown of international economic relationships, the collapse of major alliances, or perhaps one or more new wars (even with China) on top of the ones we already have. It will not be surprising in the slightest if his term ends not in four or in eight years, but sooner, with impeachment or removal under the 25th Amendment. The sooner Americans get used to these likelihoods, the better.

I believe this. History has shown us a precedent. So, I am sorry if you come to this blog for something else, that I intrude  with these passionate thoughts. I write this as a defense for my daughters and my granddaughter. When I am gone I will have, at least, left an honest effort to help motivate people to think about the seriousness of how we live and respond, especially now, in the face of this unprecedented menace.
a future
I will seek to guide this blog with photos, reflections and thoughts that are indeed filled with light. Still I will use the energy I have to cast light where it may illuminate.

Now is not the time to bury your head in the sand and that is especially true for those of you who provided the minority votes that were enough to put this threatening menace in office. How much do you need to see? Millions around the world take to the streets, experts by the score warn about him, mental health experts offer their advice, he's already begun to destabilize international relations, he's replaced a military chief from his top council and replaced him by a Neo Nazi malcontent as strategist, he lies and obsesses about the size of a crowd, he believes he is above the law. It is madness. No administration in history has begun like this. Already social order is being pushed. When enough of you come to your senses it will help to remove this man.