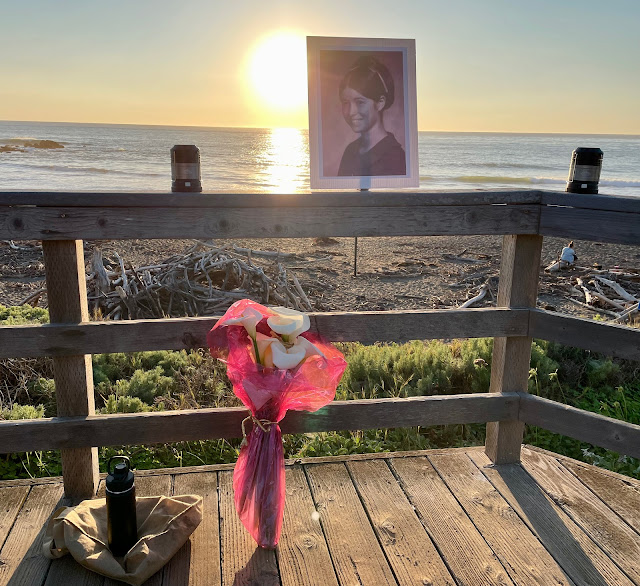 Our village was shocked and saddened to learn of the passing of Ruth Armstrong, unforgettable Ruth. 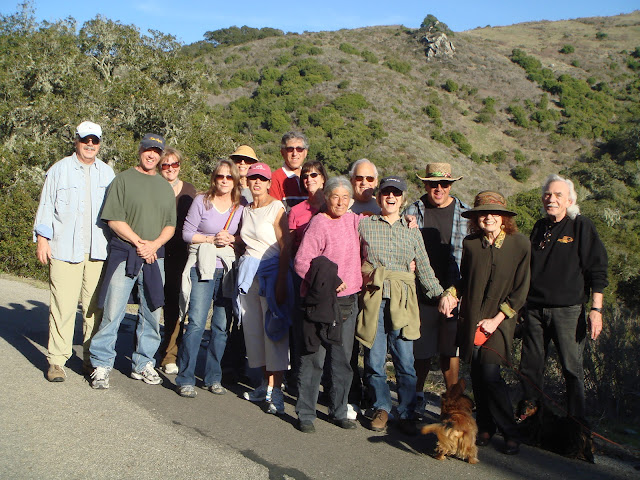 A hike a few years ago, found Ruth, in the pink sweater up front, where she usually always was, in the midst of friends.
She introduced people. She was a wonder at matching folk with new friends. It was her mission to make sure everyone knew each other.
You could set your clock by Ruth; mornings at her favorite coffee shop with a group, mid day doing her daily stroll through the village, afternoon stop at the ice cream and coffee spot, regularly at the Lodge on music evenings, at almost all live music venues and each evening watching the sun set at her favorite spot.
That's where we gathered.

It's on Moonstone Beach, where the creek flows into the Pacific.
I used to kid with Ruth that she knew more about the village than anyone else, because she knew more people than anyone else. I told her she should write a newspaper column.
She had grown up at the family home in rural southern California, not far from the Roy Rogers ranch, and spent summers in Europe.
She'd lived in the Bay Area and fancied herself  knowledgable about all things Berkeley, including the early days of Cafe Chez Panisse. Others will agree, she made the absolute best hazelnut cookies in the world. They were a work of the baker's art.
Ruth was an artist and part of the of Cambria art culture. She lived in an historic early Cambria log house that her renown mother had shared with an early Disney film director. She remembered Disney people. A unique life, shared with friends.
We almost lost her a few years in a freak accident when a truck rammed through the wall where she was sitting in the village. She said she was saved by the large old pew in which she sat. She was broken, but not daunted and eventually got back to her daily village strolls, though with a limp. 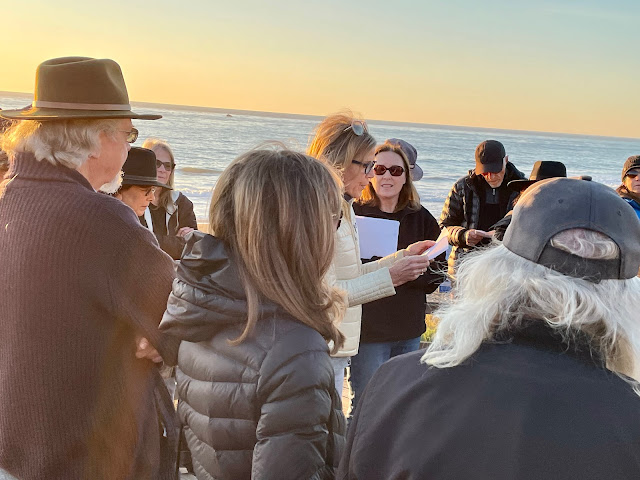 Thanks to friends for the "Ruth appropriate" memorial gathering as the sun set at her favorite vantage point.
Johnny, Christy, and Joan called us together. 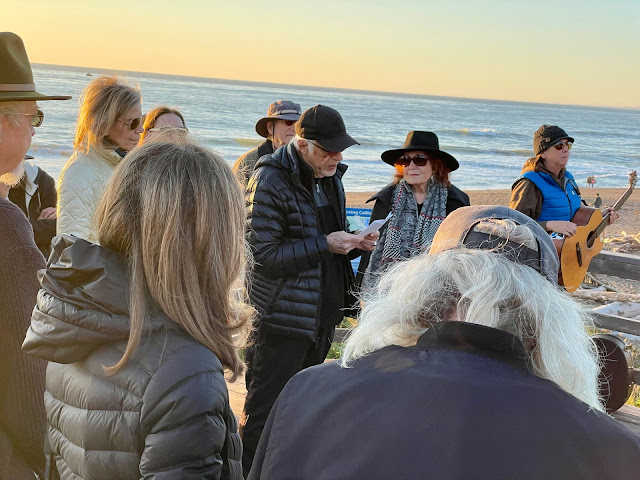 Ruth, like most of this part of California, was a fan of troubadour Jill Knight who helped us remember our friend. 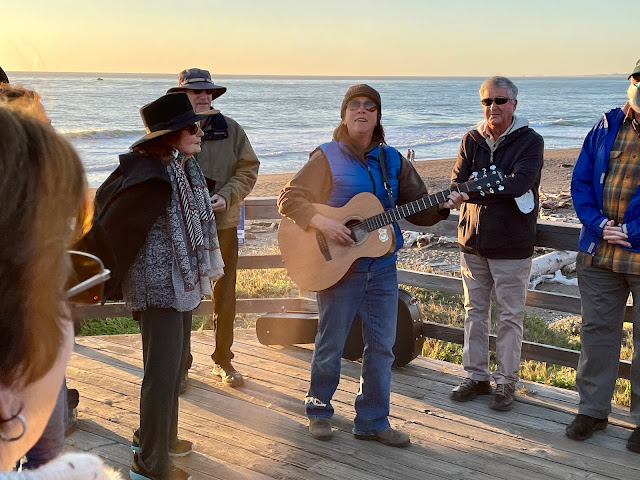 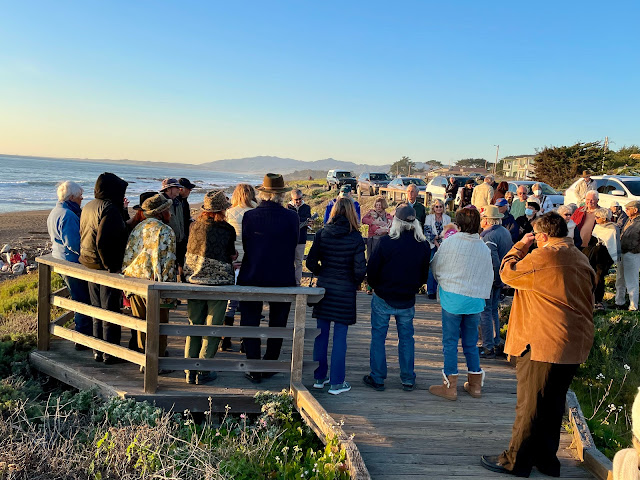 In a sweet, sad and cosmic irony, the gathering brought people together who had not seen each other or spent much time together during  the last two years, because of Covid.
Because of Ruth we were together again. 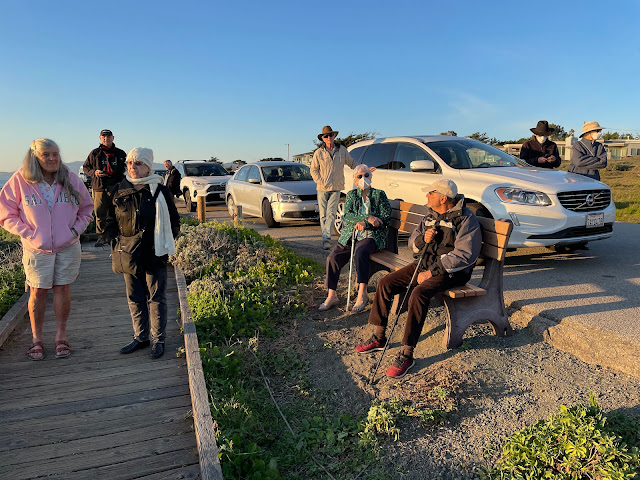 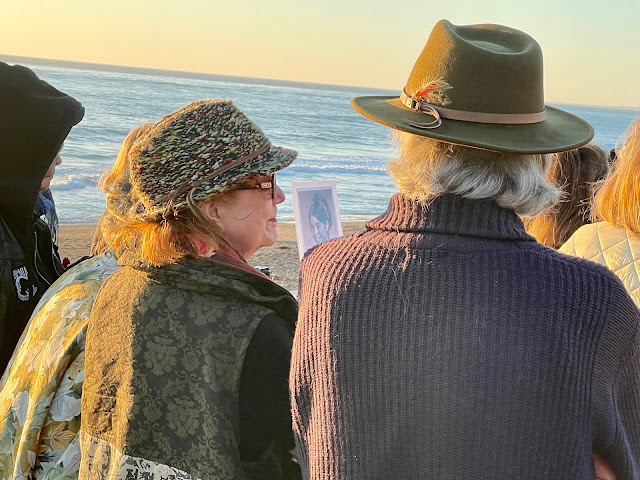 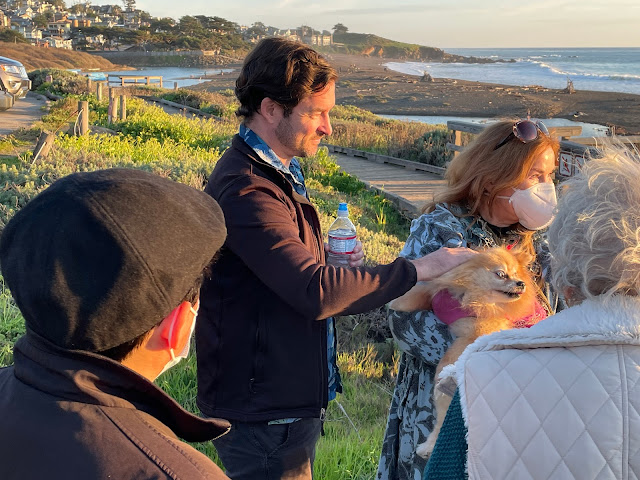 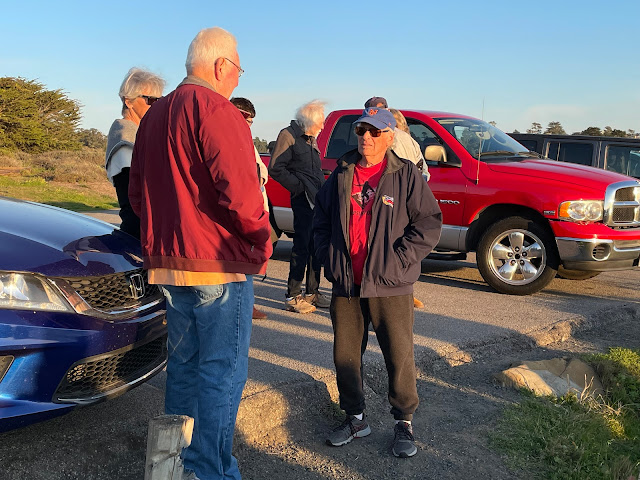 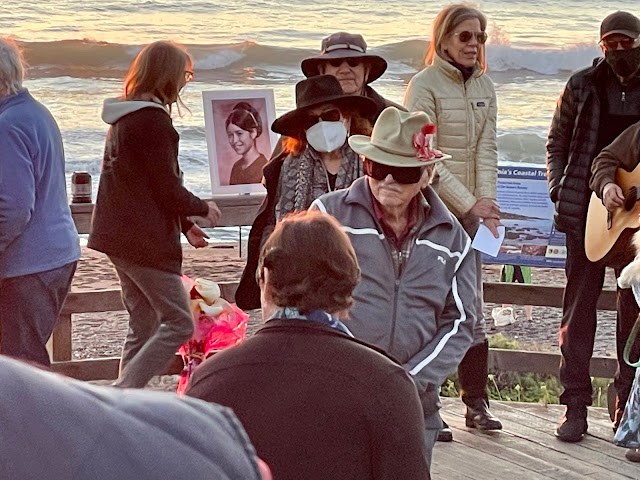 Someone remarked they'd never heard her say an ill word of anyone.
Her passing leaves a vacancy in many lives and certainly for Cambria. 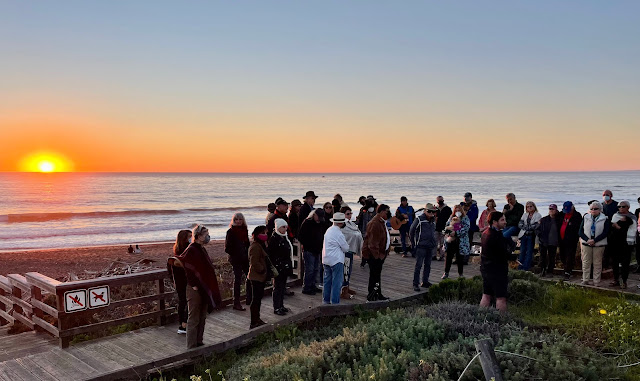 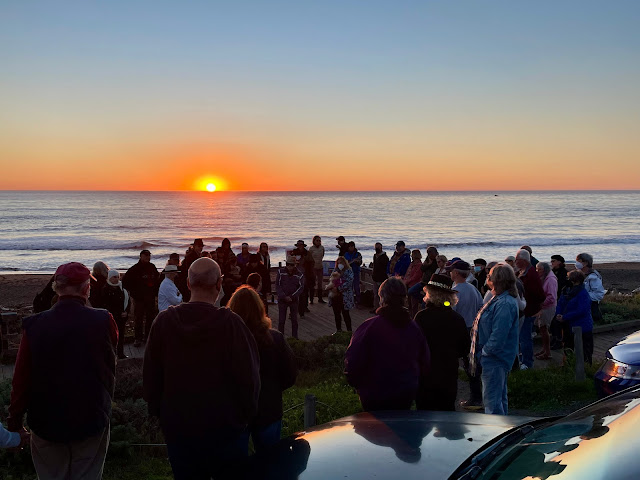 In a village known for free spirits and individual thinkers, artists, and intellectual vagabonds, Ruth cut a unique persona.
She was and remains a true Cambria character. 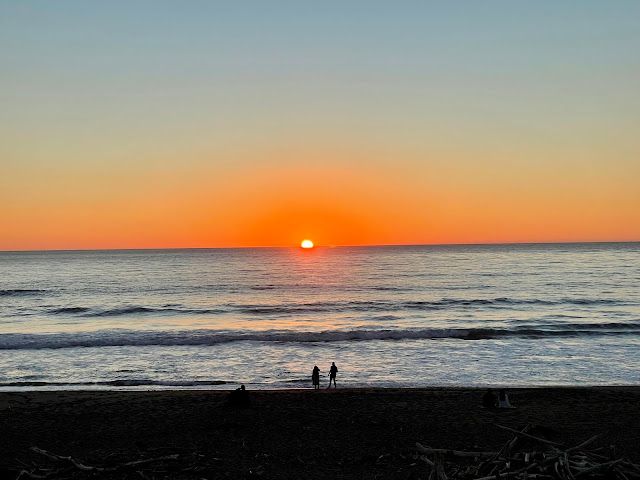 In the last duty for her friends, she got a perfect sunset that we could share.
Stay safe.  See you down the trail.
Posted by Tom Cochrun at 1:59 AM