The Time Has Come and What Is Life? 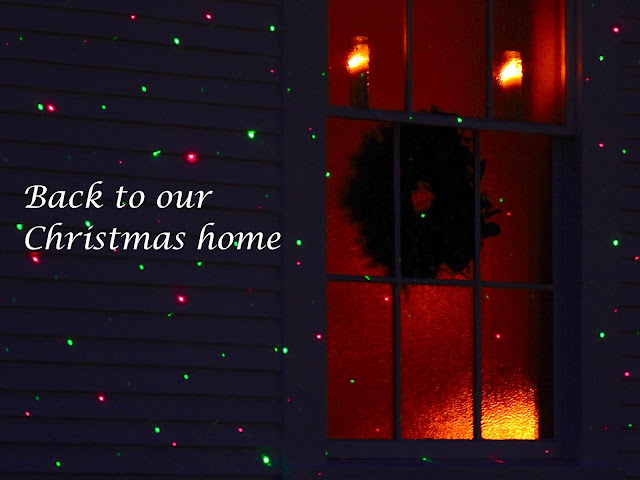 The real Christmas season arrived, carried on rich strings, voices and delivered in a "conversation that turns back the clock." 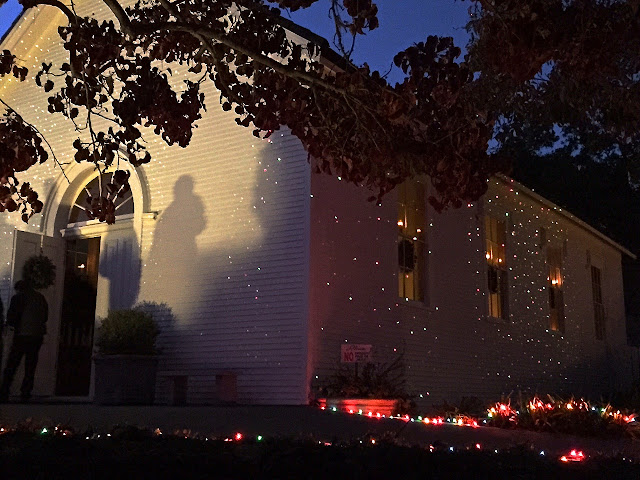 From its hill side perch over looking Cambria's east village the historic Santa Rosa chapel was aglow, as it has been over more than 140 Christmas seasons. It is a special night, a "homecoming" that blends more than a century of lives, hopes, meditation, music and the unique poignancy of Christmas. 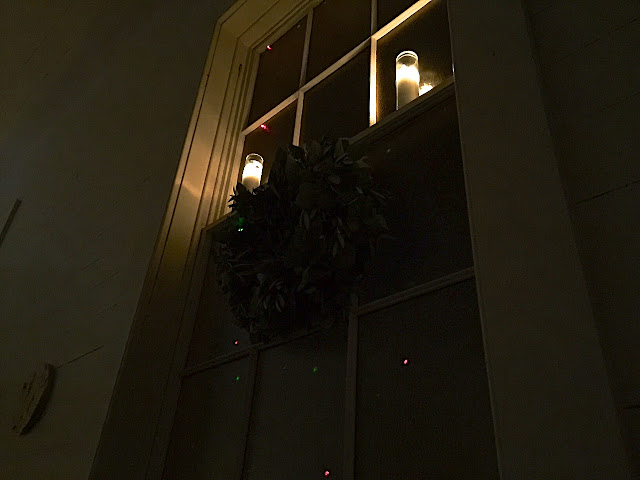 Each year is special, in its own way. We were accompanied by Jack who only recently lost his beloved Lydia, a dear friend. Jack is a masterful Viola player and has performed in Strings in the Chapel, but on this night he could enjoy and be soothed by the wonderful sounds.
As frequent readers will recall a special moment of the evening is when Judith Larmore reads a Christmas Reflection. They are beautiful and vivid nostalgic gifts that weave the magic of memory and heart felt moments into a kind of garland symbolic of the season's emotional glow.
This year she began with an apology. The very recent loss of her sister, the passing of Leonard Cohen, the emotional division of post election America, and other stresses left her depleted. So she went to the "archive" and presented a letter home she wrote a few years ago. As her work is, that letter was timeless. Given the losses, setbacks, worries and fear of of so many it was the perfect gift.
Judith said even when people are gone and times change we can "go home again," in our memory.  She said we can see people who are "older but more beautiful" and we can experience a "deep love." This is a season where time "stands still with people we love." And as change is on the wind Judith noted our remembrances allow us to "look back before moving ahead."
Bruce Black's humorous tales of adventures with his grandmother and his recitation of Twas the Night before Christmas, the extraordinary music in the candle light and the gathering of friends filled me with a great cheer that has been recently absent. Christmas time has arrived. In its way it is a light from darkness, a joy amidst loss in hearts and life. Specific thanks follow below.


searching for life
Some of the brightest minds on the planet are gathering in Irvine California this week to discuss Searching for Life across Time and Space.
The National Academies of Science, Engineering and Medicine has convened in advance of pending missions of exploration to discuss what is life, what does it look like, how would we know if we have discovered it in some distance from our home planet? The curious can examine the agenda here.
They are good questions. No one knows what life may be like away from earth, under different conditions and dynamics. In 2018 the launch of the James Webb space telescope signals the beginning of examining planetary atmospheres. We'll be more "hands on" when we launch a probe to Europa, a moon of Jupiter to examine what we presume to be water.

better late than....
Finally the federal government has acted with something close to honor. The Army Corps of Engineers refusal to permit final approval of the Dakota Access Pipeline shows respect for native nations and first citizens. The Obama administration was slow to act, but the refusal is a temporary victory for those who gathered at Standing Rock to protect water, sacred land and Sioux tribal rights.
The Sacramento Bee said it well in an editorial:
"The about face is miraculous and rare.  Throughout history, various arms of the U.S. government have shamefully dismissed the rights of tribes, usually siding with those seeking to make a profit."

Read more here: http://www.sacbee.com/opinion/editorials/article118836913.html#storylink=cpy
"Shameful" indeed! Nothing can make up for the illegitimate birth of our nation by invasion and thievery but this small gesture is important though the Trump ascendancy  remains a menace. Trump has financial interests in DAPL.

going to be watching you 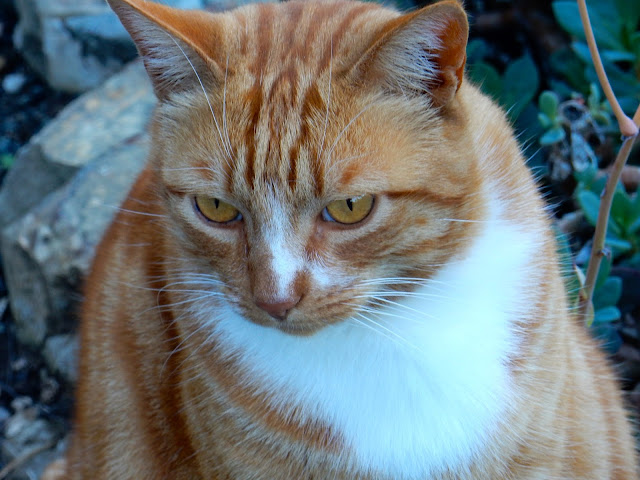 A warning to elves--someone maybe watching you back! 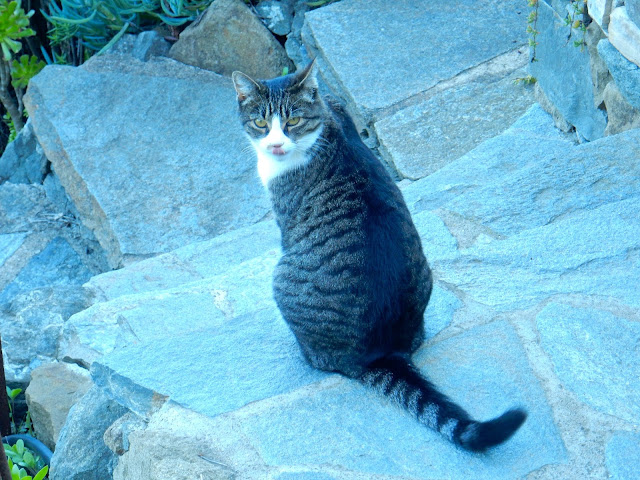