You Need to Pay Attention 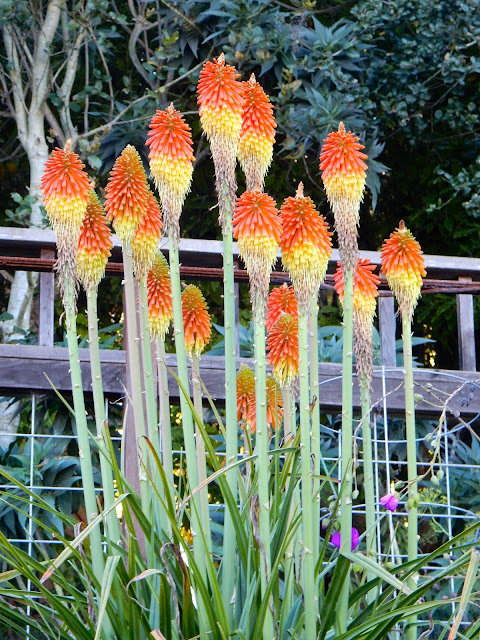 the redhot poker or torch lily in our back garden
Winter's face on the California central coast is a far cry from the snow, ice, sheets of lead gray skies and cold rain of my native Indiana.
Here nature adorns itself with festive color and blooms and cattle birth new calves. A few blogger friends have posted scenes of snow recently and while I enjoy the pictures, I'm pleased to no longer shovel, scrap or drive in it. I've become a weather wimp. 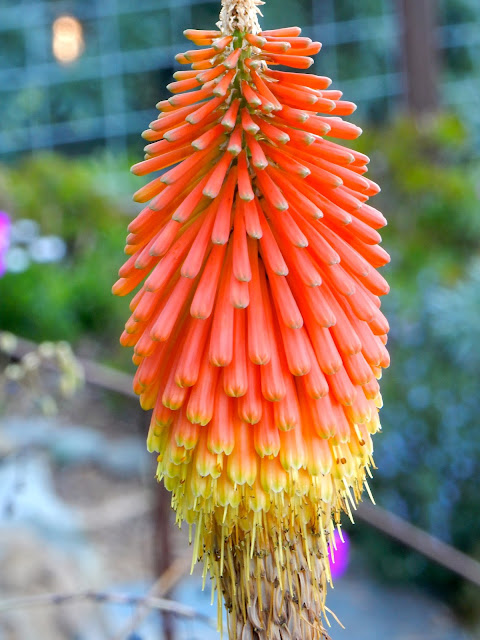 As much as I've tried to ignore it, the color of this poker stirs a thought about the president-elect.
Mr Trump you've got to pay attention and start attending or reading the daily intelligence briefings that are available to you. You are dealing with higher stakes than a real estate project. This is not reality television, it is the real world. It is a far cry more complicated, complex, historical and dangerous than anything you've ever wrapped your mind around. If you can Tweet all night about Alec Baldwin, you can listen to your director of national intelligence. You might learn something. Actually you need to learn, a lot. Grow up!


did the russians elect our president?
While it sounds like the yarn of a le Carre', Ludlum, Clancy, Silva, Knebel or some other espionage writer there is now serious question about how the Russians may have engineered Trump's election. The CIA has briefed Congress. The administration now ponders how to respond to this historic violation of our democratic republic.  Maybe that's a reason the trumpster has taken only 3 intel briefings in over a month. You've got to pay attention. We all do. So should the electors on the electoral college.This is unexplored territory. 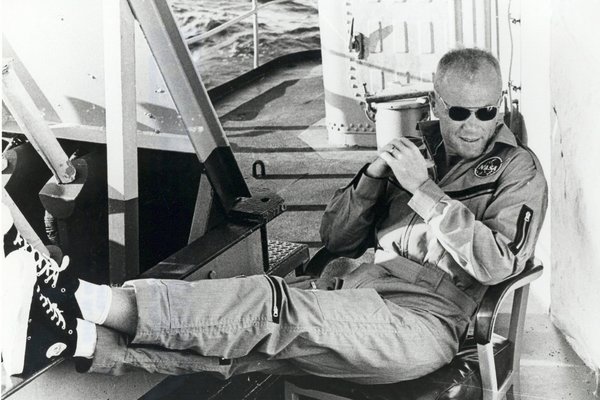 We lost a true American leader and hero with the passing of 95 year old John Glenn. The photo was taken aboard the recovery ship after Glenn became the first American to orbit the earth.
On February 20, 1962 Owen Fisher, biology teacher and football and track coach turned on a radio in our science lab classroom and said, "today we are going to listen to history." Glenn's flight in Friendship 7 was not a sure thing. The success made us proud.
He was already a decorated hero, a marine pilot who flew missions in World War II and Korea. A democrat he was elected to the US Senate in 1974 and served until 1999. In 98 he became the oldest American to fly in space when he returned aboard the shuttle Discovery.
The President elect called him a "great American hero."
It is hard to imagine two men more different in skill, courage, temperament, service and character.