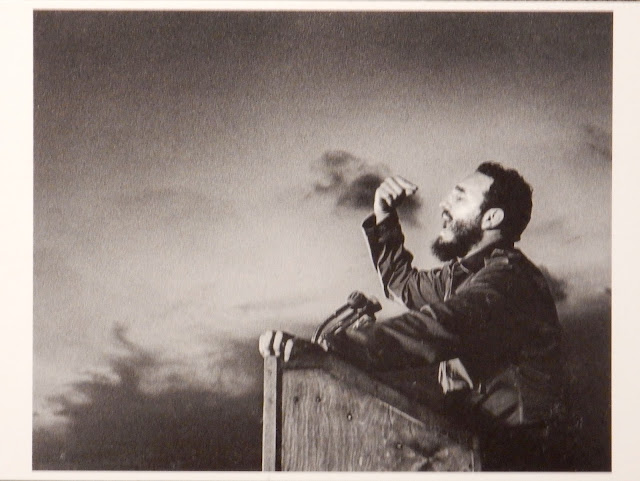 Fidel Castro turned me into a smuggler.
On assignment, my first trip to Cuba and I had the opportunity to buy a print that knocked my socks off. Ernest Hemingway and Fidel on the day Hemingway departed the island for the US. 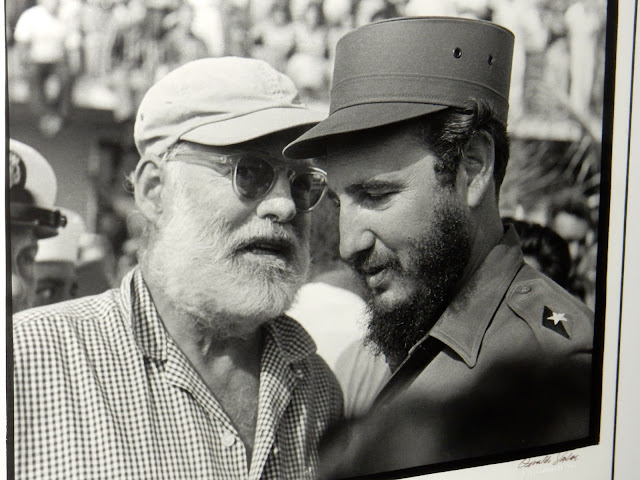 I purchased another print too, a photo by a new friend who had known Castro since the early days of the revolution.
There was a catch, a stumbling block. It was illegal to possess or trade in images of Castro. Che Guevara was the political saint, his image is everywhere, but Castro demanded his own image be off limits. He was trying to avoid what communists called "the cult of the personality." 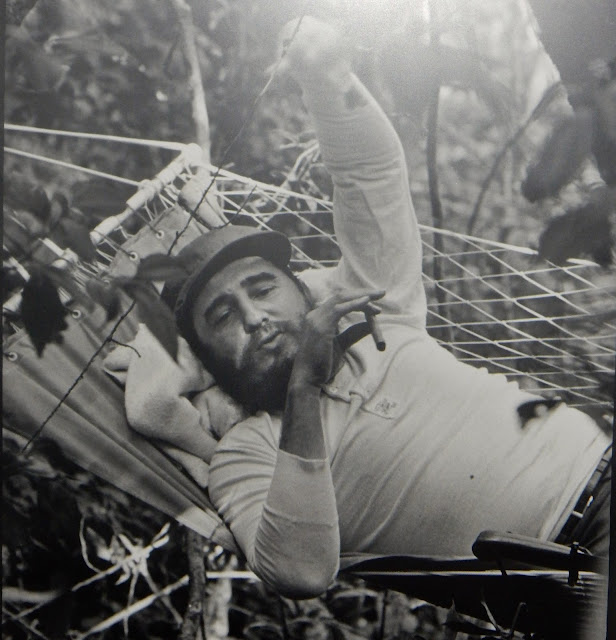 I purchased the image from the photographer Roberto (Bob) Salas, an historic guy in his own right.
Bob was New York born, his father was Cuban and famed photographer Osvaldo Salas. The senior Salas shot for Life Magazine and the New York Times. He was a documentary shooter, but a fine art photographer as well. Some of his New York fire escape shots are iconic.
Osvaldo took his family, including his teen apprentice son back to Cuba to cover the last year of the Cuban revolution. Osvaldo stayed in Havana with Batista while Bob went into the mountains to be with Fidel. 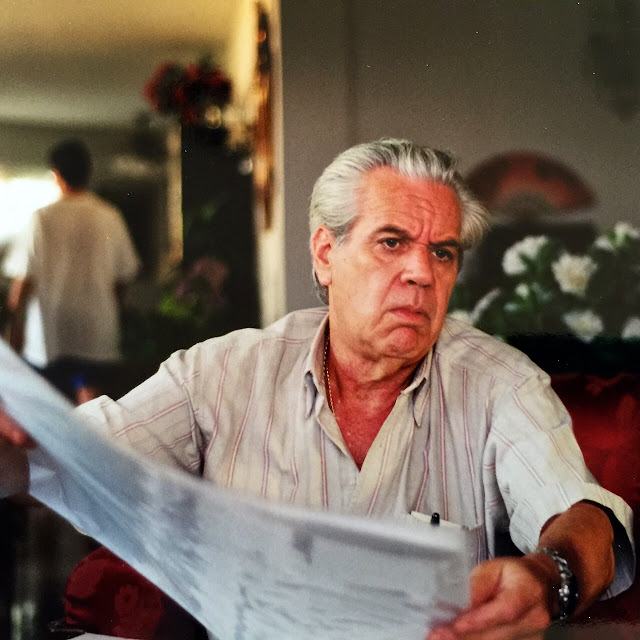 Roberto Salas at home in Havana

Father and son reconnected in Havana when Batista fled and Fidel claimed power. 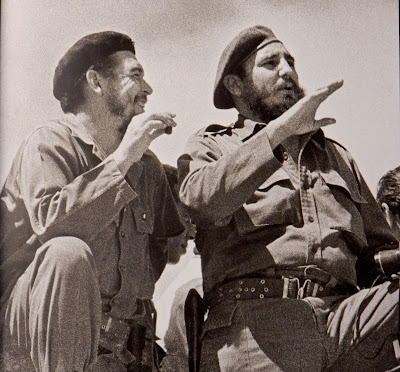 In the early days of the take over, Castro, Che and their top staff took up residency in a Presidential palace. Bob stayed with them, taking over a bathroom as his dark room and sleeping place. One night he woke and heard a conversation not far away. He grabbed a camera and emerged into a room to see Fidel and Che lighting cigars.

A journalist, Salas is a realist. He's been shooting and sparring with Castro for decades. Bob pushed on matters of artistic freedom and expression. He deplored some things about Cuban life and Castro, but given a chance to live in the US or on the Island, he chose Havana. "It is not a perfect revolution," he says, "but we made it. It is ours, no one else." 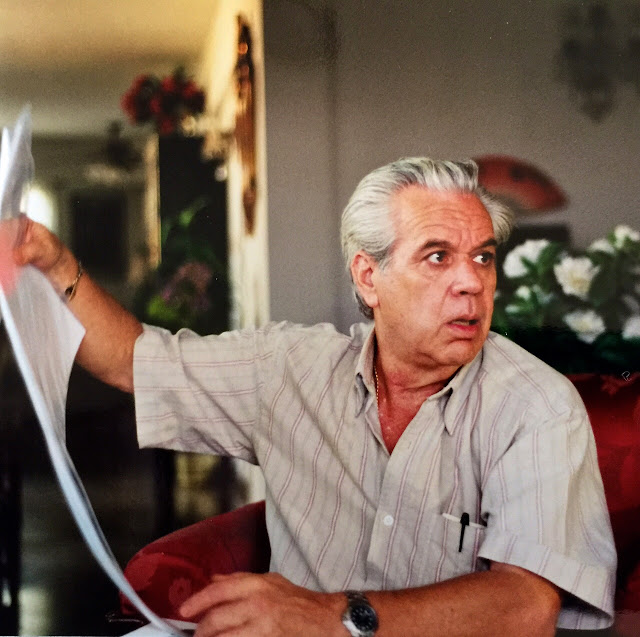 As a side note, Bob is the only journalist I know who covered the Viet Nam war from the North and the South. He's a dual citizen, an American and a Cuban. He had unique access.

He and his father captured extraordinary images of the revolution and its early days. Some of their work is in a limited edition book. 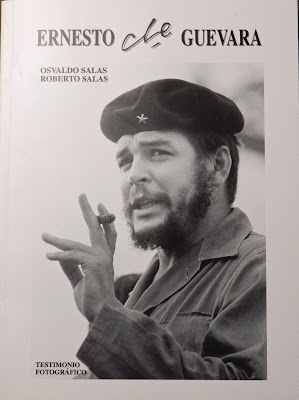 Book by Osvaldo and Roberto Salas

The book and the prints signed by Bob and his father are  prized possessions. 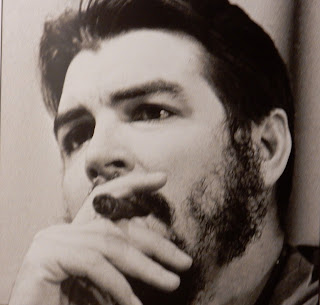 Che by Roberto-plate from book

On my first trip to Cuba I was fortunate to be accompanied by a student government ally and friend from college who had gone on to a distinguished and adventurous career of his own as a photographer and later a professor. Jon met Bob on one of his first of many trips to Cuba. Travel there was off limits to US Citizens without special visa. Jon was an old Cuban hand by the time he introduced me to the Island.
Back to the smuggling. I thought the US government could care less if I had images of Castro, but I knew Cuban security would care, enough so I could end up in a tough spot. There is nothing good to say of Cuban prisons. Being a Hemingway fan, I wanted to get the print as well as Bob's shot of a laid back dictator, back home to the US.
I carefully wound the prints around our camera tripod legs, wrapped brown paper over those and inserted them into our tripod hard case tube.  It was a time in my life when I was in and out of nations and airports and through all manner of screening and security checks. It seems most nations have security that are naturally suspect of journalists and the press. Usually that meant delays, hassles, opening cases, explaining pieces of equipment, battery chargers, inverters and the like. We went to the airport with an uncertainty in our gut. Jon had been through enough times he knew a couple of things that got us past the security without needing to even open the tripod tube.
On this trip to Cuba we flew in and out of Canada. Jamaica was another option. Coming in from Canada the US customs agent raised his eyebrows when I told him I was a smuggler. When I explained and showed him the prints he chuckled. Still he wanted to know how I could have purchased a box of fine cigars and a bottle of Rum for less than $100 dollars-the amount of goods our Treasury Department stamp permitted us to import. I showed him the bills of sale. "Yeah?!" he grumbled.
As I noted, Jon was an old hand and knew his way around Cuba. Some Cubans got a kick out of "sticking it to" the embargo. 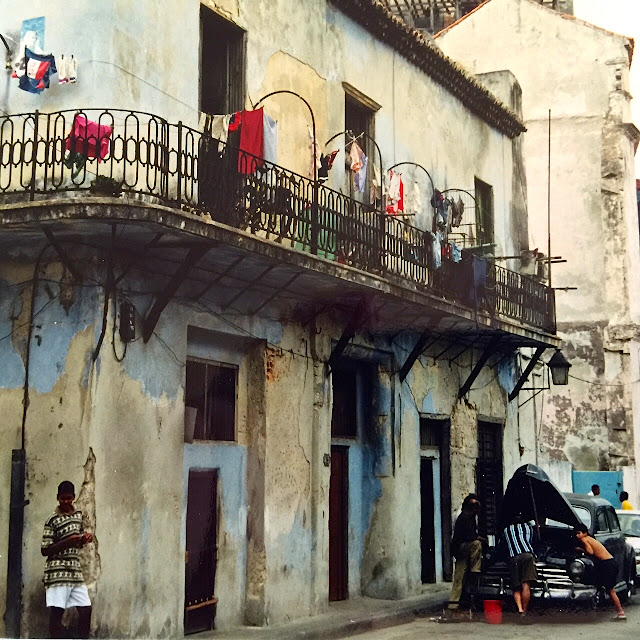 after fidel, what now? 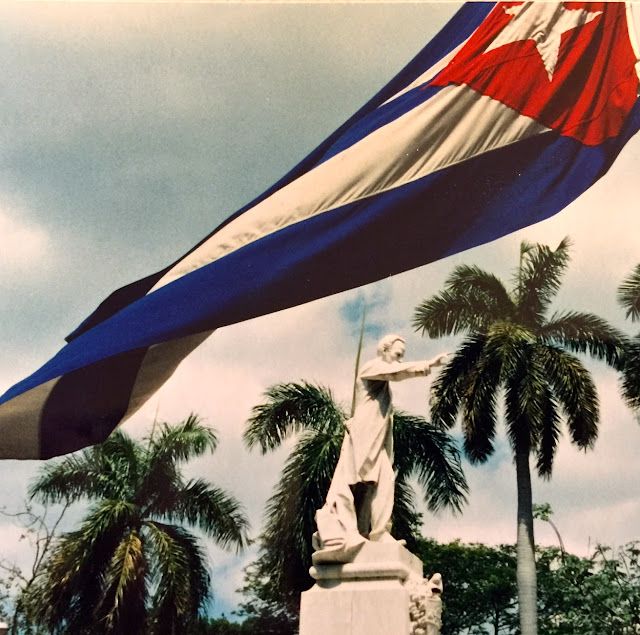 Castro was many things including a despot. The charismatic, passionate and idealistic revolutionary became a dictator. Though his own disastrous "economic planning," the US embargo and the Soviet's abandonment trashed his economy, good things happened on the Island and not everybody despised him.
Consider these brief facts-even adjusted to population differences-Cuba has more doctors per citizen than the US, Cuba's literacy rate is higher, the infant mortality rate is lower, they have a strong educational system, everybody has health care, foreign nationals travel to get Cuban care and Cuba has minuscule crime compared to the US and mass killings are unheard of.
They have serious economic challenges, there are still political prisoners and it is not the Democracy of the US.
On my last assignment there I spoke with young economists, political scientists and activists. They had already begun to refer to Fidel and his brother Raul as "the historic leadership." It was a type of early shaping of history. They appreciated the independence of the nation, the universal health care and education, but they were realistic and knew that further accords and arrangements would be needed with capitalist governments. There were a lot of scenarios tossed around as to how to move Cuba ahead.
The Obama overture to normalize relations is long over due. Those who were hurt most by the embargo were the people, they were forced to do with out. It is my hope Trump's business instincts sees more value in Northern investment in Cuba than continuing some out dated, punitive and ineffective policy left over from long ago.
The Cubans are resilient, warm, hospitable and occupy a gorgeous and lush island nation. There is immense opportunity at this juncture and if played properly can be a win win situation for everyone, with the exception of the 1.2 Million Cuban American Nationals, an estimated 0.58% of the US population. Some of them hold grudges and a desire to be repatriated with their homes.
I've told friends to visit Cuba now in the Felliniesque era before it's modernized and transformed. Uncertain time is ahead, but modernity can not be denied.  Let's hope the US is on the right side this time.
Now that he is gone and beyond the "impurity" of cult of personality, it's my guess Fidel's image will join that of Che's as a secular saint. No one will need to smuggle images in a tripod tube.

See you down the trail.
Posted by Tom Cochrun at 9:26 AM