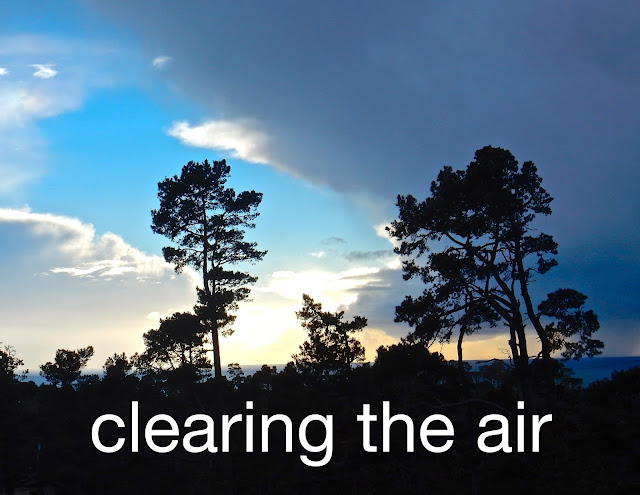 The scope of the American divide was clarified in California when Governor Jerry Brown defied the "alternative fact" reality of the Trump regime. It also cast new light on the questionable legitimacy of the new presidency.

Noting California is the sixth most powerful economy in the world he said this state "is not turning back now, not ever."   He called for courage and persistence as California continues to work on climate change, health care and assistance to emigres.
"We have heard the blatant attacks on science. Familiar signposts of our democracy-truth, civility, working together-have been obscured or swept aside," the Governor said.
He quoted the Woody Guthrie anthem, This Land is Your Land including an oft deleted verse,
"Nobody living can ever stop me,
As I go walking the freedom highway;
Nobody living can ever make me turn back
This land was made for you and me."

alternative legitimacy
A fact Kellyanne Conway or her boss can not deny is the minority status of the regime. Yes he was elected by the electoral college as is legal, but it is also true he was clobbered in the popular vote and it is true he was rejected by establishment Republicans. But the real factor as to his legitimacy or lack of it, is his disconnect between facts and the lies he spews. As he has done historically he denies reality. Many, if not all, of his followers believe him. They live in a fantasy land, constructed by deceit and ignorance.
Most of his followers think unemployment rose under the Obama White House. It did not. There has been record job growth. He paints the bleak picture of America gripped by crime and carnage. Crime rates have dropped dramatically, despite the tragic mass shootings empowered by the NRA and its belligerent disregard of America. The economy is not in ruin, it has been on a record setting period of growth, following the near depression. There are more disconnects. In fact the lies are well reported but his supporters are disconnected from truth, they believe their liar in chief.
Will those who supported him come back to reality? The man now refuses to release his tax returns though he promised to. He is moderating his hardline on deporting illegals. He railed at Goldman Sachs and used Hillary Clinton's connection to the firm as proof of her corruption. He has now designated 5 Goldman Sachs alumni as key members of his team.
His team includes predatory lenders, crooks who made the life of his "ignored" supporters a hell.  There is the ever charming Conway who claims there are "alternative facts." Here's one, she was reportedly in a fist fight at one of the inaugural balls. How's that for class?  It appears his press spokesman Sean Spicer has saved his job, for the time being. After the weekend tantrum his first regular briefing was more civil and traditional though he too had trouble with facts. He refused too acknowledge that unemployment, as reported by his federal regime, is at a low of 4.7. Spicer said Trump doesn't look at statistics.
Perhaps the most festering problem is his bosses continued conflict of interest. What is at the core? There are credible sources who suggest that Trump is mentally ill, in the grips of a narcissism so powerful that he really doesn't know the truth or in his predatory mind doesn't think it applies to him. As he has said a few times he is next to God in ability. The ego maniac in chief may well be so far out of touch he is in fact a danger and at least illegitimate.  How many times can you lie at the rate he does and not be too sick to hold office?
The lies and disconnects are warning signs. Yet we live in the "post-truth" world where your opinion matters as much as the truth or facts. I used to think the dire pronouncements about what catastrophe he could bring were over started. Not now, now that so many devotees of the vulgarian refuse to believe the truth. He's perfect for the so called freedom caucus who want to destroy the government. He and they are a disease in the American body. Aside from the obvious success of California's economy and a Governor, respected by Republicans and beloved by Democrats the other good news is the ending of the 5 year drought. 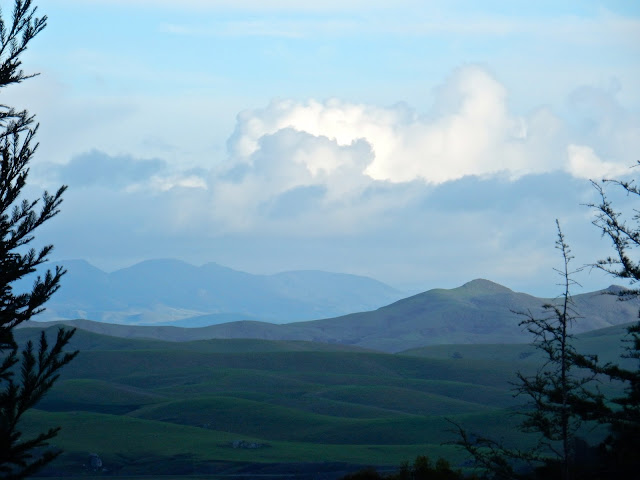 Growing up in Indiana I was used to hard rains, something I had not seen here on the California central coast until this year. 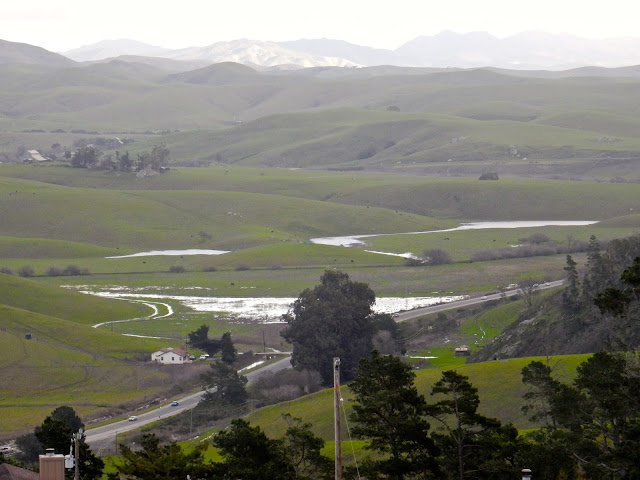 In five days we had 6 inches of rain in our Phillippi gauge on the ridge. Our total for the year is almost 27 inches. In some places there is evidence of the saturation. 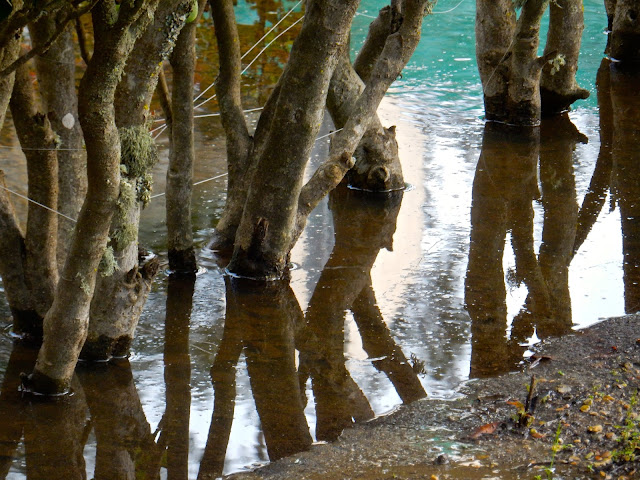 As we move forward in these uncertain times I can't help but wish a man with the judgement, balance, vision, experience, governing skill, bi-partisan support and character of Jerry Brown was leading this nation. For those of you majority of Americans who worry about the miscreant freak who sits in the oval office, know this western Republic will have your back.