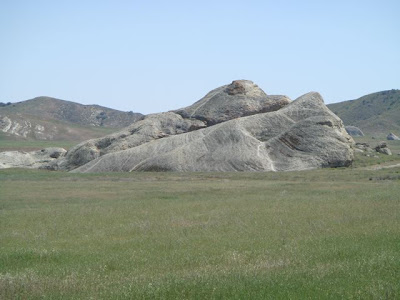 Extraordinary occurrences have taken place here in Painted Rock on the exotic Carrizo plain in San Luis Obispo County. Some look at this formation and see lizards or turtles. 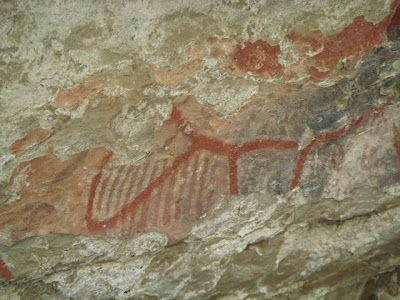 Pictographs, like the frame above fill the inner chamber of what is a sacred site for Chumash and Yokut Indians. 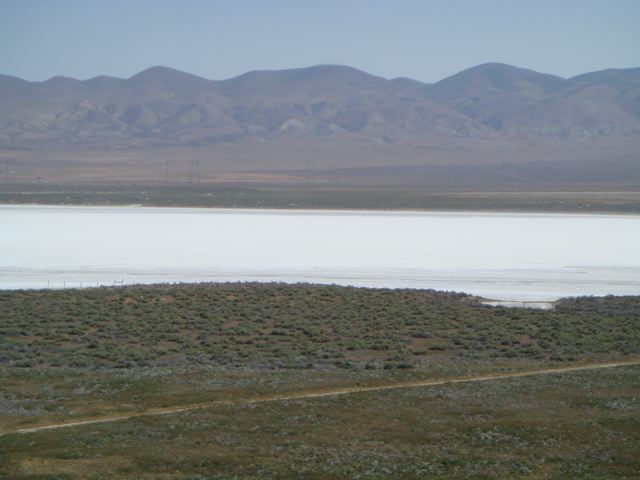 The Carrizo Plain is a ten mile wide and almost 50 mile long valley in the eastern portion of San Luis Obispo County between the Temblor and Caliente mountain ranges.  In the
middle of the northern plain lays Soda Lake, the remains of a prehistoric sea. 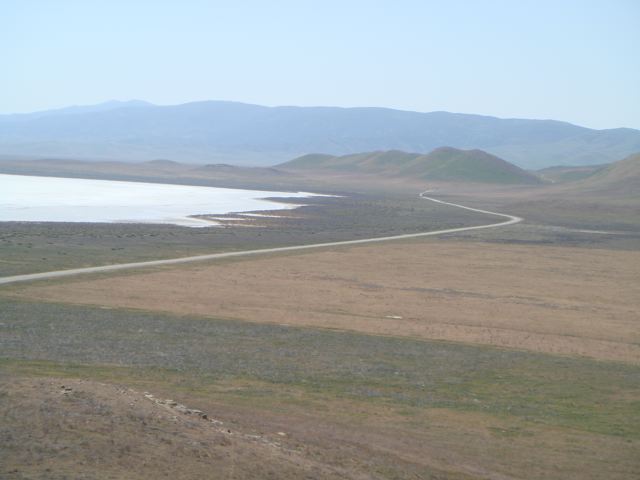 In the rare rainy season the lake becomes 3000 acres of water and a winter home for Sandhill Cranes, but most of the year it is a salt bed.
Nestled on the western edge of plain is Painted Rock, a curved bowl, not unlike an amphitheater. It is a religious site. 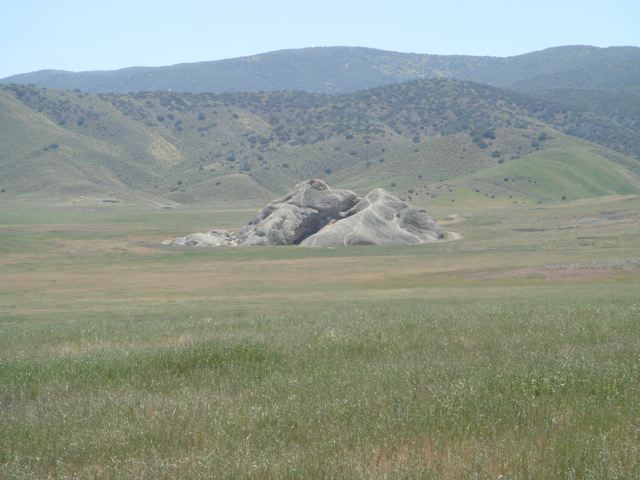 It is inside the Painted Rock that shamans and holy men
of Chumash and Yokut people and perhaps other tribes, have held rituals and left traces of visions. 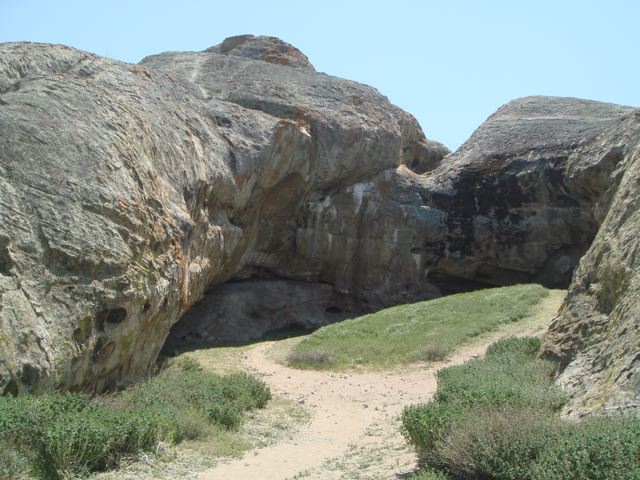 The walls are rich with pictographs that are some of the most valuable and rare native paintings in the world.  These
are said to have been made 500 to 2000 years ago. 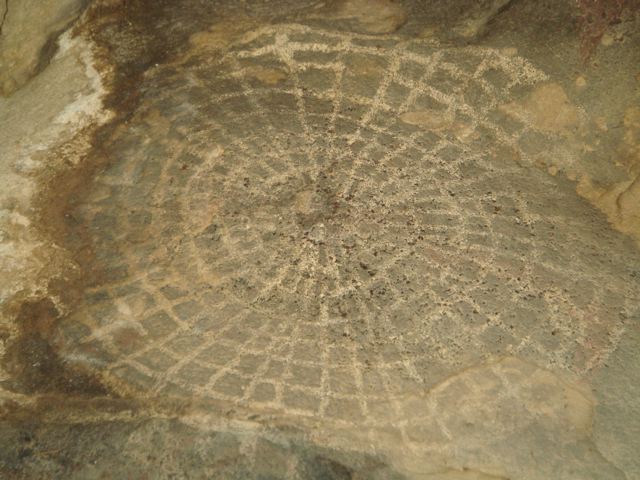 The red pigments were made with ochre, the white by shale and gypsum and the black by charcoal. 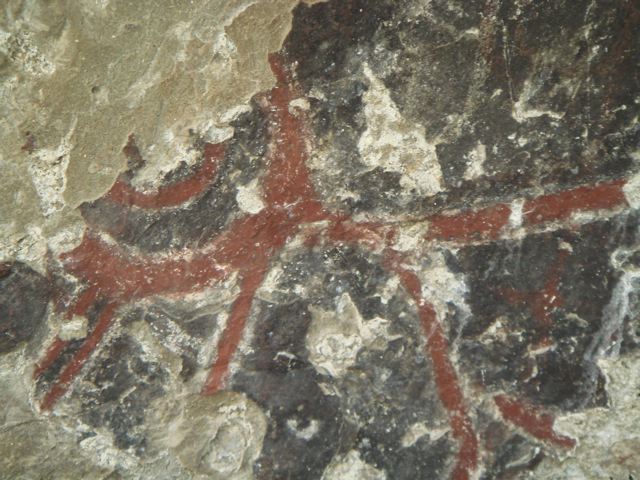 Look carefully and you see layers of history and earlier ages speaking through time. 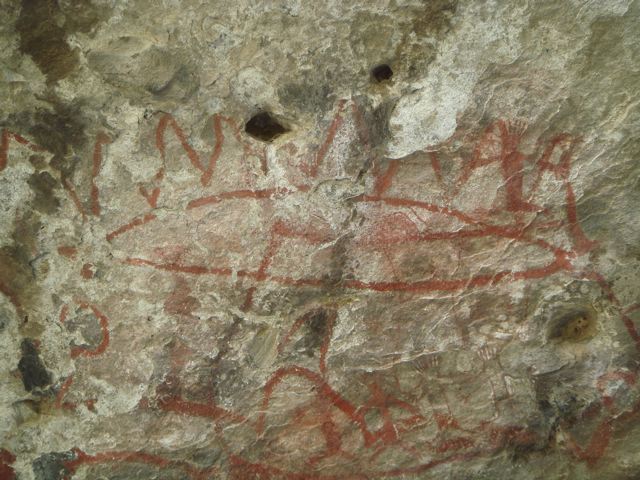 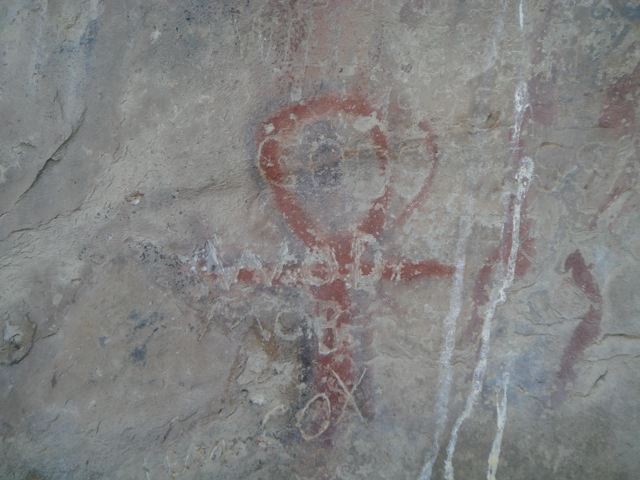 Earlier visitors desecrated the ancient paintings, so now
the Painted Rock is open only by appointment. 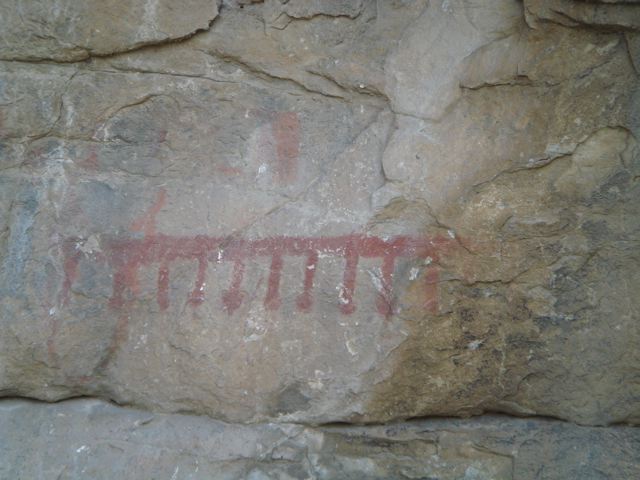 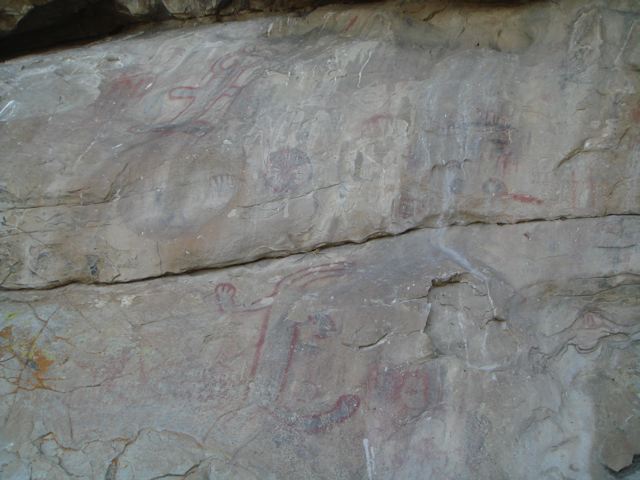 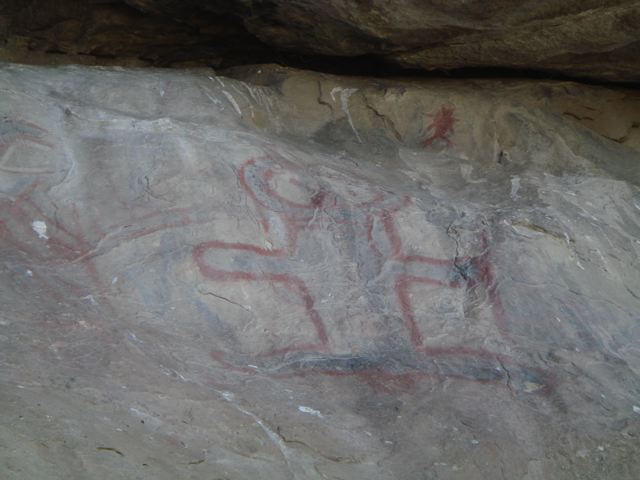 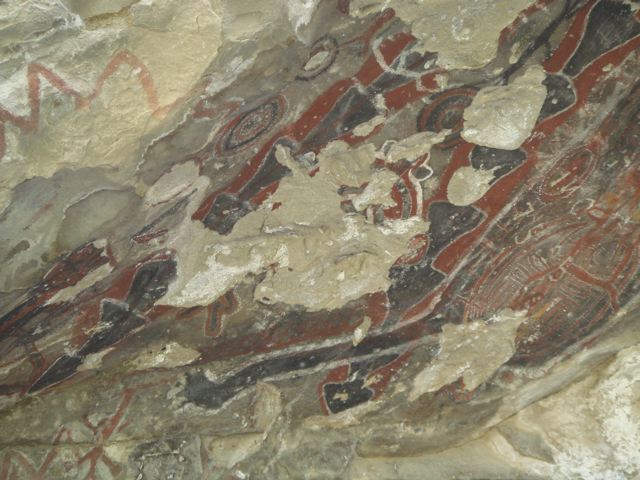 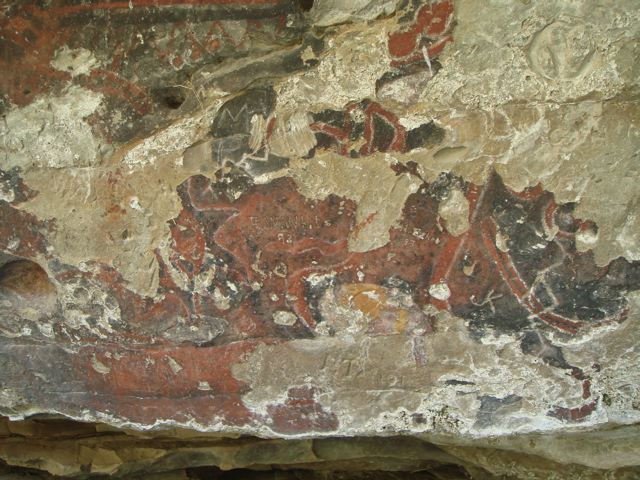 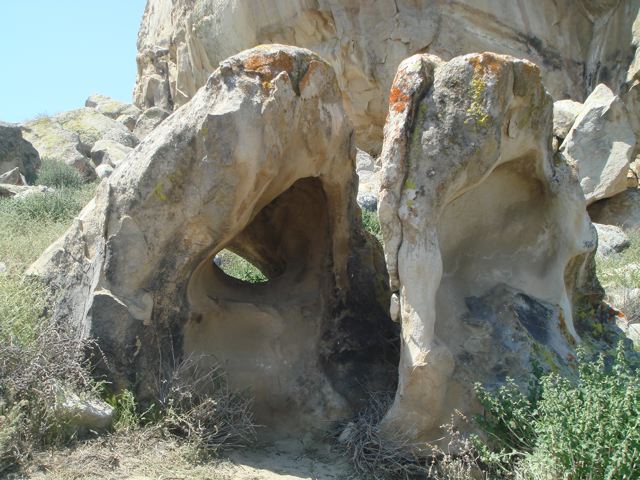 Imagine the time when a native shaman conducted sacred ritual or activity amidst these stones that were said to resemble specific shapes or powers. 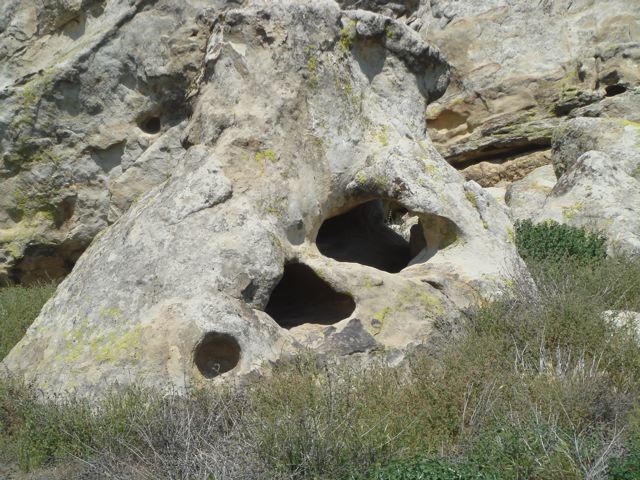 Ancient California history is visible on the Carrizo Plain national monument, just 90 minutes from Cambria.
See you down the trail.
Posted by Tom Cochrun at 1:02 PM