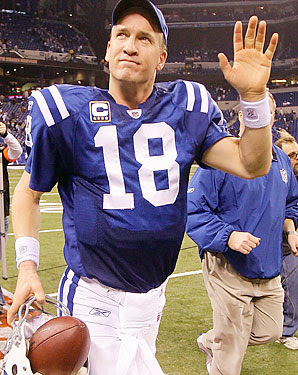 One of the world's premier athletes made one of the classiest exits in sport.  After 14 years Peyton Manning, perhaps the game's greatest quarterback, is leaving the Indianapolis Colts.
It was an emotional goodbye but done with goodwill,
sincerity and humility.  Those are three qualities terribly lacking in the world today, especially in professional sport. 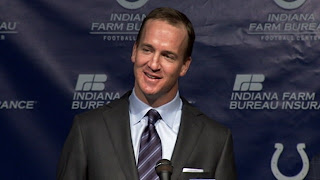 Manning's legacy is 11 playoffs, 11 pro bowl games, 4 times he was the leagues MVP, 2 super bowl games and 1 championship.  Manning is responsible for turning Indianapolis   into a genuine NFL city.  Indianapolis loves him.  He is an icon in what used to be exclusively a basket ball town.There are countless young Peytons, both male and female, in the Hoosier state.
Money, negotiations, positions in the draft, medical uncertainty and other at times difficult issues were behind
the departure, but at the farewell news conference, Manning
was, as he was when directing the Colts on the field, eloquent, brilliant and on target.
As a kid I liked Johnny Unitas, the great Baltimore Colt quarterback.  In this age of media, super stars and the modern NFL, the great Colts quarterback for the age is
Indianapolis Colts Peyton Manning.
Soon we may see what Andrew Luck brings to the big shoes to be filled. But for now Manning's number 18 has been retired and it will be hard to see him as anything but a Colt, which he says he will remain in his heart.
DAY BOOK
IN THE AFTERNOON SUN 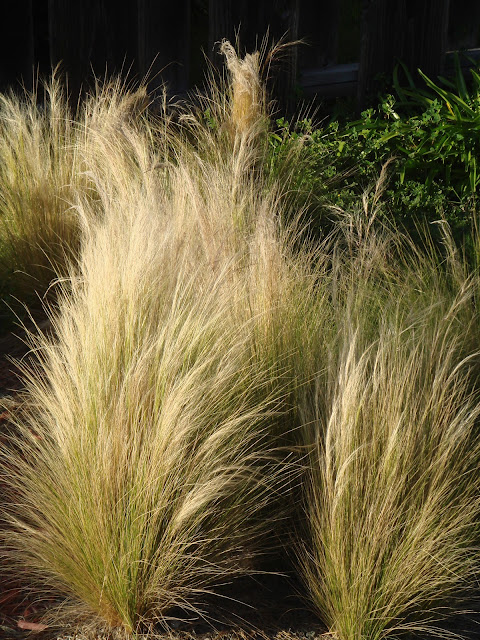 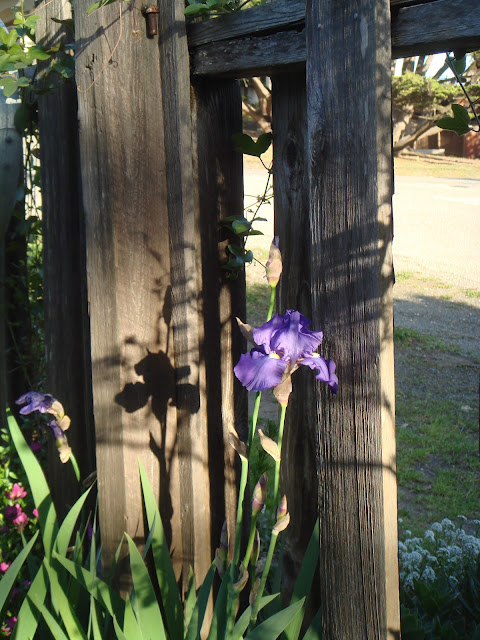 Lana was looking after neighbor's cats when she spotted
the hawk, catching a few afternoon rays. 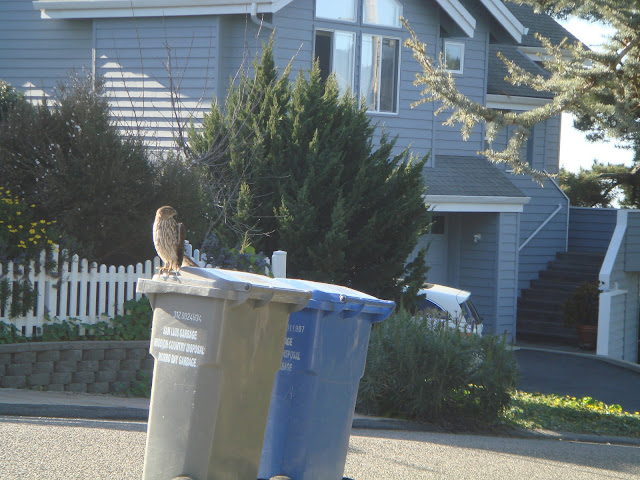 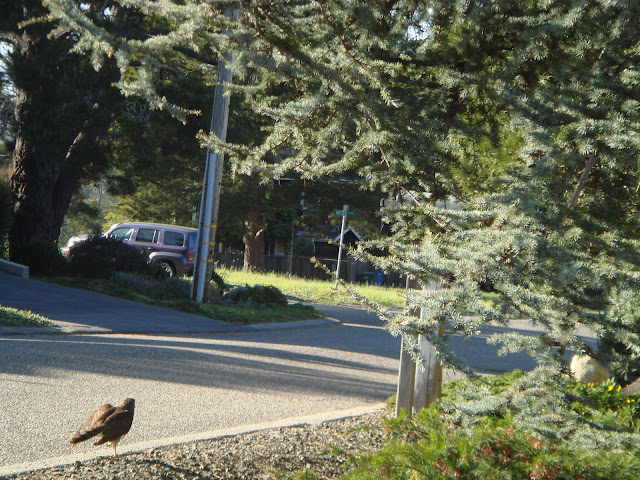 This appears to be a young hawk, of which there are many in this area of the highlands and forest.  I spoke with a man last evening who has trained a young red tailed hawk to hunt rabbits.  Now that rabbit season is about over, he will begin a kind of reverse training process to release the young raptor
back into the wild.

A QUESTION FOR YOU CINEMA BUFFS
My friend Neal Moore, a fellow Churchillian and one of
technologies earliest adapters, is seeking information.
What Hitchcock film includes a famous no edit, single camera, boom shot? Let us know.  Thanks.

See you down the trail.
Posted by Tom Cochrun at 1:15 PM