WHERE MACHINES ARE NOT ENOUGH

NATURE RULES
California is dotted with a network of machines out of time.  Equipment, sophisticated, rugged and played out. Once used to tame or cultivate the wild west, they languish now. Powerful they may have been but in the context of the nature they tried to civilize, they are like discarded kid's toys surrounded by a timeless vastness. 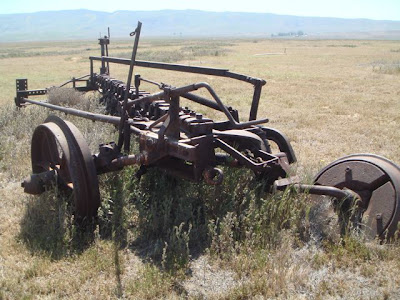 The Carrizo Plain is such a place. Dry land grain farming and ranching was tried in the 1800's.  In 1912 they tried large scale mechanized farming.
The fifty mile plain is bounded by the Temblor Mountains on the northeast and the Caliente Mountains on the southwest. The San Andreas fault snakes through the plain.
One of the sunniest places in California, temperatures are often above 100 but skid below freezing on winter nights.
It is desert dry and agriculture is a struggle. 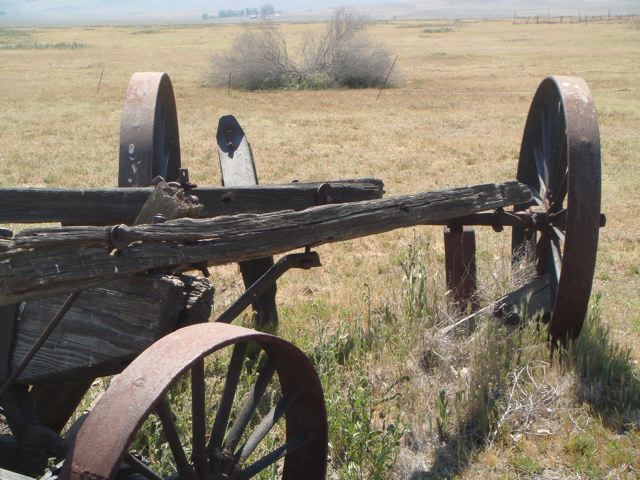 These shots are a kind of battle record.  When a farmer named Goodwin gave up the struggle in the 1940's he left his farm and implements to a conservancy with the stipulation they be left facing their work until they are claimed by the ages.
These are the skeletons of a hard fight.  In their decline
they create a marvelous art.  In these shots are a context,
a sense of place and time and a look at once marvelous and new technology.
As always, the land will play the last hand. 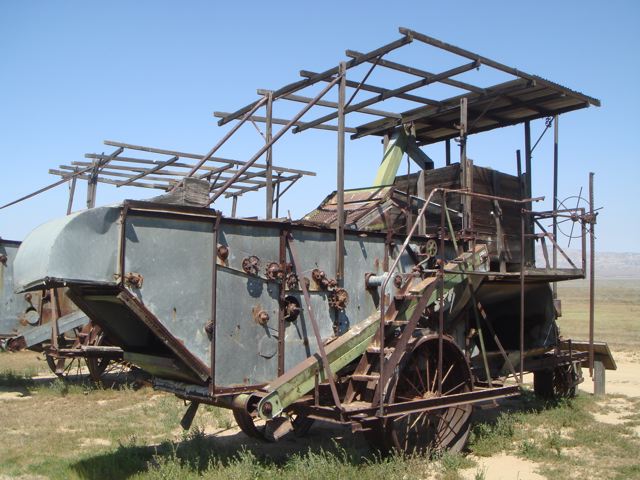 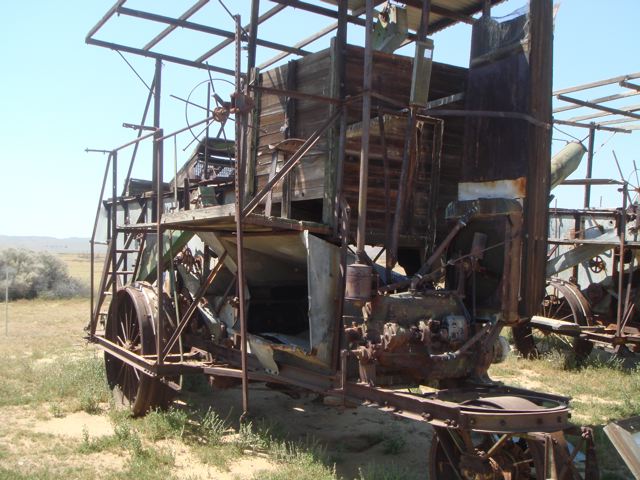 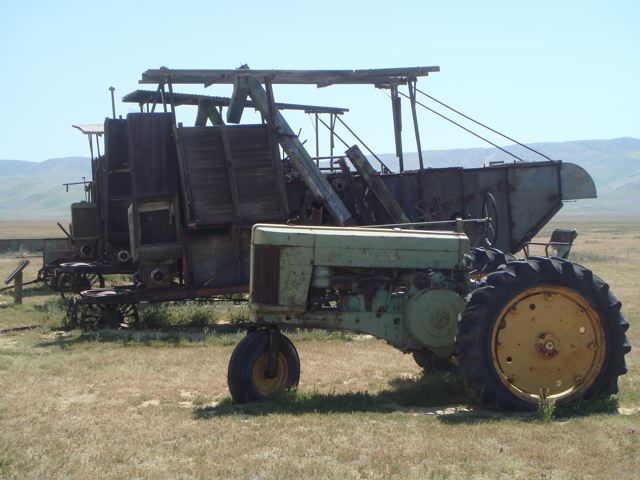 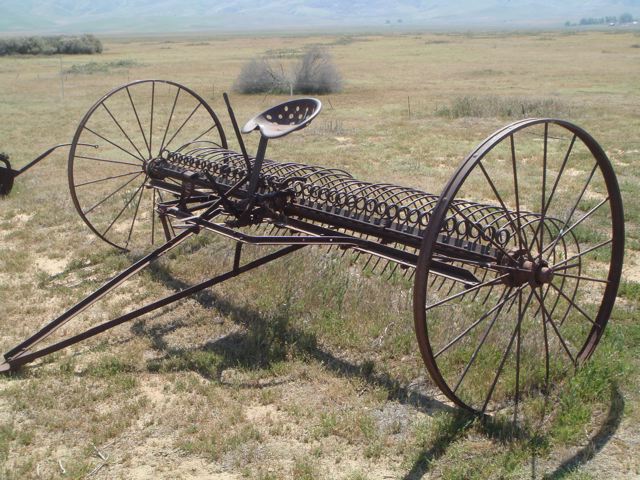 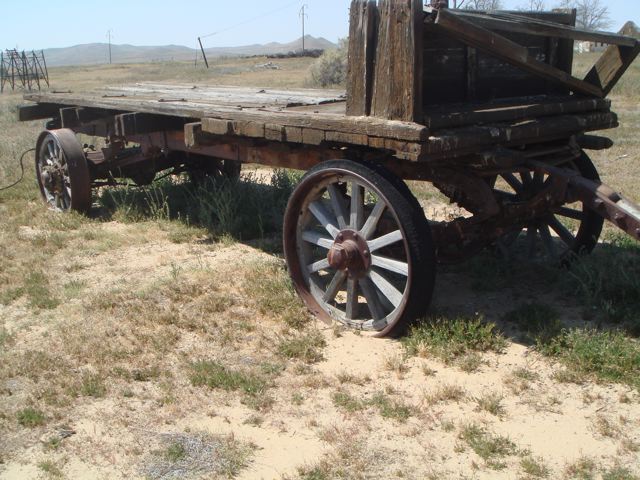 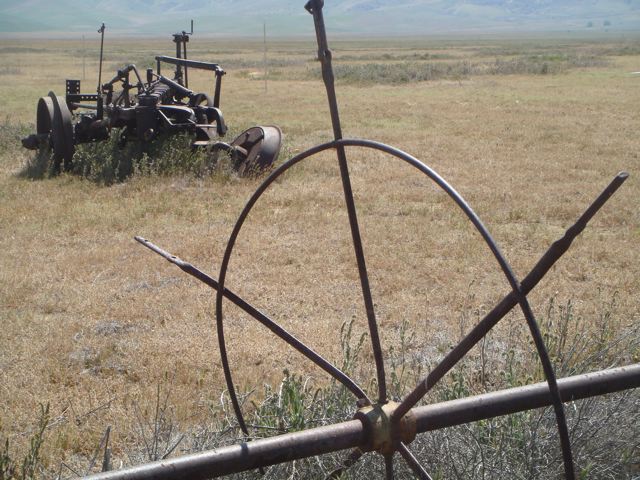 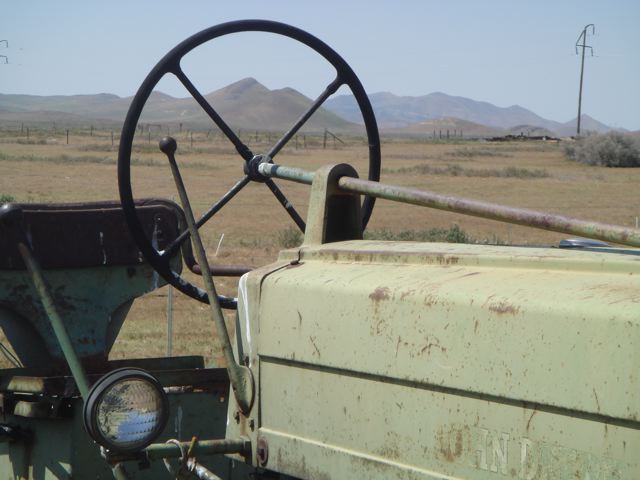 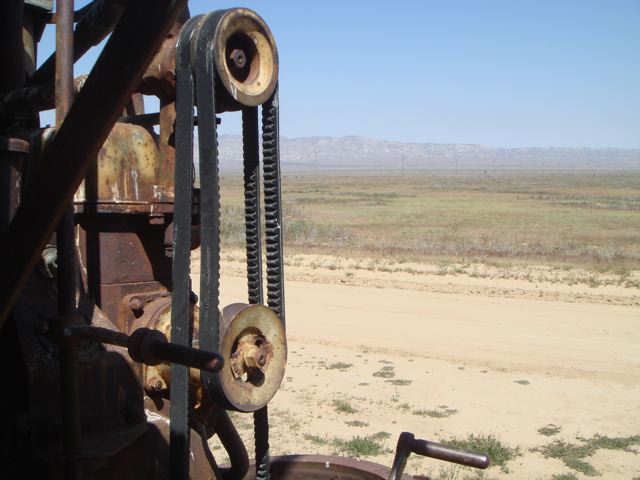 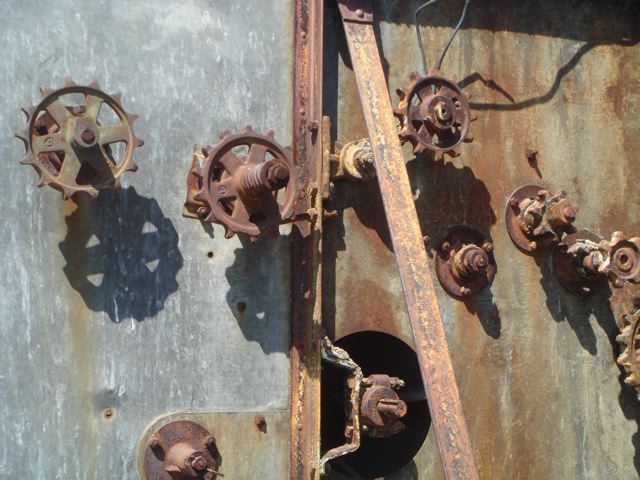 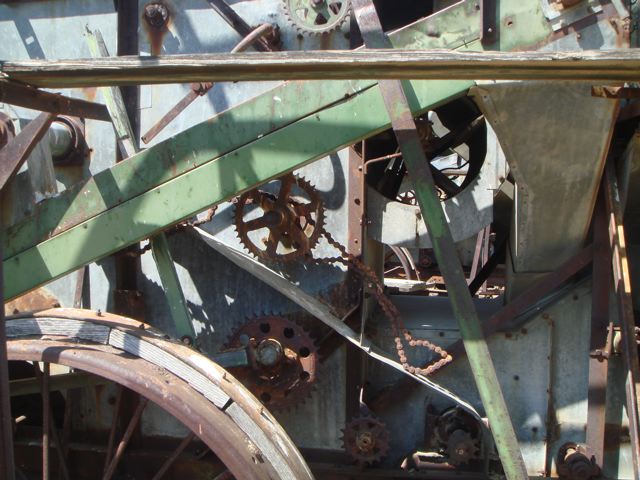 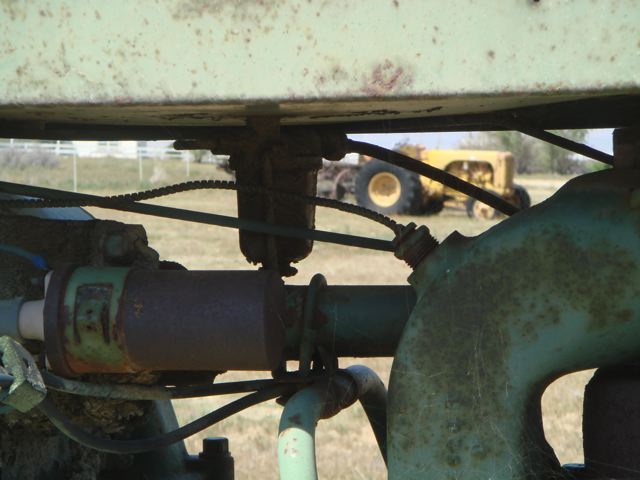 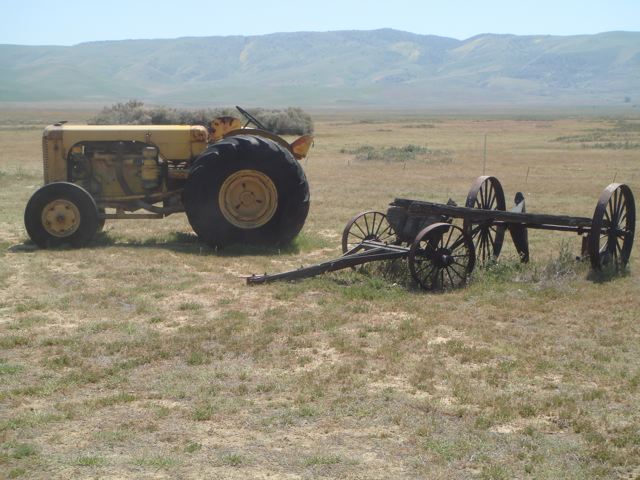 See you down the trail.
Posted by Tom Cochrun at 1:24 PM