RYAN MURPHY IS A GENIUS

It takes extraordinary skill to mix teen suicide, sexual identity, bullying and the lethal potential of texting and driving and make it entertaining and joyful.
Murphy's Fox network hit Glee does that and more.  The jury is still out on the texting matter, it was last night's "winter finale" and we'll wait until April to learn "Quinn's"fate. But week after week we are treated to marvelous and even mind blowing entertainment ensembles of song and dance, all the while the through line of the soap like drama series embraces weighty matters with intelligence and a bold honesty that is hard to find anywhere else on network television.
Glee is not only one of the best programs, it is one of the most important because of the issues it confronts and it's primary target audience, generations much younger than us boomers. Murphy is a hot property with a string of hits but I feel a special kinship.  He's an Indiana lad.  His mother Andy and late father Jim were Indiana friends.  Andy, an extraordinary woman, and I have collaborated on writer's conferences, book promotion and other matters.
If you haven't seen Glee, you've missed one of the best
shows in television history. Get with it, become a Gleek. 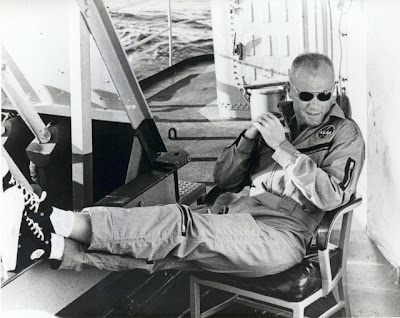 I love this shot of John Glen, taken after his historic flight in February 1962.  This started making its way around the net and I thought it should be posted here in case you missed it.
I remember listening to the launch and the flight while in a Owen Fisher's biology class.  It was a nerve wracking 15 minutes, but like many of you I sensed a new possibility after the successful flight of the first American in space.
Glen remains an advocate for space exploration.  I'm on board with that and continue to admire this true hero.  I think this picture represents "cool!"
ANOTHER KIND OF COOL
Get down Mr. Prez
Here's a great scene from the White House Blues Concert

What a great show it must have been!
DAY BOOK
JUST A COOL WINTER DAY AT THE BEACH 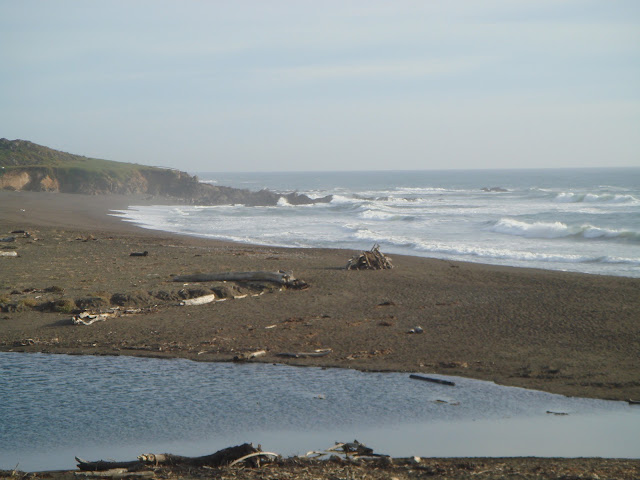 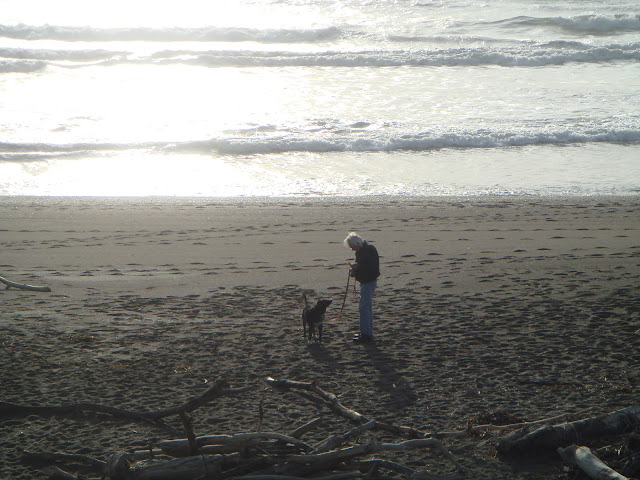 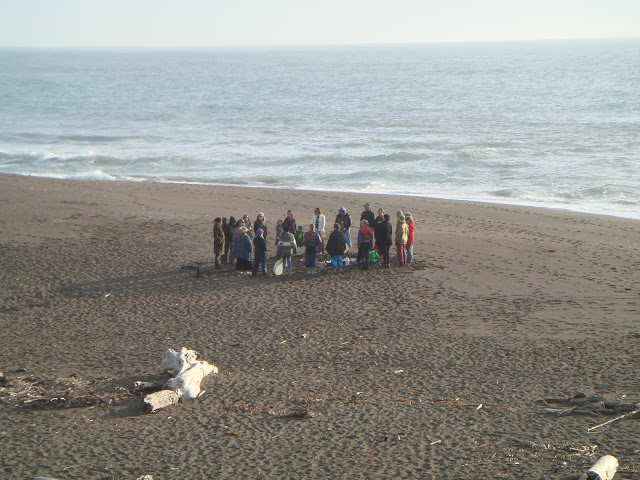 A gathering.
See you down the trail.
Posted by Tom Cochrun at 2:03 PM