SHAKING UP THE OLD BOYS IN THE ARAB WORLD 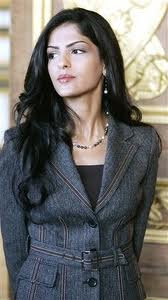 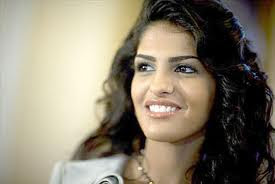 Courtesy saudiarab11
Princess Al-Taweel, known as Princess Amira, is
as she says a "common girl" but married to Prince al-Waleed bin Talal, the nephew of the King of Saudi Arabia. Princess Amira, a magna cum laude graduate of the University of New Haven is an advocate for women's empowerment.  She is outspoken in her call for equal rights for women in education, the work force and voting rights.
Those are difficult and challenging issues for the Kingdom of Saudi Arabia and the royal family.  Her "outspokenness" has been challenged by her uncle, another of the royal princes.
Amira says women have the right to come out of the burkas, if they wish, it should their choice and not a man's or the government to make.
Her husband is fully supportive. He is a power in his own right, being the chairman of the Kingdom Holding Corporation, essentially the investment arm of all those Saudi billions. She is involved in the business and in promoting interfaith dialogue.
Both the Prince and Princess are at some risk from Saudi and other Arab parties who are less modern.  She considers herself a devout Muslim and her very openness for dialogue also has earned her enmity. She has defied some archaic edict by driving and then talking about it.
Soft spoken, articulate and emphatic this is one Princess
with fairy tale wealth who is challenging a great evil of the real world. She could just as easily live the good life but
she has chosen to battle ignorance, repression, prejudice and cultural chauvinism. We wish her well and hope for a
happily ever after for Arab women. The 21st Century belongs to them as well!  Talk about a shift in the balance of power.
DAY BOOK
A FENCE
An artist friend who is also an avid gardener told Lana that a fence can do wonderful things for a garden.  She told her "it defines space."
So, Lana will have more defined space and the world will
have one more barrier to the marauding killer deer of Cambria.  I'm hopeful the wild turkeys will also be blockaded.
Don't write me off as a wild life hating old grump, but merely a guy who has seen his wife's loving efforts at providing the world with blooms and beauty be devastated by the marauding killer deer. Year after year.  "They" say that some things are deer proof.  Ha!
As for the turkey's-while they are fun to watch, unless you are one of our terrified cats, they leave one of the world's most noxious calling cards.  It's not enough they uproot plants and scatter dirt over walkways.  Those little traces of themselves they leave behind are not little and probably could rate as a weapon class substance.  What do they eat-kryptonite?
So, we've joined the fence builders of the world. 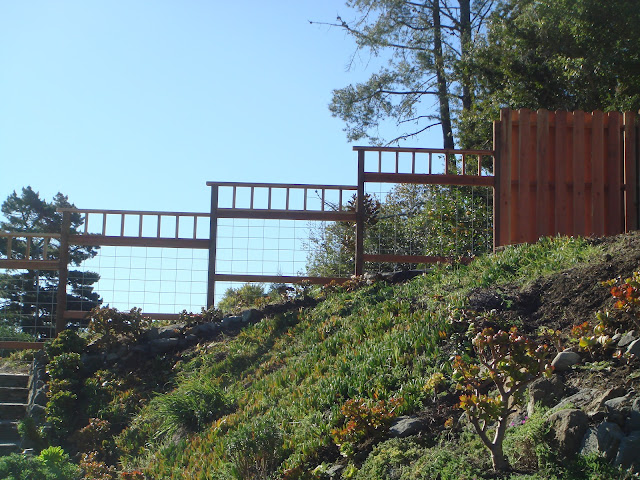 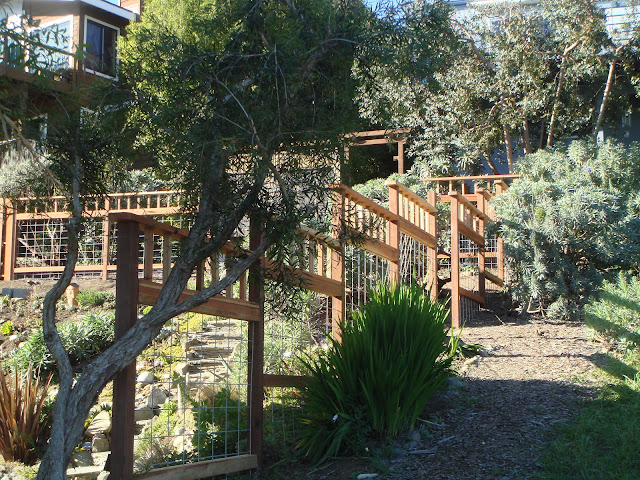 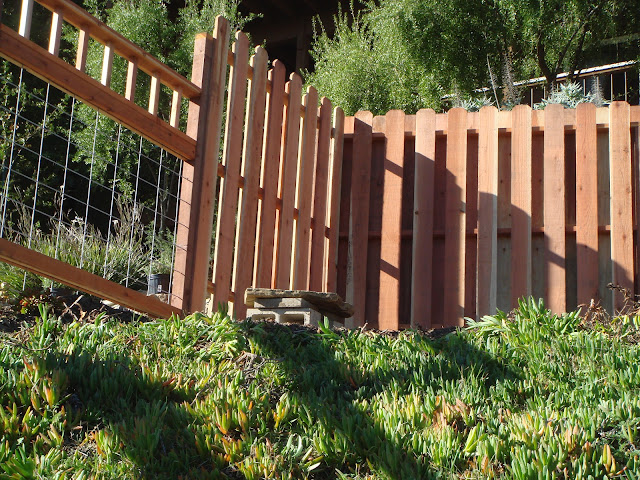 I see another place to watch the play of light and shadow. 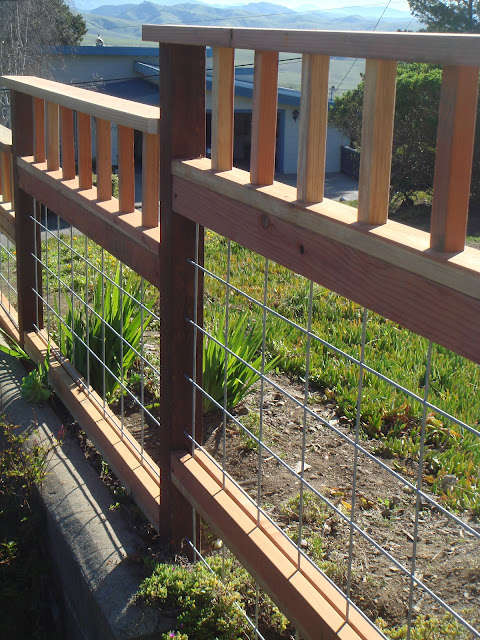 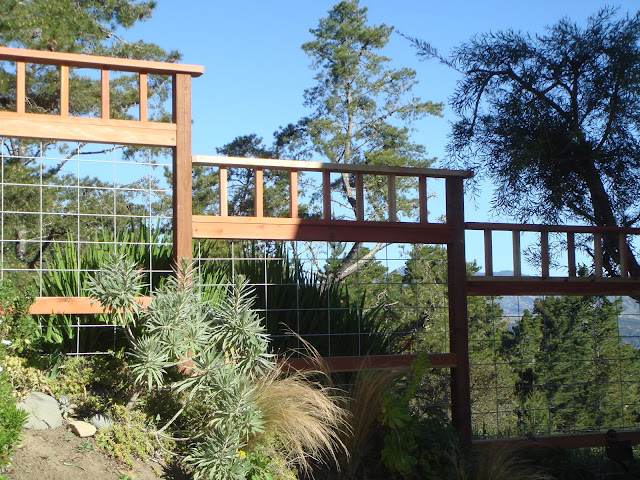 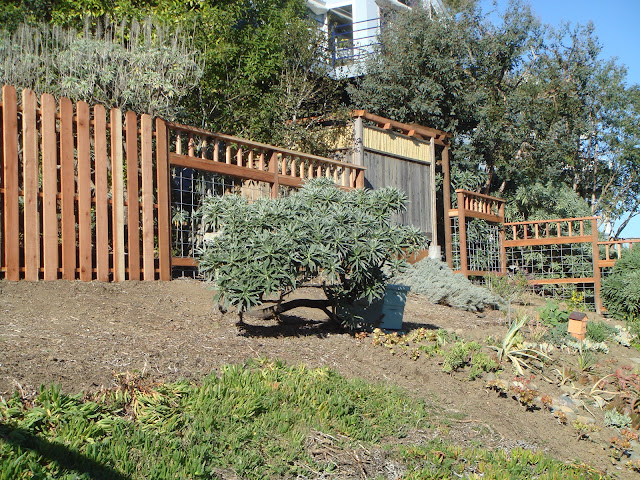 The fence has forced us to "recover" a back hill top
for more gardening and for a meditation spot with a
wonderful long vista of Green Valley.
Our good neighbors David and Lois reworked a portion
of their privacy wall and tied it in nicely with our fence.
See you down the trail.
PS-Oh yea, there is plenty of open acreage for the killer deer and dirty turkeys.
Posted by Tom Cochrun at 1:42 PM