THE DIFFERENCE BETWEEN MEN AND BOYS IN POLITICS & ALMOST HEAVEN

Nothing is certain in politics.  I heard Eric Sevareid say that when I was a young reporter and it has stuck with me.
Now Rick Santorum enjoys the GOP limelight in what
has been the craziest campaign season since I covered my first presidential election in 1968.
I think a lot about the late Sevareid as I watch this
season play out. The reporter/analyst was brilliant.

"The difference between men and boys in politics is, and always has been, that boys want to be something, while the men
want to do something."
Eric Sevareid
Those of you old enough may remember Sevareid as the  commentator at the end of the CBS Evening News with Walter Cronkite through the '60s and 70's.
He was one of "Murrow's Boys," the war correspondents who invented modern broadcast journalism as they covered
WW II.  Hired by Ed Murrow this band brought seriousness, analysis and intellect to daily reporting.
Sevareid was famous for his "think pieces," as we used to call them.  Essays really.  He had been a roving correspondent after the war.  Once while covering the Burma China war his plane developed trouble and before parachuting to safety he grabbed a bottle of gin.

"Next to power without honor, the most dangerous thing
in the world is power without humor."
Eric Sevareid
It would be a joy to see and hear Sevareid weigh in
on this campaign season. He never spared anyone from his critical gaze.

"The bigger the information media, the less courage and freedom they allow.  Bigness means weakness."

Here is a sample of the kind of thoughtfulness in
broadcast journalism, that many of us miss.  This is his
final commentary.
"I'm sort of a pessimist about tomorrow and an optimist
about the day after tomorrow."
Eric Sevareid
DAY BOOK
THE HIGH SIERRA 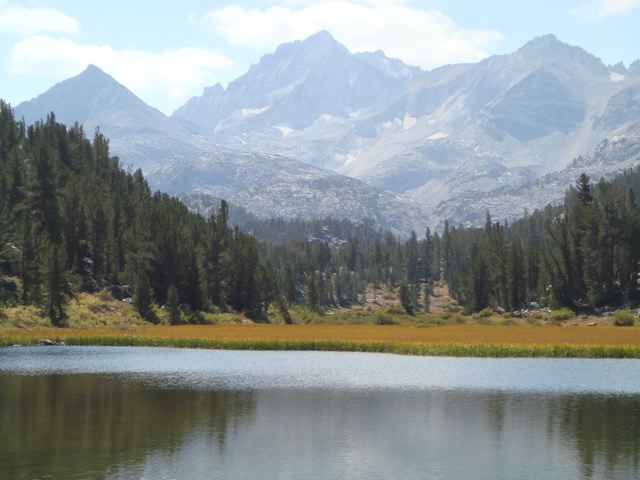 With the first blooms of spring I begin thinking about our
next exploration of California. Like the magnetic north I am drawn to the eastern slope of the Sierra Nevada.
Decades of globe trotting afforded me exposure to many wonderful places on this blue planet and I put the eastern side of the Sierra high on the list of exquisite. 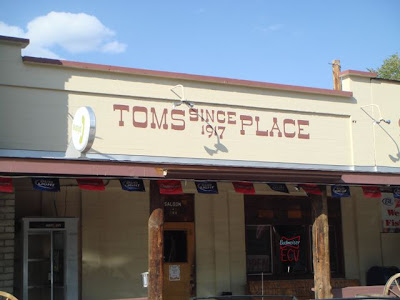 Folks have their favorite spots. One of mine is near Tom's place off the 395. From there you drive up to Rock Creek lake  at about 10,500 foot elevation.
From the trail head you go up to a wide fan of lakes along either the Morgan or Mono Pass. These shots are taken
from a hike, mostly south of the Morgan Pass. 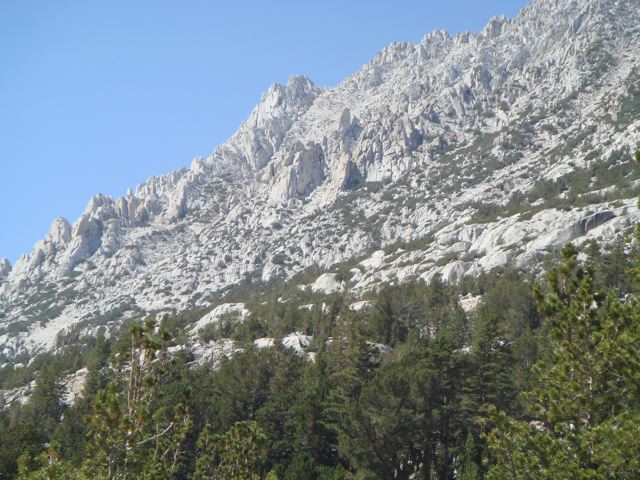 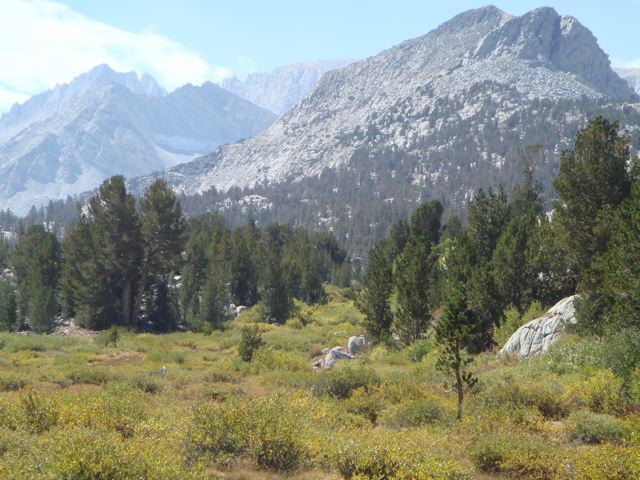 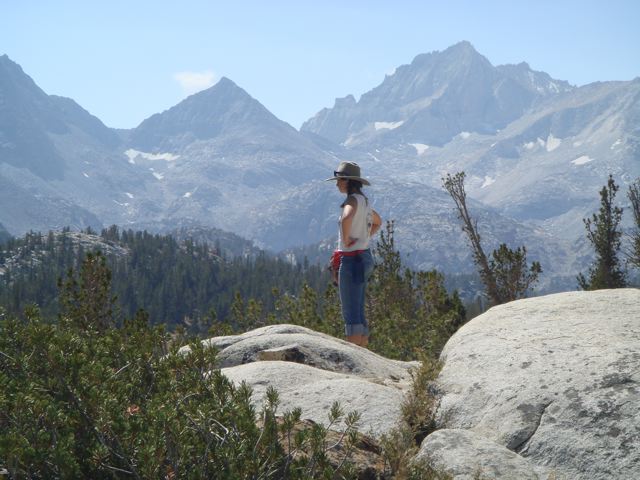 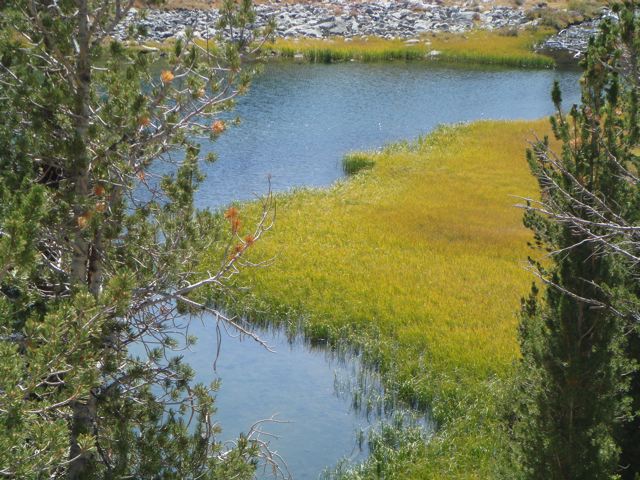 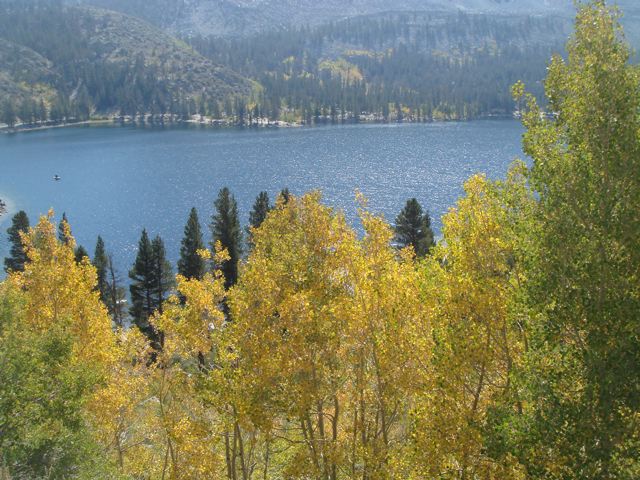 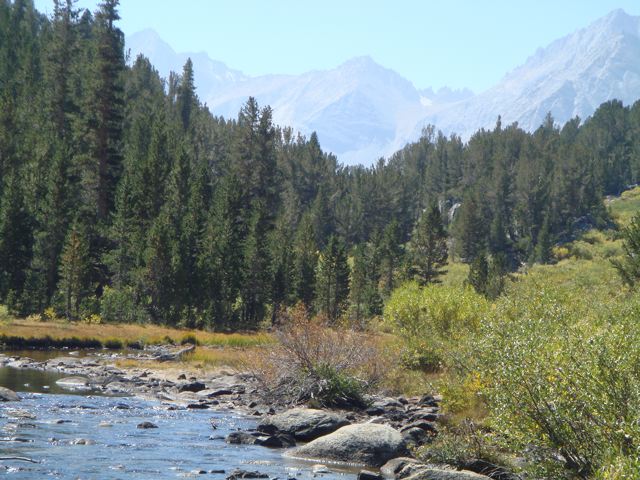 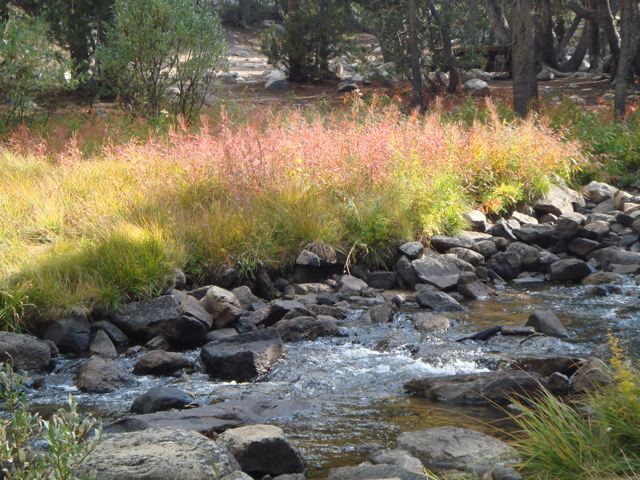 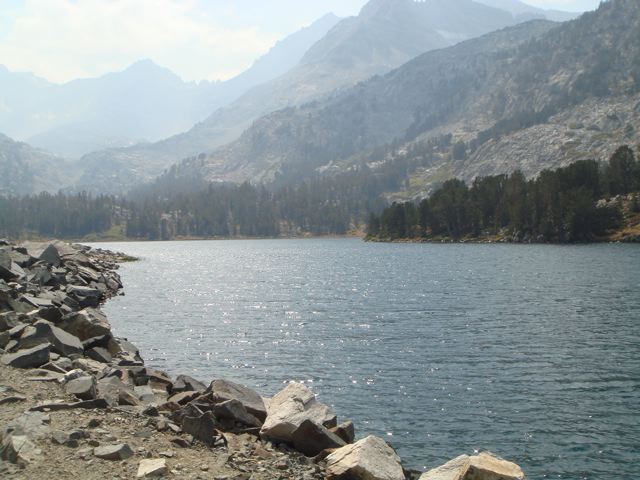 Long Lake.
If your journeys ever afford you a chance to visit
the Eastern Slope of the Sierra, I suspect you too will
be in awe.
See you down the trail
Posted by Tom Cochrun at 11:51 AM