KILLED SO THAT YOU CAN KNOW

MEMORIES OF A FALLEN COLLEAGUE

Marie Colvin was one of the best.  She was killed this week while reporting on the insanity in Syria. Colvin, from the U.S, covered the world's trouble spots for Britain's Sunday Times for 25 years. Here is their coverage.
The eyepatch was a result of an earlier injury caused by shrapnel. As journalists we are frequently in areas of danger or potential violence, but veteran war correspondents who endure a full career of violent strife are a special breed. They take the risks so the rest of the world has a record.

You can link here to read her thoughts about why it was important.
A couple of years ago Marie Colvin was given a special award for her coverage.  More about the tribute and others who put themselves in danger can be found here.
I was a student when Welles Hangen an NBC war correspondent went missing, presumed killed in action in Southeast Asia.  By linking on his name you can learn more but Hangen was buried with Honors at Arlington National Cemetery over 20 years later.  I mention him now because Hangen had been a correspondent I admired and his disappearance shook my young world.
I note also that Remi Ochlik, an awarding winning 28 year old French photographer was also killed in Syria this week.
I was lucky. I survived beatings, being shot at, a home robbery at gun point, two car fire bombings, close calls in small air craft and a sabre incident at the Somali border.  Getting home to my family was a blessing I enjoyed that too many in the pursuit of journalism have not.  When one of our colleagues falls, especially one of the best, it shakes me again, like the day I learned that Welles Hangen was gone. And it leaves an ache.
They have died, so you can be informed.
Rest in Peace. 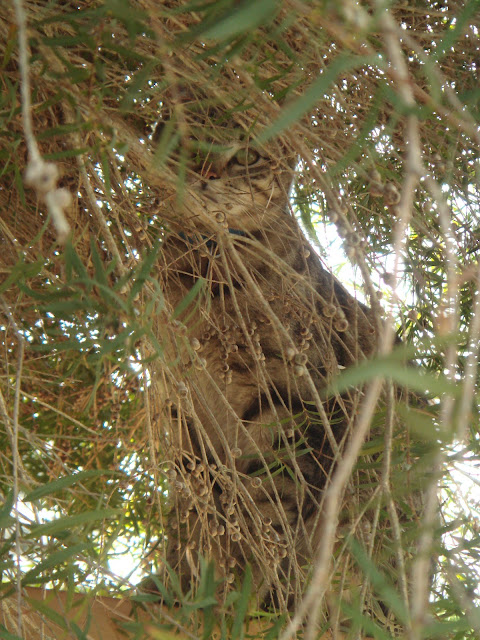 You may recall an earlier post, in fact one of the
most popular, where you see Luke on top of a car.
Caught this one of him in a camo style pose. 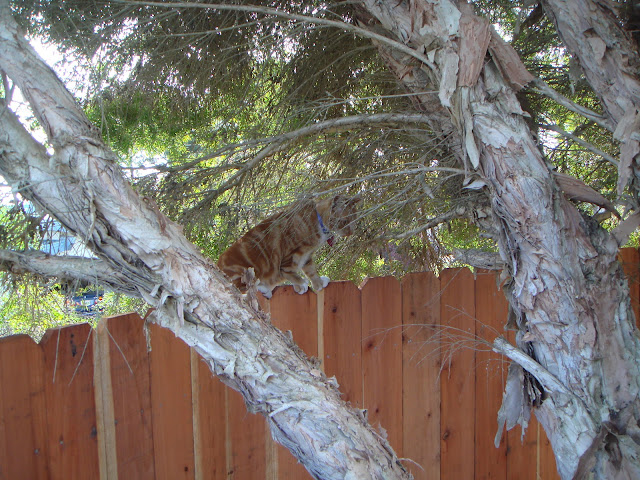 Those six toes on each paw help Hemingway navigate a fence 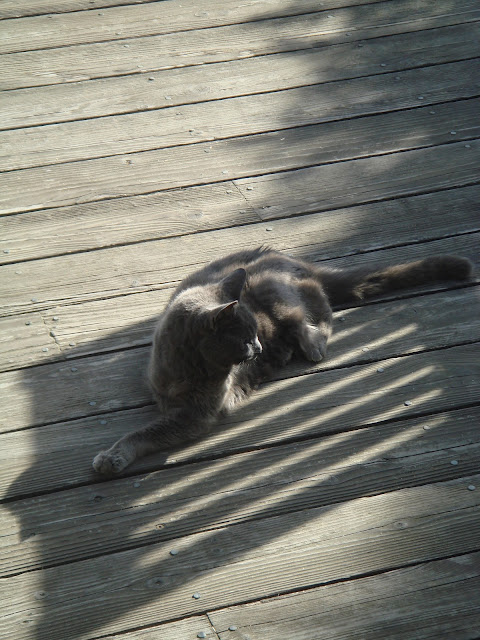 And old Nesta, at 18 she is in her twilight. 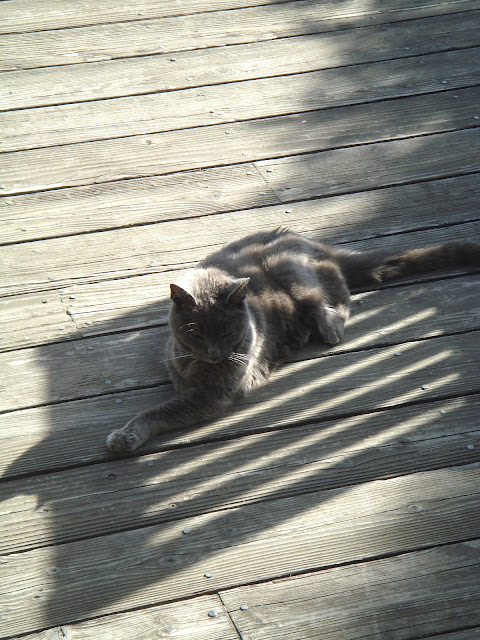 She made the move with us across country
and seems to enjoy California retirement.
See you down the trail.
Posted by Tom Cochrun at 11:45 AM