I have a little different take on Oprah. I was amused that a program no less serious than Charlie Rose on PBS spent an hour analyzing the Oprah era in television and her impact on society.  Countless articles have covered the phenomena that is Oprah.  The two next to last programs, taped at the United Center in Chicago, a cross between a rock concert and a religious crusade, came close to being the first step in the beatification of her Oness.
Years ago, before I read it attributed to anyone else, I called her the most dangerous woman in television.  Dangerous?  How?
She was dangerous to any station not carrying her syndicated program.  In almost every market, the local news that followed Oprah was number 1 in that time slot.
I ran a news a department that had to compete with her powerful lead in.  The station where she aired would begin their 5:00 News with maybe a 13-17 rating, or higher.  We other stations had 3, 5, 7  or depending on the changing line up of lead ins, lower than that. That meant that Oprah controlled the early evening news.  She knew that and her syndication fees, for the station's bidding to carry her, continued to go up and up and up.
Still, the winning station in the bid knew, could count on, at least starting the lucrative early evening news block with a sizable audience advantage.
We worked hard to provide a product and quality that would attract an audience, but coming off the block, the Oprah affiliate had such a lead, they almost hard to work at loosing audience.  When we could win, that is have the largest audience by 6PM it was an incredible achievement and well noted.
So, now that Queen O is vacating the daily pre news syndication spot, it will be fascinating, fun even, to see how those Orpah led stations fare.  That is until the new queen or king of afternoon chat emerges, though it seems unlikely there ever be the likes of Oprah. THE QUEEN IS GONE.  LONG LIVE THE QUEEN!
...speaking of queens...
INSPECTION TIME 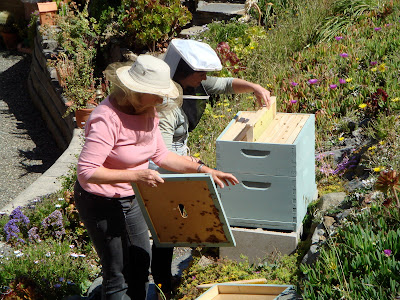 Time for another "look in" at our Blond Italian Bee Colony. 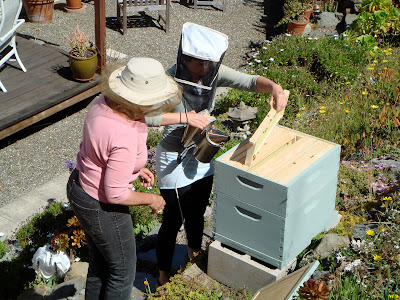 We need to check on their status in laying brood, capping comb and beginning to deposit honey. To do so the top is removed and the queens quarter is examined. 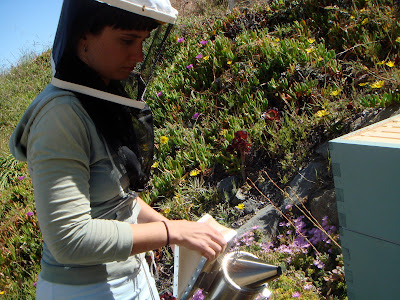 Katherine tranquilizes the colony so we can remove the so called queen screen. 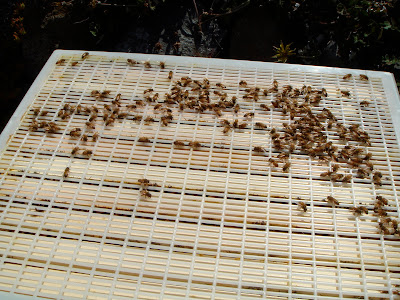 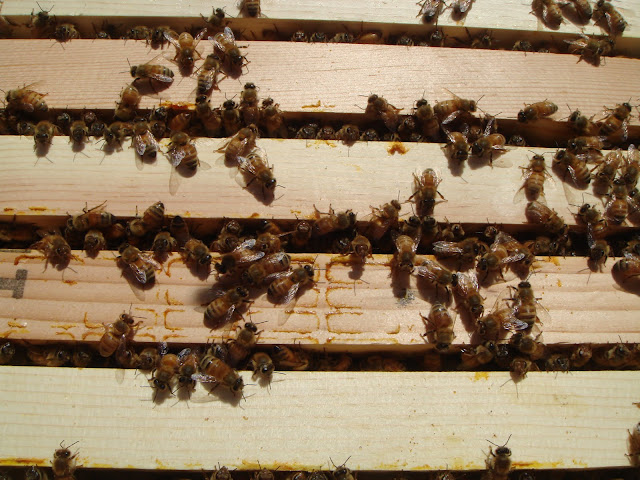 The round cornered rectangular shapes on the frame top above is propolis, a tree resin the bees collect to "seal" the connecting surfaces and edges of the frame.
They do this for security.  Breaking the seal requires use of a tool. 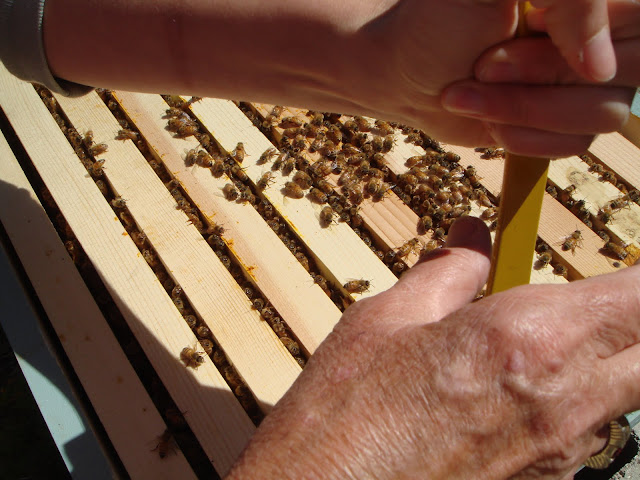 We can then pull a frame for closer examination. 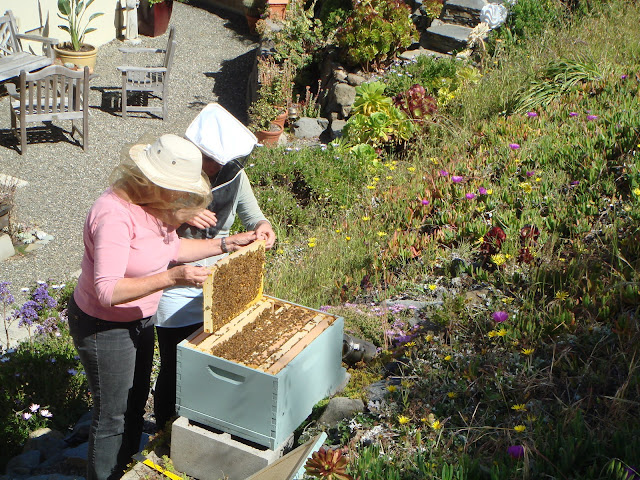 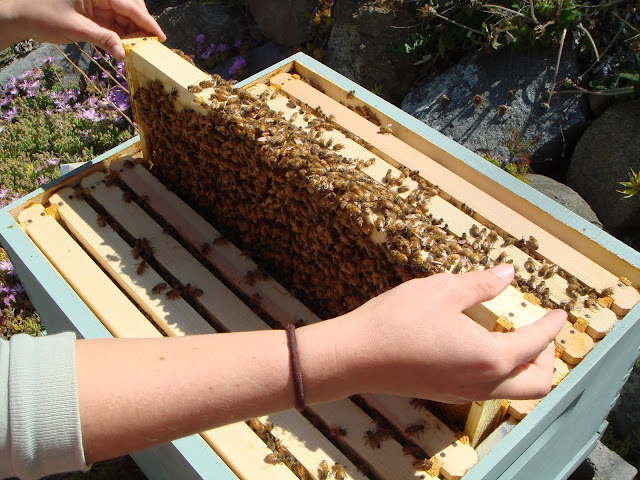 All movement should be slow, easy, making sure not to injure a bee. 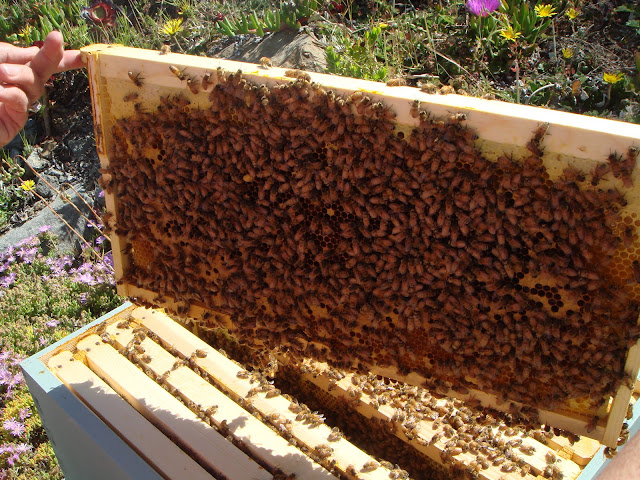 A frightened, riled or injured bee can send a warning signal agitating the colony and making them aggressive. 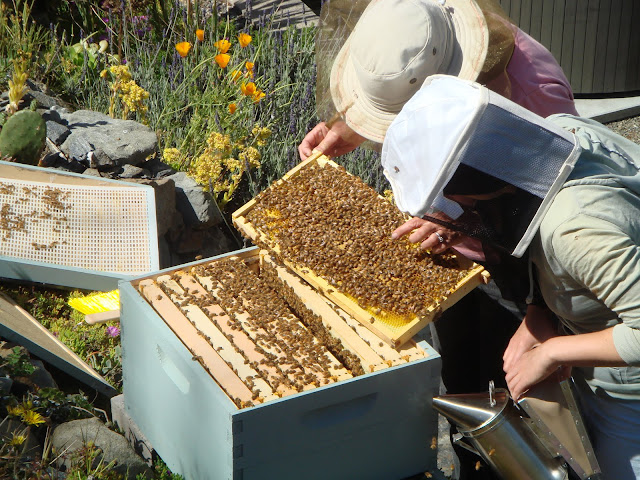 Lana and Katherine are looking for evidence that chambers for pupa have been formed. 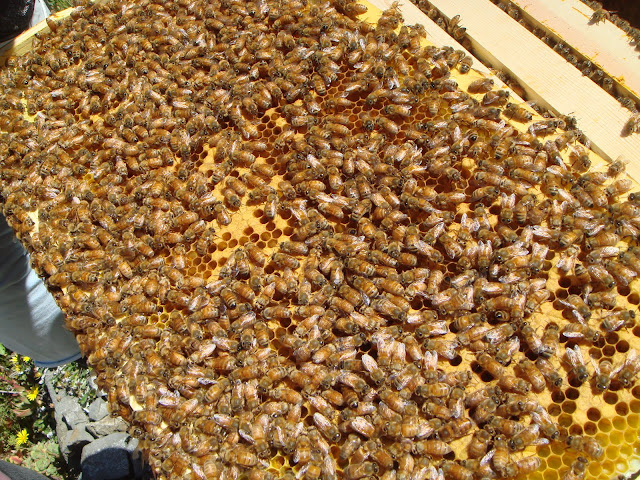 Areas of the frame comb have been filled-a good sign. 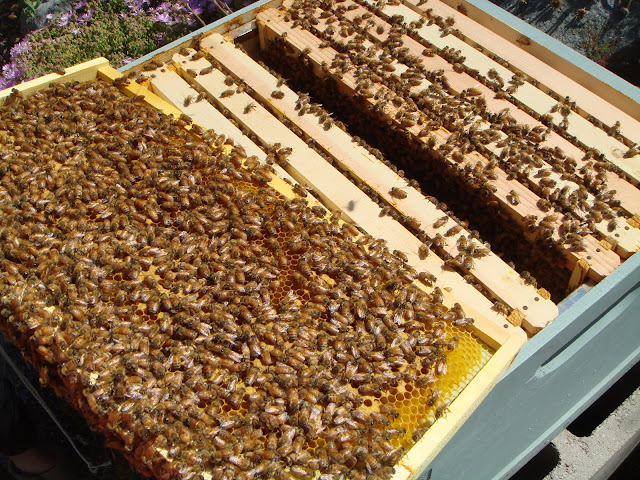 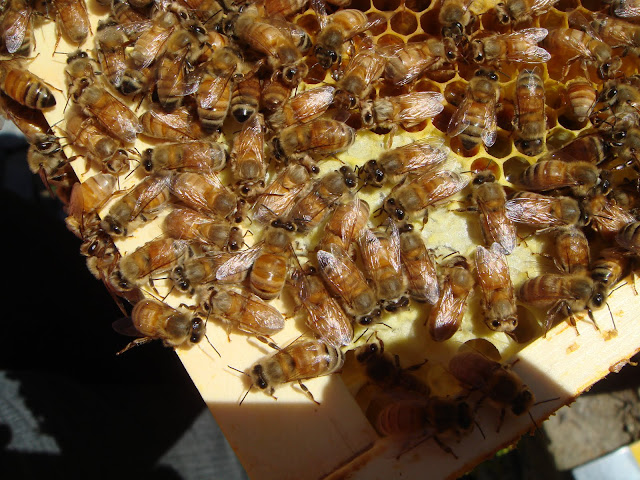 The white and non yellow fill in some of the comb pictured above is the first evidence that honey is being made. Ciao my little blondes.
See you down the trail.
Posted by Tom Cochrun at 10:56 AM