DISCOVERING A SIDE ROAD 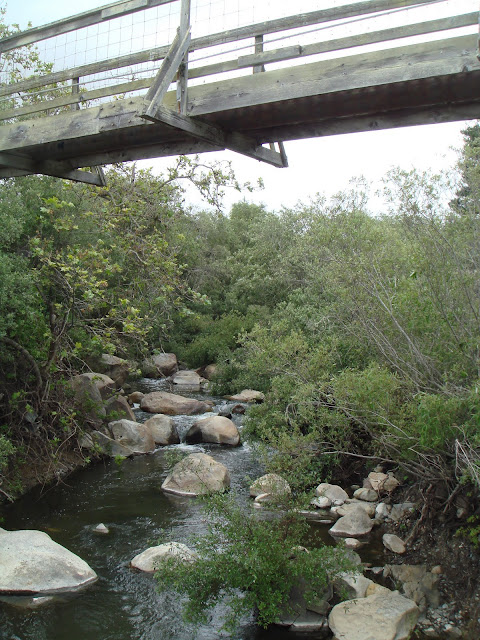 It was an impulsive turn off Highway 1, the Pacific Coast Highway, as we headed south from Morro Bay toward San Luis Obispo.  I was interested in getting near a field of rolled hay bales. That wasn't going to happen, I soon discovered, but the narrow the road looked promising none the less. 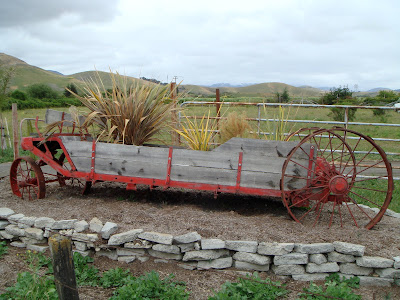 Poppies along a fence row revealed a more red variety that we had seen before. 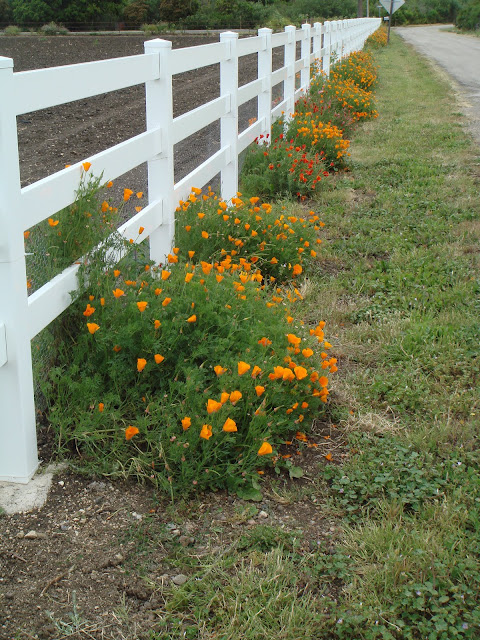 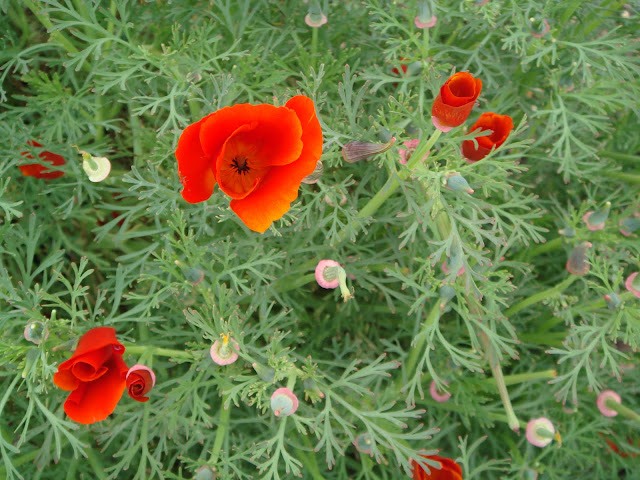 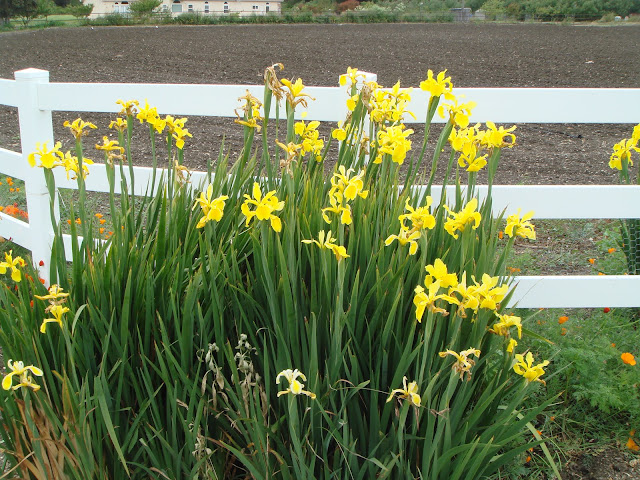 A healthy crop of prickly pear cactus formed a kind of fence. 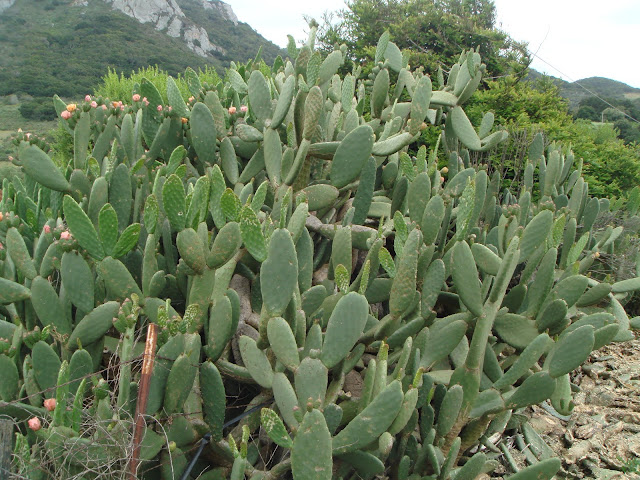 There were more brilliant poppies and blooming wild flowers filled a field. 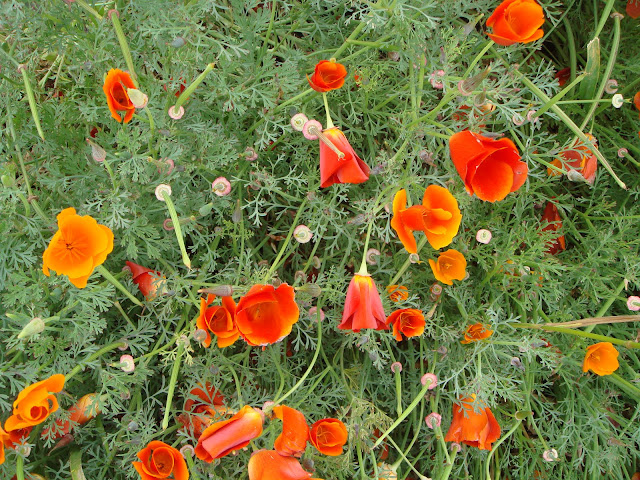 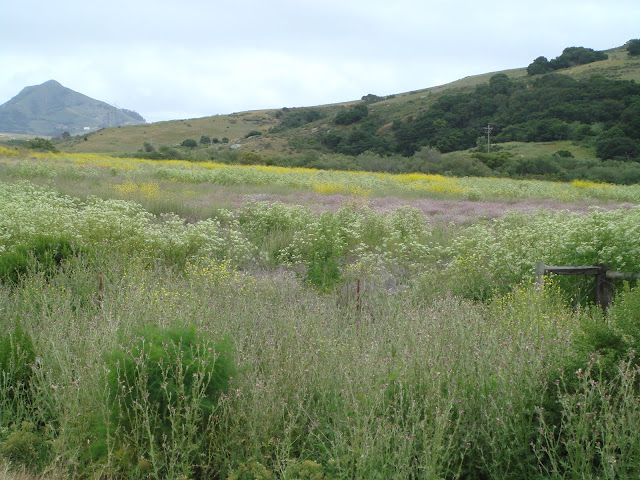 The road did not permit access to the field of bales, but I discovered a new perspective
on Mt Hollister 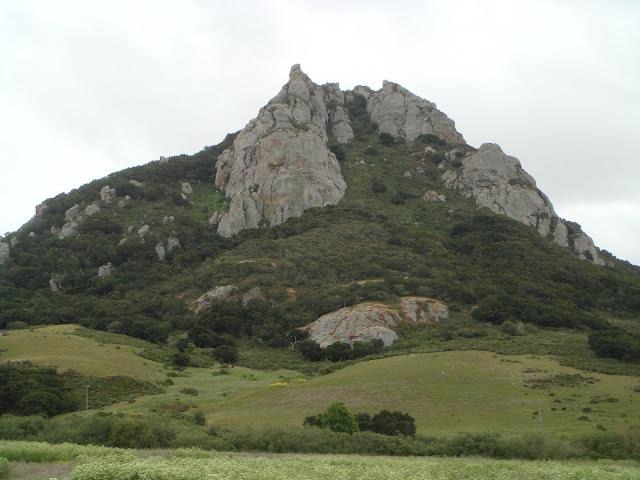 and further down the lane an historic private cemetery. It dates from the mid 1800's and belongs to the heirs of Vincente Canet who came from Spain around 1824. 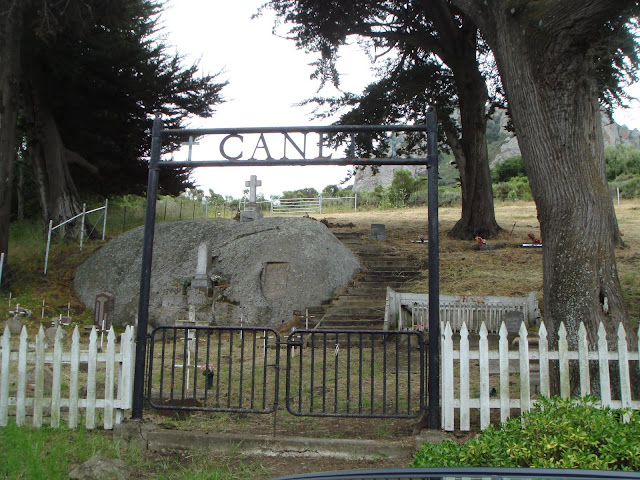 A little noticed side road on an overcast day revealed more jewels here of the Central Coast. 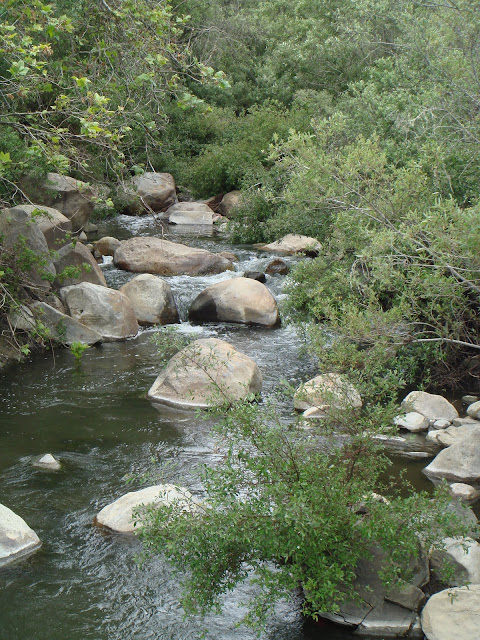 Make a turn and take a side road someday.  You might be surprised what you'll discover on a rarely traveled route.
WORKING THE COAST HIGHWAY 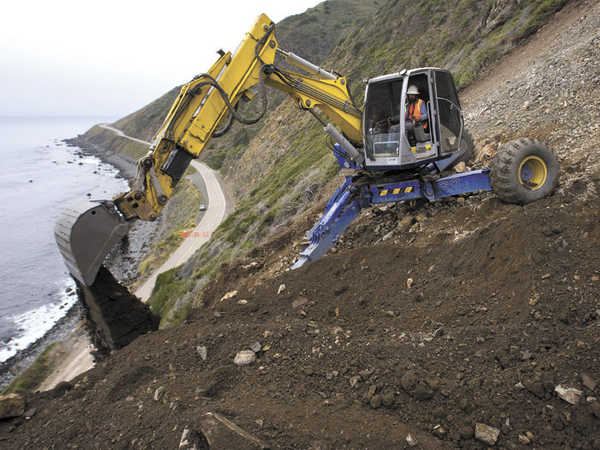 PHOTO BY DAVID MIDDLECAMP SAN LUIS OBISPO TRIBUNE
LINK HERE FOR AN EXCELLENT STORY BY TAD WEBER OF THE SAN LUIS OBISPO TRIBUNE ABOUT THE BIG SUR DIG-THE EFFORT TO REOPEN THE PACIFIC COAST HIGHWAY
A GERMAN TURN
I was pleased to read of the German government's commitment to alternative fuel sources by 2022. Putting investment and support into wind, solar and hydroelectric will help move the technologies forward and make them a more viable investment.  This is the direction of the future.
See you down the trail.
Posted by Tom Cochrun at 11:51 AM