I COULD HAVE KILLED BIN LADEN IN '99 & A WILD SHOW

As a journalist and documentary producer/writer/director, I reported on national security and intelligence.  It was from that field of information and contacts that I drew
substantial elements of my 1999 historical mystery/thriller THE SANIBEL CAYMAN DISC.
The black market trade of chemical and biological weapons is a major factor in the plot line and while the book is fiction, most of the material is true or based on fact.
I included Bin Laden and his knowledge of Petrov class CBW as a plot element.  As a mujah fighter in Afghanistan, Bin Laden saw the effectiveness of the weapon and as a character in my novel reflected truth of that dark zone of the weapons trade.
Turn the clock back in your own mind.  In 1998 few knew of Osama Bin Laden but intelligence professionals.  I implanted him into my work and posed the kind of danger he represented.   I thought it was a meager way to raise a public awareness of him and the threatening world of black market weapons of mass destruction.
Friends and contacts from the intelligence and national security community thanked me. The book sold a few thousand copies and it prompted interesting reaction from some readers.  But it wasn't until a couple of years later that Bin Laden's name became familiar to the world. Had the publisher not been in the middle of being purchased by a larger media conglomerate, the novel could have sold more.  Woulda, coulda, shoulda!
I wrestled then, when writing the novel, and many times since, if I shouldn't
have written a scenario to kill Bin Laden.
As an old friend, who chaired the House Committee on Intelligence told me once
about thrillers and spy novels. "There's a lot of truth in that fiction."
NOW SOMETHING GENTLE
A UNIQUE DISPLAY 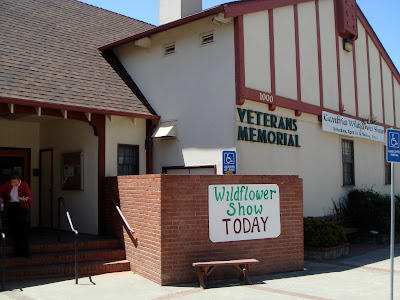 For seven years the Friends of the Fiscalini Ranch Preserve have presented a remarkable  Wildflower Show in Cambria. This year some 400 examples were displayed.  It is an amazing number given the display are fresh wildflowers collected in north San Luis Obispo County, from the Monterey County line to the Morro Bay Estuary and from the Coastal Bluffs to the ridge of the Santa Lucia Mountains.  These examples are from our neighborhood. 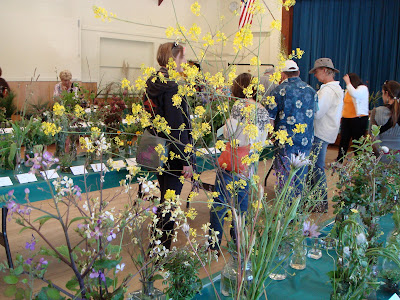 The variety is stunning, even with in a general type. 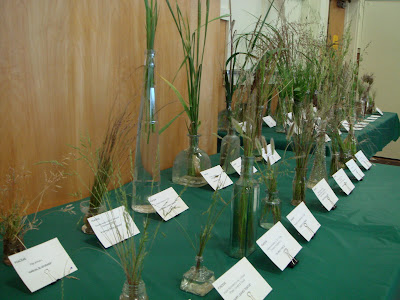 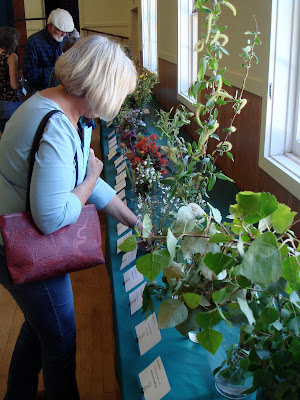 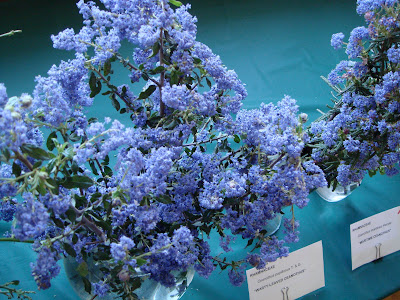 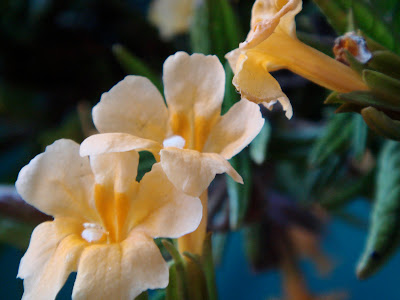 These are all fresh wildflowers and blooming at the time of the show. 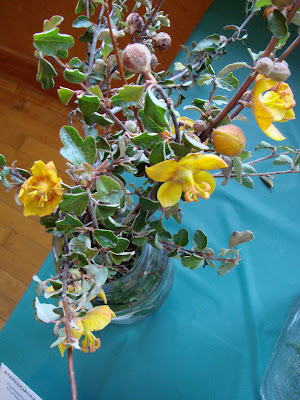 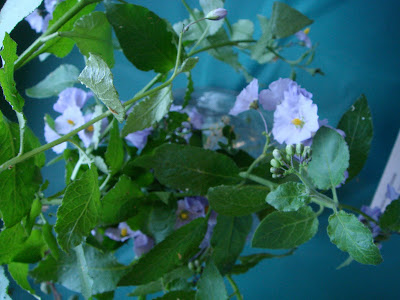 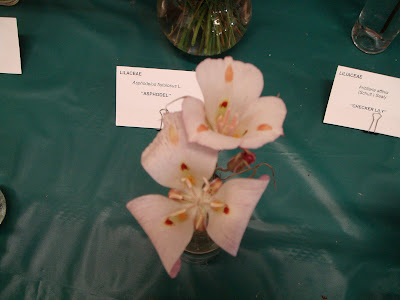 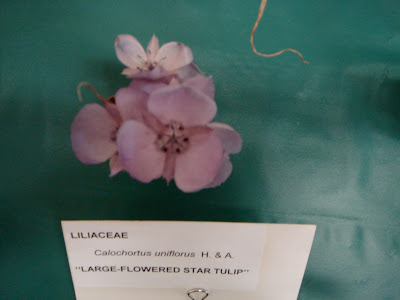 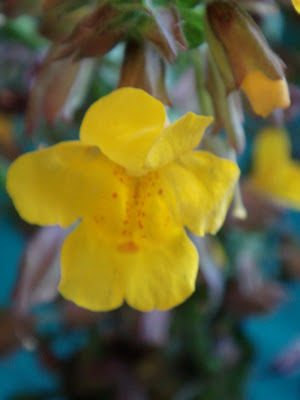 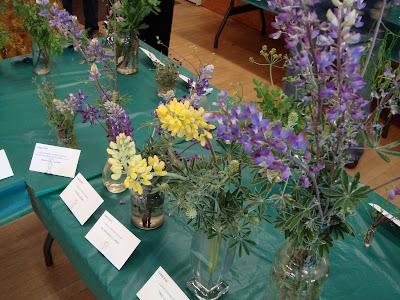 Even "dreaded thistle" can provide a couple variations of bloom 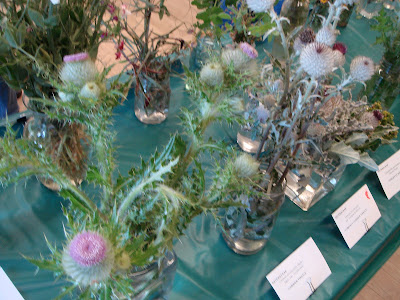 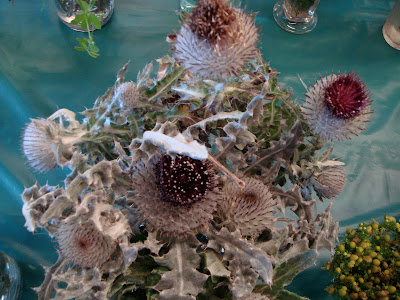 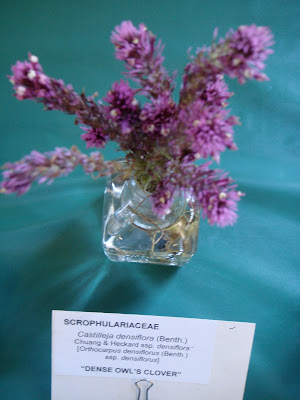 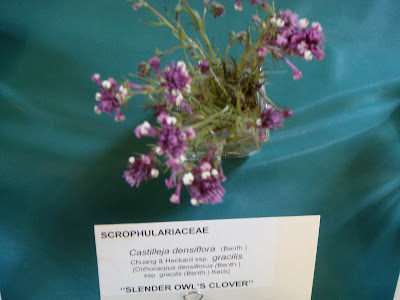 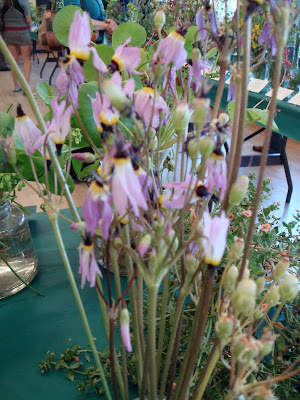 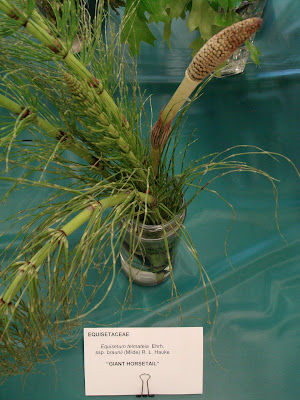 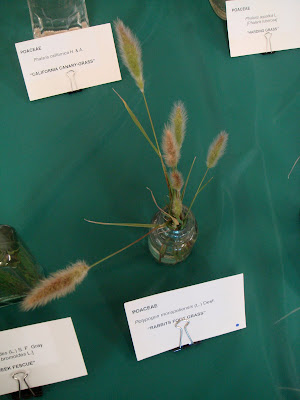 There are wildflower versions of domesticated flowers 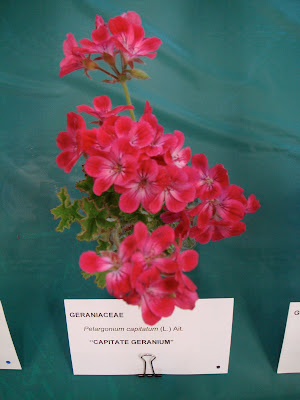 It seems extraordinary, but on almost any of the walking paths or hiking trails,
you can observe this beauty in nature.
Natures gift to the central coast. 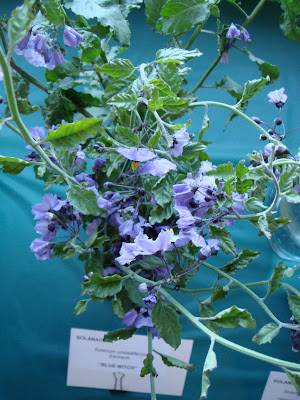 And it seems that like most events at the Vets Hall in Cambria, there is a
Barbecue to accompany it. 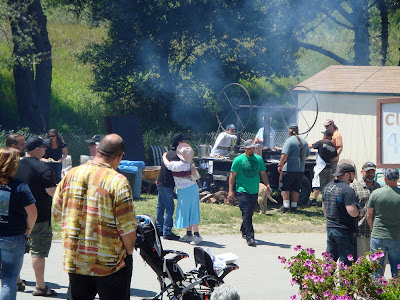 See you down the trail.
Posted by Tom Cochrun at 2:03 PM