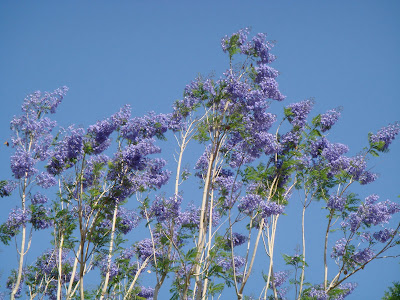 Above the oasis towns of the Coachella valley, away from the heat of Palm Springs and points east is the mountain top cool at the end of the Palm Springs Tramway. 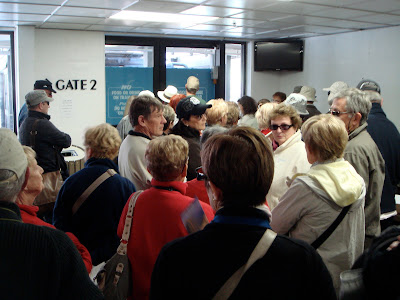 Passengers board at the Valley Station at about 2,600 feet.
The ride up the Chino Canyon of the San Jacinto mountain range is spectacular. 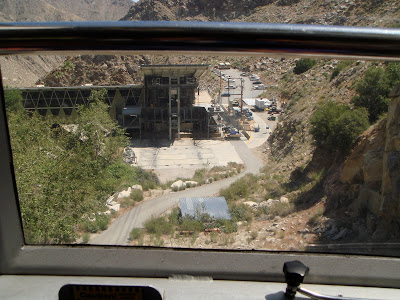 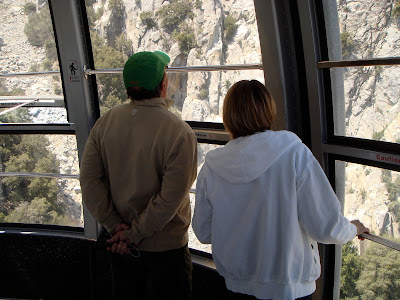 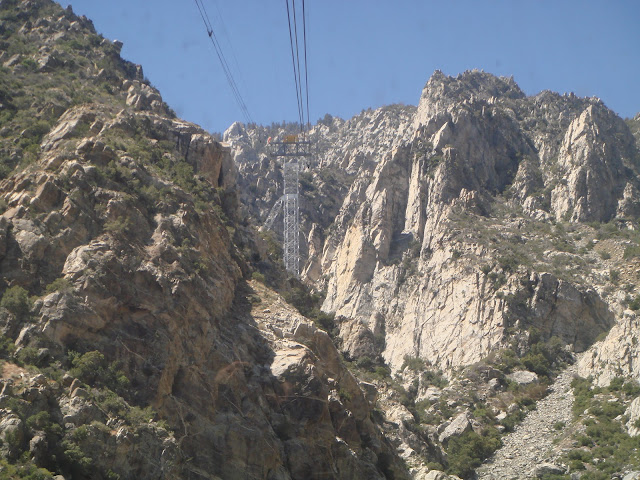 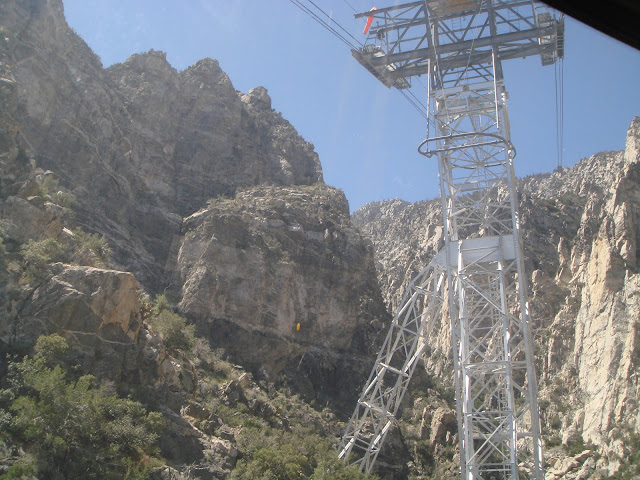 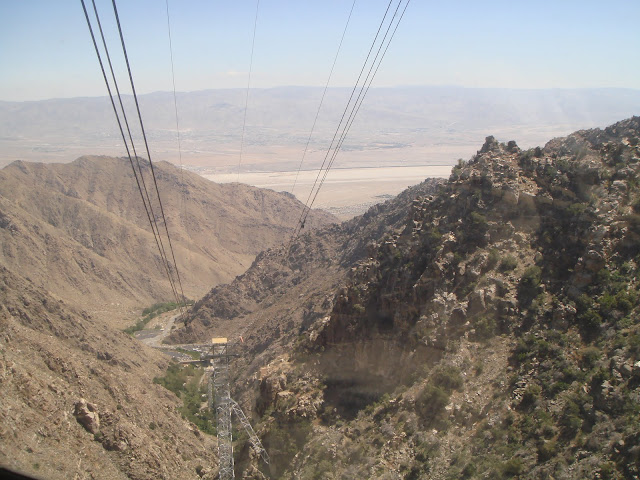 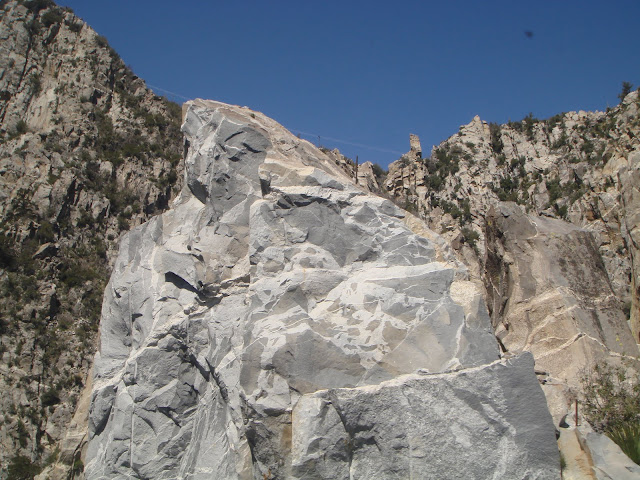 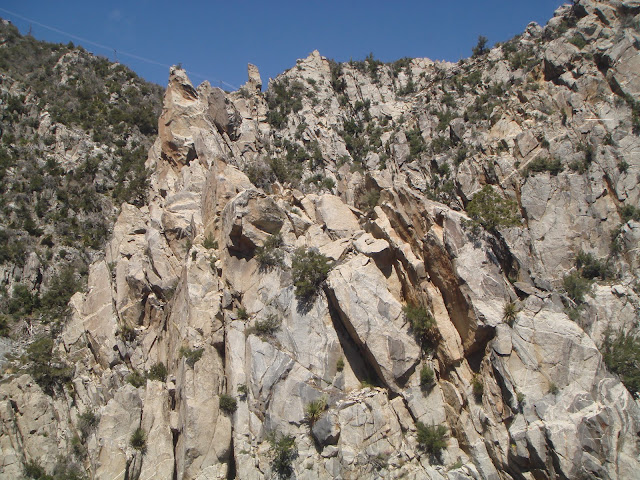 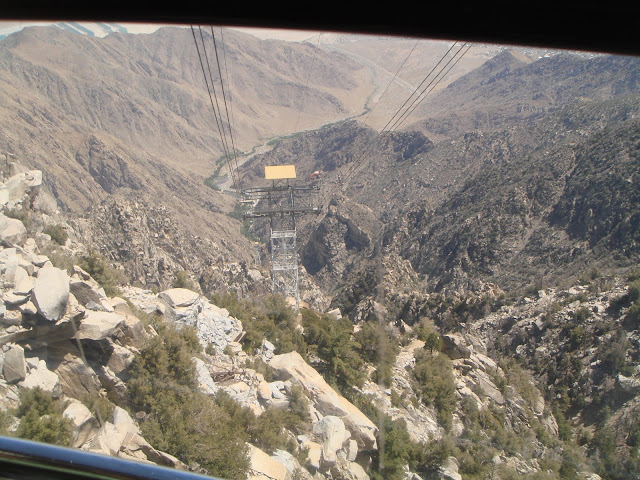 The world's largest rotating tram car rides up on cables and a sophisticated engineering system first imagined by Francis Crocker in 1935.
Five towers were constructed in the canyon, and required blasting of the granite mountain  surface.  Helicopters were used to construct the towers.

Photo courtesy of California State Parks Palm Springs Tramway
23,000 Helicopter missions were flown during the 26 months of construction.
Helicopters are still used and land on the tower tops.
The tramway was opened in 1963 and modernized in 1998 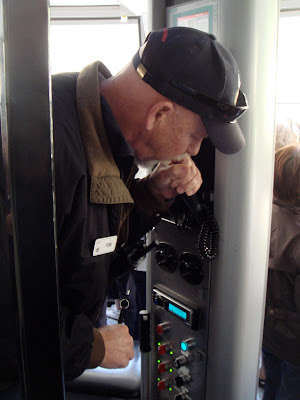 The operating system is backed up with a hydraulic brake system and two diesel hydrostatic systems back up the main power. 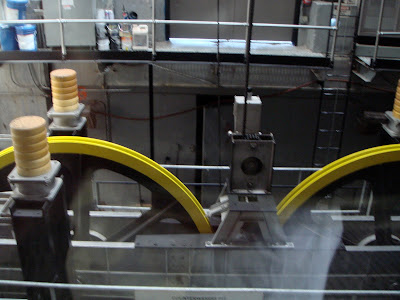 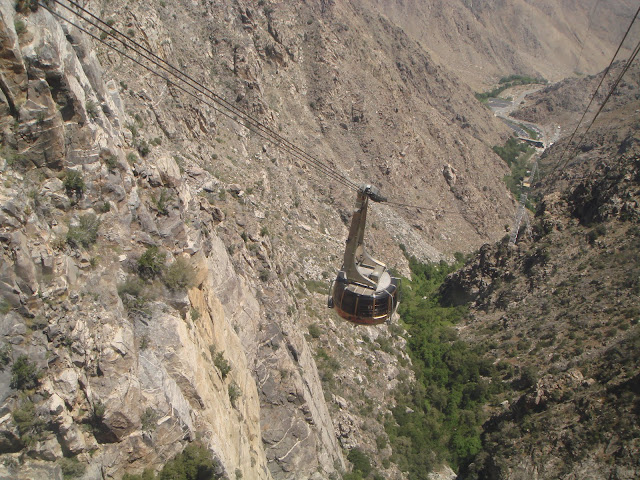 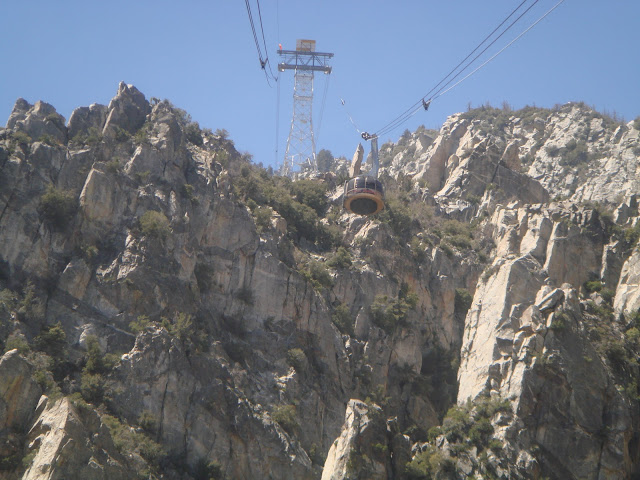 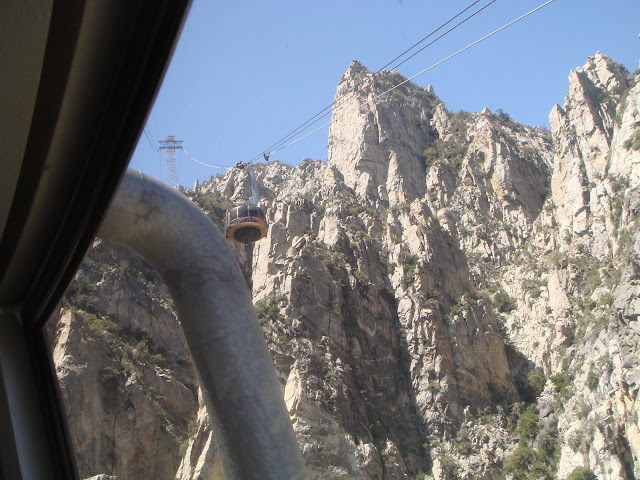 You get off the tram at 8,516 feet and are offered commanding views of the Coachella Valley. 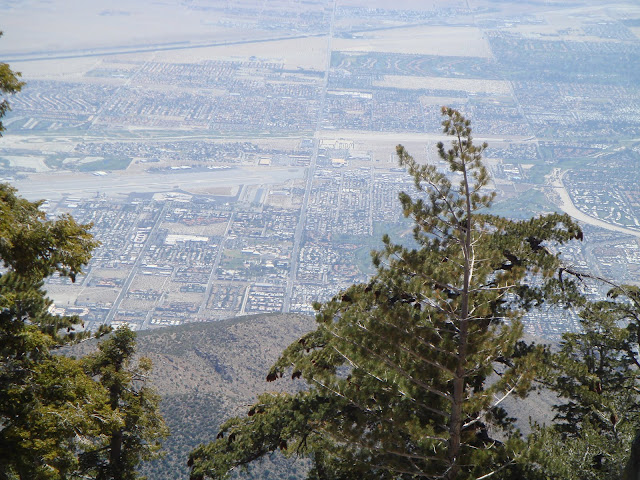 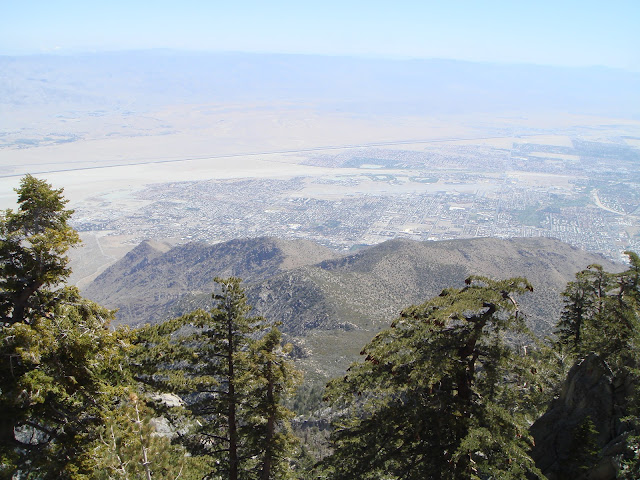 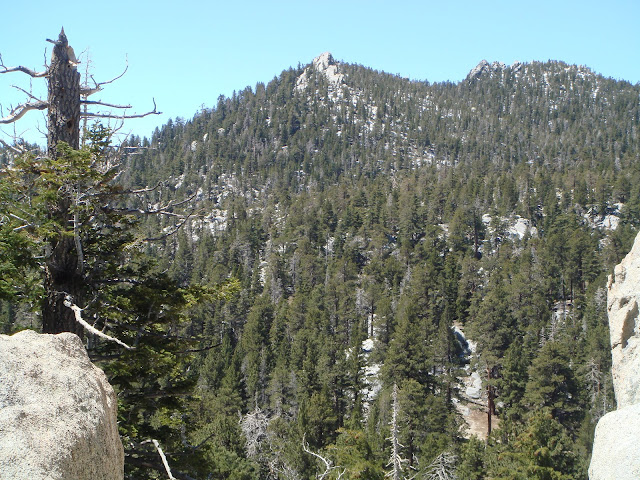 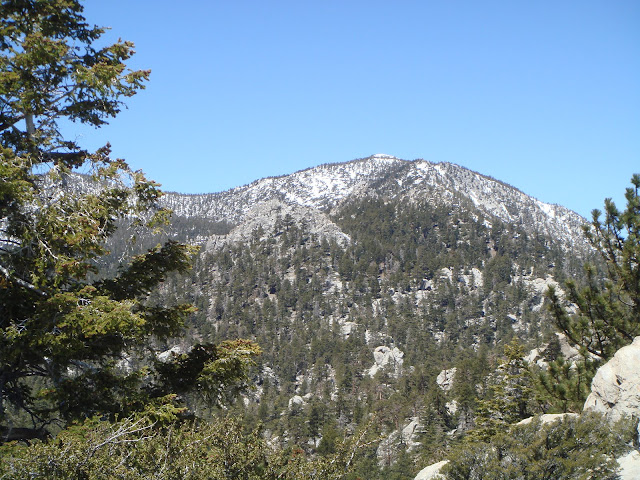 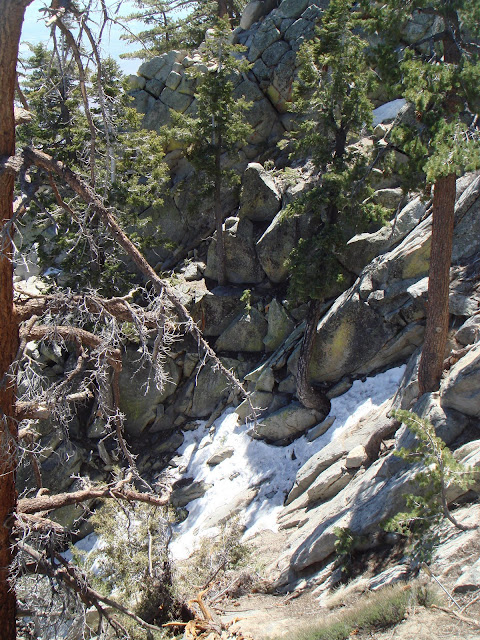 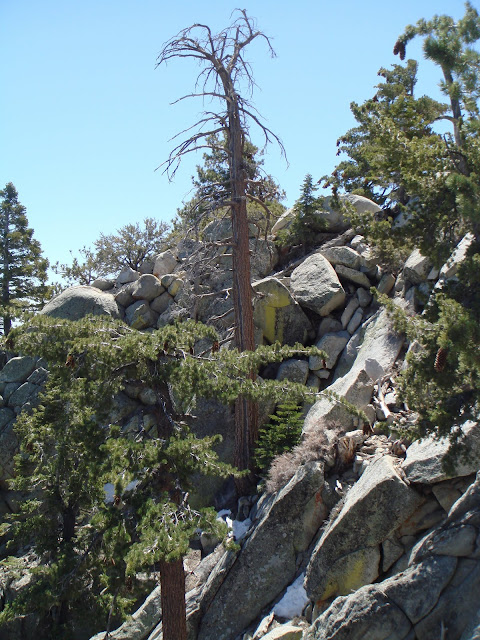 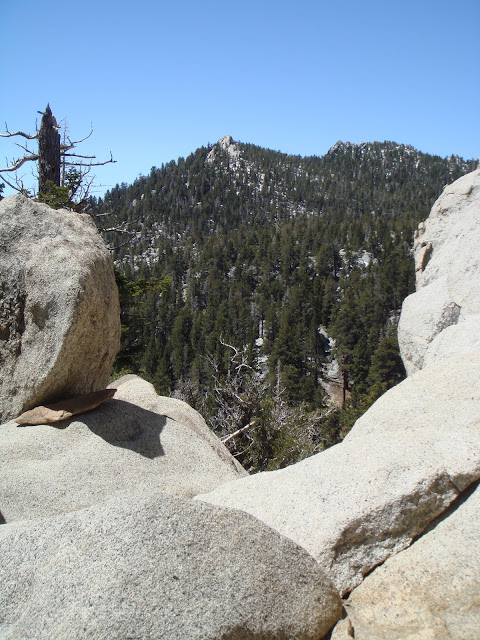 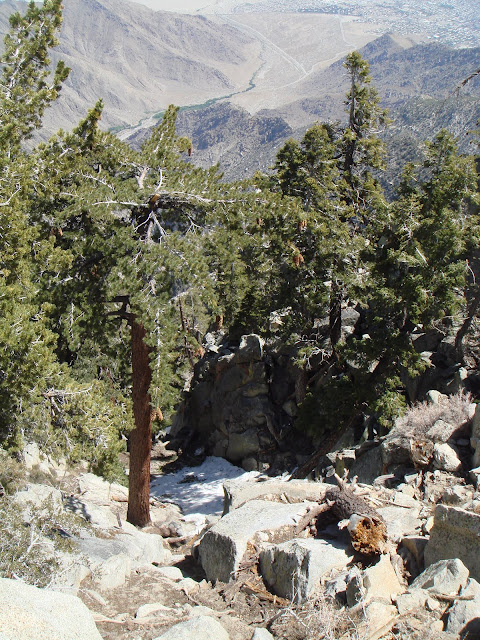 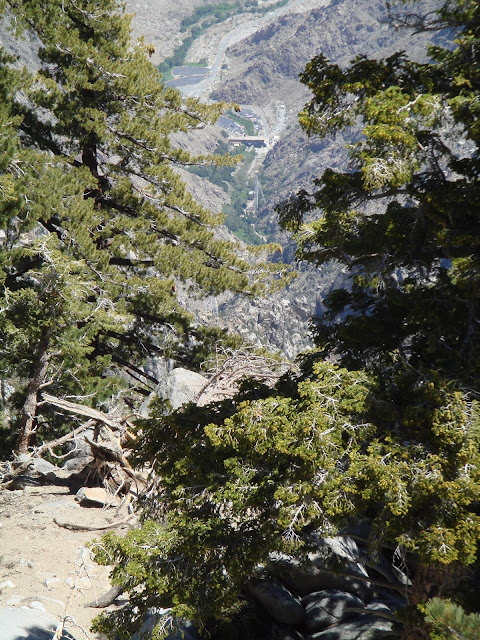 The entire system is an engineering marvel and a great way to add to a visit
to the Coachella Valley. 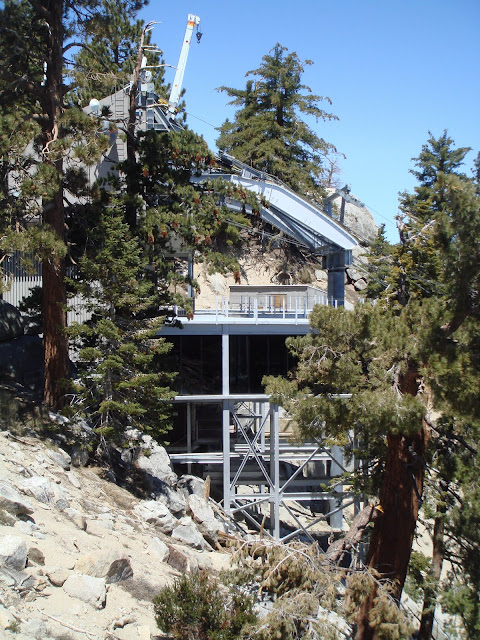 It is also a way to cool off.  When we left the valley it was 67 and on the mountain top it was 34. We watched as a bank of clouds moved through the pass. 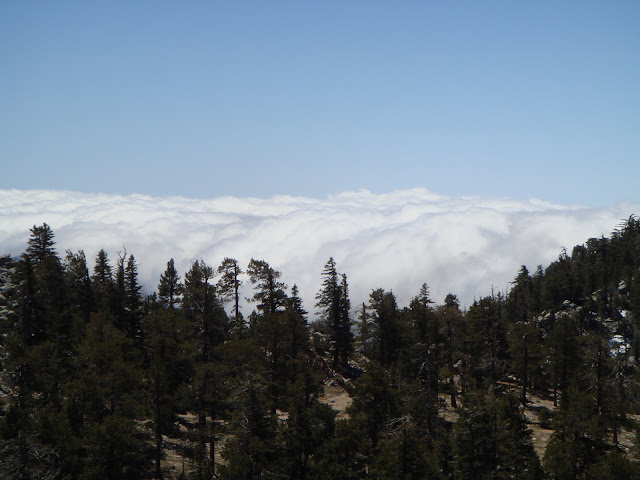 Back down on the floor, the Jacaranda trees pointed toward the cool 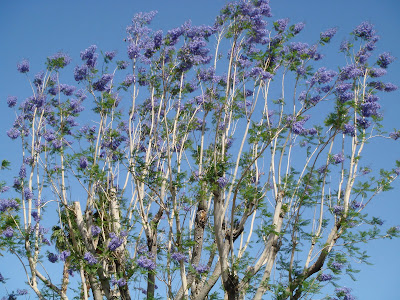 See you down the trail.
Originally posted on Thursday 5/12/11
re-posted after Blogger Failure and disruption
Posted by Tom Cochrun at 1:12 PM