Watching the reaction to Bin Laden's demise has prompted an imprecise kind of brooding. The world is a better place without him.  He fit my description of evil.  Still I feel uneasy about the celebrations of his death. I am happy to see a sense of national relief and unity.  I have been moved by comments from friends and loved ones of victims of the 9/11 attack.  This will create major disruptions for al-Qaida. I do not mourn his passing and in my own heart hope that he sensed a moment of panic, terror and pain before he died.  Still, I am squeamish about seeing joyous celebrations over a death, even the death of an evil man.
I recall thoughts of Dietrich Bonhoeffer, the German theologian and preacher who
was executed for his role in the attempt to assassinate Adolph Hitler. He was convinced that his was his duty to work for Hitler's death.  He believed his imprisonment and eventual death were part of the cost he had to bear.  I've heard analysts compare Bin Laden to Hitler.  Both were driven by dark and evil forces.  Still our higher calling is more than death, war and revenge.  Just a nagging riff in my heart.
NOW TO THE FUTURE
Our national security and foreign policy apparatus needs to examine the Pakistani duplicity.  One expert compared Abbottabad to a kind of West Point garrison town.  How could they not have known of Bin Laden's presence under their nose?  Stupid? Inept?
or double dealing?
Some $3 Billion a year flows to the Pakis.  Hmmm!  It is a tough call, given they are members of the nuclear club, but there will be some hard discussions forthcoming.
AND NOW-JOY
SEX AND HONEY
QUEEN, ARE YOU IN THERE? 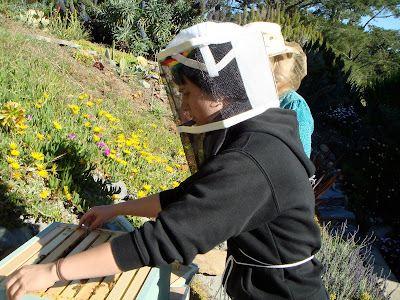 The more appropriate question would go to her reproductive proclivities.  After setting the hive, we need to check to see if there are signs of baby bees in the making. 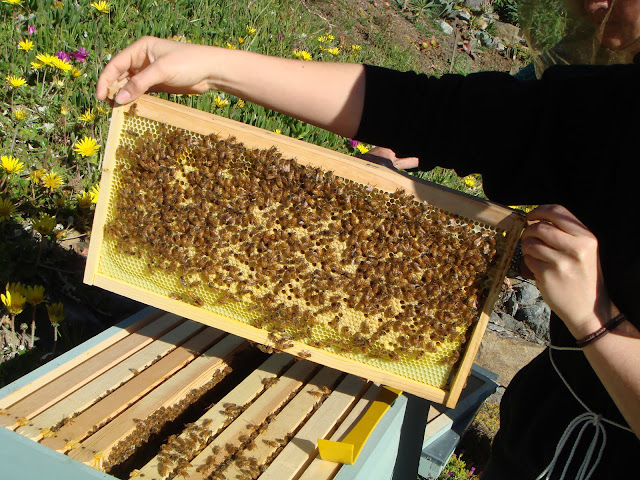 The frames need to be examined. 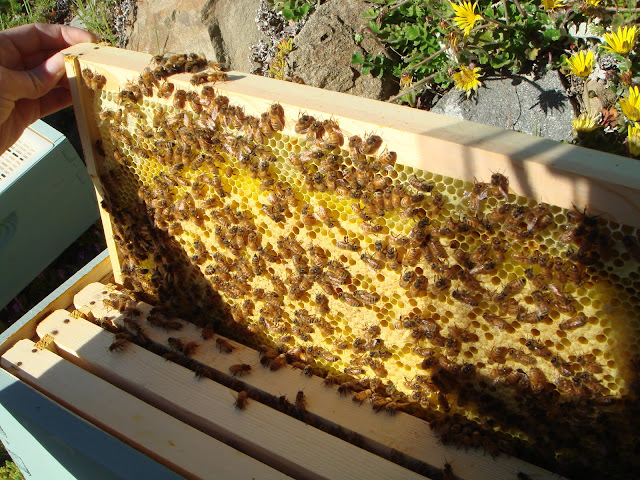 Looking for signs of closed cells, indication that eggs have been deposited and pupa are growing and in transformation. 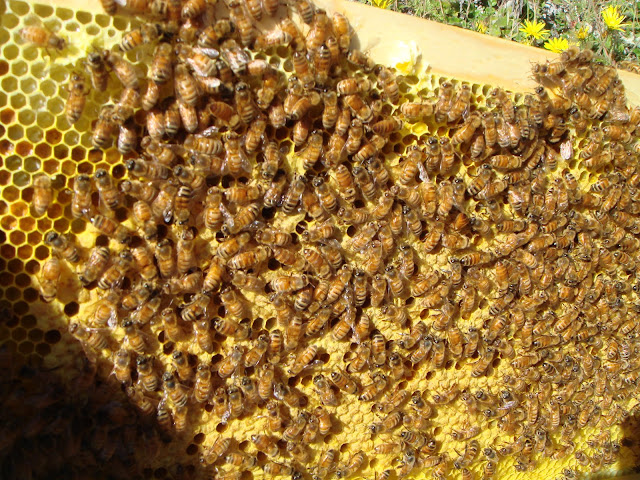 The new bees further populate the colony and add to the work force our our blond Italian bees from Glenn Ca.
Most are female workers, who collect the nectar and pollen.
The others are male drones most of whom just hang out waiting for a chance to mate. 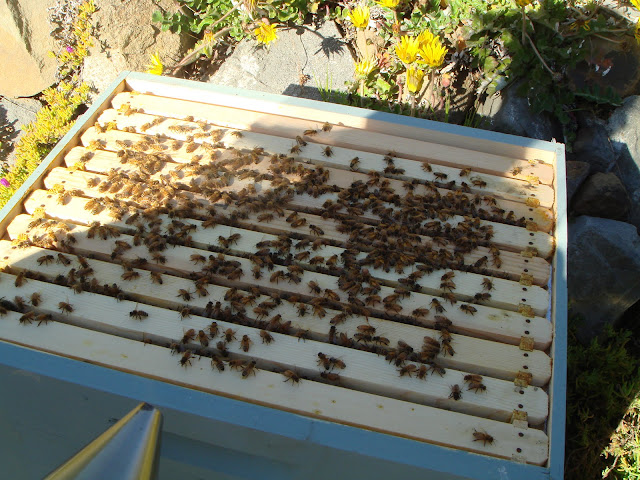 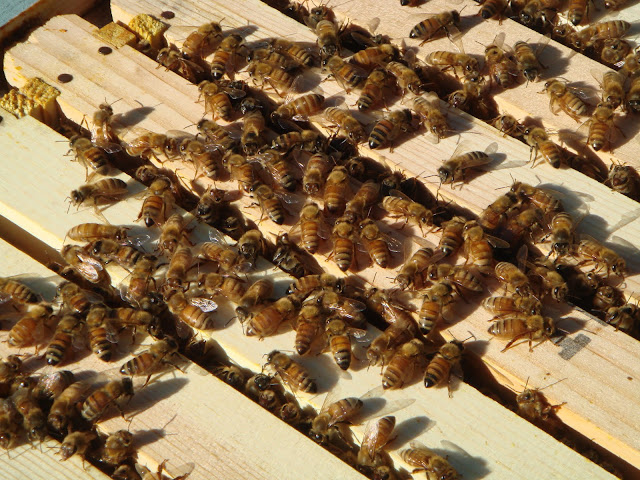 The bees build their honeycomb structures on the frames 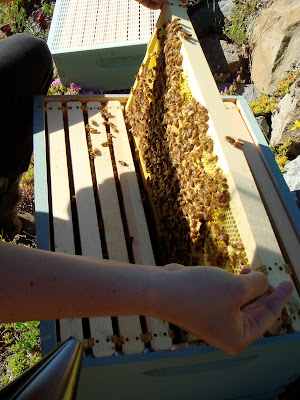 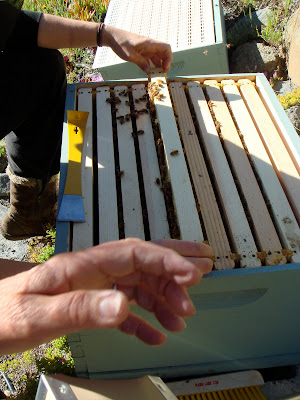 so there is a debate about the Queen Screen 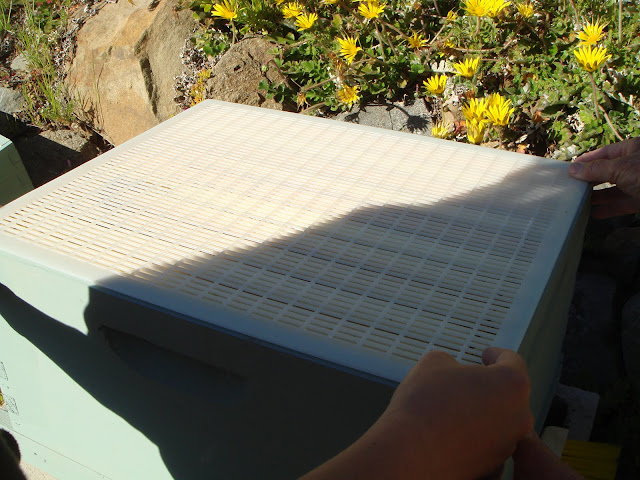 This will separate the Queen and the reproductive business from the upper end of the hive where those of us on the Pooh patrol get the good stuff.
However bee keepers disagree on the need or wisdom of the separator.  So in a few days, we'll peek again to see if our work force can squeeze thru  the slats.
The queen is too big for that.
No further comment!
Stay tuned.
Posted by Tom Cochrun at 11:21 AM