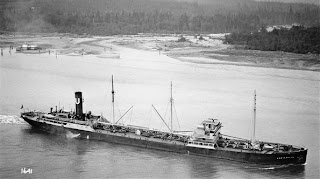 Deep sea exploration begins today six miles off shore of
Cambria at the wreck of the Montebello.
The ship was was hit by a torpedo from a Japanese
U-boat on December 22, 1941, a couple of weeks after
the attack on Pearl Harbor.

The tanker had taken on 3 million gallons of Santa Maria
crude oil at Port San Luis and was bound for a refinery.
Today the Montebello rests on the ocean floor, 900 feet
below the surface. It is that oil and the condition

of the hold that is at the center of the exploration.
A remotely operated vehicle will take sediment samples,
and do a procedure called a hot tapping.  A small hole
will be drilled through the hull and samples from inside
will be pulled.  Scientists speculate the crude oil,
which has spent 70 years in the dark and 40 degree depth, will likely resemble peanut butter, but no one knows for sure.  When the hole is drilled, a valve will be attached to prevent leakage.
The Coast Guard and California Department of Fish and Game hired Global Diving and Salvage based in Seattle.
I hope they have their act together. Drilling into an old ship at that depth is fraught with risk.
The objective is to determine what potential environmental risks are posed by the aging ship and the oil.
State Senator Sam Blakeslee has taken the lead in spurring federal and state officials to investigate and monitor the wreckage.
A series of flights have been launched using a thermal spectral technology to measure the viscosity of sunlight on the Pacific in the area of the wreck.  If oil was leaking, the readings would indicate such.
At the time of the sinking, the War department tried to cover it up, buying up copies of San Francisco Newspapers.
They did not get the local San Luis Obispo Telegram Tribune
and though largely overshadowed by other war news,
the story remained in the minds of Central Coast Californians.
You can read an account and narrative of the event by
linking  here to the Cambria Historical Society.


So for the next couple of weeks,
modern technology reaches deep and
into history, to touch an artifact
of one of the rare shellings of the American
mainland. While the Japanese U-boat fired on the
crew of the Montebello as they scrambled in lifeboats, the survivors escaped their hostile action but
the primary target that night could still pose a threat. 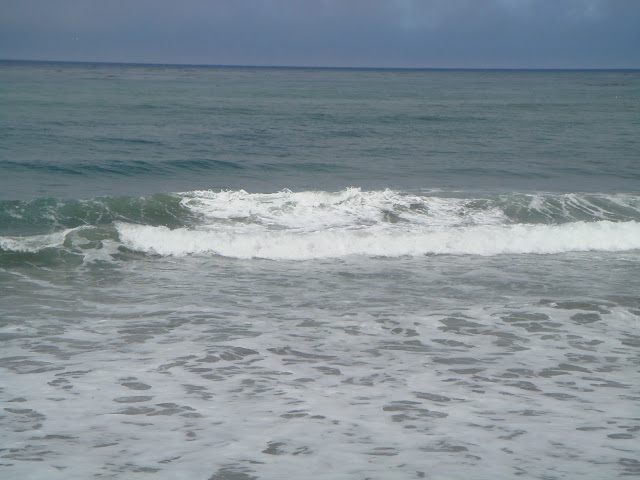 Stay tuned.
See you down the trail.
Posted by Tom Cochrun at 9:40 AM