A STROLL AND PAUL SIMON IN SANTA BARBARA

CENTRAL COAST CLASSIC
Nature provided one of those great California October days. Perfect for an afternoon of people watching in Santa Barbara as a prelude to an evening with Paul Simon. 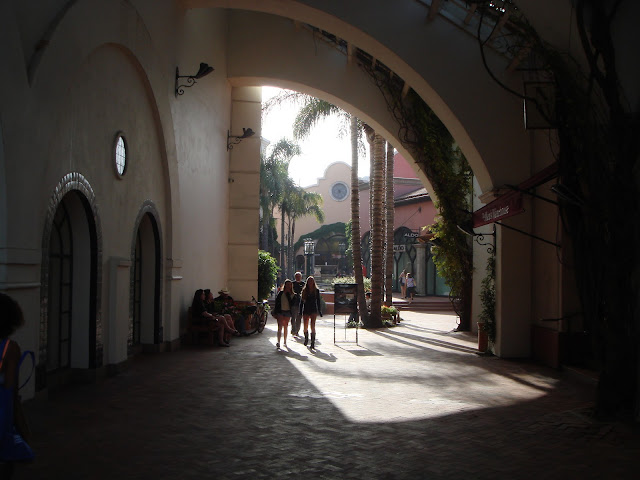 A sun kissed day watched over by the surrounding mountains. 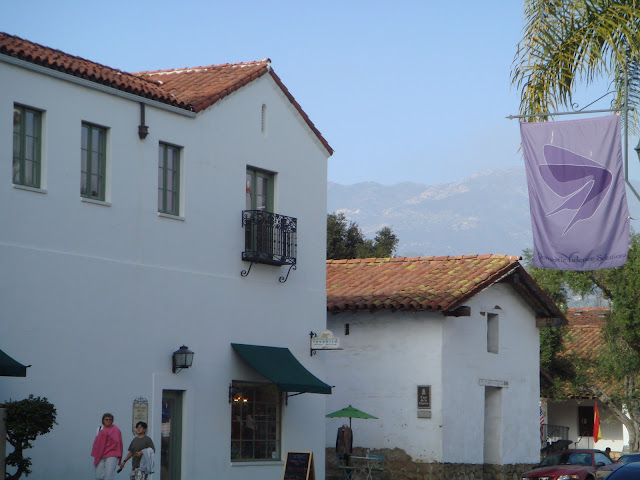 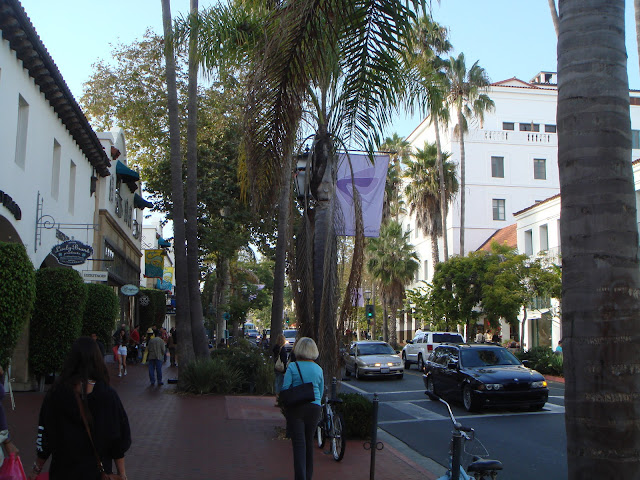 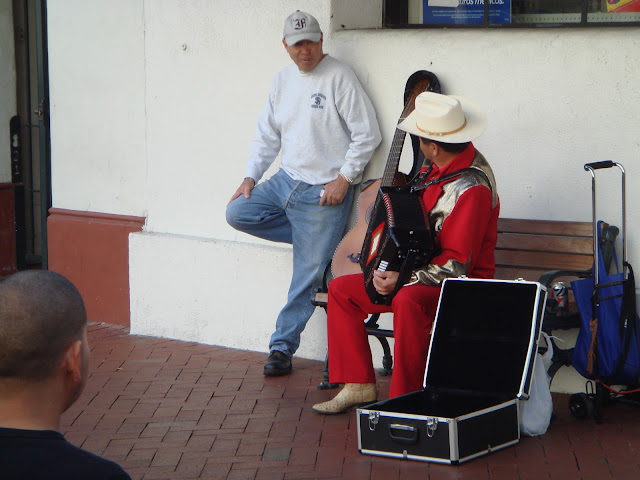 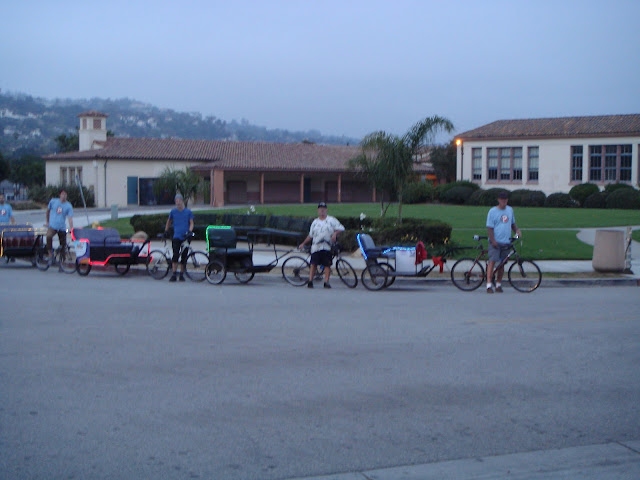 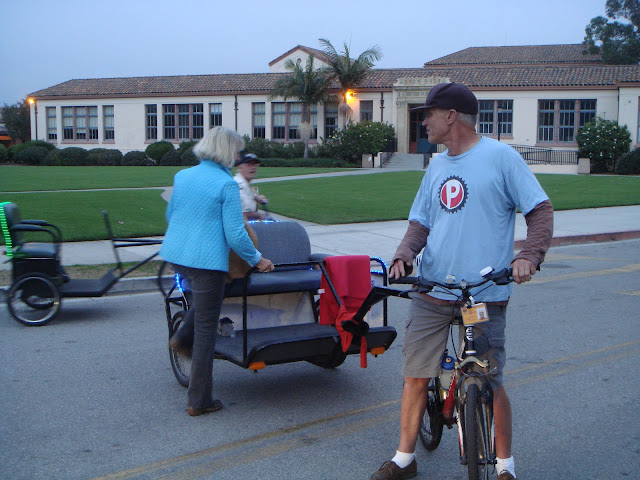 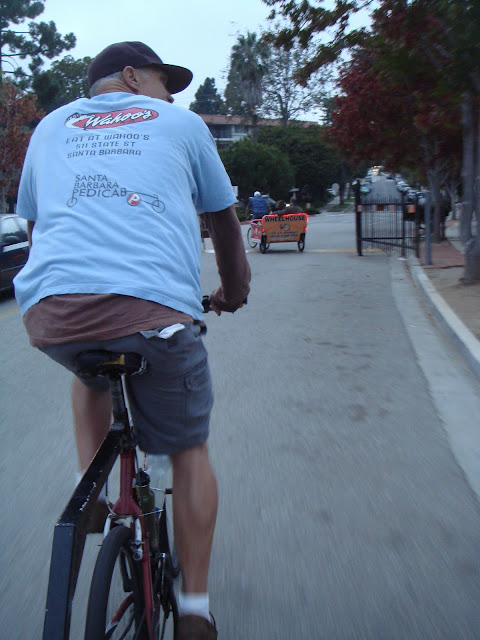 The historic bowl is a beautiful venue.
I'm sorry for the poor quality of the photos. It was twilight,
we were walking up, as in climbing, and the shots are rushed. 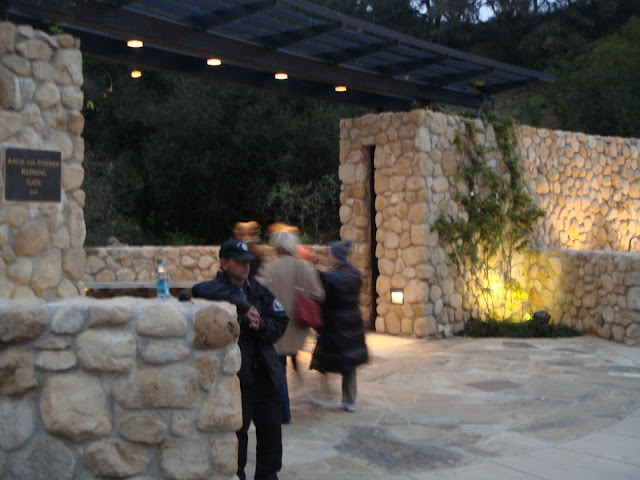 The landscape settings at the Bowl are beautiful
and unique. 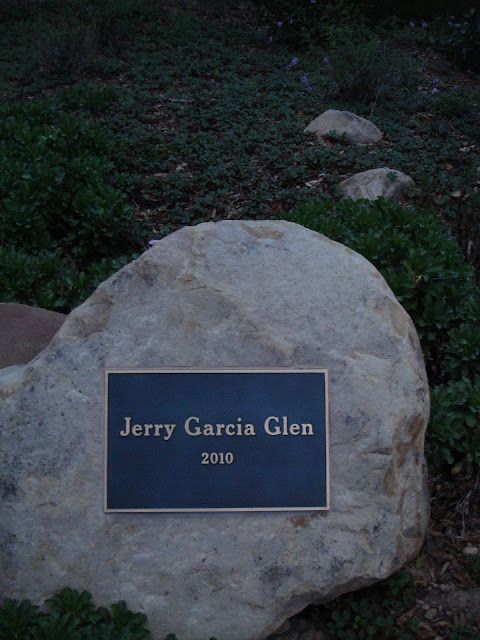 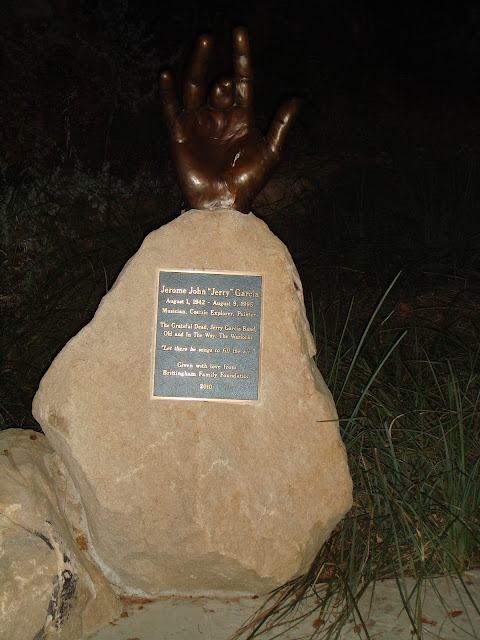 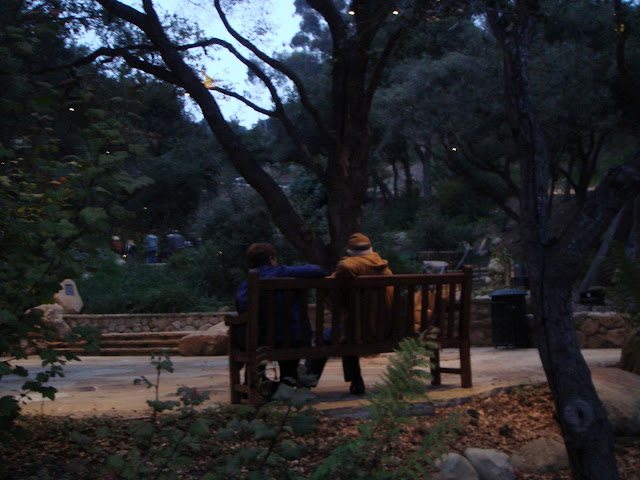 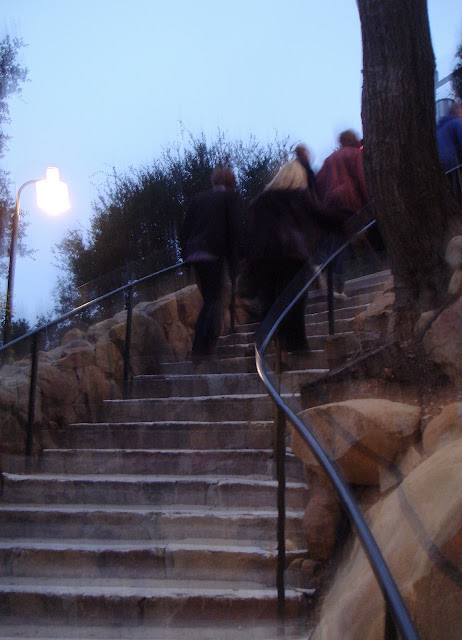 The walk into the Bowl is a good cardio workout. 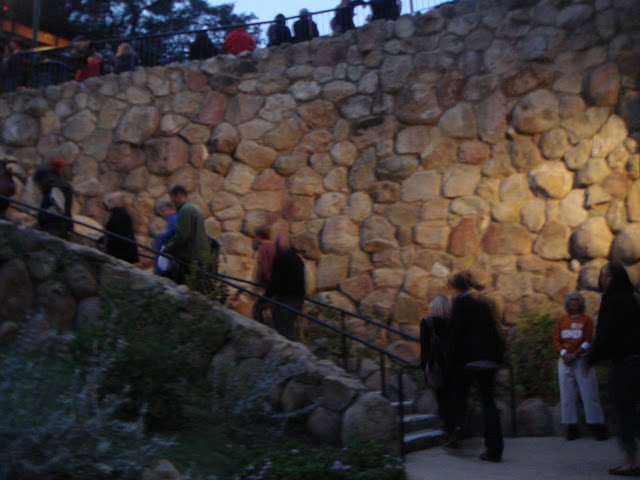 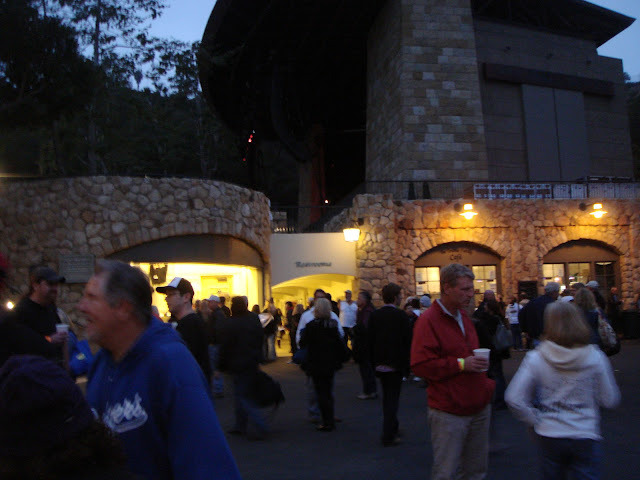 In this case, the cliche is true-there is not a bad seat in the house. 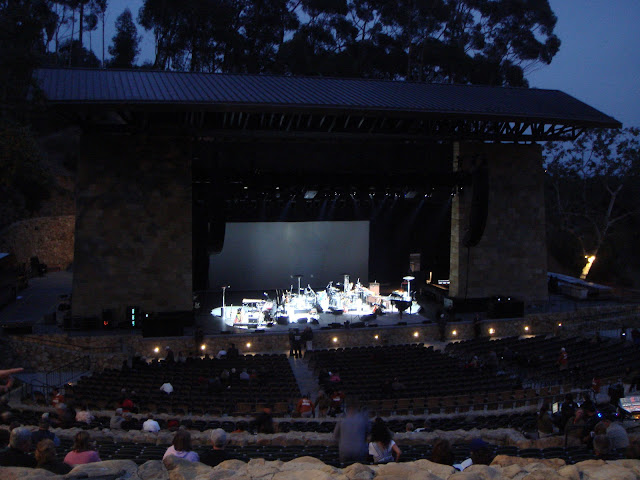 The opening act, the Secret Sisters from Muscle Shoals
were outstanding.  They have a great future. 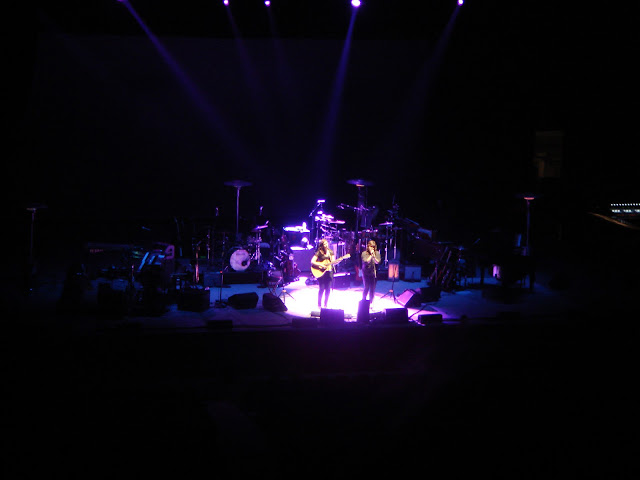 Then the newly 70 year old Paul Simon rocked the house.

He is an extraordinary artist and performer.  The audience
was in rapt attention and in motion as Simon and his
superb ban moved through a play list that chronicled his hit laden career. 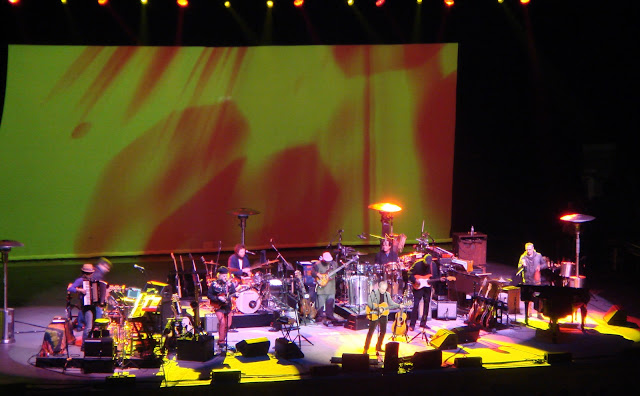 With the exception of Sounds of Silence which came in
the third encore, everything they played had you either
seat dancing or up and moving.

I've been lucky to see many major acts
in a variety of venues.  Paul Simon at the
Santa Barbara Bowl is one of the highlights.
There was a great California vibe between
artists and audience and it was a special night.
Three encores that were as good as some
full shows.
Still Crazy after all of these years. 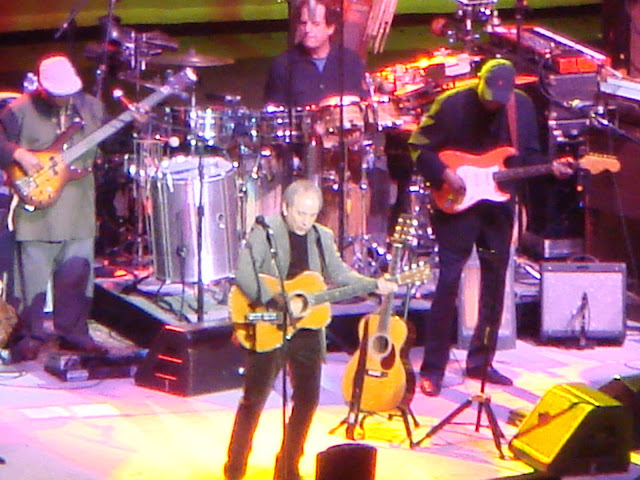