A PLACE OF FAITH-
A UNIQUE MIX 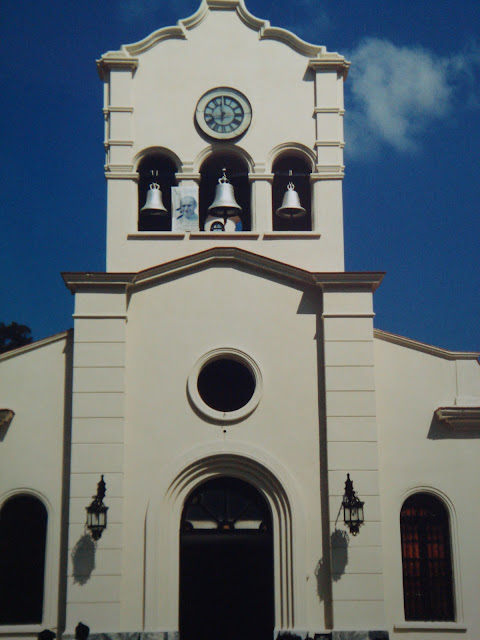 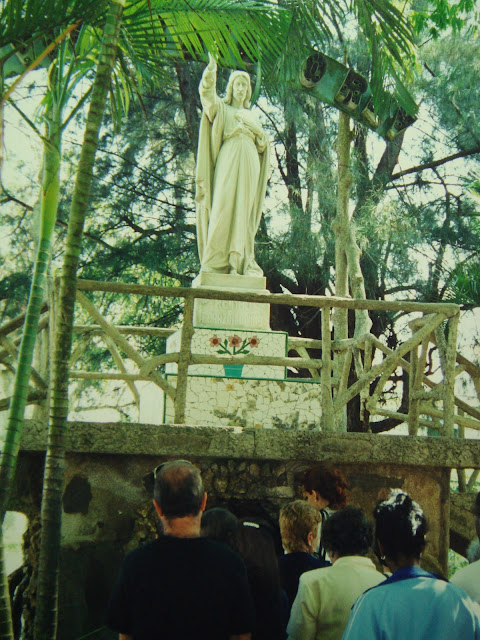 Tens of thousands of Cubans make pilgrimages to St. 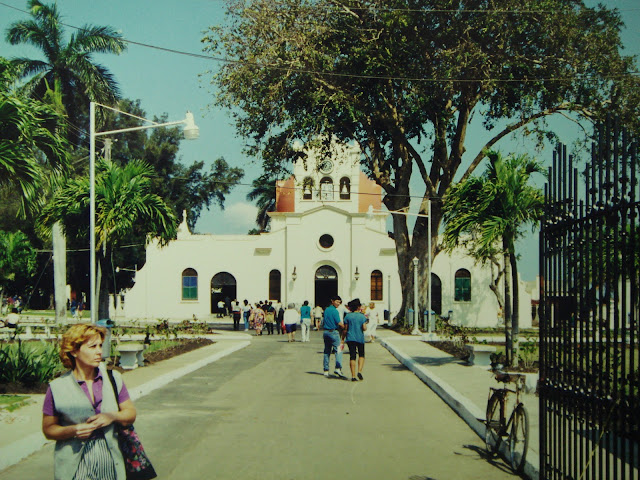 Lazarus for healing and acts of devotion.  The church is 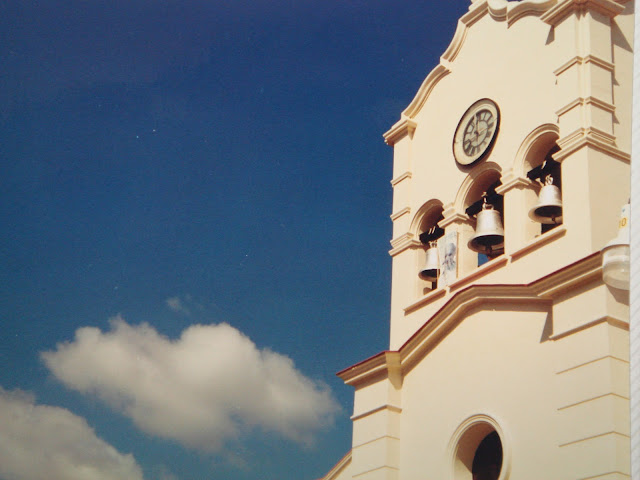 named for Saint Lazarus (Lazaro in Spanish), a Catholic Bishop. 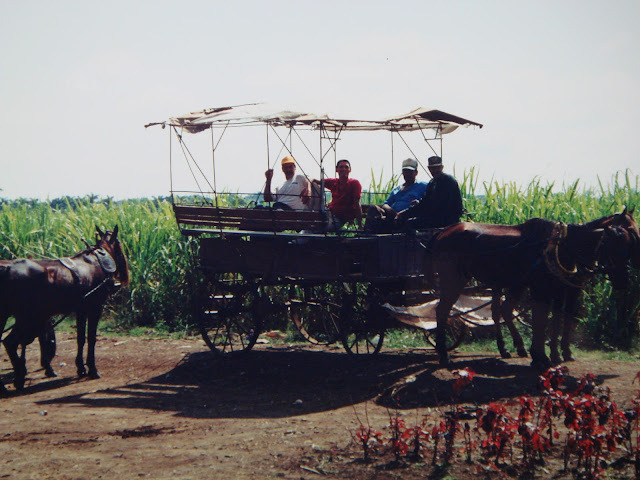 The ill, lame and blind, walk, crawl, come by car or buggy. 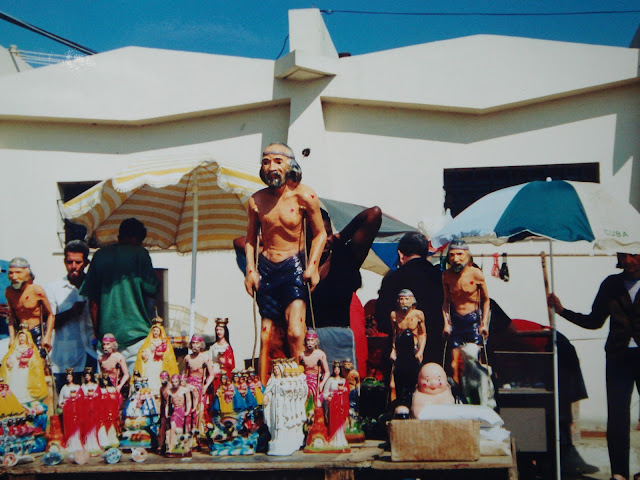 Here at Rincon, Cuban folklore has morphed the traditional St. Lazaro.  Babalu Aye, an Afro-Cuban deity in Santeria and St. Lazaro have been blended.  According to Santeria Babalu assumes all the sickness of his people, thus the crutches of the blended St. Lazo/Babalu Aye. 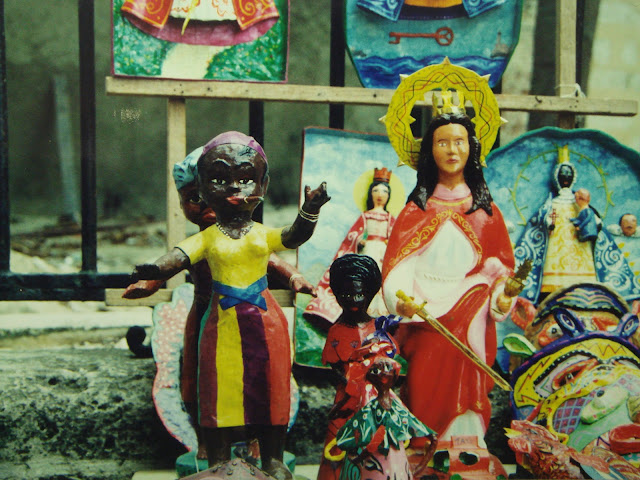 Icons of other Santeria and blended Catholic-Santeria saints  are sold in the plaza.  Pilgrims bring them gifts including cigars.  Several of the icons are depitcted with cigars. 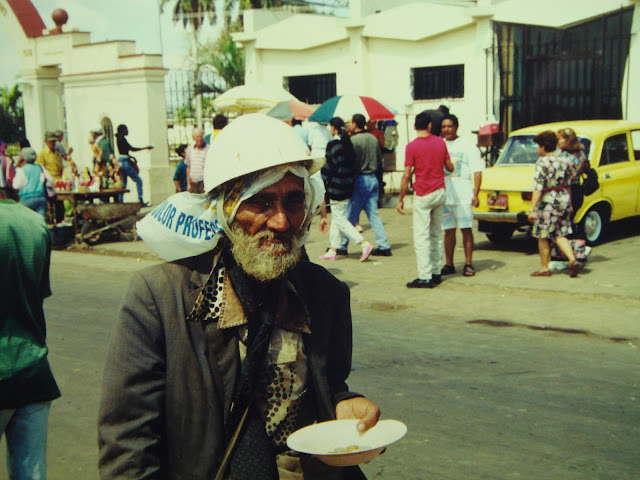 The poor, some of whom have sacrificed to make the pilgrimage beg so they may buy flowers or other gifts to leave for Babalu Aye/St. Lazaro. Others seek healing in a
grotto called the Living Waters. 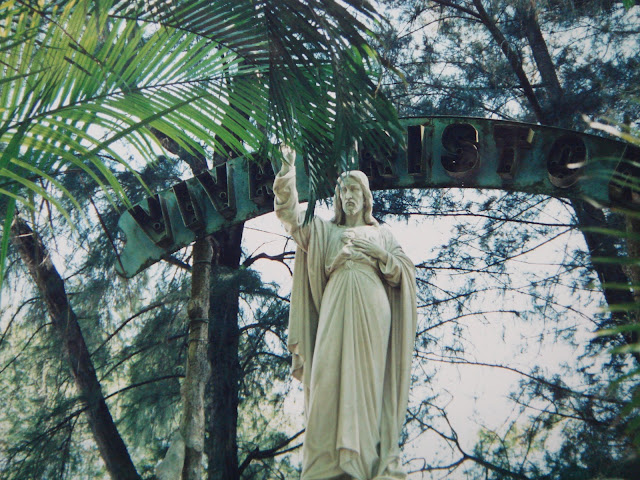 Many accounts abound of miraculous healings provided by the water.  Some of the pilgrims bring empty bottles and casks.  Others pray and then anoint or drink. 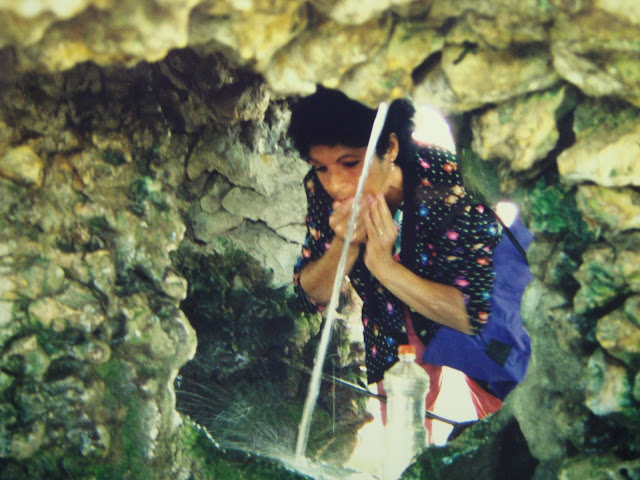 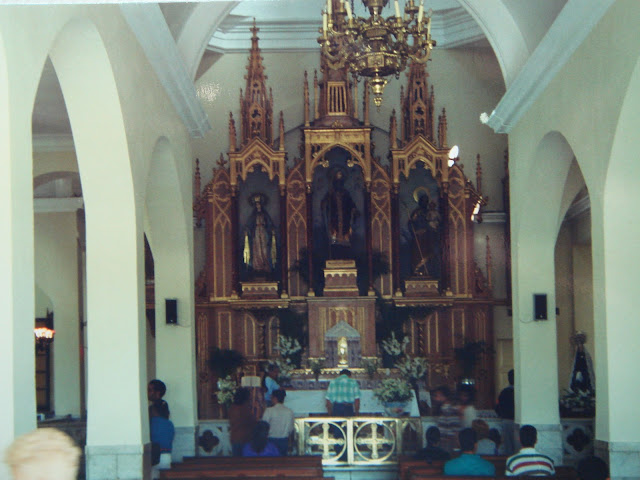 The church conducts normal Roman Catholic masses and services.  The Cuban government has never banned the services nor the pilgrimages to St. Lazaro.
See you down the trail.
Posted by Tom Cochrun at 9:05 AM