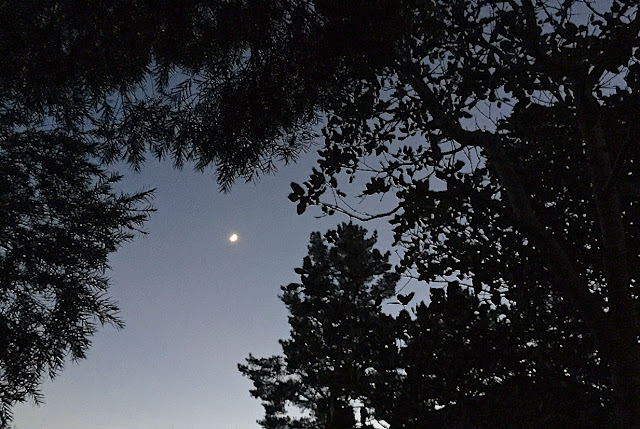 Early evening October moon over Cambria
REVIEWS
The little gray cells were massaged nicely in the last few days and they can't refrain from sharing a few tips for you.
DOUBLE INSPIRATION
He Named Me Malala is a spellbinding and inspiring documentary of Malala Yousafzai, the 2014 Nobel Peace Prize winner. Though the world knows her story, gunned down by the Taliban for speaking up for education for girls, the film takes you into her life and deeper into the context of the shooting and her extraordinary recovery and travel since. She is special and so is the film. The animated sequences are especially well done. You'll be left with a sense of hope despite the presence of the damnably wicked Taliban and Isis. Here is how good wins out.

Bridge of Spies combines Hanks and Spielberg in a script written by the Cohen brothers and young Brit Matt Charman.
James Donovan was real and engineered and negotiated an extraordinary spy swap at the height of the cold war and the fear of nuclear war. Hanks gives life to an American who's effort and accomplishment is also inspiring.
The Hank's as Donovan conversation about the "rule book"- the Constitution-with a CIA handler is a classic defense of a constitutional government that is forced to play by its own rules. At the apex of US-USSR tension and toe to toe, when the Soviet's test was to push until they got resistance, Donovan's insistence to do it properly was seen as a strength by both the East Germans and the Soviets who were also at odds. Again doing and saying the right thing wins.
Great to see history told in a Spielberg film. Mark Rylance as Col. Rudolph Abel, the Soviet Spy, creates a character who defines what it is to be laconic but also riveting. Hanks is masterful, but so is Rylance. Spielberg knows how to entertain and inform. The visual look, even the light in the scenes, puts you back in 1962. We think this is a great film.

OTHER REEL THOUGHTS
Tobey Maguire's portrayal of Bobby Fischer in Pawn Sacrifice is one of the outstanding acting performances of the year.  Director Edward Zwick gives us an enthralling film about the 1972 world Chess championship and the intense mental game it is, including the haunted mind of Fischer. Liev
Schreiber scores as Russian Boris Spassky.

Nancy Meyers (As Good as it Gets) new film The Intern is nothing but entertaining, a bit touching and a great study of values. De Niro and Anne Hathaway are great together as generational antagonists and eventual allies. A tag line or a working title could have been Baby Boomers meet the Millenials. This is a feel good film.

My first viewing of this film was in my head as I read Jon Krakauer's Book Into Thin Air. Krakauer is not pleased by the film Everest that was written independently of his book, though it is based on the tragic incident in spring of 1996 when 8 climbers died in a ferocious blizzard on Mt Everest.
Director Baltasar Kormakur tried to film some of the movie at 15 thousand feet but said he and the crew were so oxygen deprived most of the film was unusable. The real life episode played out at about double that altitude. The film underscores what Krakauer and other journalists have said of that ill fated day-too many people trying to summit, and too many bad judgements including by veterans who knew better.
This is an intense adventure-disaster drama with a host of great actors making it powerful. Jason Clark, Thomas Wright, Josh Brolin, Jake Gylenhaal, Robin Wright, Keira Knightly, Emily Watson, Tom Goodman-Hill, Ang Phua Sherpa, John Hawkes, Michael Kelly and believe or not, even more. More than a couple of people I know came away from this film wondering even more strongly, why would someone put themselves through all that? That answer remains elusive. 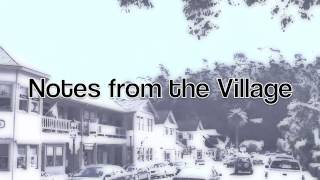 I hope Cambrians will avail themselves to the rollicking and even poignant comedy, VANYA AND SONIA AND MASHA AND SPIKE that is playing the CCAT. I wish all could see this production.
The work by Christopher Durang was the 2013 Tony winner and is perfect for the Cambria demographic.  It is fresh, timely and "speaks" to us.
Under Nancy Green's directing the cast provides what is a stunningly entertaining evening. Talented Jill Turnbow combines her ability to own a character with her brilliant comedic timing and punctuates the night with laugh after laugh, while also breaking your heart. Oz Barron is perfect as her brother and his climactic rant and harangue had the audience howling.  Susie Fulton as the third sibling was perfect as the glamorous movie star famous sister bound for a big change of life. Some of the best moments of the evening came from Priscilla McRoberts as the hilarious "psychic" house cleaner Cassandra. Kathryn Gucik brought a fresh and idealistic Nina to life, endearingly and Wade Tillotson was perfect as a boy toy who had trouble keeping on his clothing.
It is splendid when a full cast excels and in this case it made a brilliant script jump off the stage in a masterful and enjoyable way.
ALSO IN THE VILLAGE 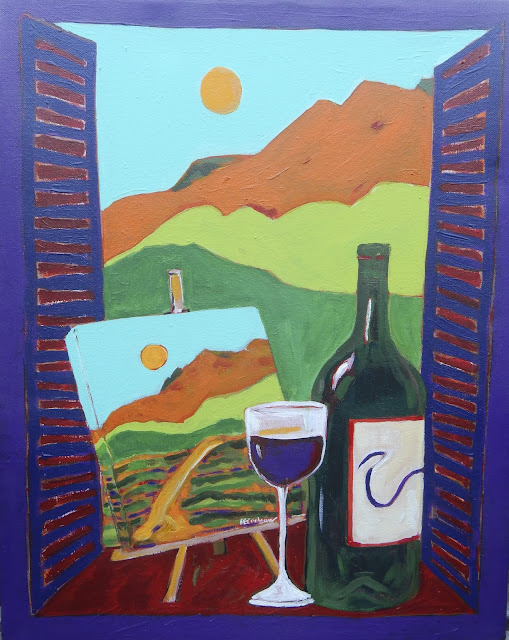 Lana's recent poster design, now an oil painting, is hanging at Cutruzzola Vineyards wine tasting room in Cambria's west village.
As this post is a series of reviews, I thought I'd tell my favorite artist that she can add Poster Art to her resume that includes Plein Air, abstract, expressionism and ceramic work. She is a talented woman with an inexhaustible creativity.