AFTER THE MEAL-A GOLD STAR

A STAR ON THE CHEEK 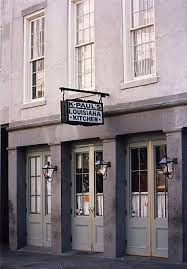 Archive Photo Courtesy of RMonseth
It was a raw winter night, shortly after the first of the year in 1980 and New Orleans was in a post holiday slumber. We were there on assignment tracking drug smuggling and had checked into a hotel in the French Quarter. I asked the night manager if he could recommend a good local eating spot. He told us about a new place a few blocks away that he said was Cajun-Creole. That is when we found K-Paul's Louisiana Kitchen, open for less than a year and not yet famous.
Steve Starnes, one of the truly great photographers and I wondered in. There were only two other guests. We were greeted joyously. As the waitress-hostess explained the menu and the "special" quality of the food, the big man in the open kitchen asked if we'd like a Cajun martini, on the house. Hard offer to pass up. The big man brought us his concoction, pepper vodka, vermouth and a jalapeno pepper. He sat with us, sipped a drink and asked what we liked and what we knew about Cajun food. The big man was Paul Prudhomme, still unknown to the New York Times and the worlds food writers.
We got a special creation, heaping plates full of everything he made. And we had another martini, which put a big smile on the big man's face.  We ate everything put before us including a couple of deserts. It was one of the great dining experiences in my life. The waitress-hostess, who it turned out was Kay Prudhomme, the K in K-Paul's, was actually stunned both plates were clean. She said "that never happens." She went to the hostess station and brought back two gold stars which she attached to our cheeks. "You boys keep these and remember us."
About two years later I was back in New Orleans and for months had been thinking about getting back to K-Paul's. The hotel concierge said Prudhomme wasn't taking reservations since the Times and a few others had "discovered" the place.  He said you'll have to wait in line which could be up to two hours.
I was stunned by the number of people in cue and was told you needed to put in your name.  As I got to the check in I had a flash of brilliance. As Kay asked for my name, I opened my billfold where I had stuck the gold star and put tape over it.  Crazy, I know, but what a memory. Anyway I asked Kay, do you remember this. "Oh my, the clean plate and you kept that star? Honey you stand right there and as soon as that tables clears you're going to sit down."  With that she padded off to kitchen area, now busy with others and said something to Paul. He looked at me smiled and gave me a thumbs up.  When I was seated a waitress brought me a Cajun Martini. 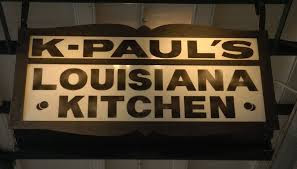 Paul Prudhomme who gained fame for his Creole-Cajun fusion food died this week at 75.  He many a lot of us smile.
AFTER THE ROSE' 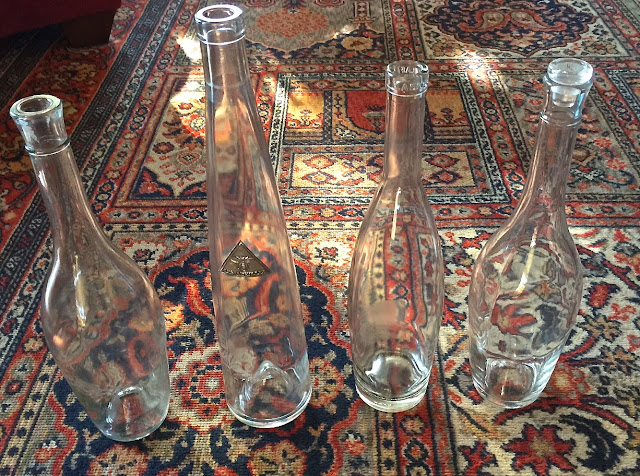 I'm fascinated by the shape of wine bottles and especially those of French Rose'. 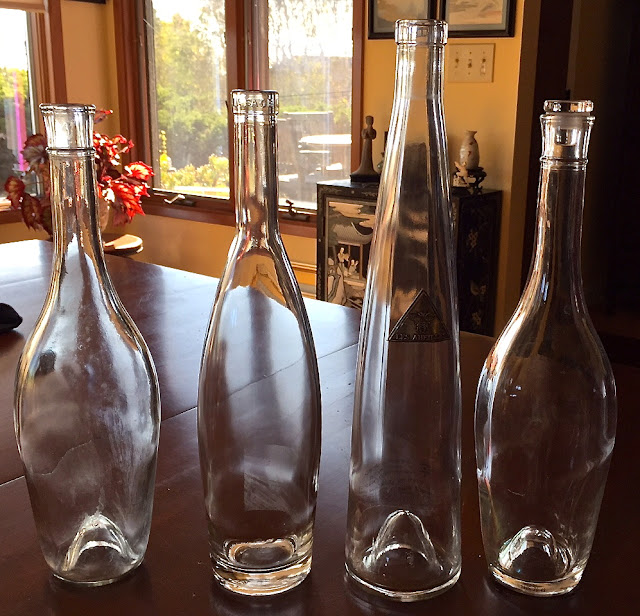 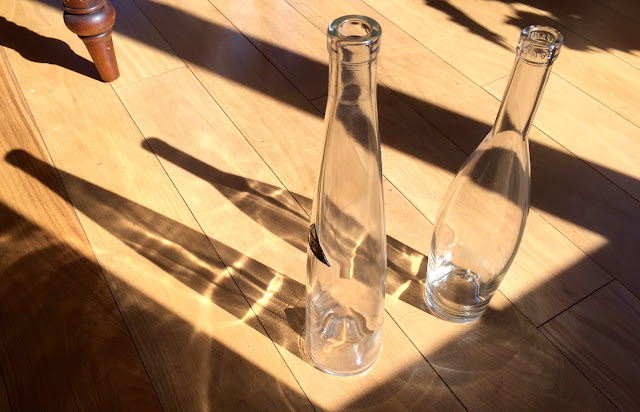 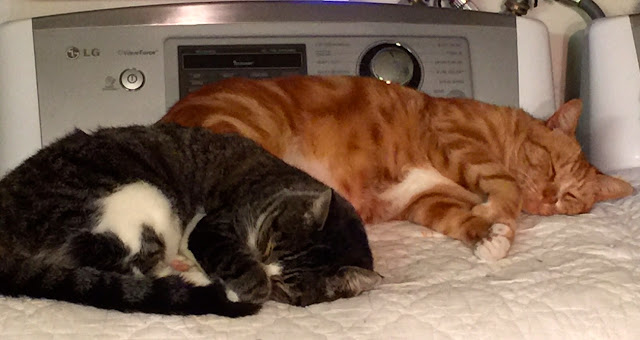 This week Joy and Hemingway have decided to bunk on the top of the washing machine!