A MARVELOUS FRENZY and A FRIGHTFUL MEMORY 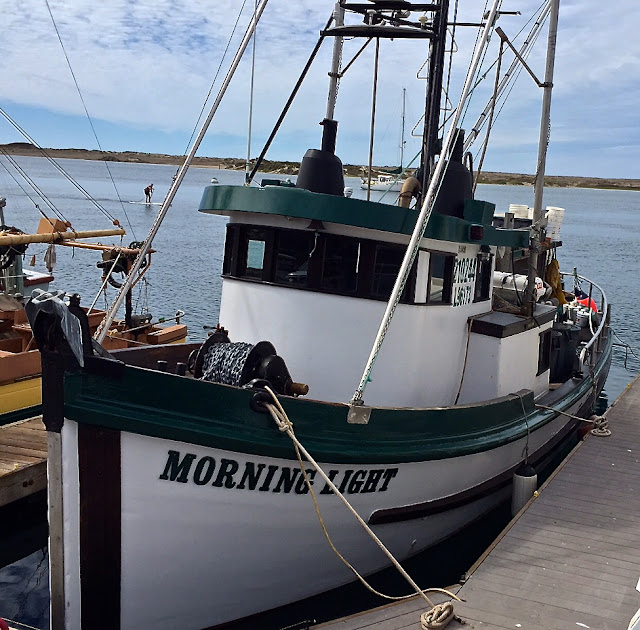 Do you have triggers in your life? Something that turns a switch in your brain?
This does it for me.  As far back as I recall, simply seeing a small boat switched on two circuits of emotion.  Adventure-the romanticized notion of going to sea as a fisherman struck me as a noble endeavor-man in the elements and nature, laboring earnestly for good purpose. Hard work, health, independence.
And it awakens a deeply embedded dread-Davy Jones Locker. 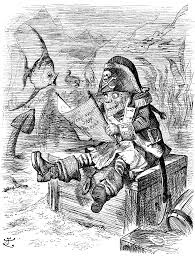 It started at "The House."  "The House" was a large two story turn of the century affair complete with root cellar, orchard, a barn like shed, massive garage, grape arbors and a front porch that spanned the big place. It was in all practicality a boarding house, in this case the residence of my widowed grandmother, her sisters, including husbands, and her eldest sister who was also widowed. Nana Cochrun, Aunt Sarah, Aunt Anna and Uncle Ed, Aunt Mat (Martha) and Uncle Pete and their daily tea and supper companion, their "kid" brother Uncle Bill. The sisters were English, emigres from Tinkers Green Farm by way of Warwick. Ed was a Scot, Pete was an Irishman. Bill, though born in the US, was the perfect English gentleman and always "dressed like the Duke," as the sisters said frequently. The accents were thick, the behavior prim and proper-the sisters never without their purses-and the culture was pure Brit.
Being the eldest child of WW II vets I was often padded off to "The House" as my young parents enjoyed a post war social life and time with friends. It was in this context Davy Jones locker was embedded deep in my psyche.
The books were from the UK and it seems an inordinate number of them contained harrowing stories of sailors lost to sea. A couple of the illustrations are so affixed in my memory they give me shivers still.
I don't know why I spent so much time on those stories, but I remember my stern English grandmother, very much a no nonsense woman, telling me if I didn't behave I'd end up in Davy Jones Locker.  Bad boys it seems were parceled off to the British Navy or merchant fleets and being the bad and inexperienced lads they were they ended up as fish food.
Today I admire those boats and the sea but as a devoted landlubber. Sure going to try to avoid Davy Jones Locker.
Is there anything from your childhood that frightens you today? 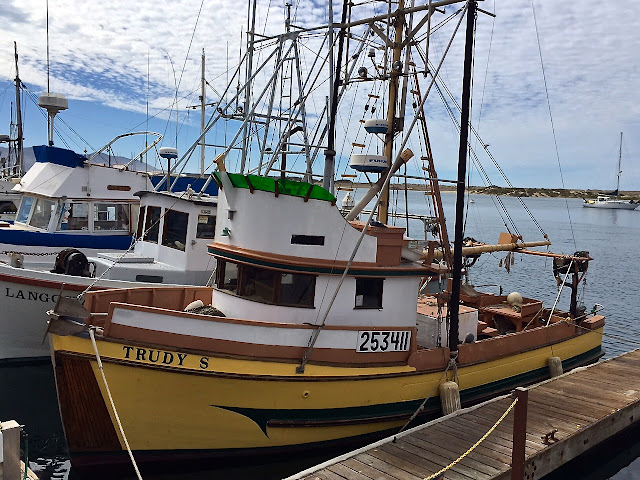 Driving south on Highway 1, I spotted a frenzy of birds feeding on a bait ball.  If you look to the left and lower third  in the above frame you will see a tell tale fin of another diner. 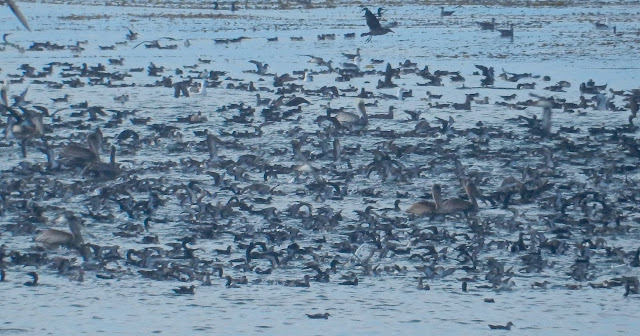 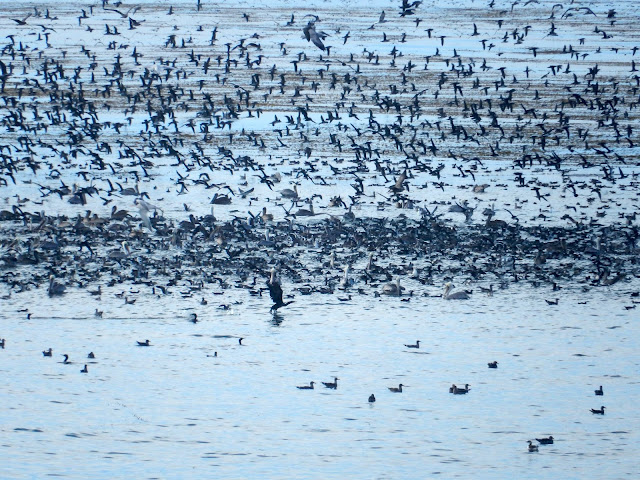 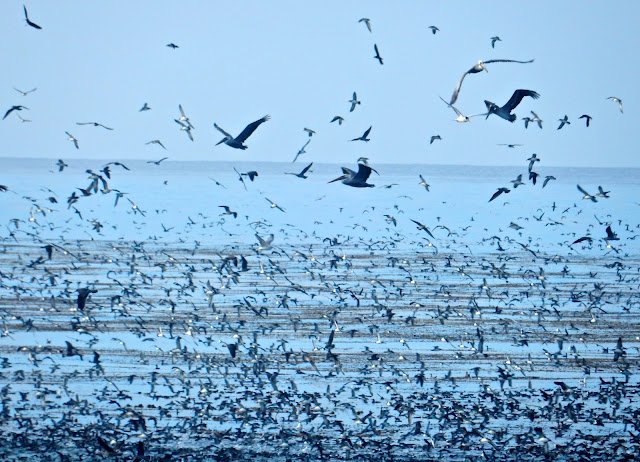 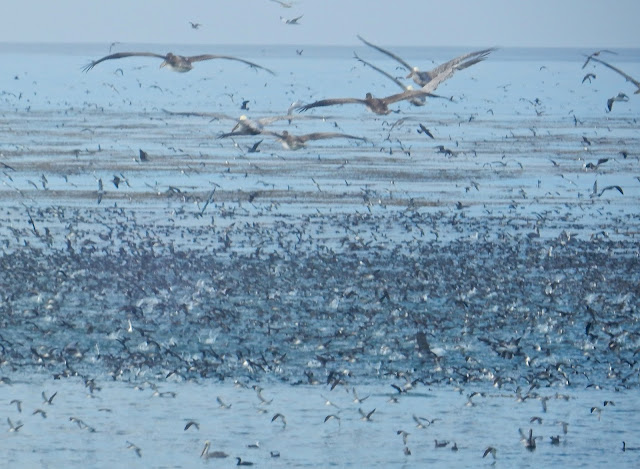 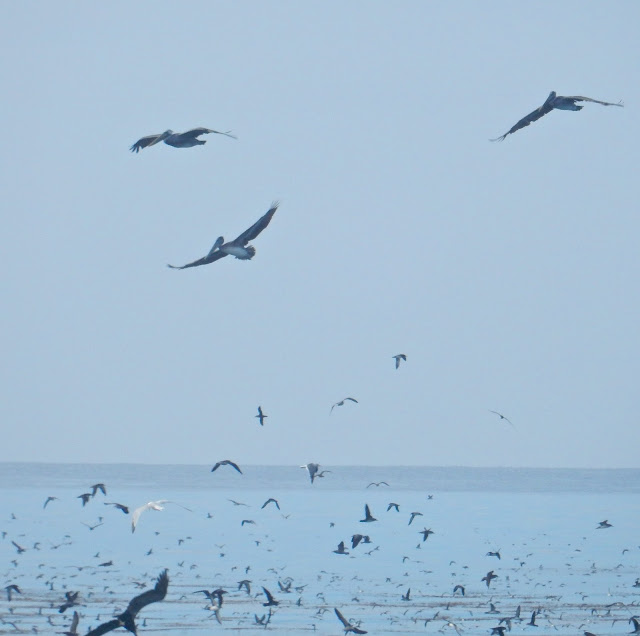 All the drama playing out under a morning quilt. 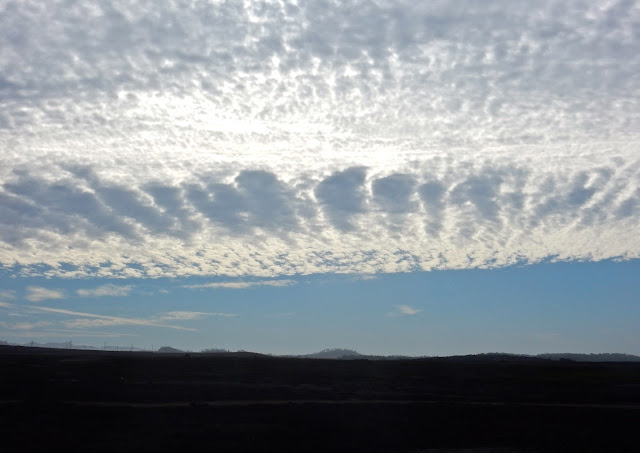 Autumn on the central coast.

See you down the trail.
Posted by Tom Cochrun at 9:46 AM