THE CAT AND THE UMBRELLA 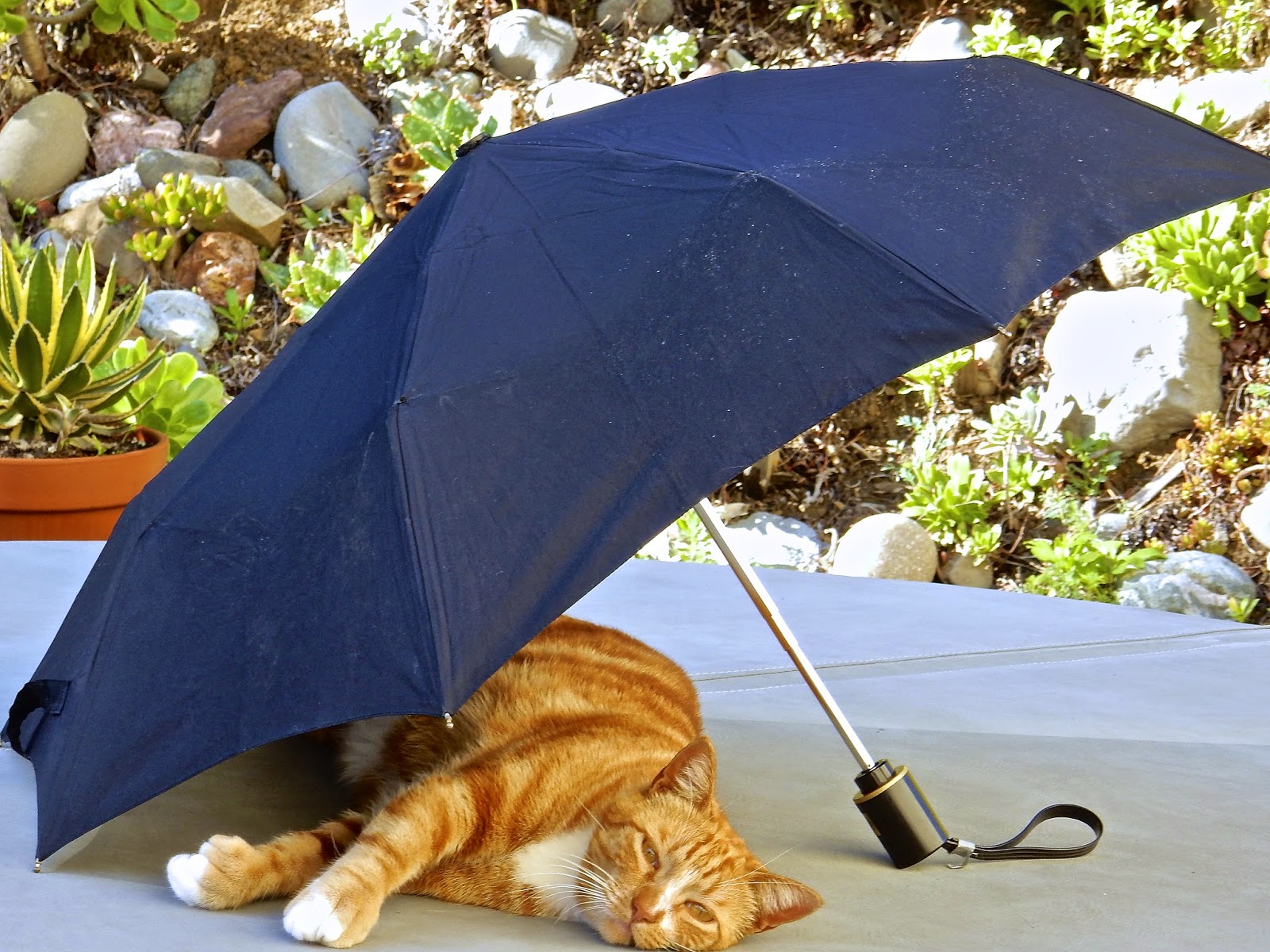 An umbrella drying on the spa provides a perfect place for a Hemingway nap, interrupted by camera sounds.
"Hmmm. You woke me up bub!" 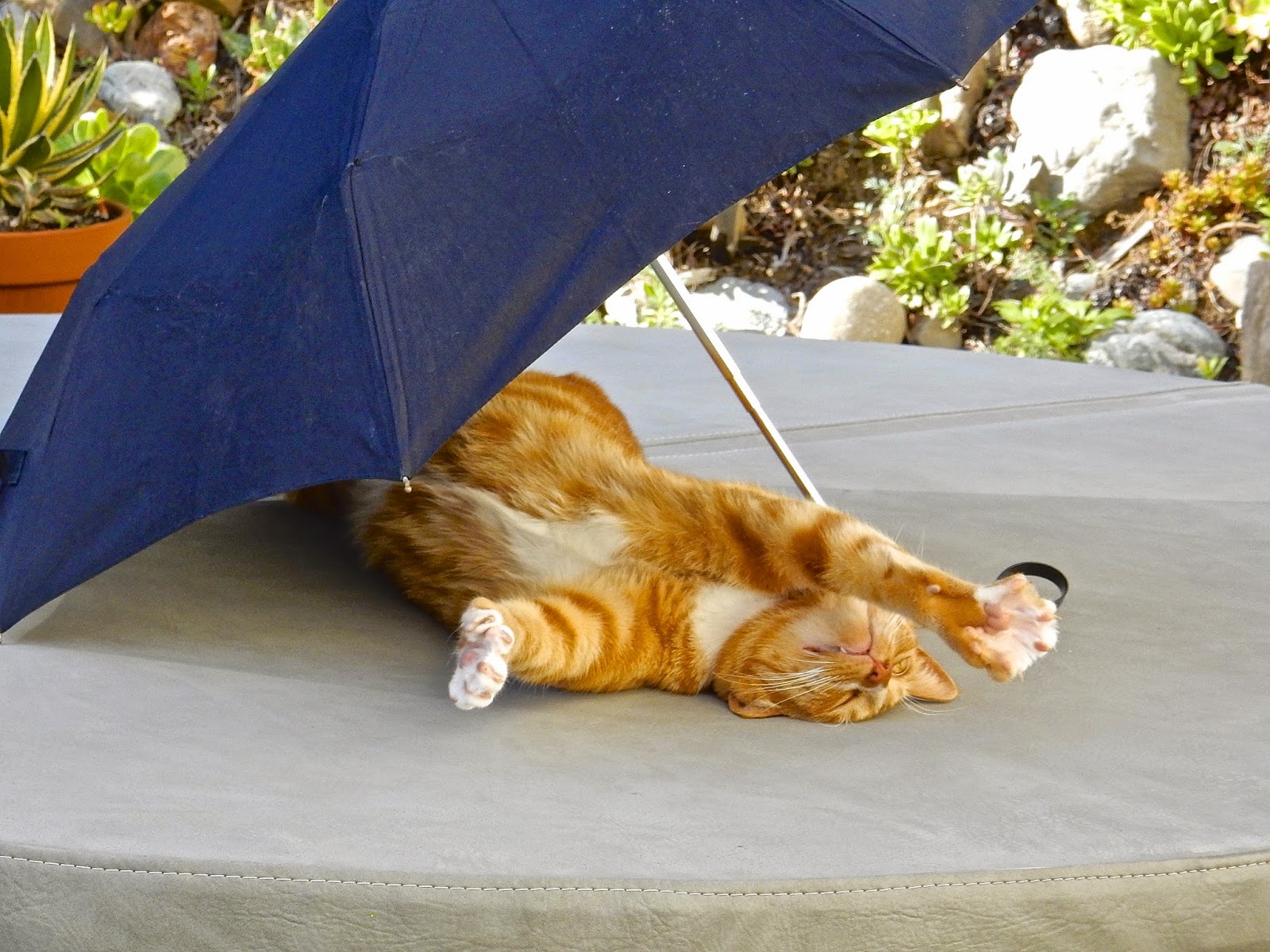 "Ahhh!  Big stretch and look at these polydactyl paws." 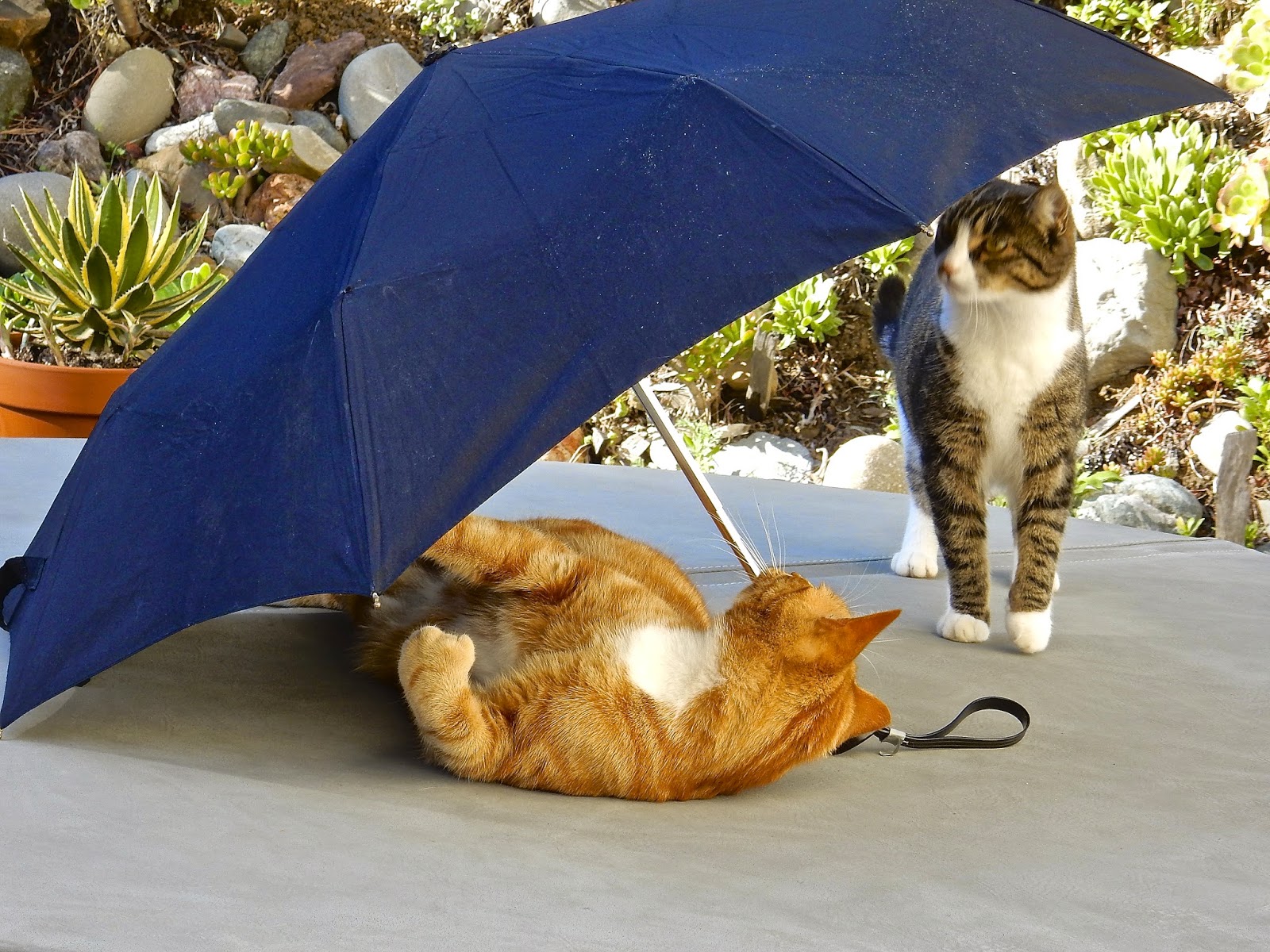 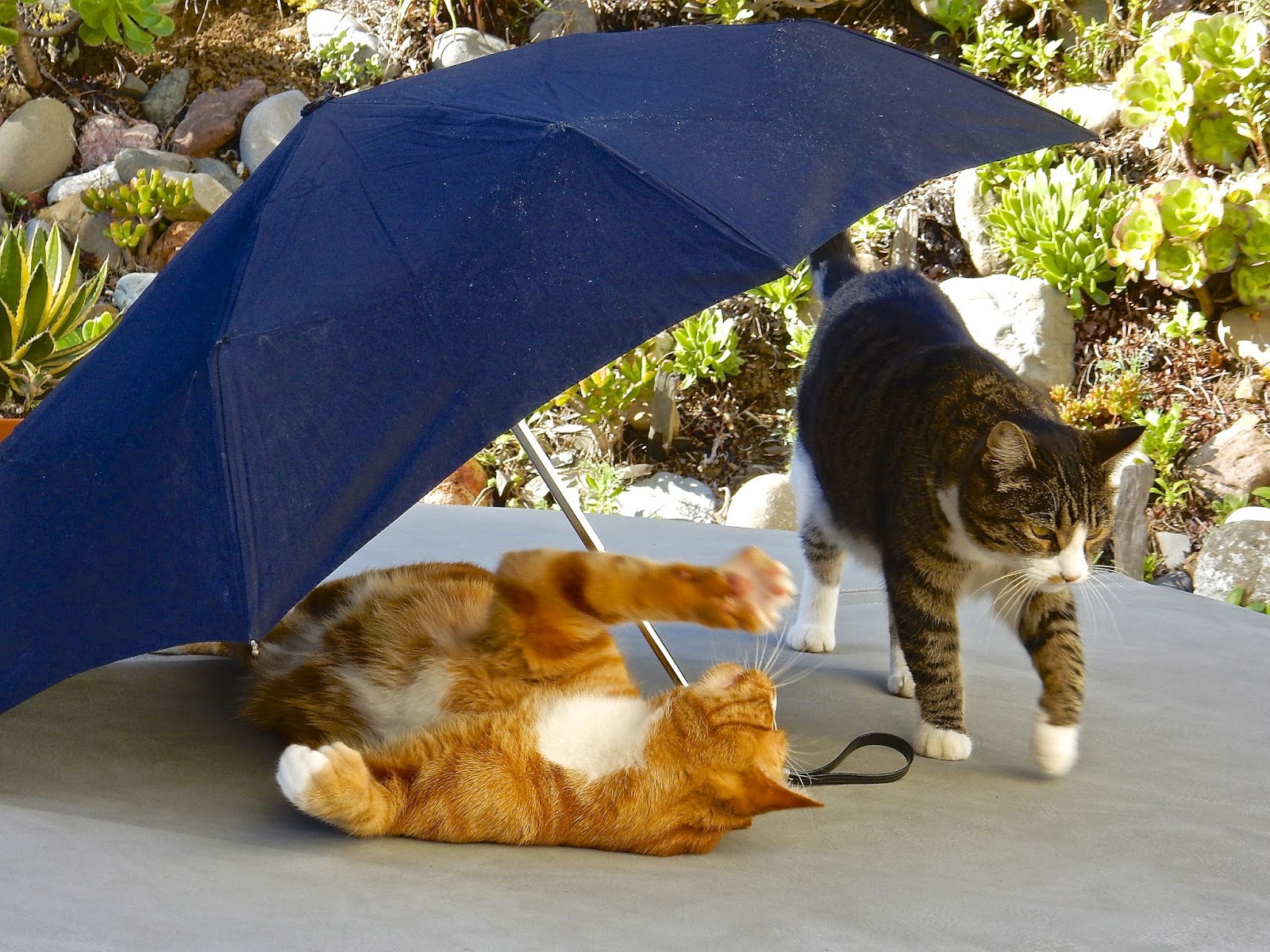 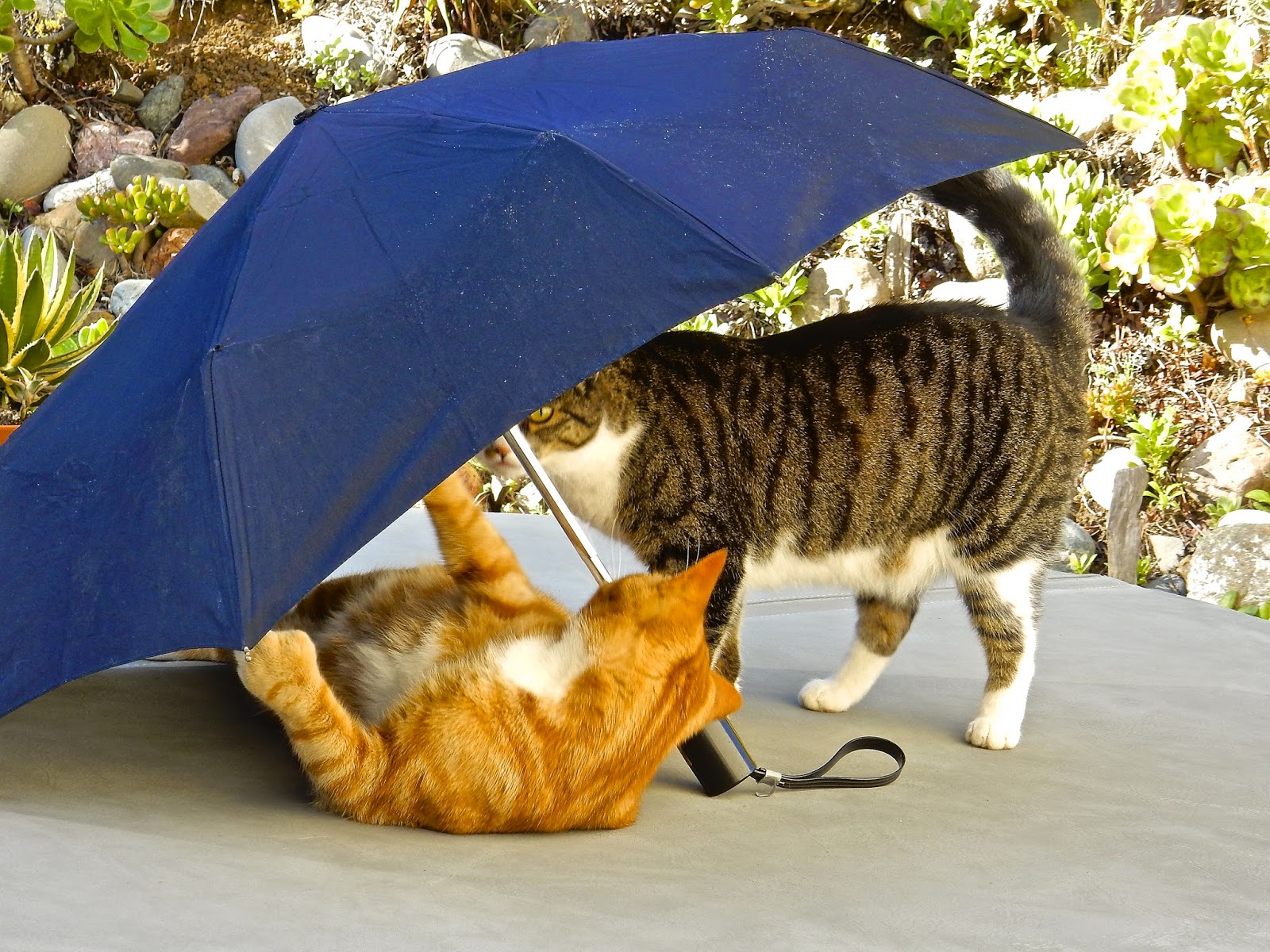 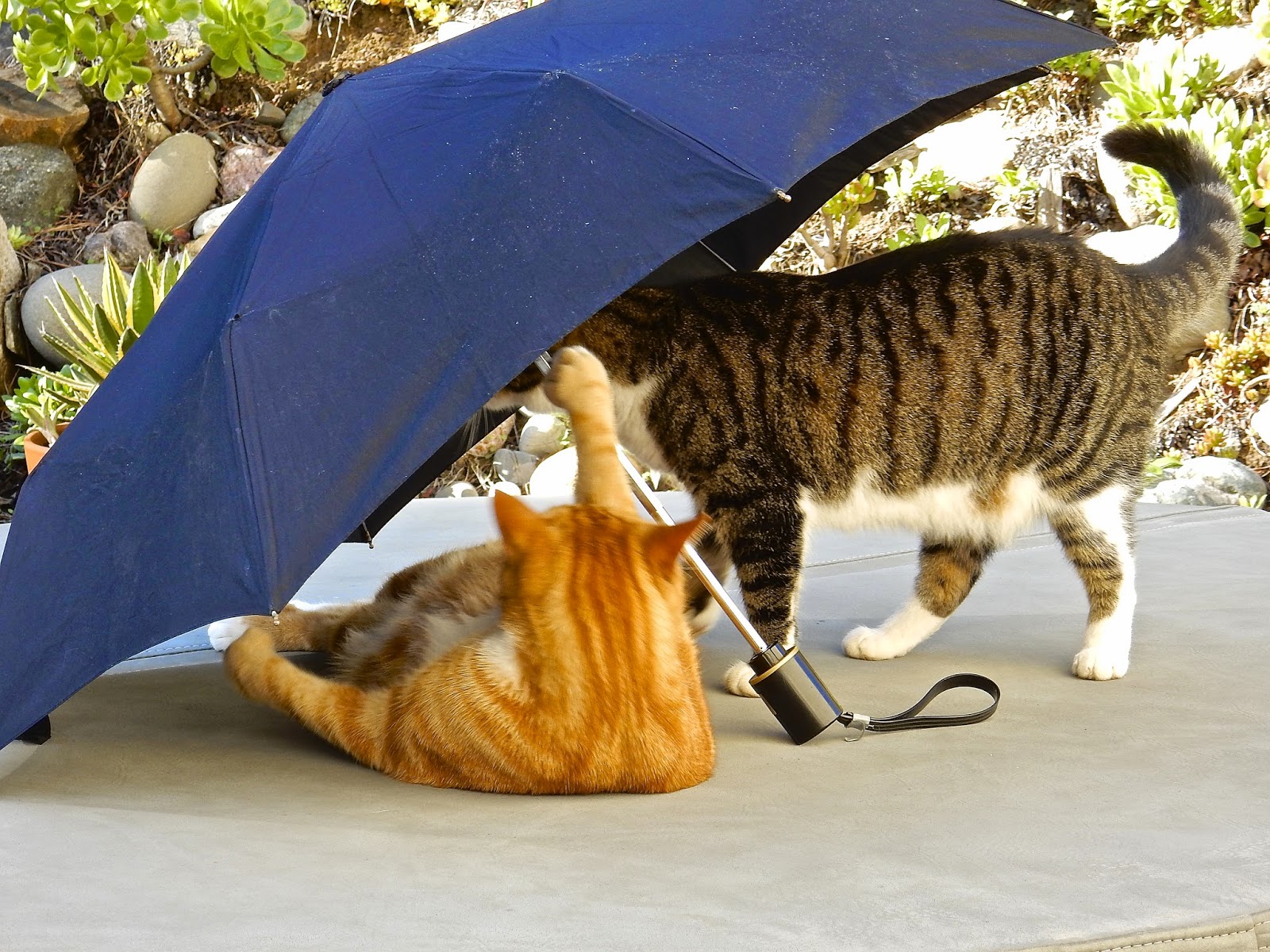 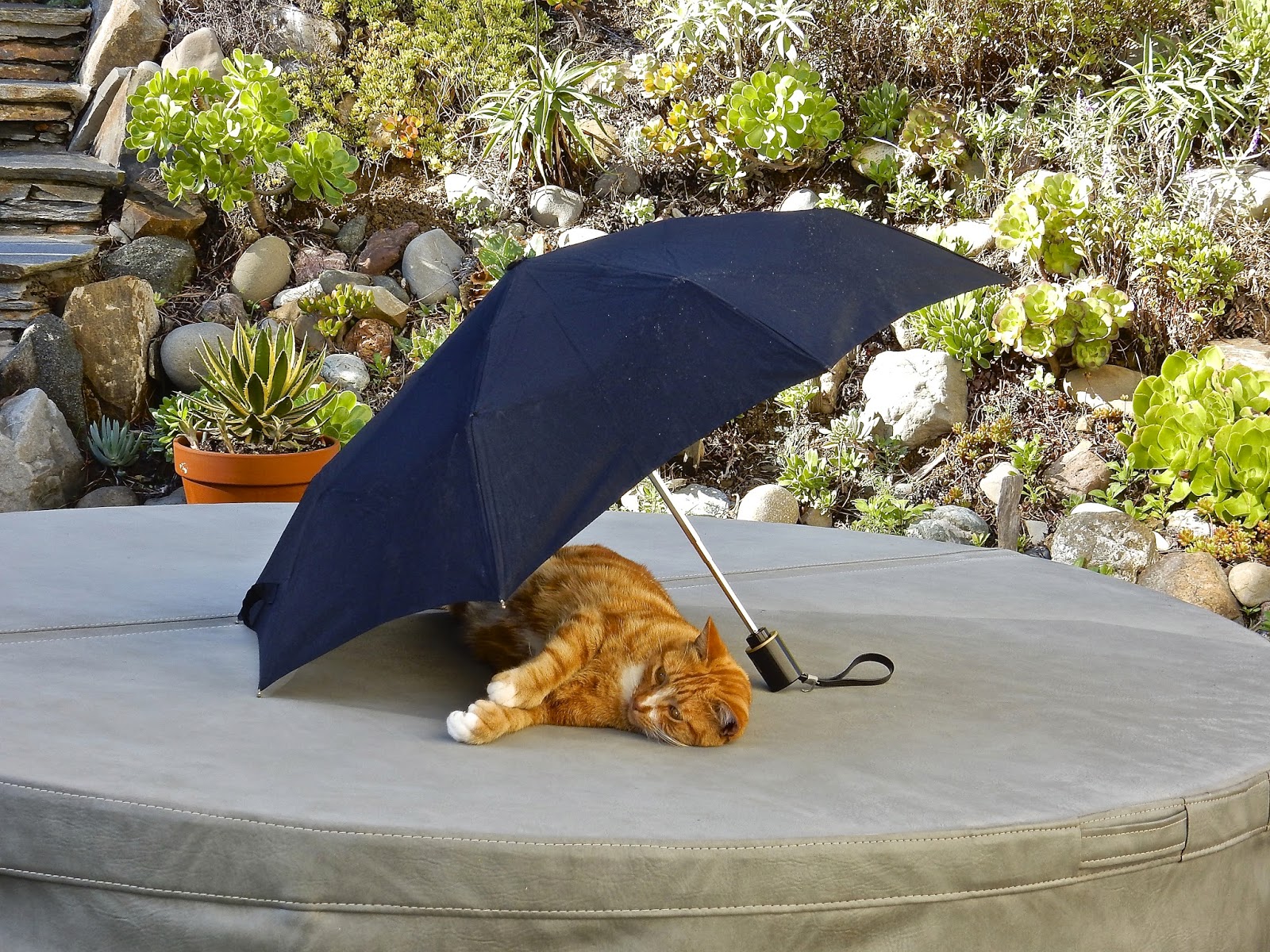 "Good, she's gone.  Now if Mr Camera would leave me alone I could get back to napping."

TIME WITH THE CITIZEN
The complex detail and playing time will rule this film off  people's list, but it is a film citizens should see.  CITIZEN FOUR is a nearly two hour examination of leaker Edward Snowden's act of leaking the documents that alerted the world to the pervasive surveillance under which we live.
Most probably have an attitude about Snowden and what he did, but it's my take that until you've looked very closely into this, as documentary maker Laura Poitras has done, you've made your judgement without benefit of intimate, revealing, complex and important detail.  CITIZEN FOUR is about detail and implication. My bias is journalism; information gathering, fact checking, analysis with opinion or judgement coming last.
Even with all I have read and studied, I was still undecided about Snowden- a patriot, hero, trader, goat, grandstander? I've been given a closer examination of the leaker, his motivation, the absolute lying by US Government  officials, the specifics of the surveillance, the handling of the story around the world, an ultra-pervasive British spying program and the relationship between Glenn Greenwald, the journalist who broke the story and Snowden.
It's still a confusing situation on which to draw a judgement. It is clear to me Snowden was a young idealist and perhaps even a bit naive in his actions.  Seeing him now in Russia, you see a changed man. He looks worn, fatigued and even beaten emotionally. He says he did the right thing, but I sense he didn't fully estimate the toll it would take.
Did he do the right thing?  Paths diverge at this point.
Those whom this nation tasks with its protection, security and law enforcement face a more difficult and lethal challenge than civilians can begin to understand. It is a hostile world and information and intelligence is a tool and weapon. Technology has provided keys to amassing that information. But should all citizens be subjected to a loss of privacy in an effort to provide security.  As an analyst in the documentary says, privacy is freedom and liberty. Loosing any privacy is a loss of freedom.
It is not as though a monolithic dictator or fascist regime is using the gathering of the data to their specific advantage, but it is only a step from having the data to that kind of reality.
Presently information is being collected and gathered by a variety of agencies and in numerous ways. Now, this is a muddled kind of security, but the lack of federal coordination and the inability federal agencies to communicate well and to cooperate is a hedge against the information's singular mis-use. Still, in my mind, that is no defense. The point is, we are all suffering from a loss of privacy. Some of it we give up willingly. Social networks and commercial organizations gather and collect lots of data. It is something else when the federal government lies to us about what they are doing and what they are doing with what they gather. It is quite more serious when they use the cover of national security. Politicians have used that cover before, for all of the wrong reasons.
Some have said if you are doing nothing wrong, you have nothing to fear. That is faulty thinking and is tantamount to  permitting a stripping away of any expectation of privacy, your most intimate freedom. That thinking is a slippery slope.
The public has a right to know almost everything. The safety of agents, troops and critical operations must be maintained and that by nature puts some information out of public view, but in our process of governance there should be congressional oversight and judicial review.  We have a right to know that we were being spied upon and that our government lied about it. Had it not been for Edward Snowden, all of this would have been academic if not non- existent.  Did he violate a law? Yes. Did he tell Americans that his government was also violating the law? Yes again. He also revealed how.
Attend Citizen 4 with friends and you may disagree with what it means to you individually, but it raises the kind of issues a democratic republic needs to address in the 21st Century. It is a bit slow, even tedious, but freedom is worth all of that.
IN THE SURF 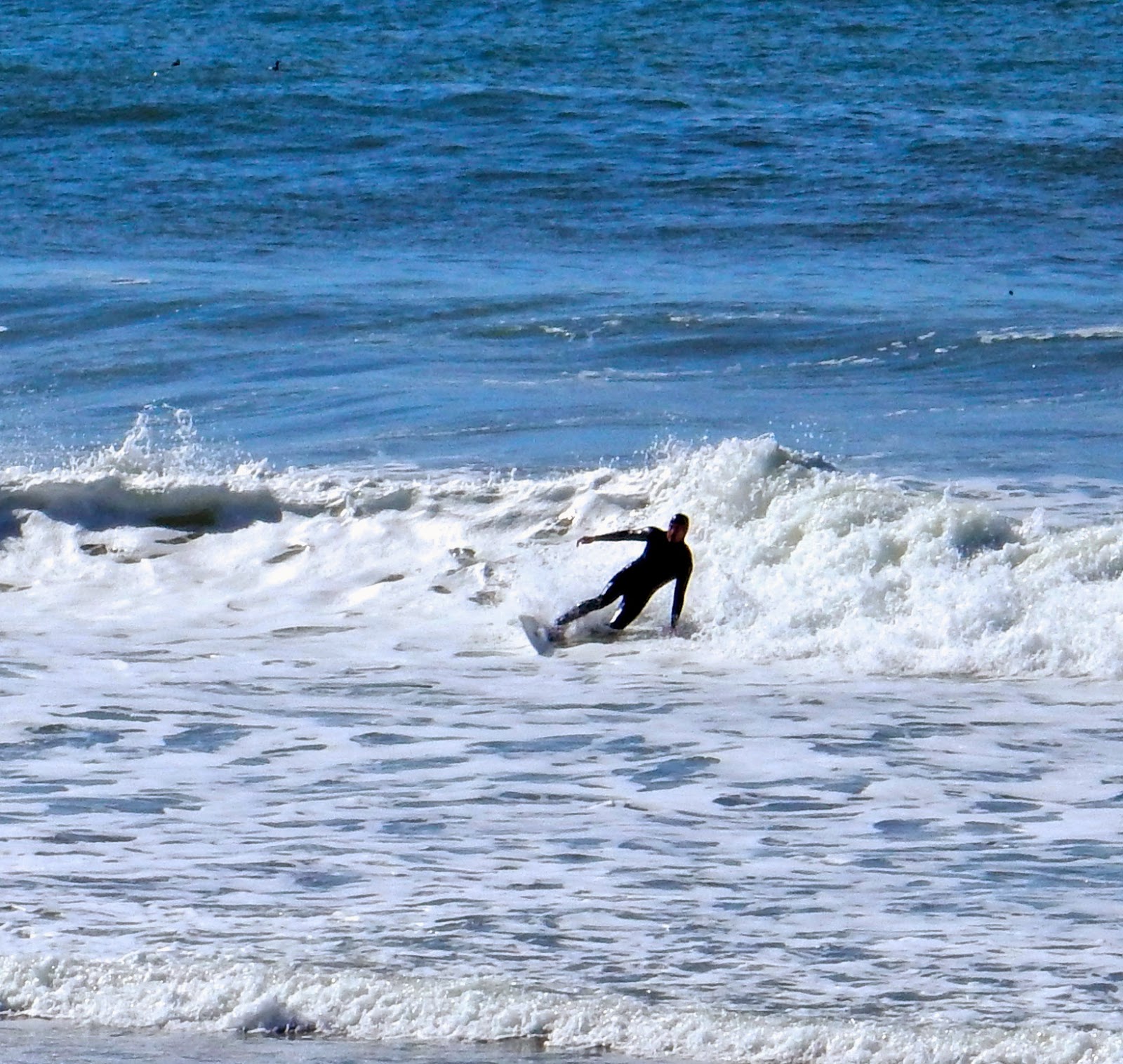 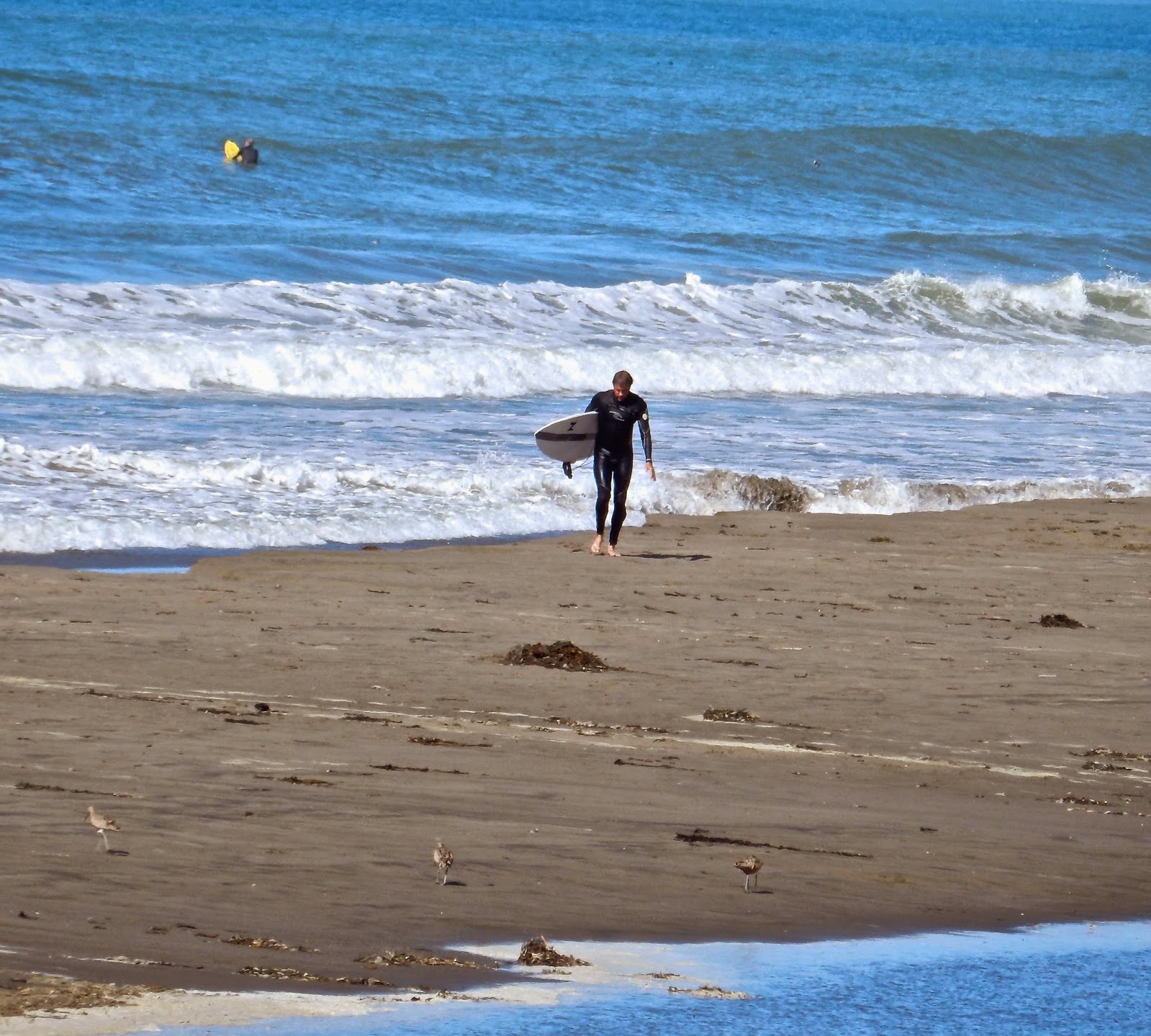 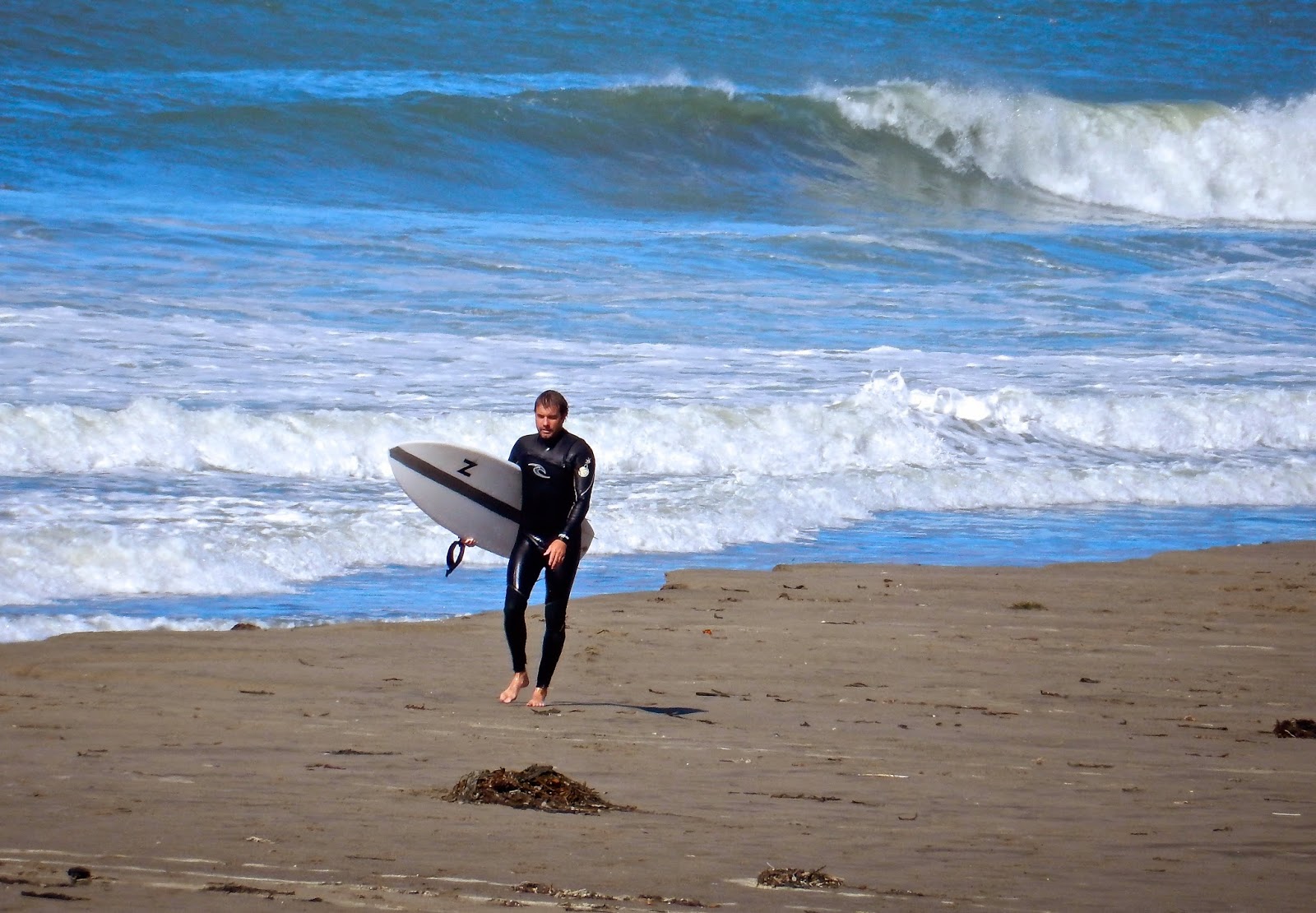 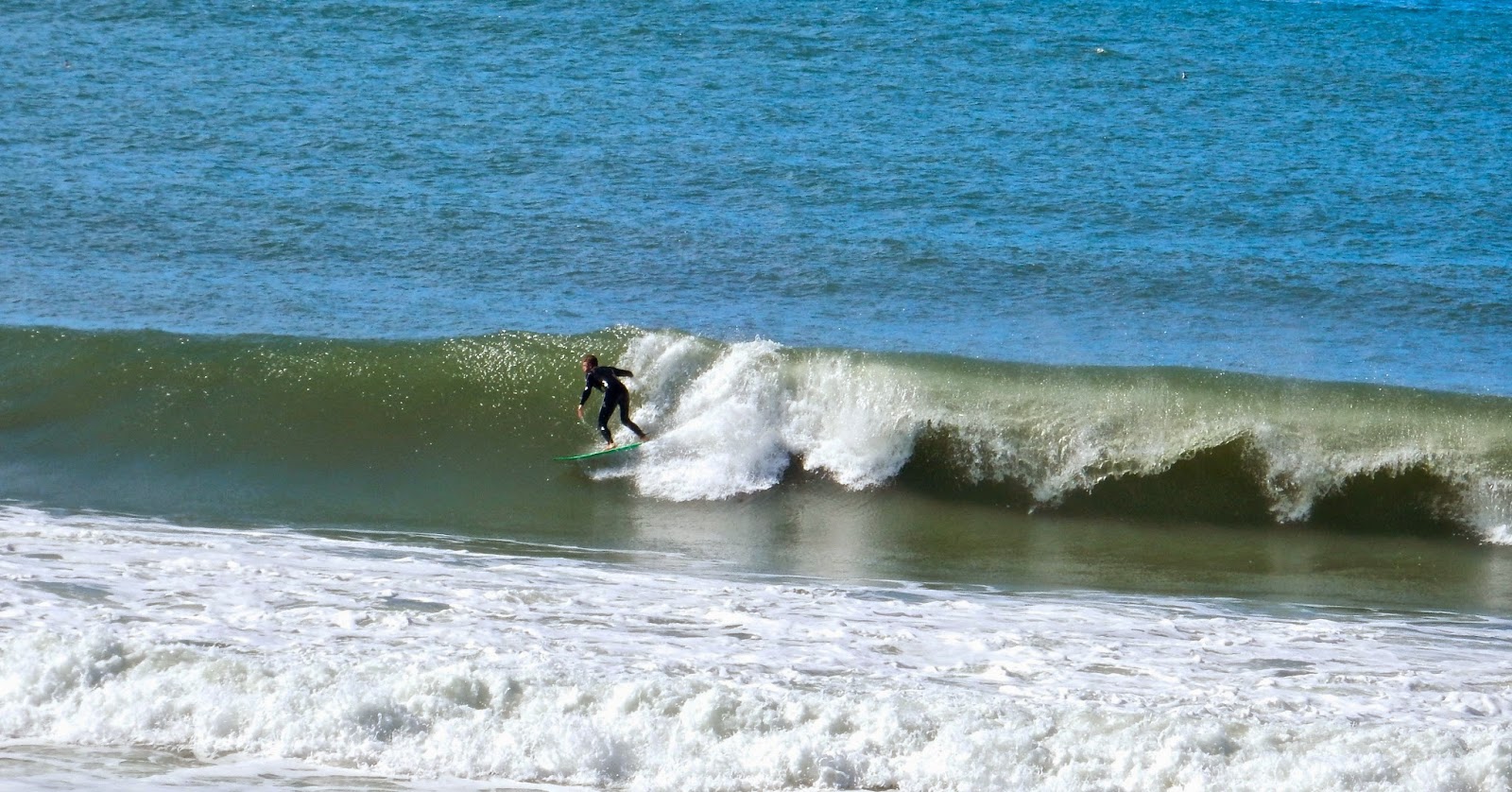 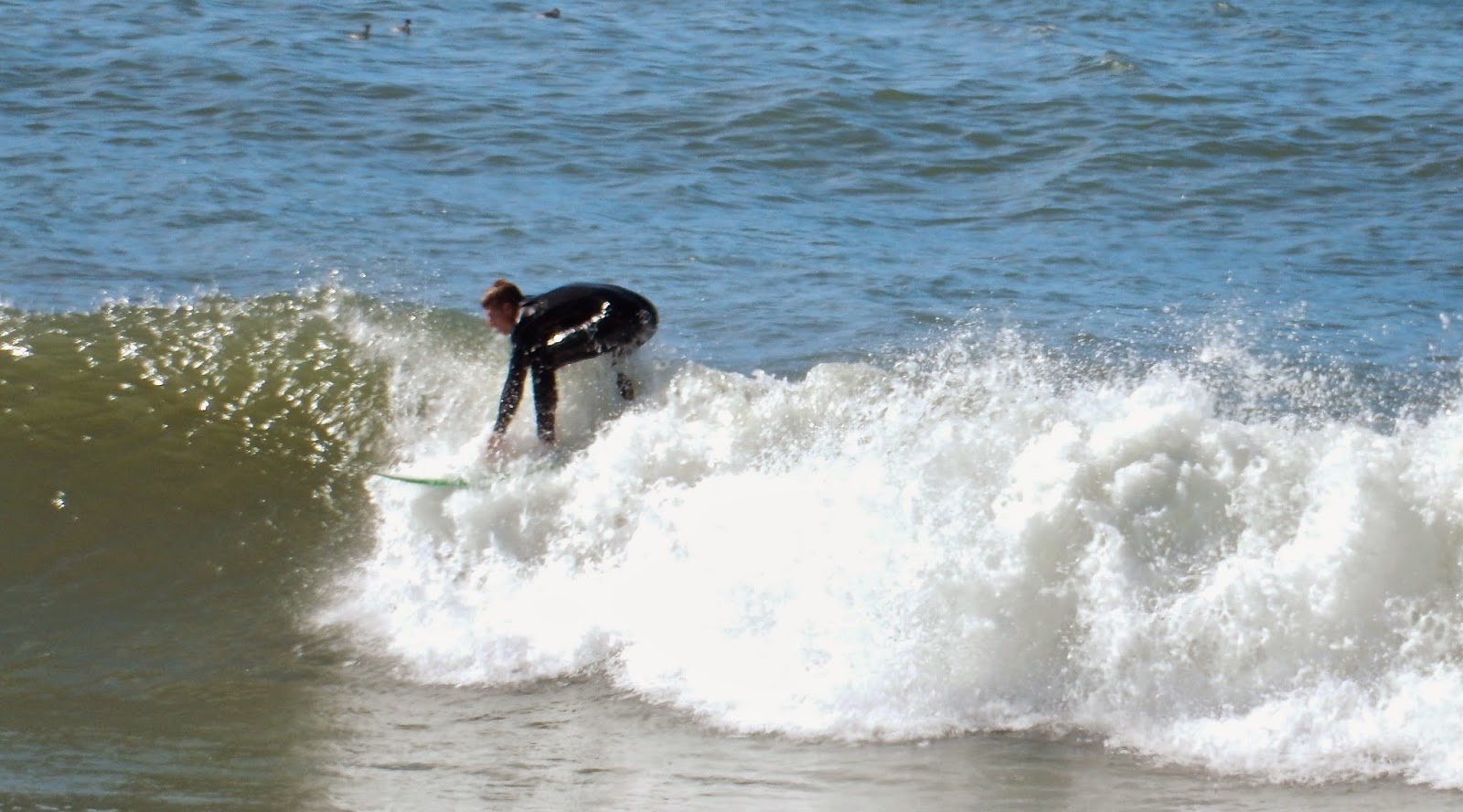 GOODBYE CHARLIE
Charlie Skinner, president of ACN died with his boots on but I hate it. As the extraordinary HBO series The Newsroom comes now to the finale, Sam Waterston's expertly portrayed old hand news executive goes out in a rant and rage. The networks new owner, a tech company billionaire is imposing  his silly but all too real reliance on social networks to guide news content and well, old Charlie's heart just couldn't take it.  I was particularly fond of the Waterston character who's life and death could have been drawn from real case studies. That is the beauty and brilliance of Aaron Sorkin's drama-there's a whole lot of truth in that fiction.

See you down the trail.
Posted by Tom Cochrun at 8:24 AM