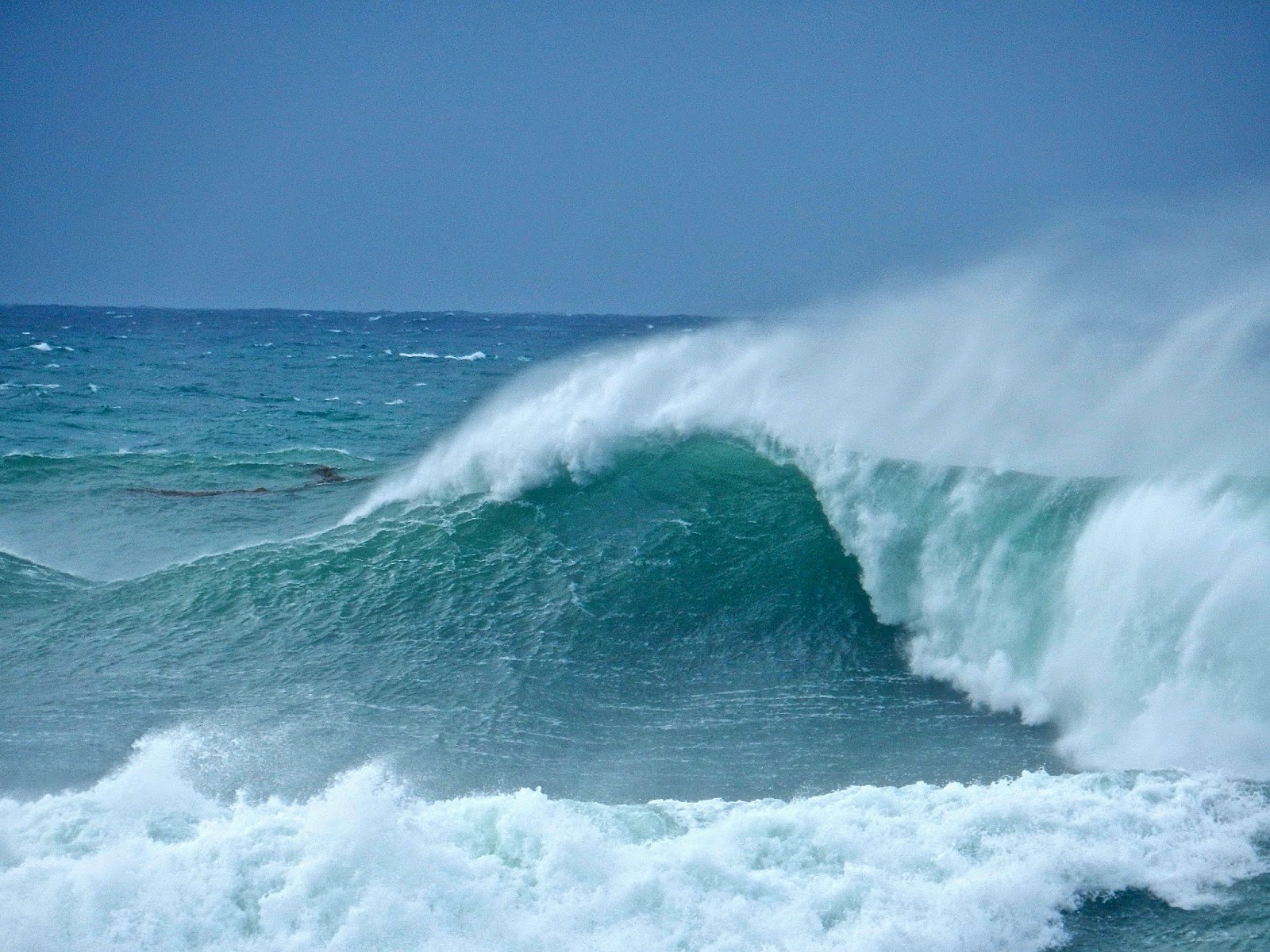 A riled Pacific leads a wind and rain storm into the Central Coast. 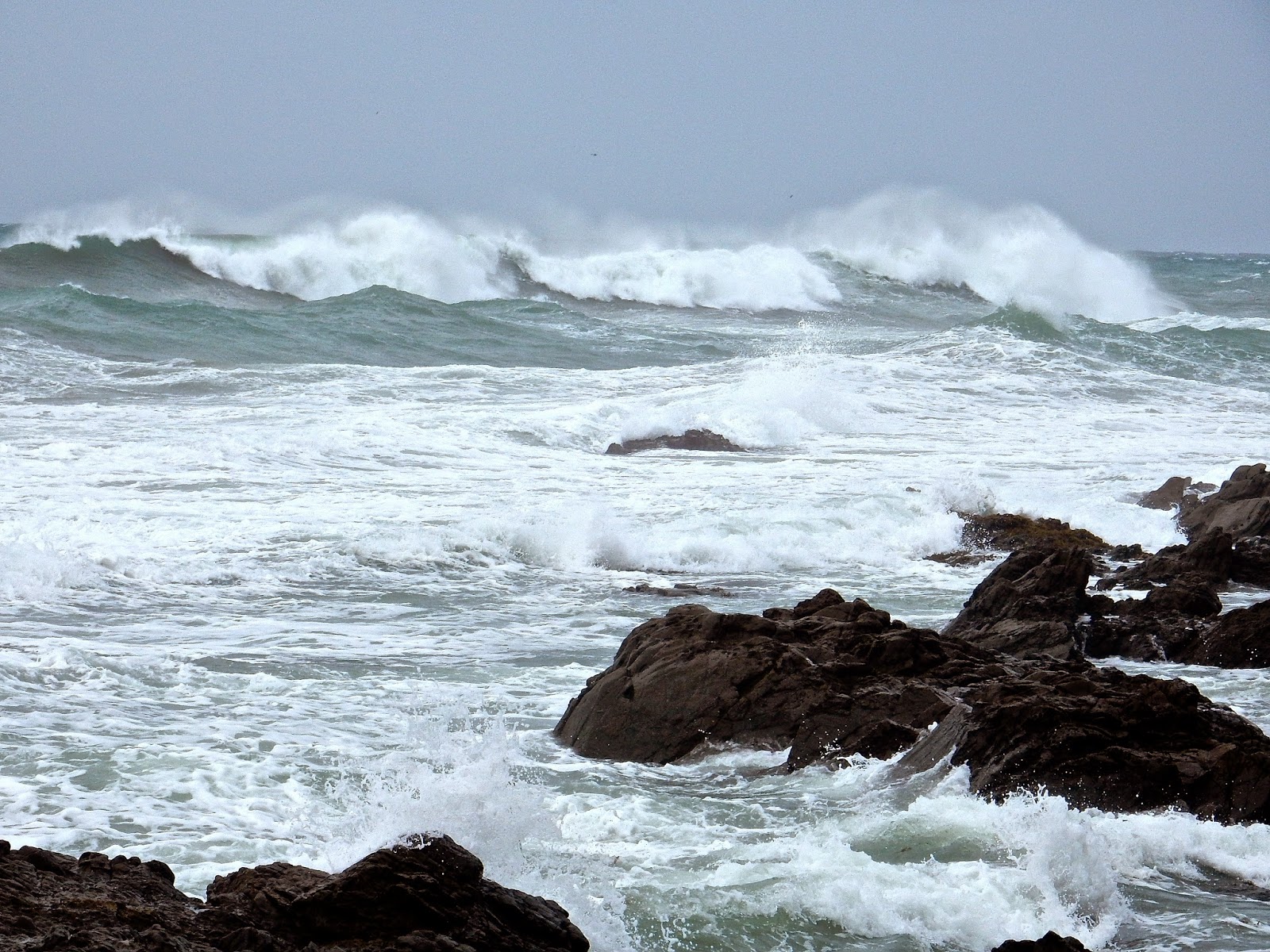 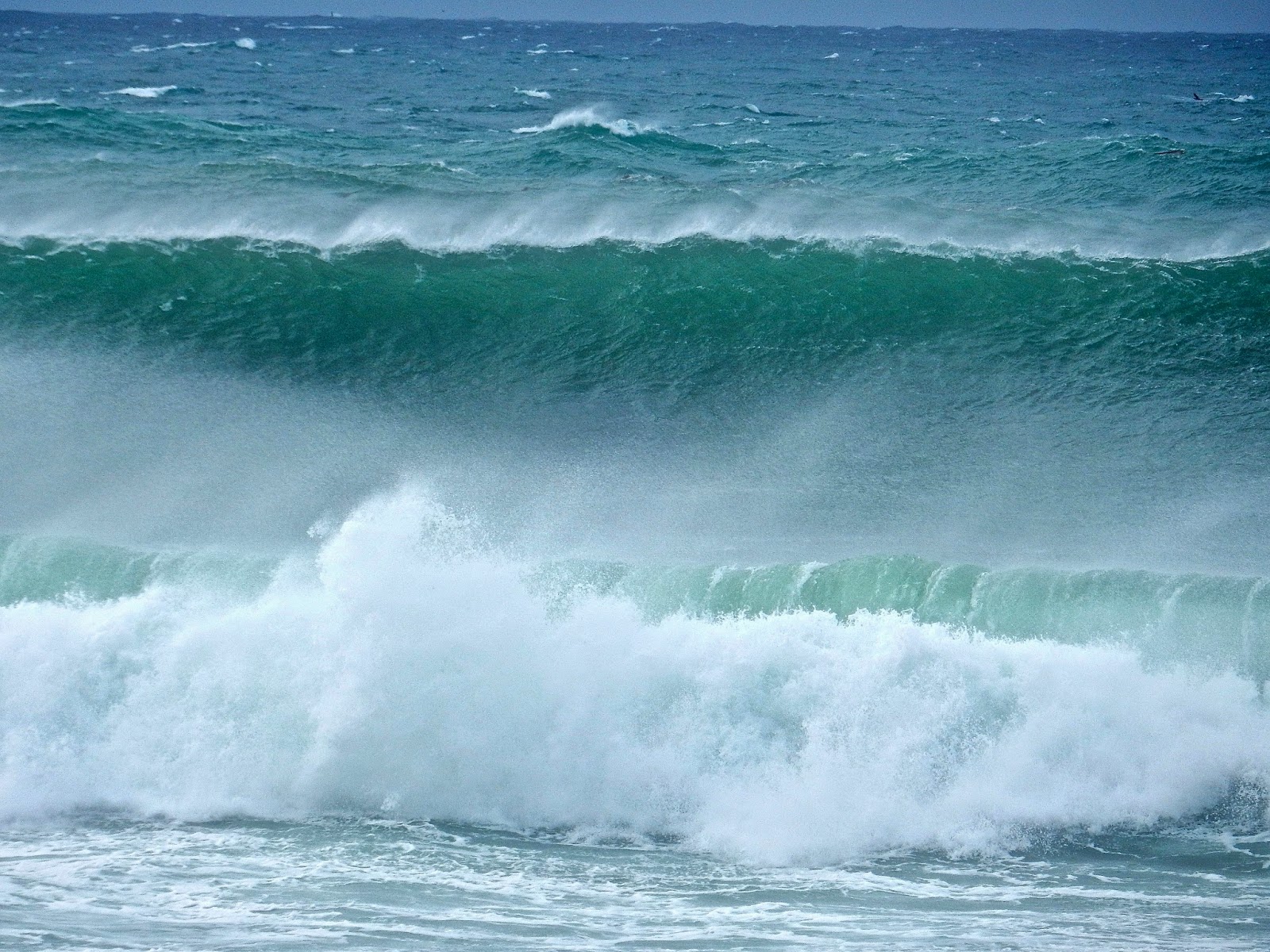 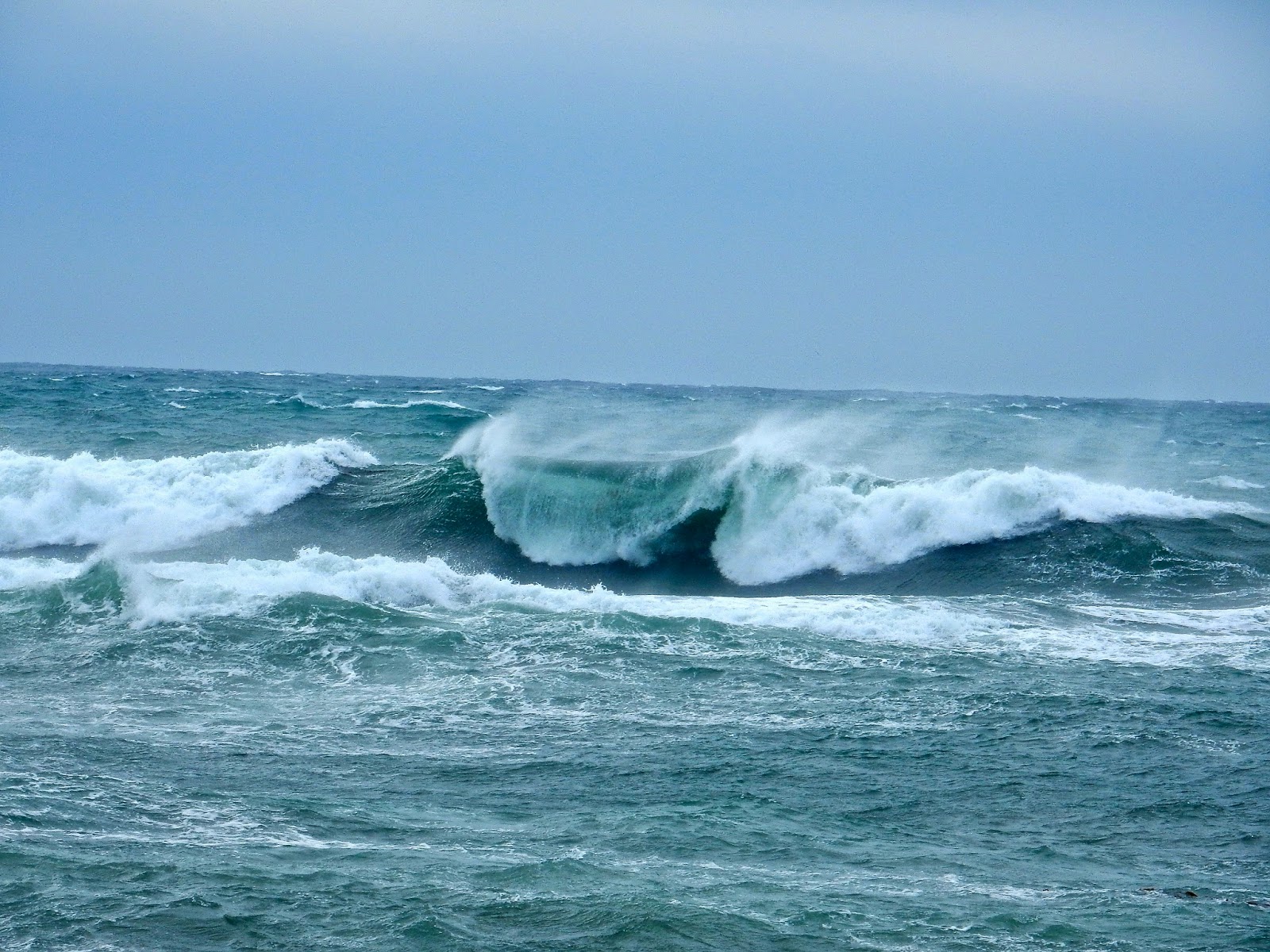 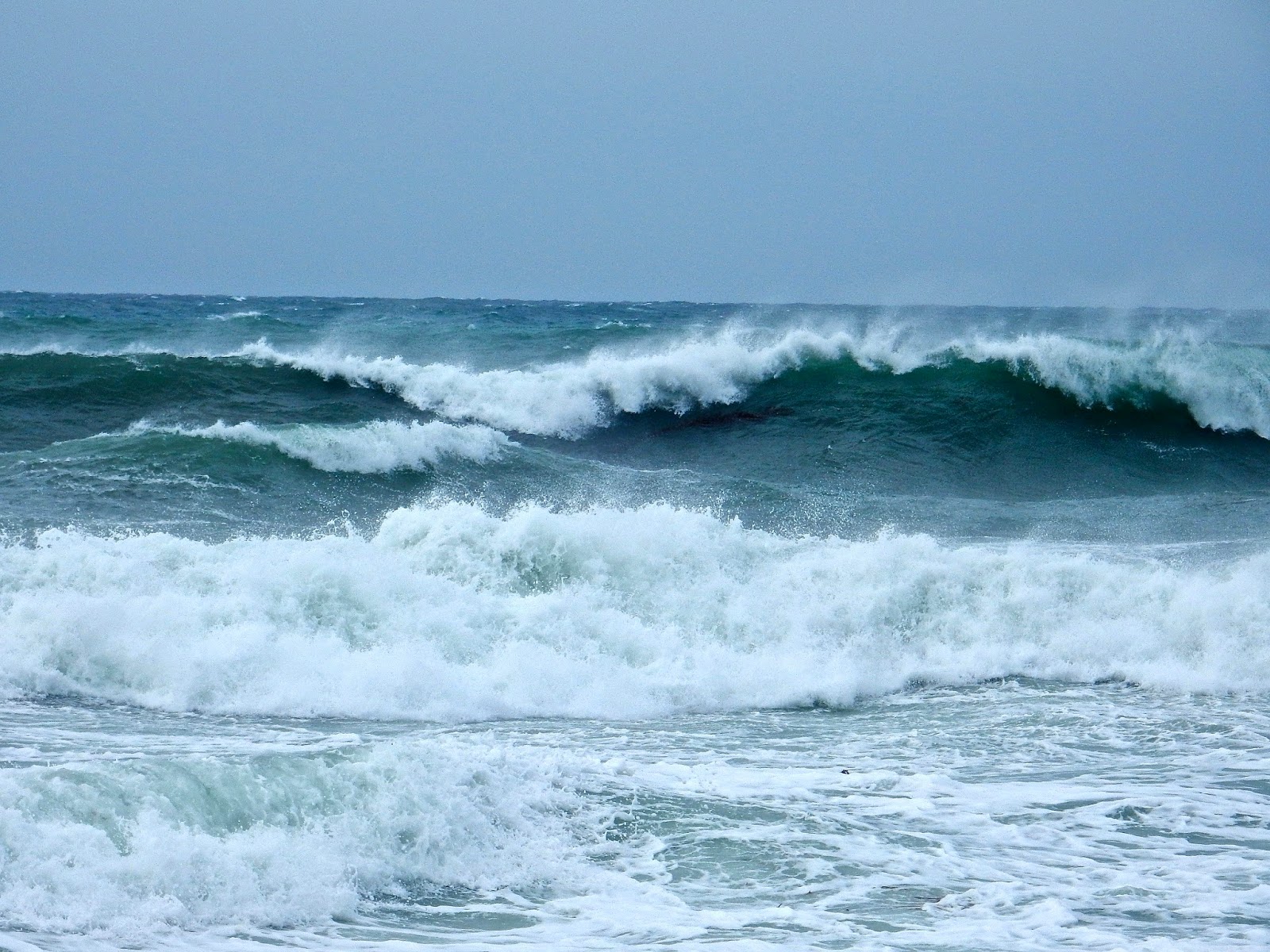 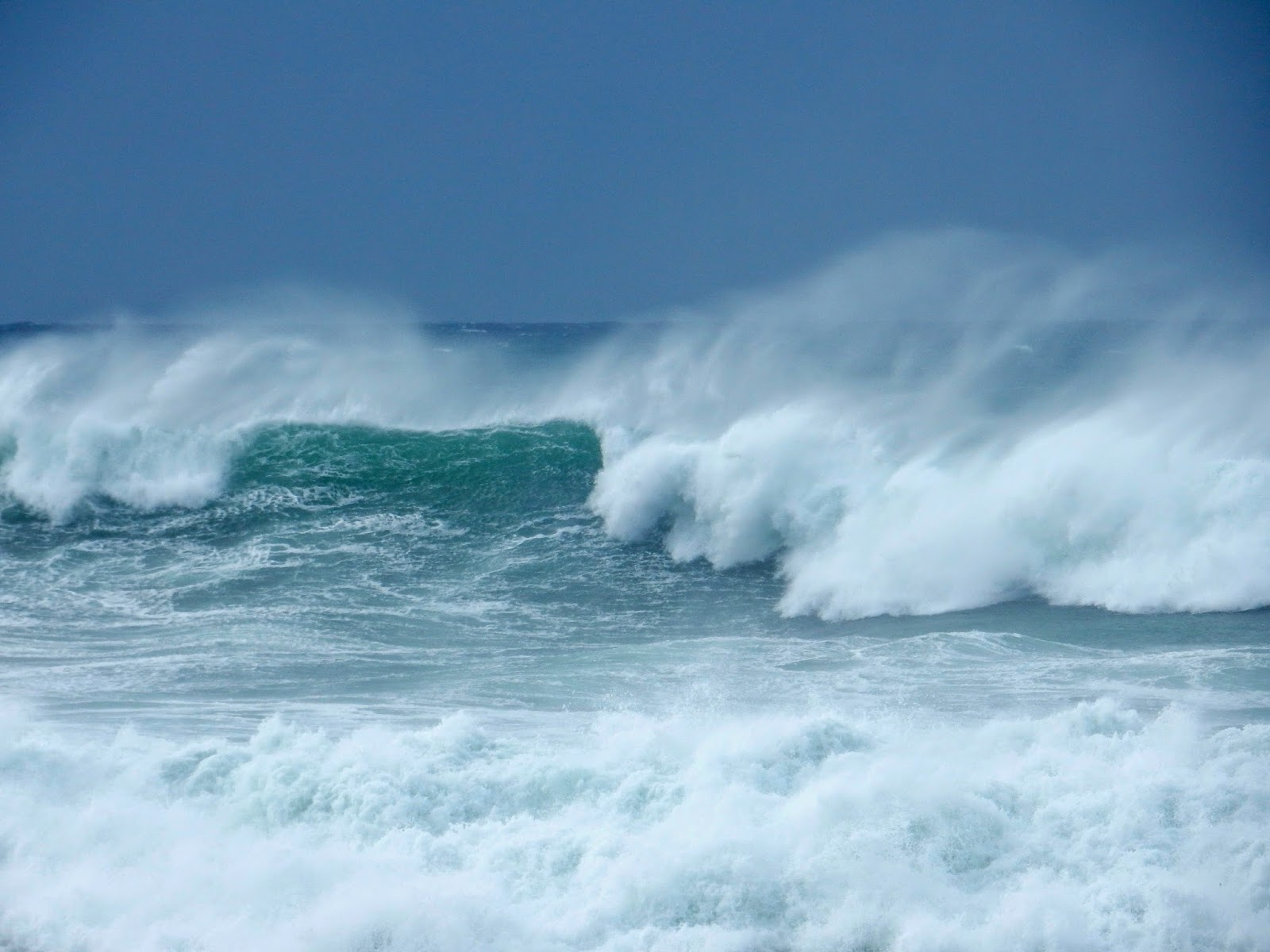 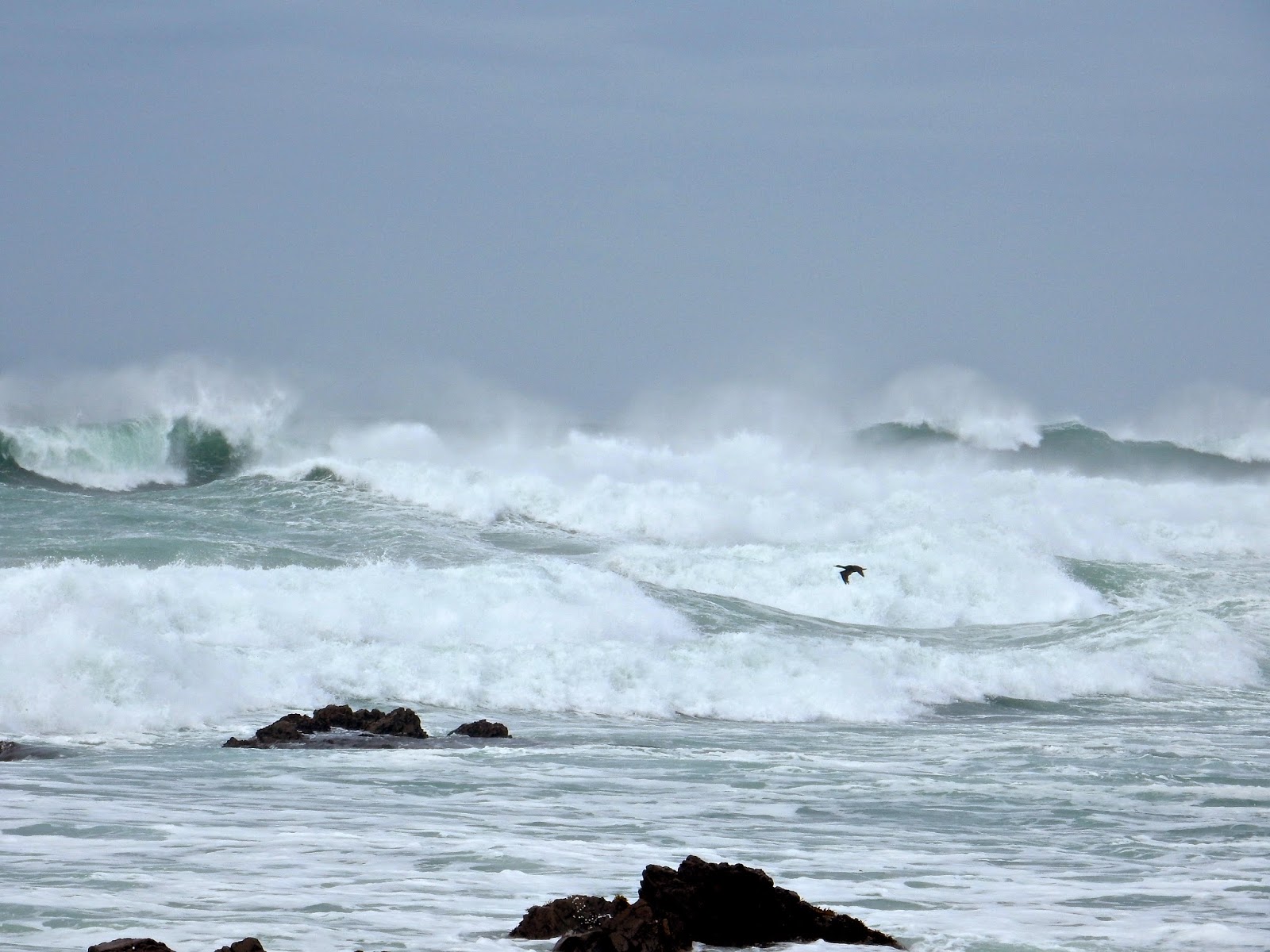 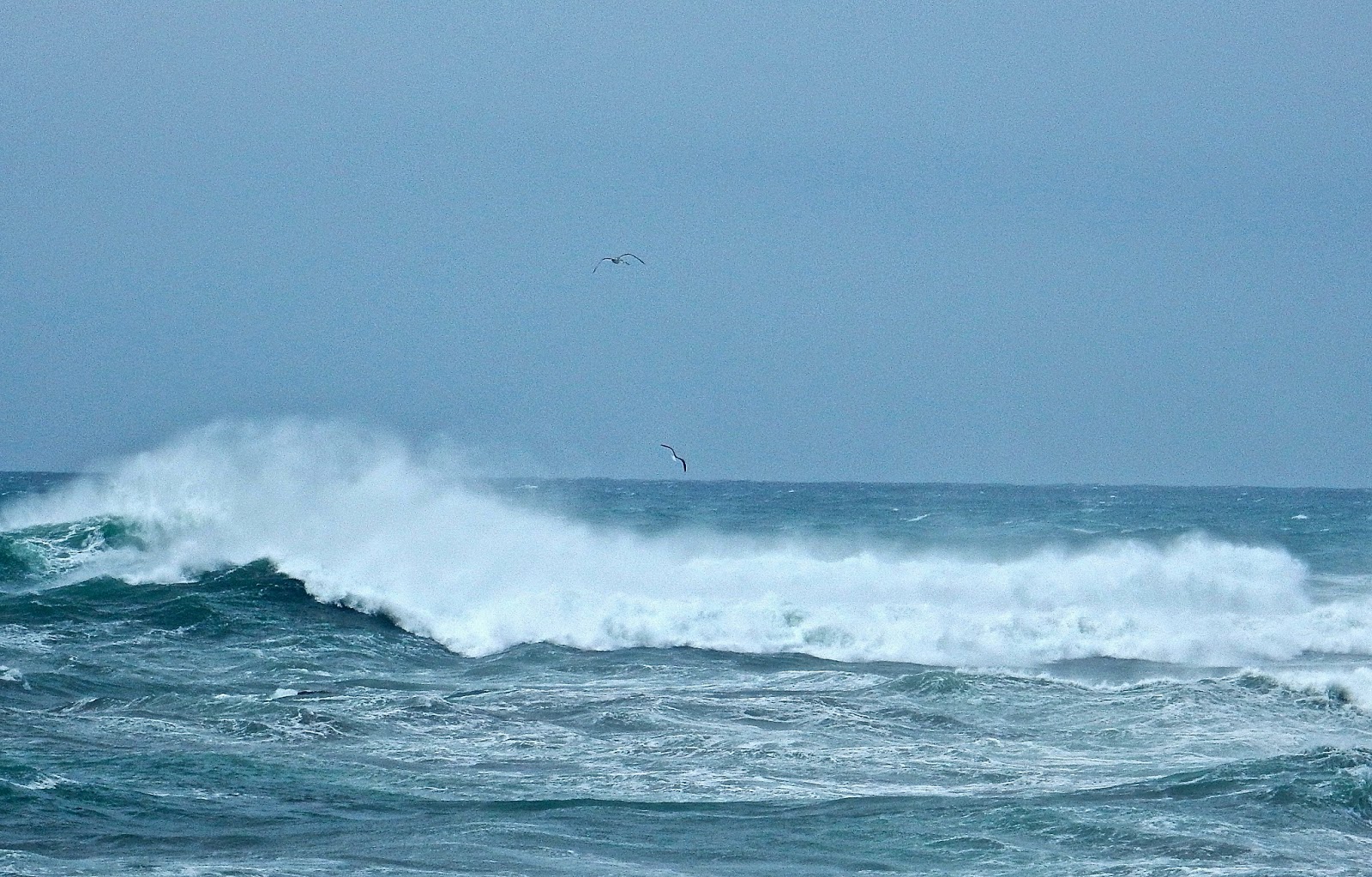 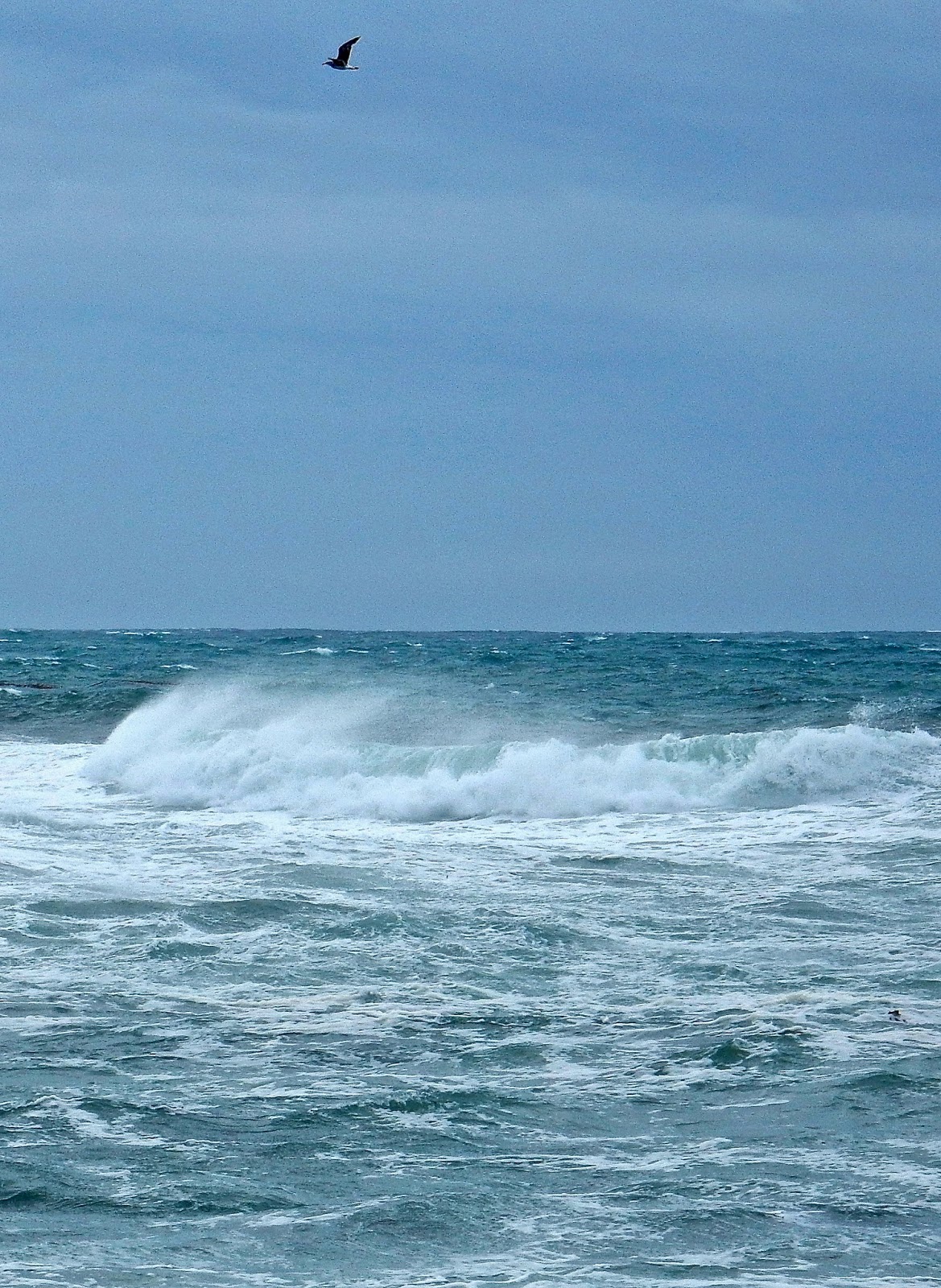 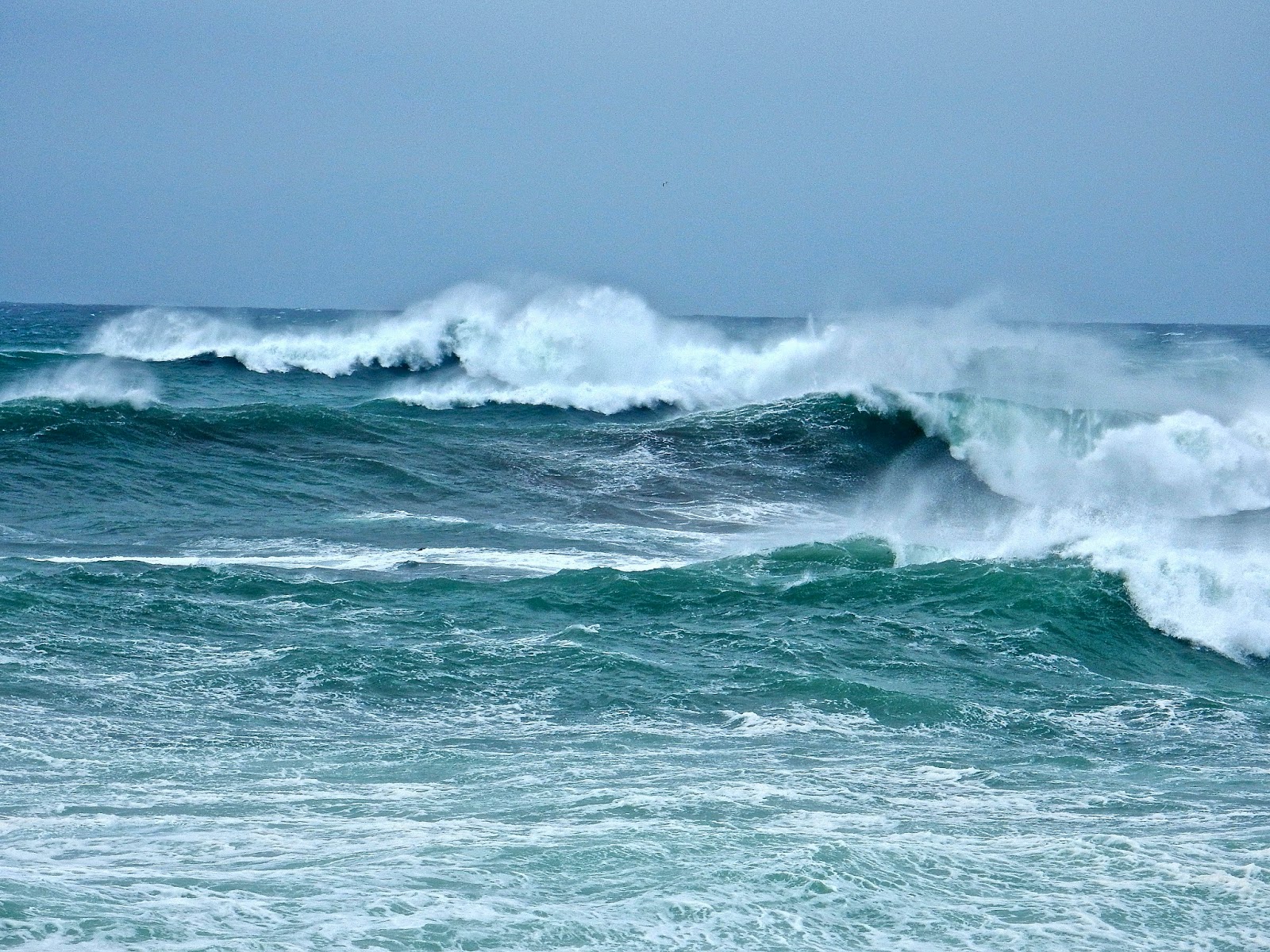 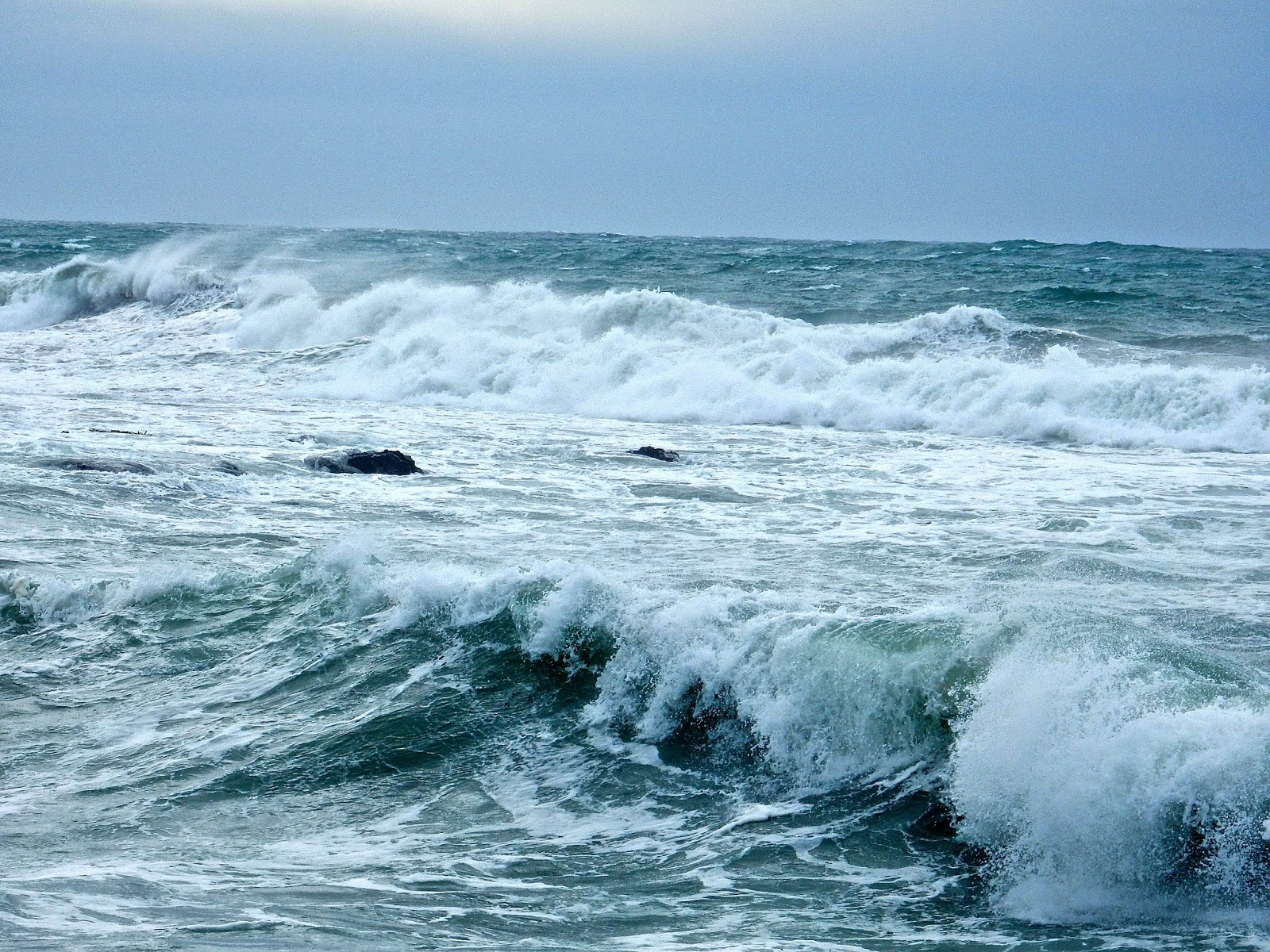 As you have probably seen or read, California is getting soaked by the "Pineapple Express."  Though the rain has created problems it is a beginning to make up the deficits of three years of drought.  There is still a long way to go.
I wonder why communities who have been plagued by water shortages do not take more seriously the idea of rainwater capture or harvest.  Many of our Cambria neighbors have done so on a personal basis. Still, hundreds of thousands of gallons are washing away. These photos were taken hours after the last rain. 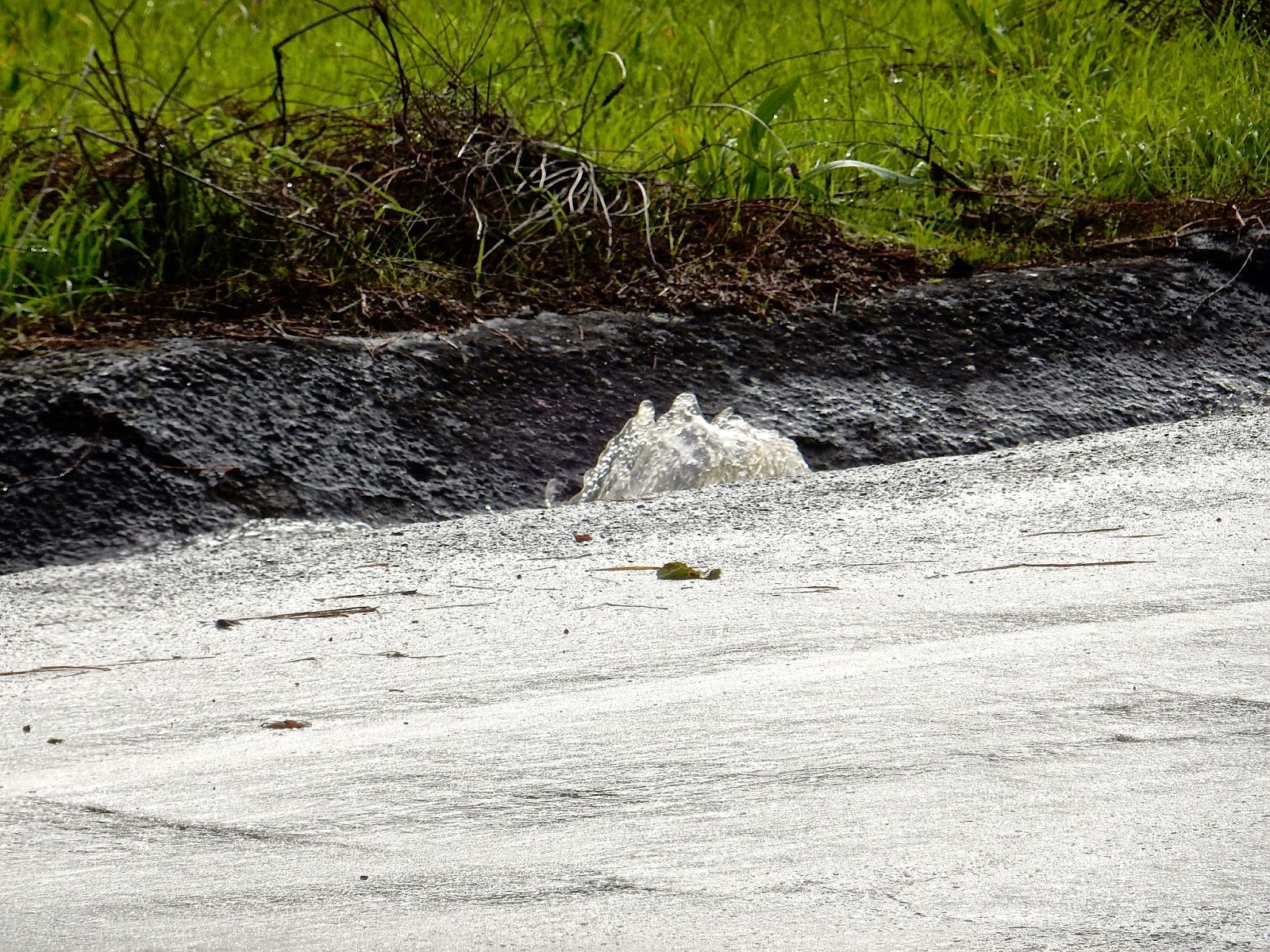 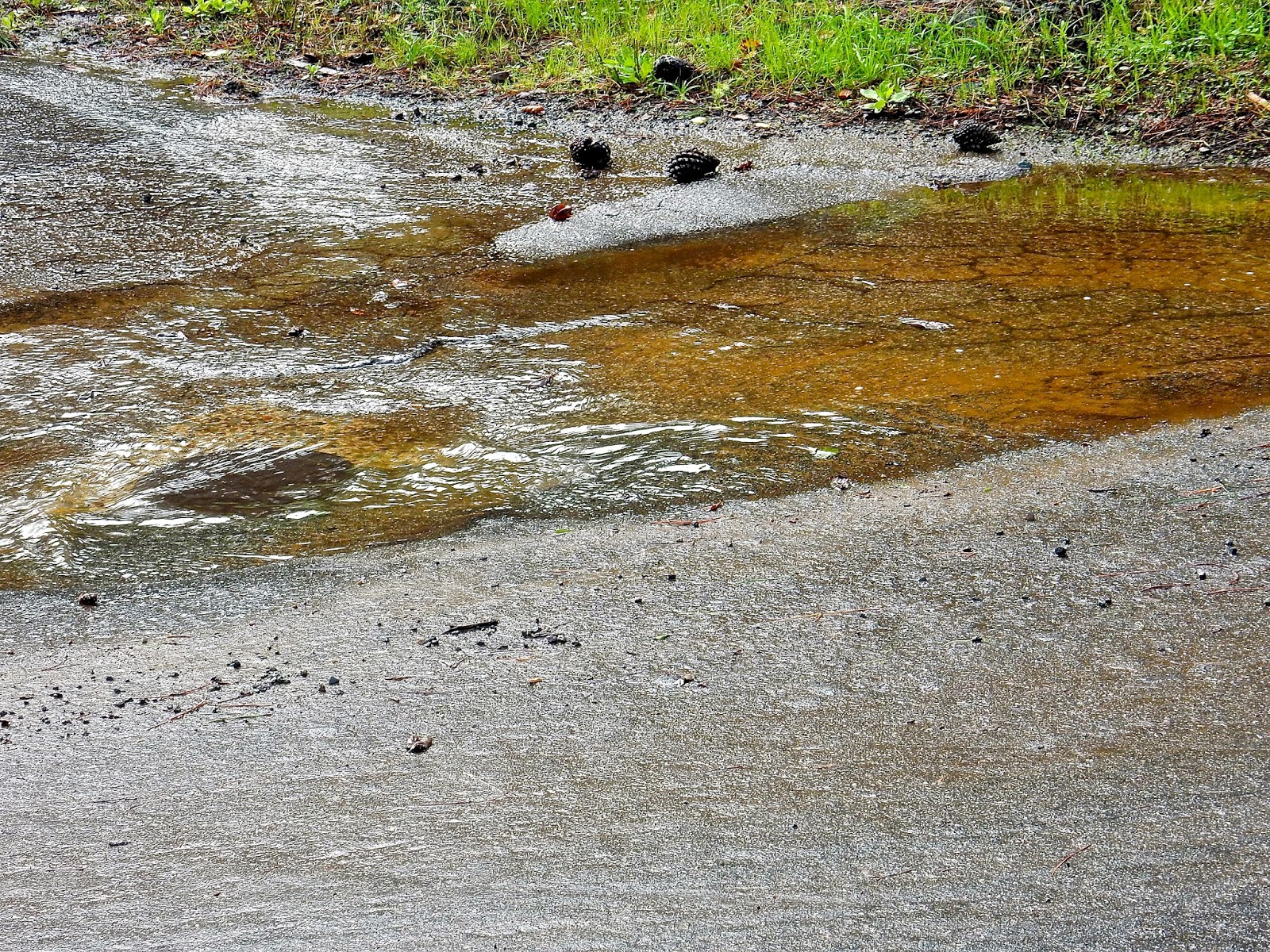 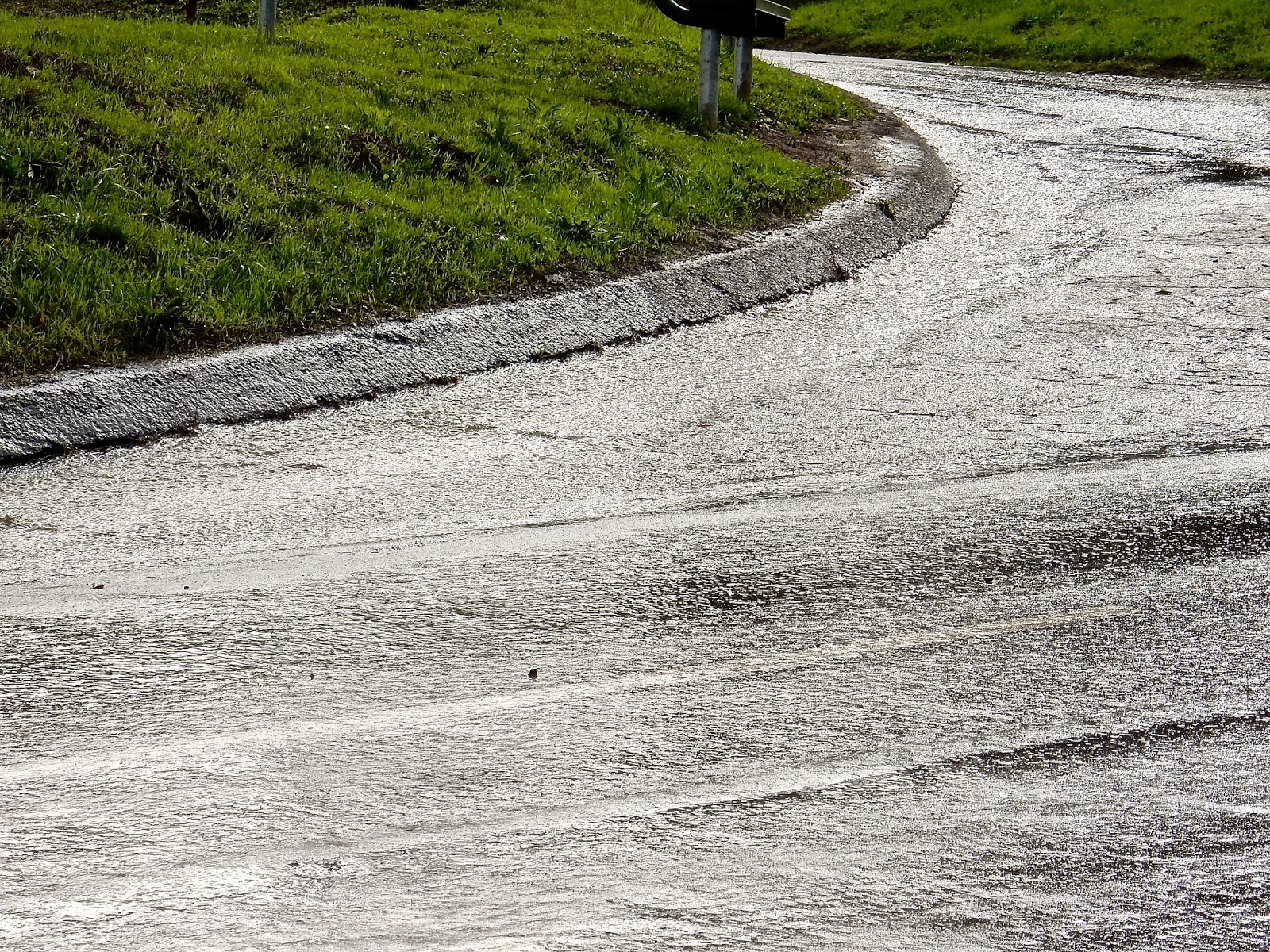 Just in this one half block water flows away from the Pacific, down hill and away from potential use in a gray water system.  A French drain, perimeter drain and/or system of storm drain cisterns could harvest millions of gallons to be pumped for treatment or re-injection into the new multi-million dollar brackish water desalination plant.
Living through drought ought to sensitize us to a more prudent utilization of a precious resource-don't you think?