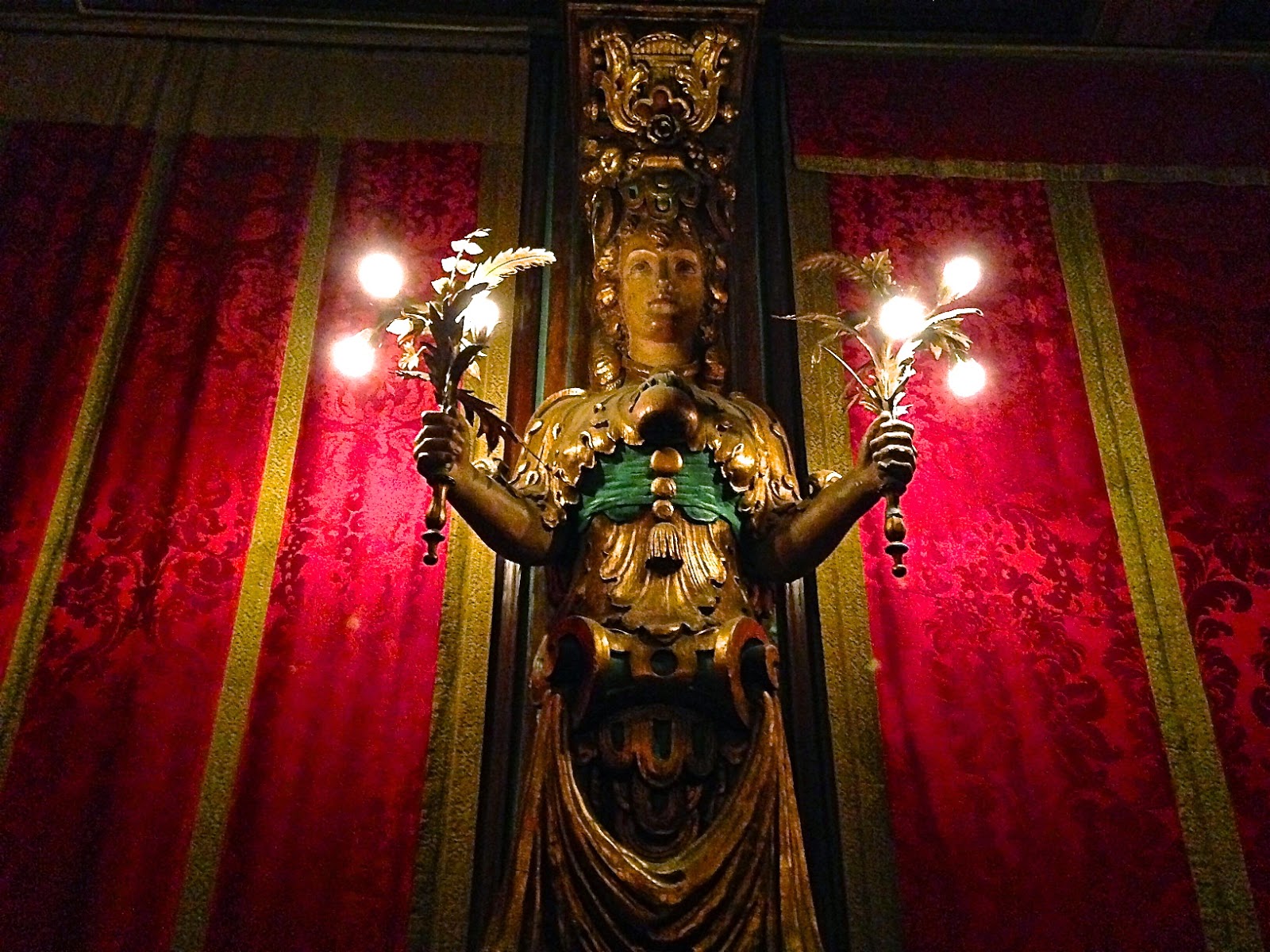 We had the good fortune of an invitation to see the Christmas decorations at San Simeon, the Hearst Castle. 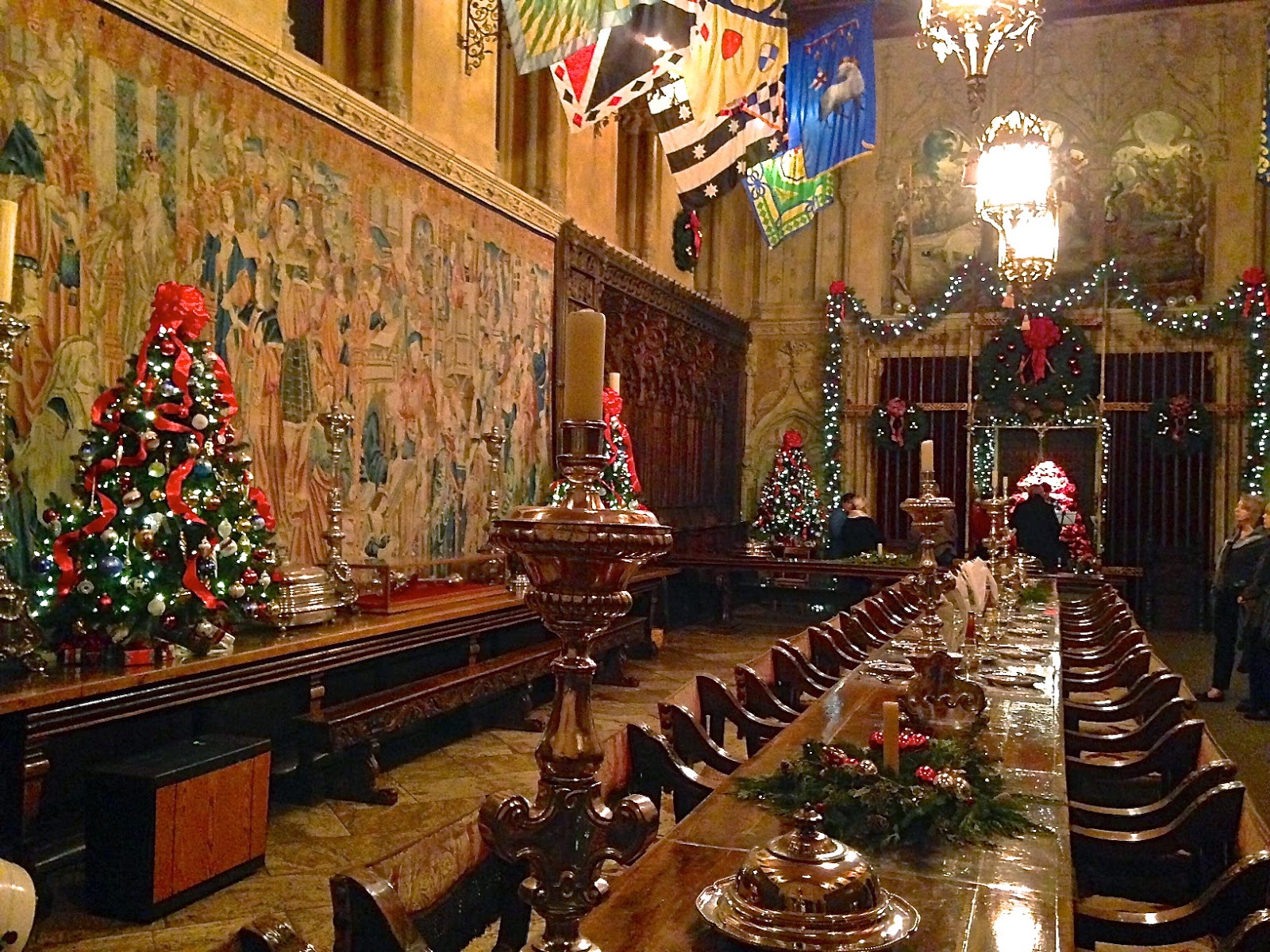 It is a visual blitz of texture, detail and history. 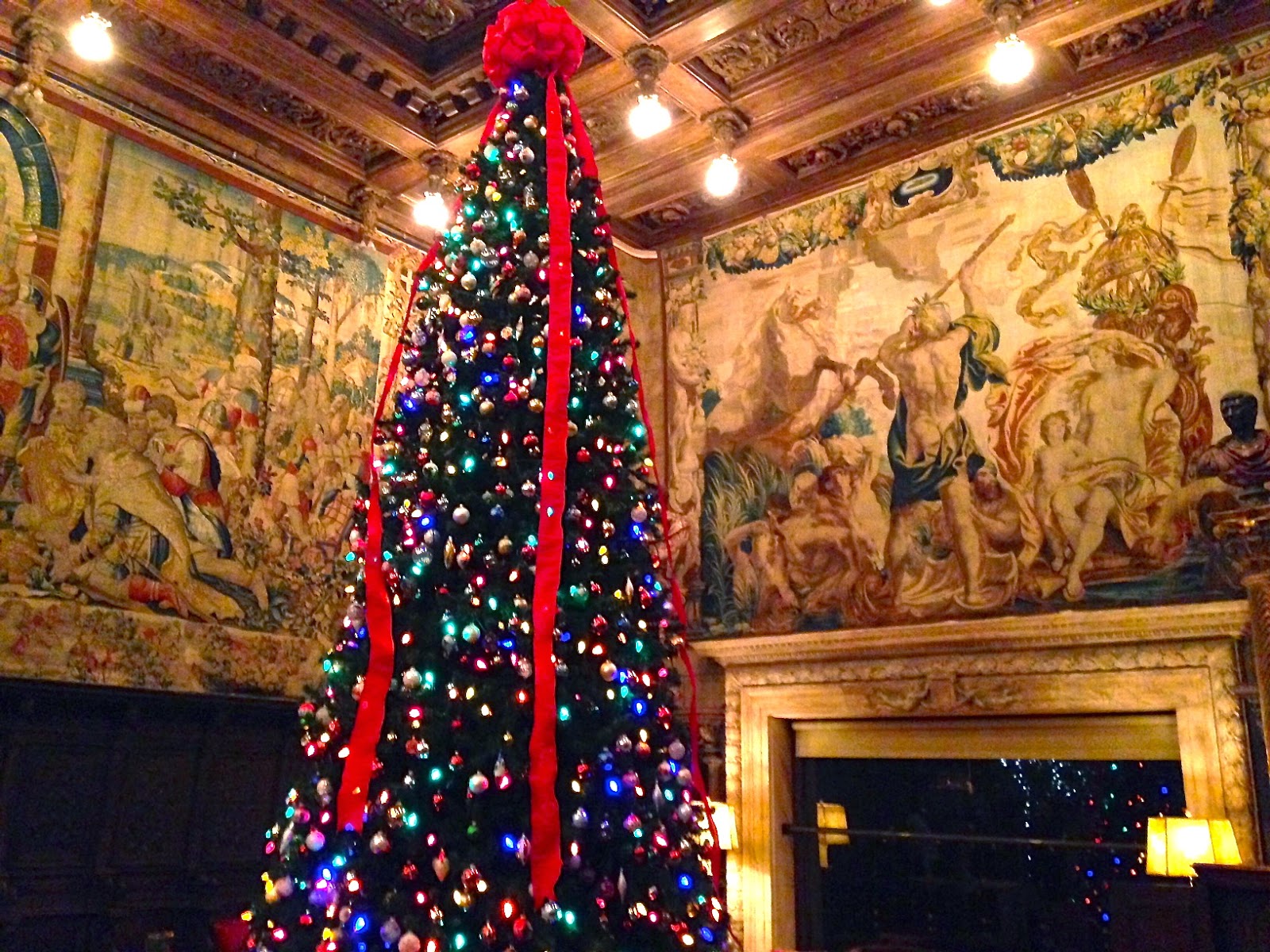 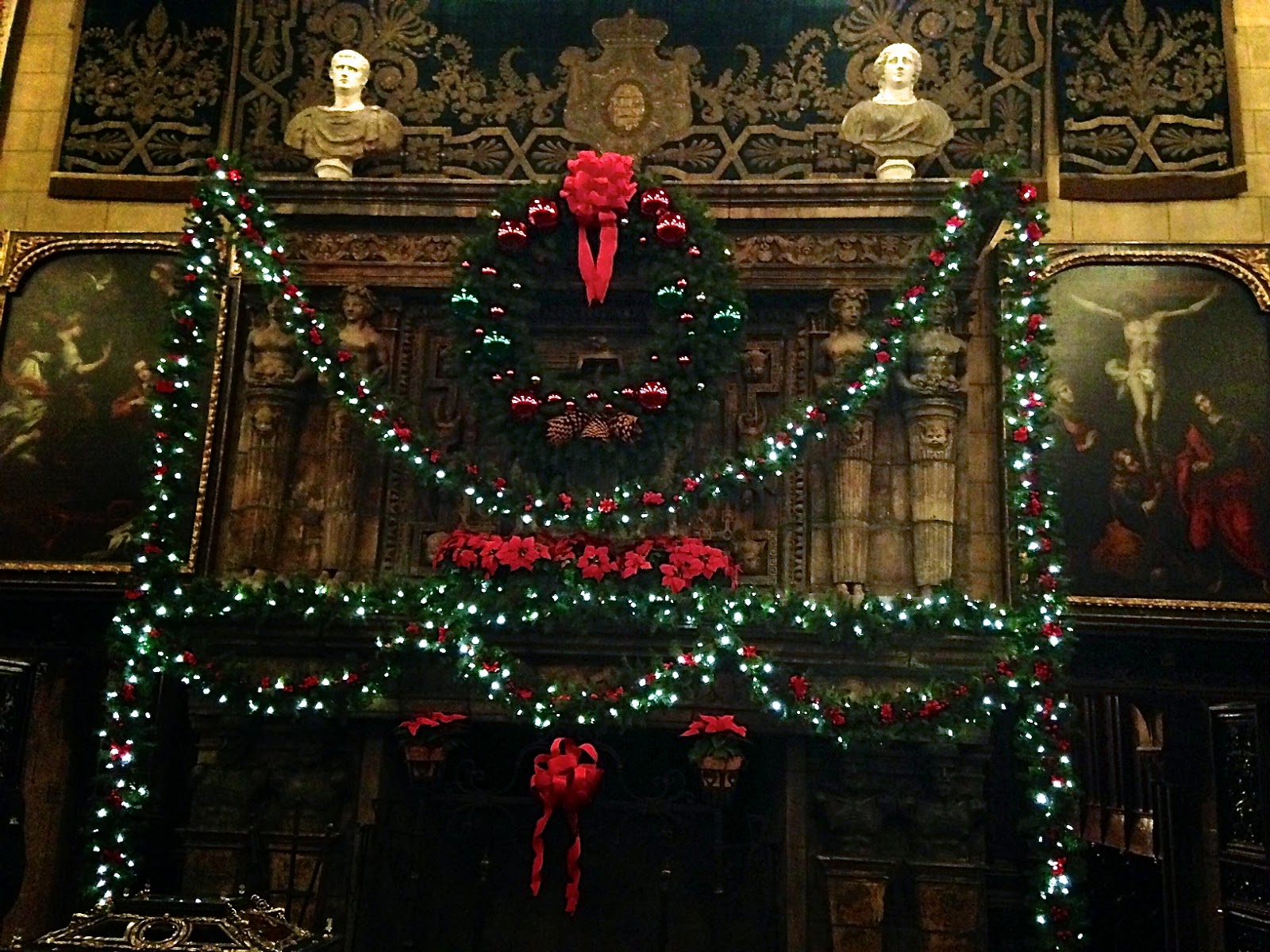 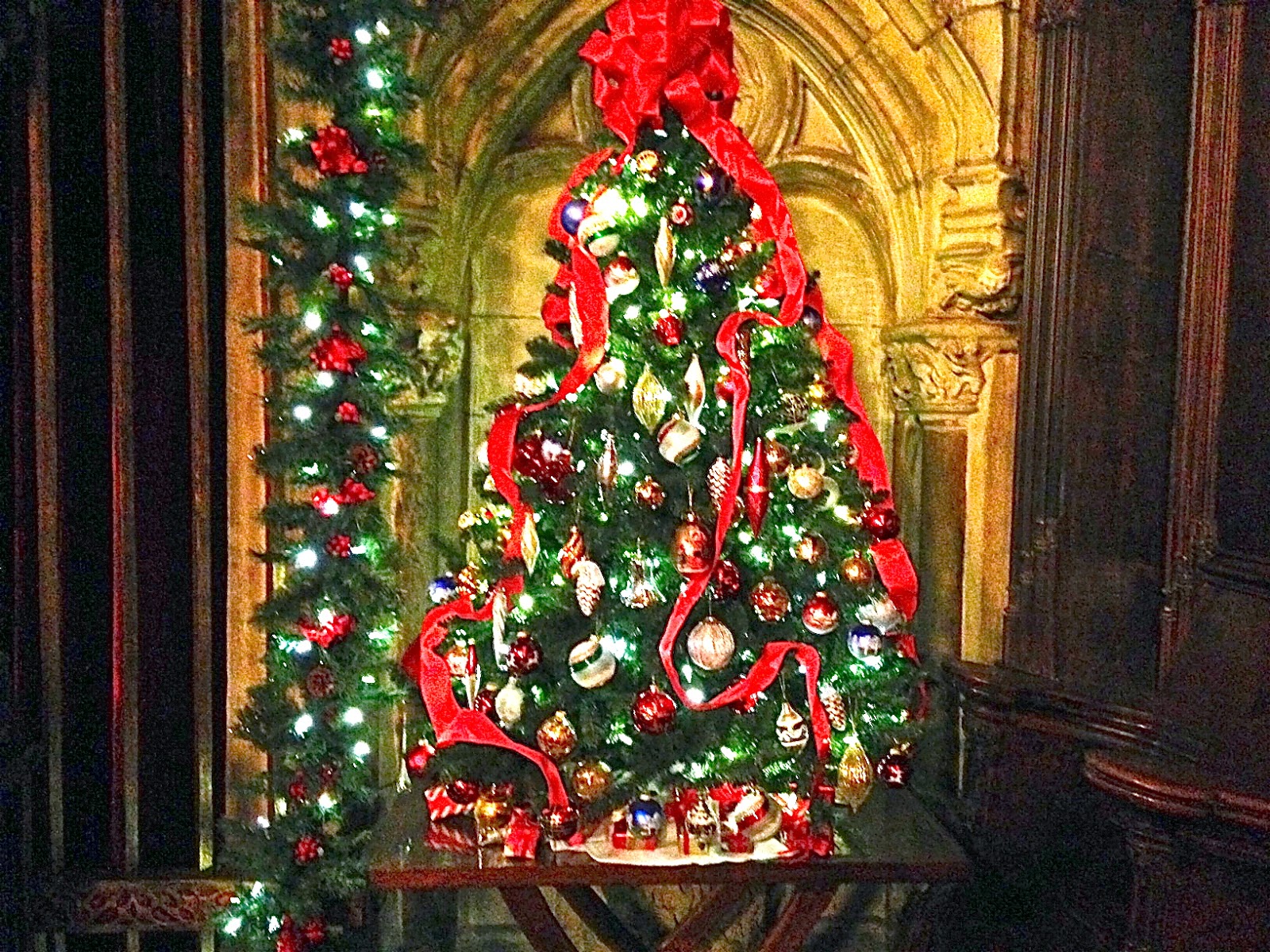 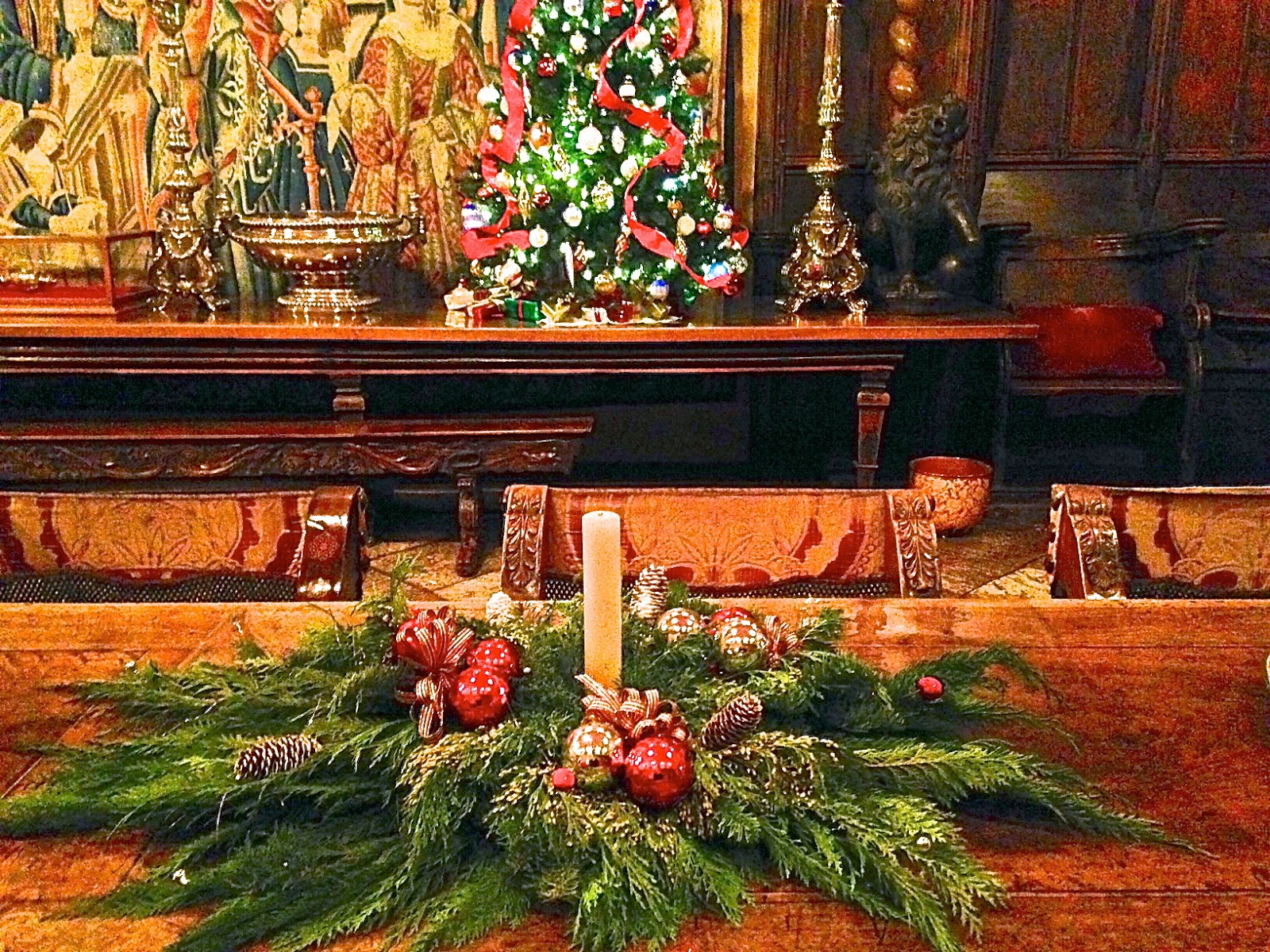 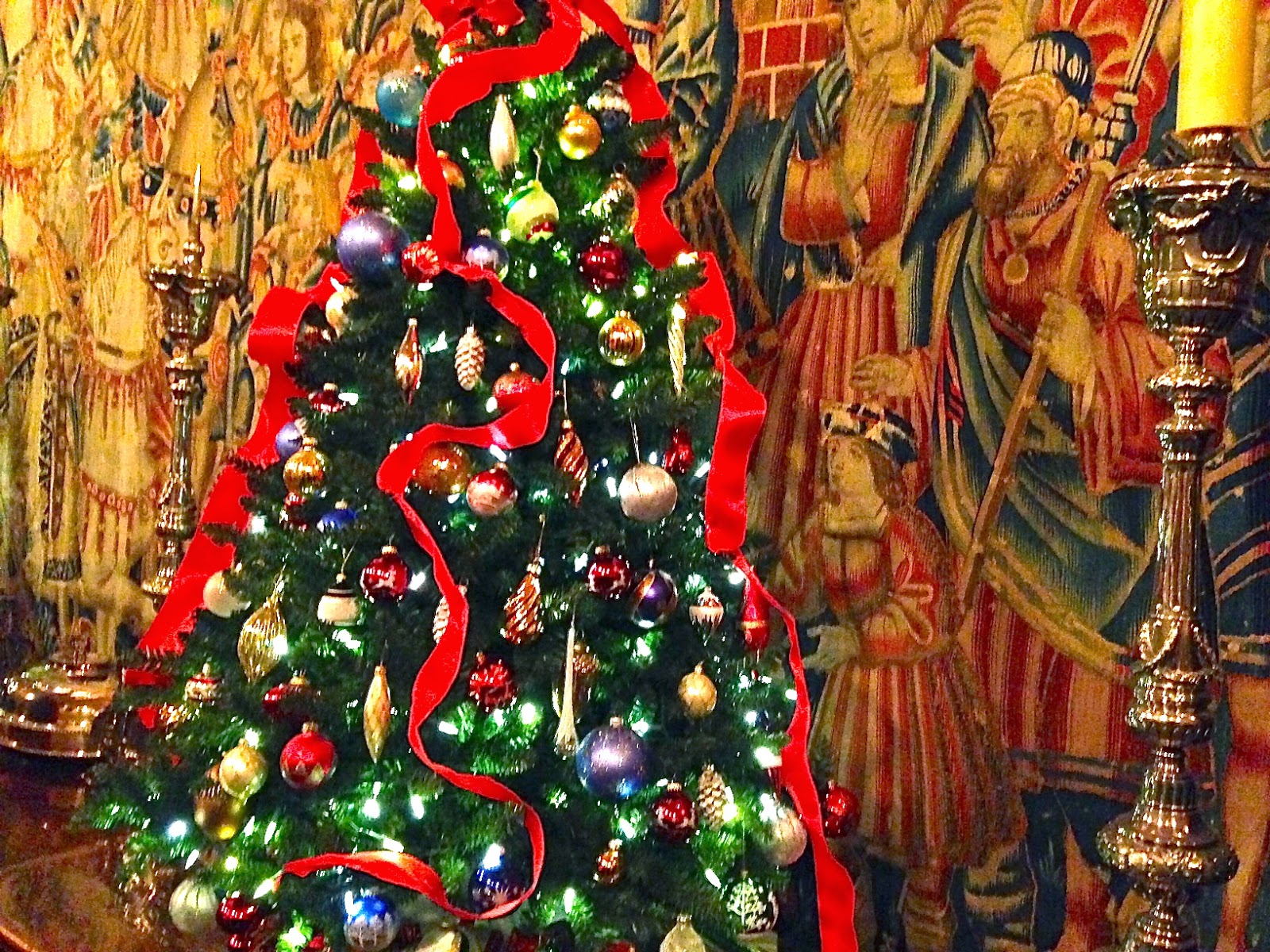 The juxtaposition of the tapestries hint at multi dimensional story lines. 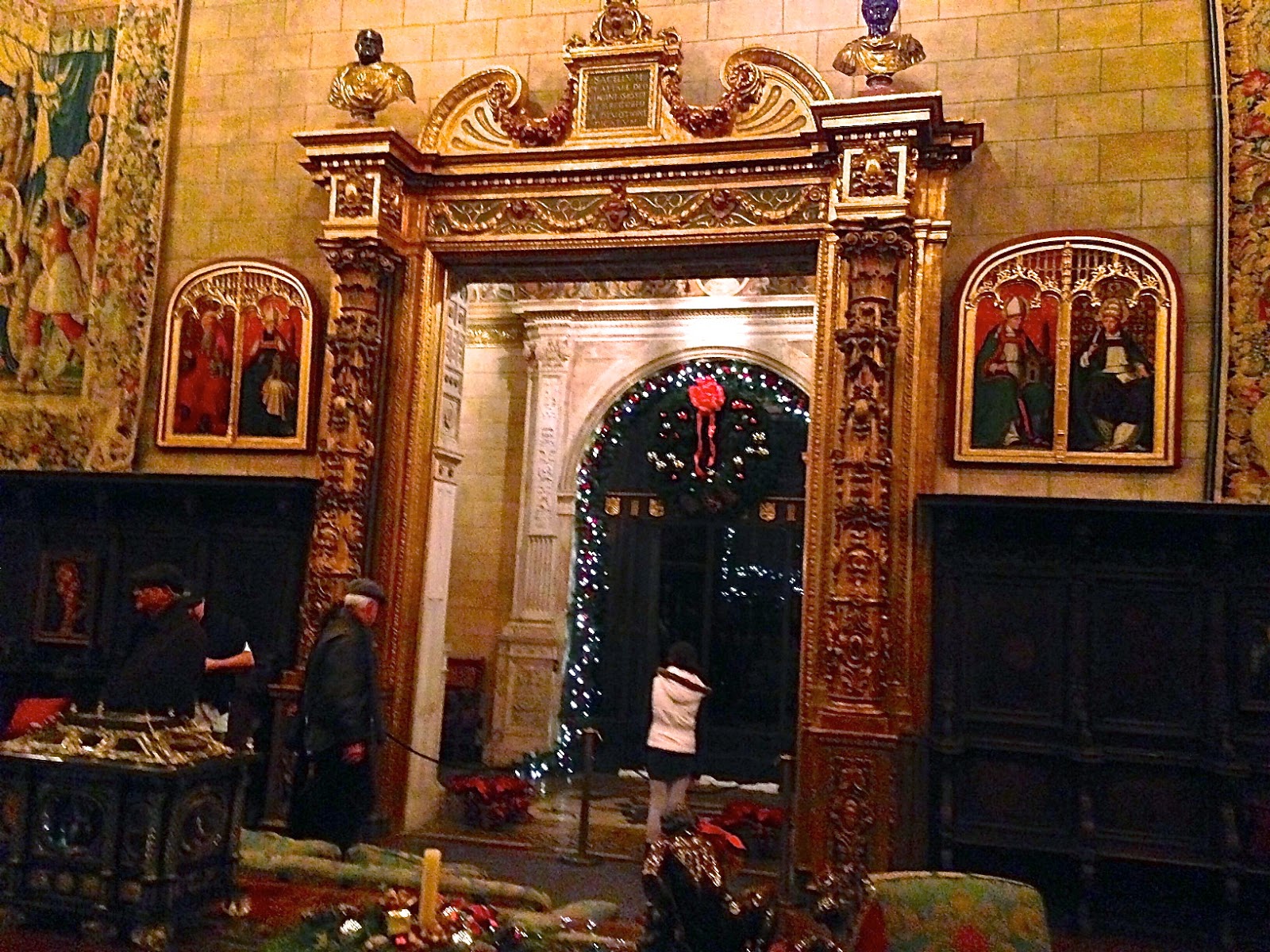 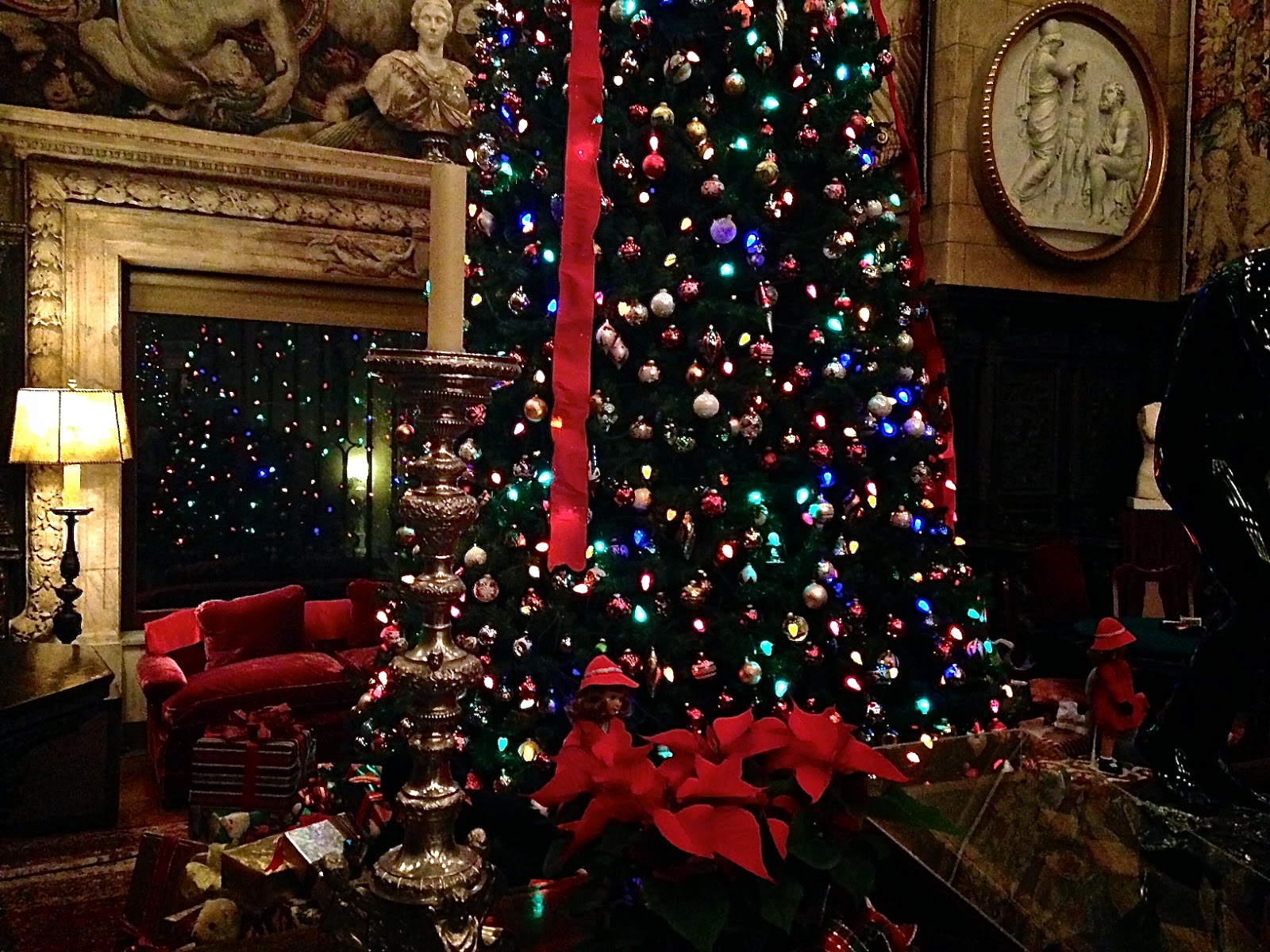 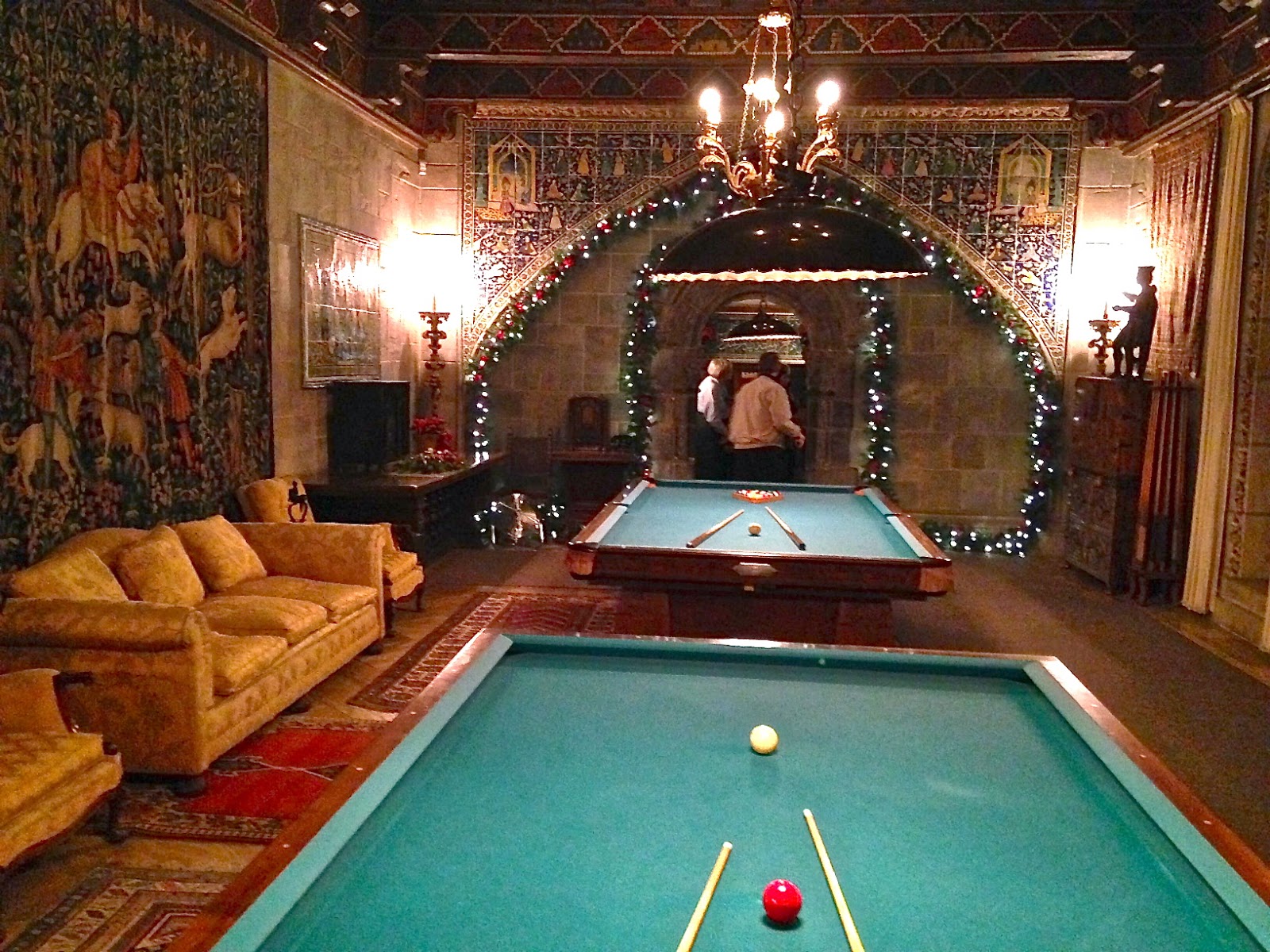 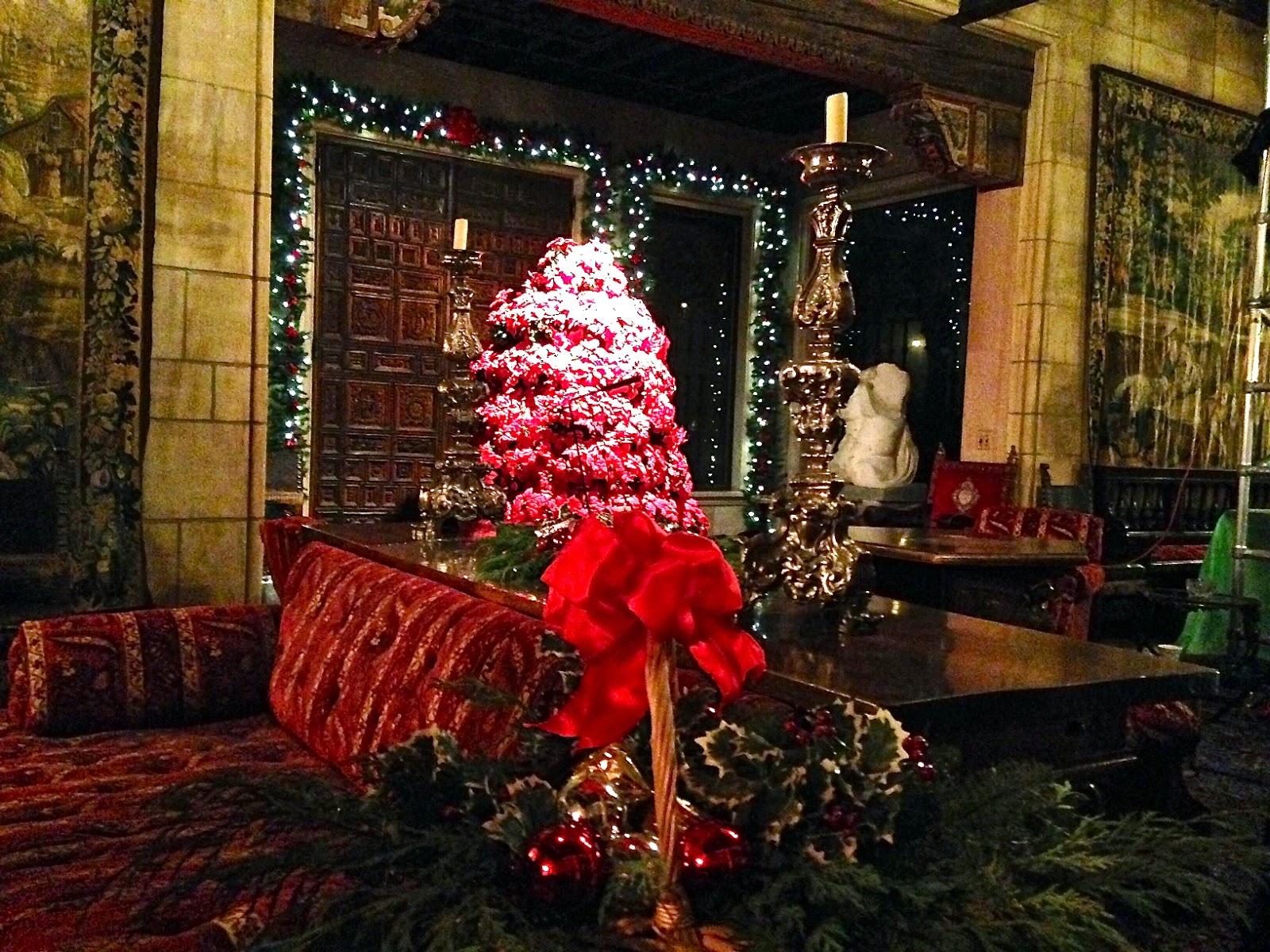 The kitchen is a world unto itself. 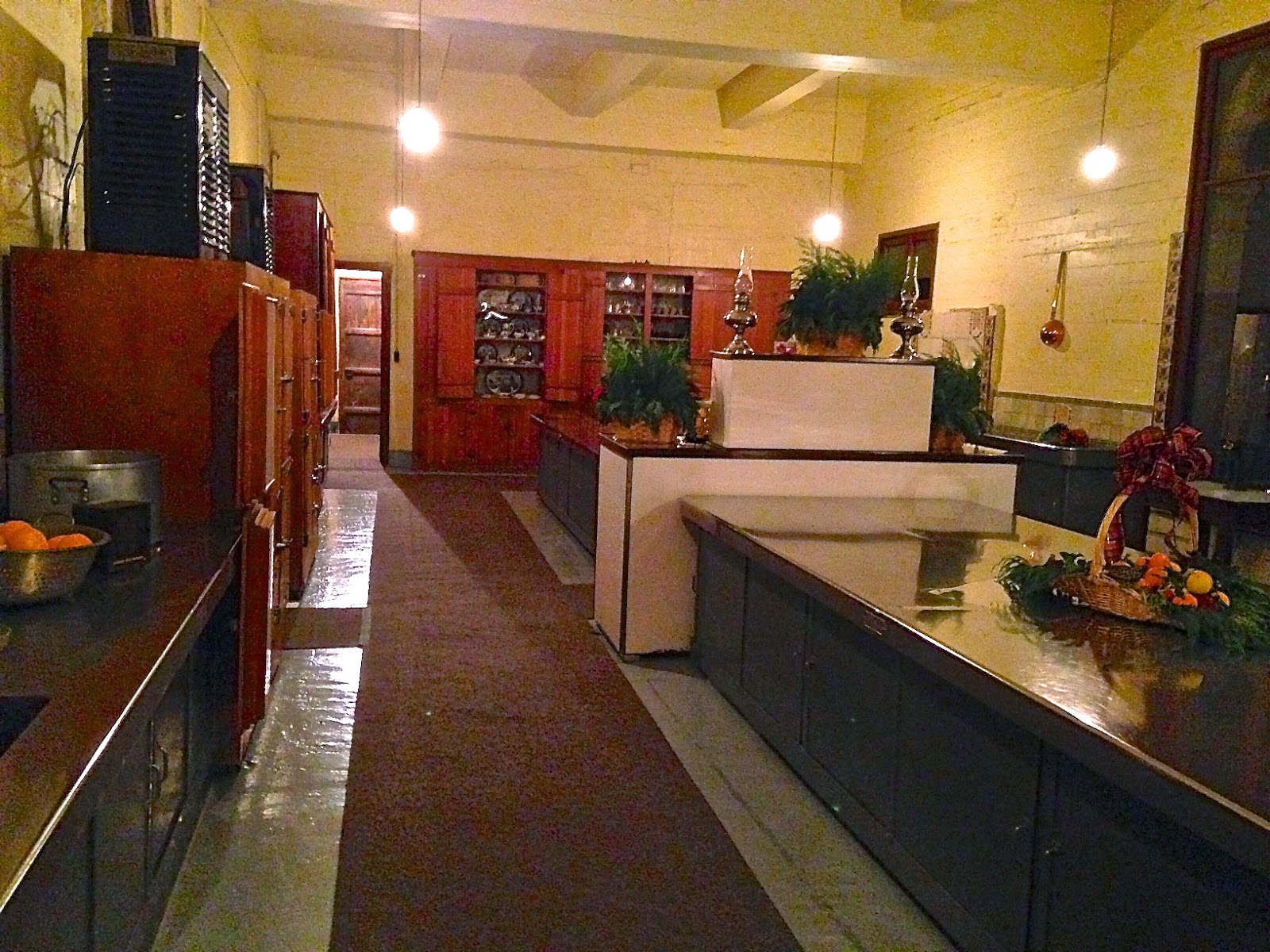 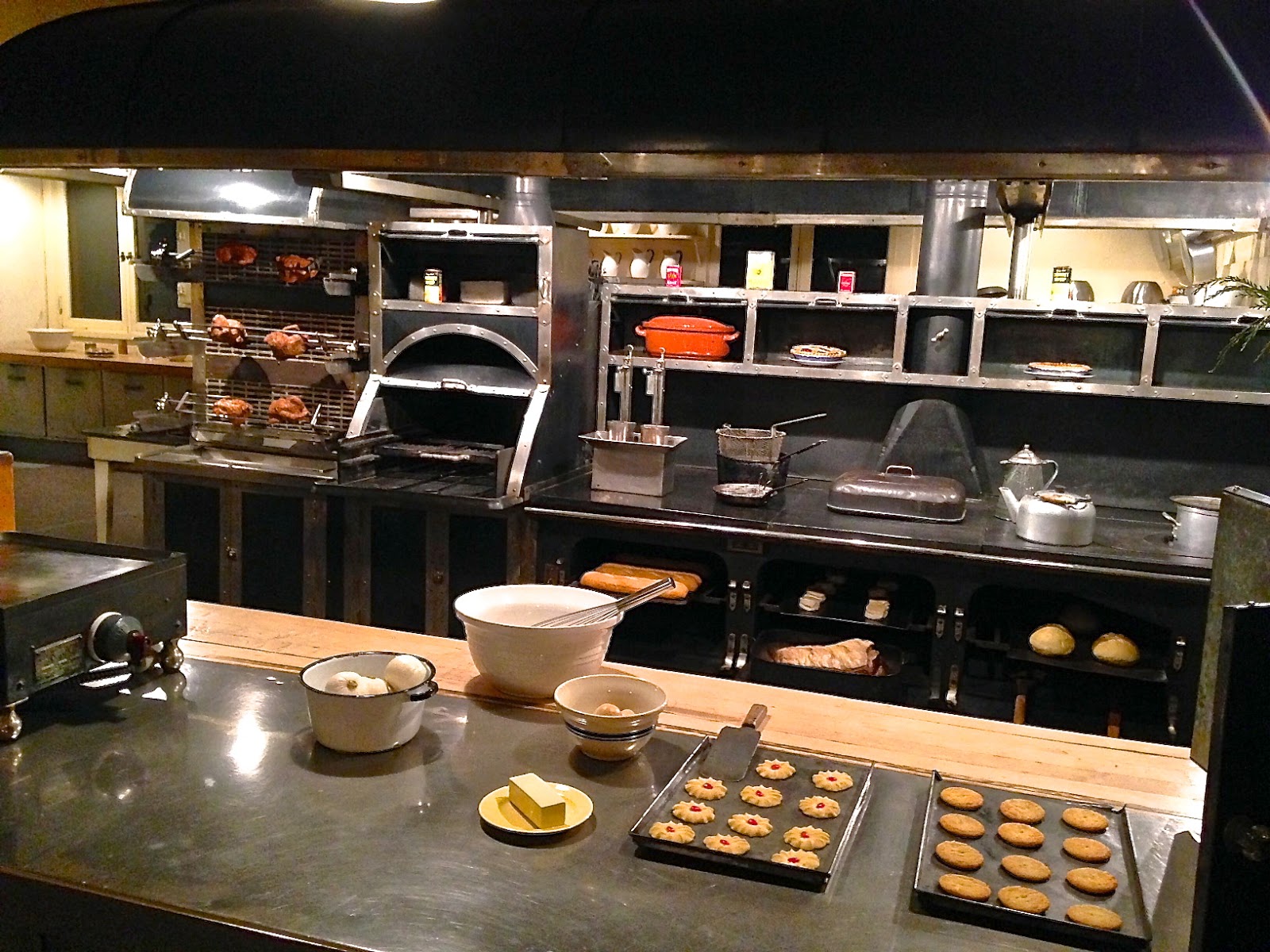 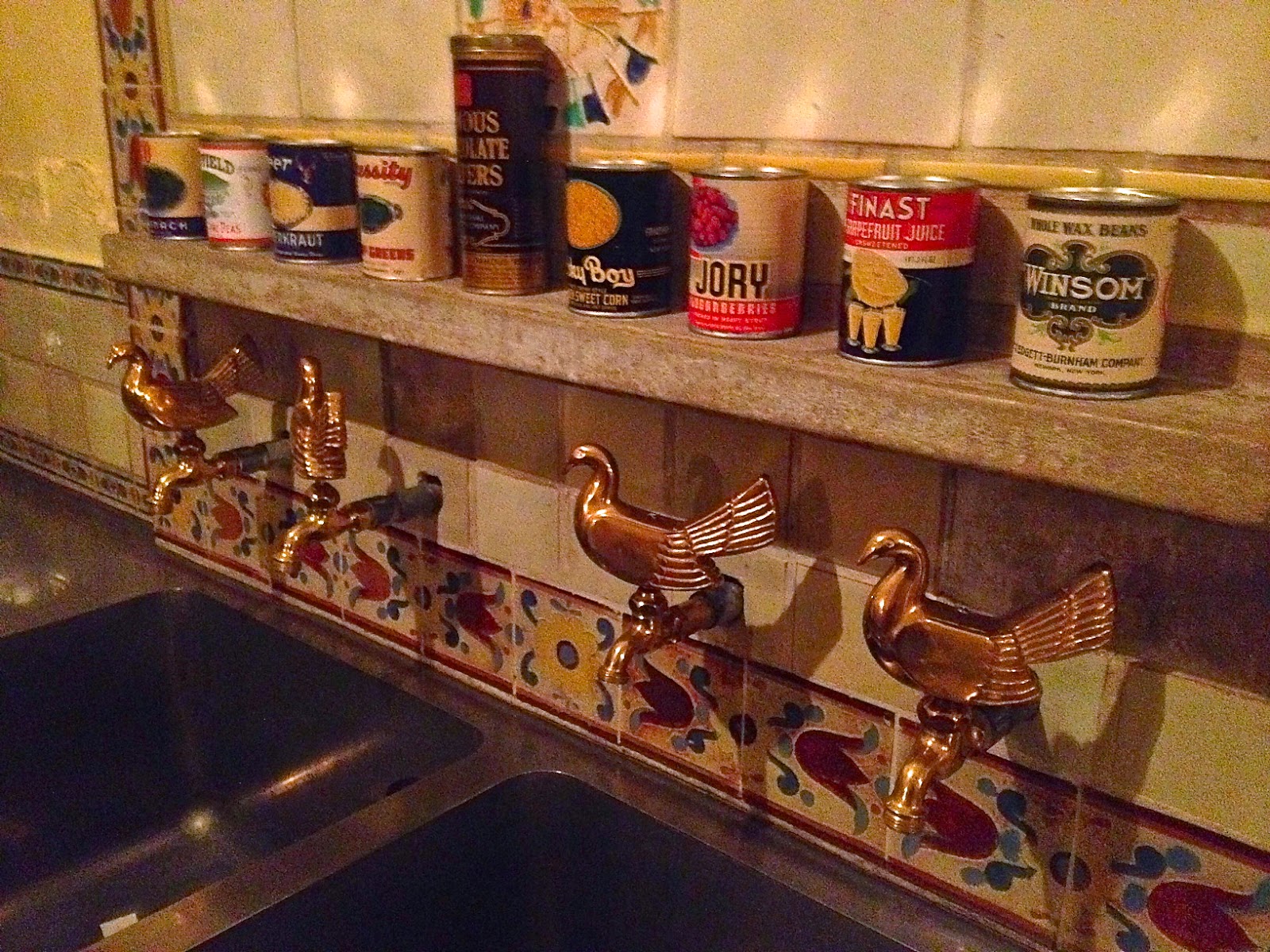 It was a windy and foggy night on the mountain as we moved around the massive grounds. 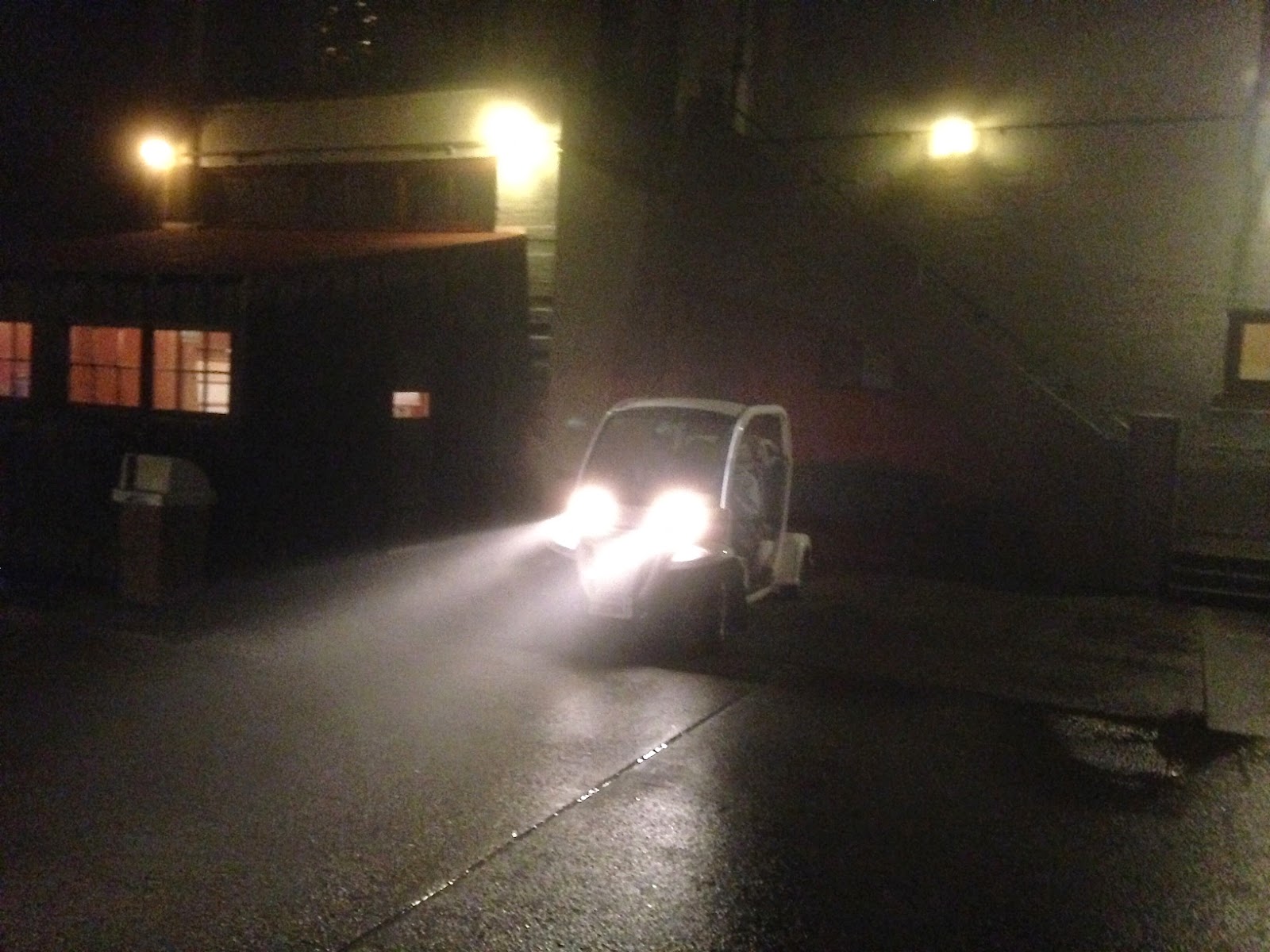 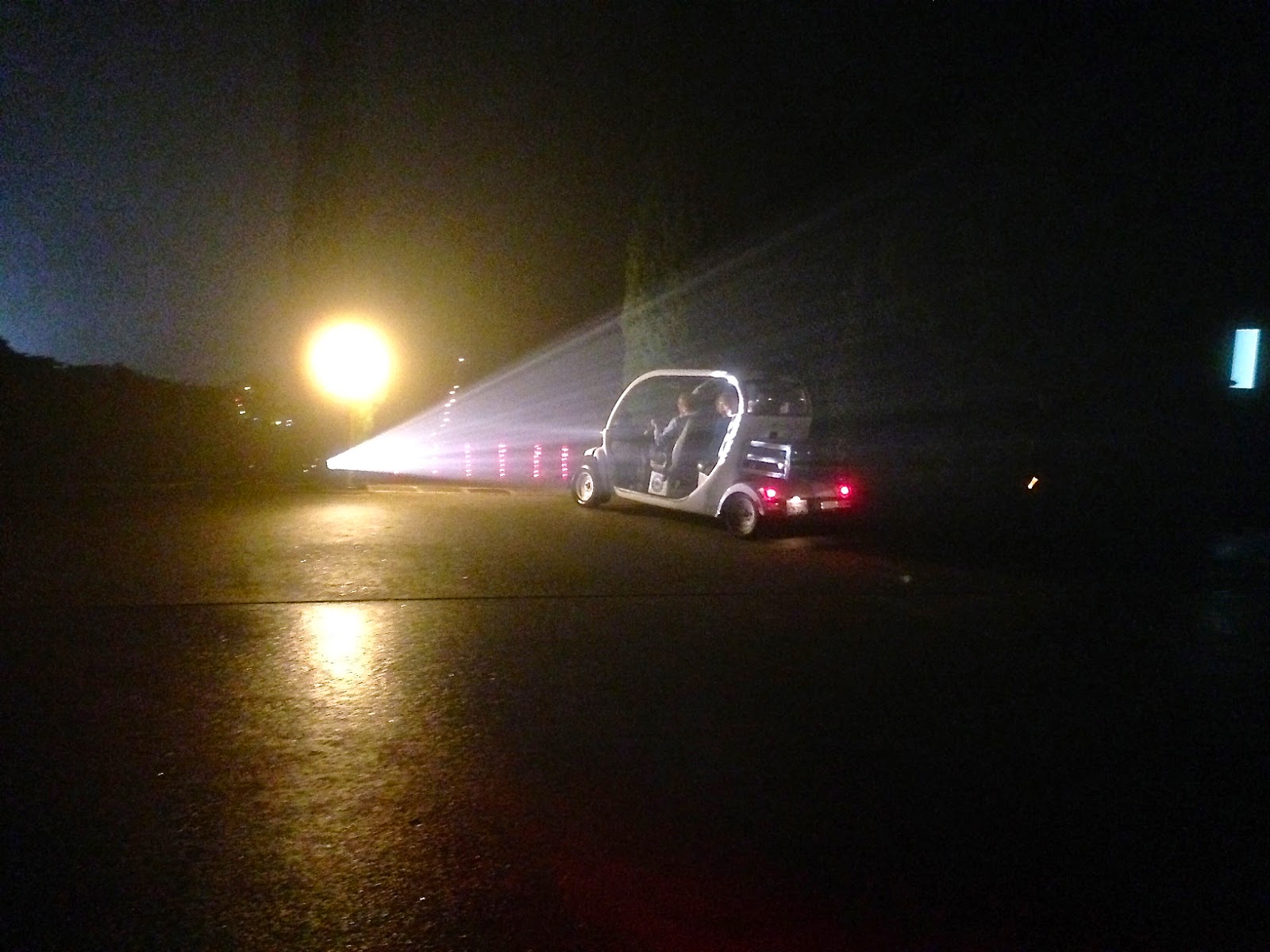 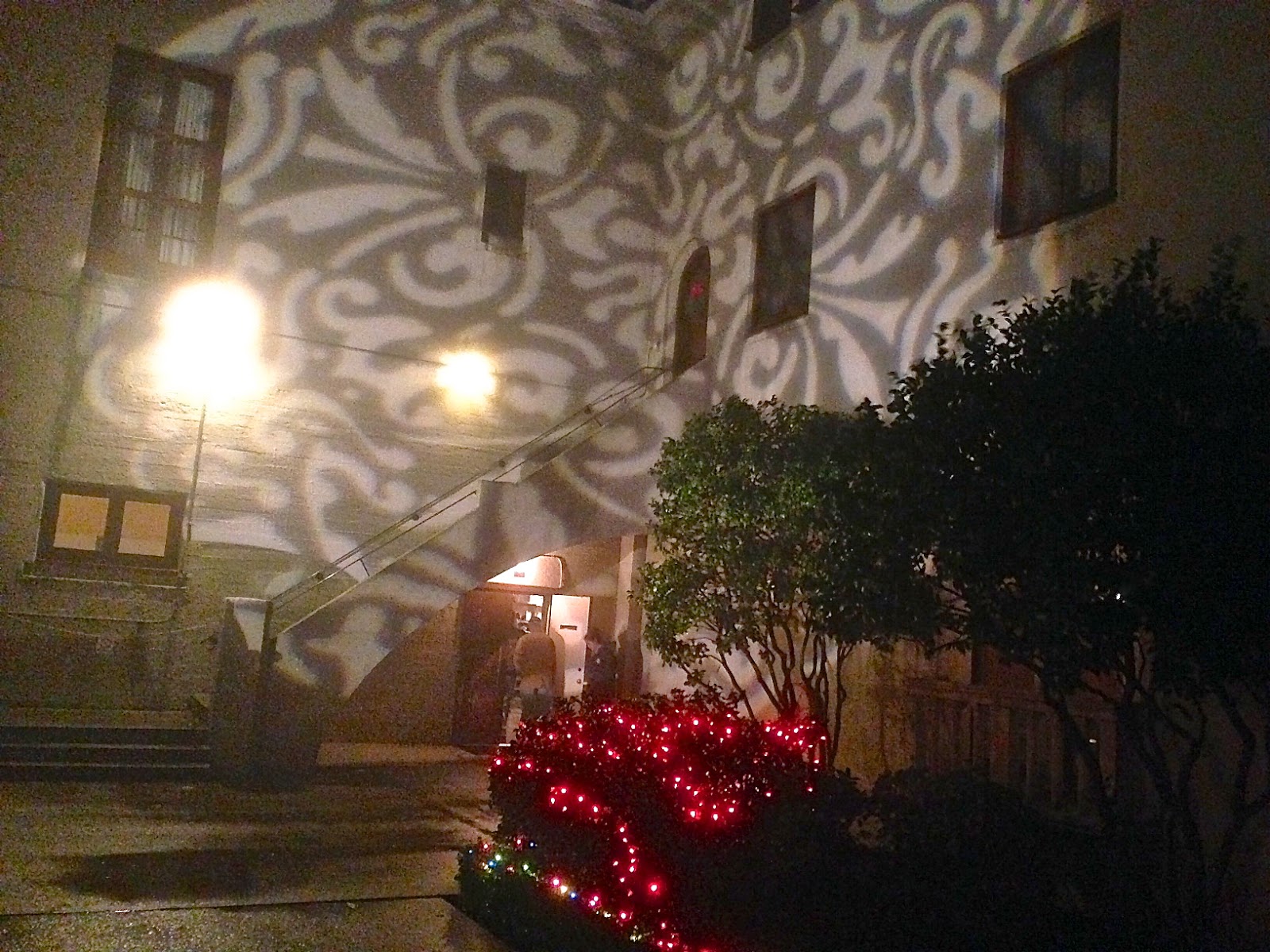 A visit to the indoor pool, beneath the tennis courts,
before our drive down the mountain to reality. 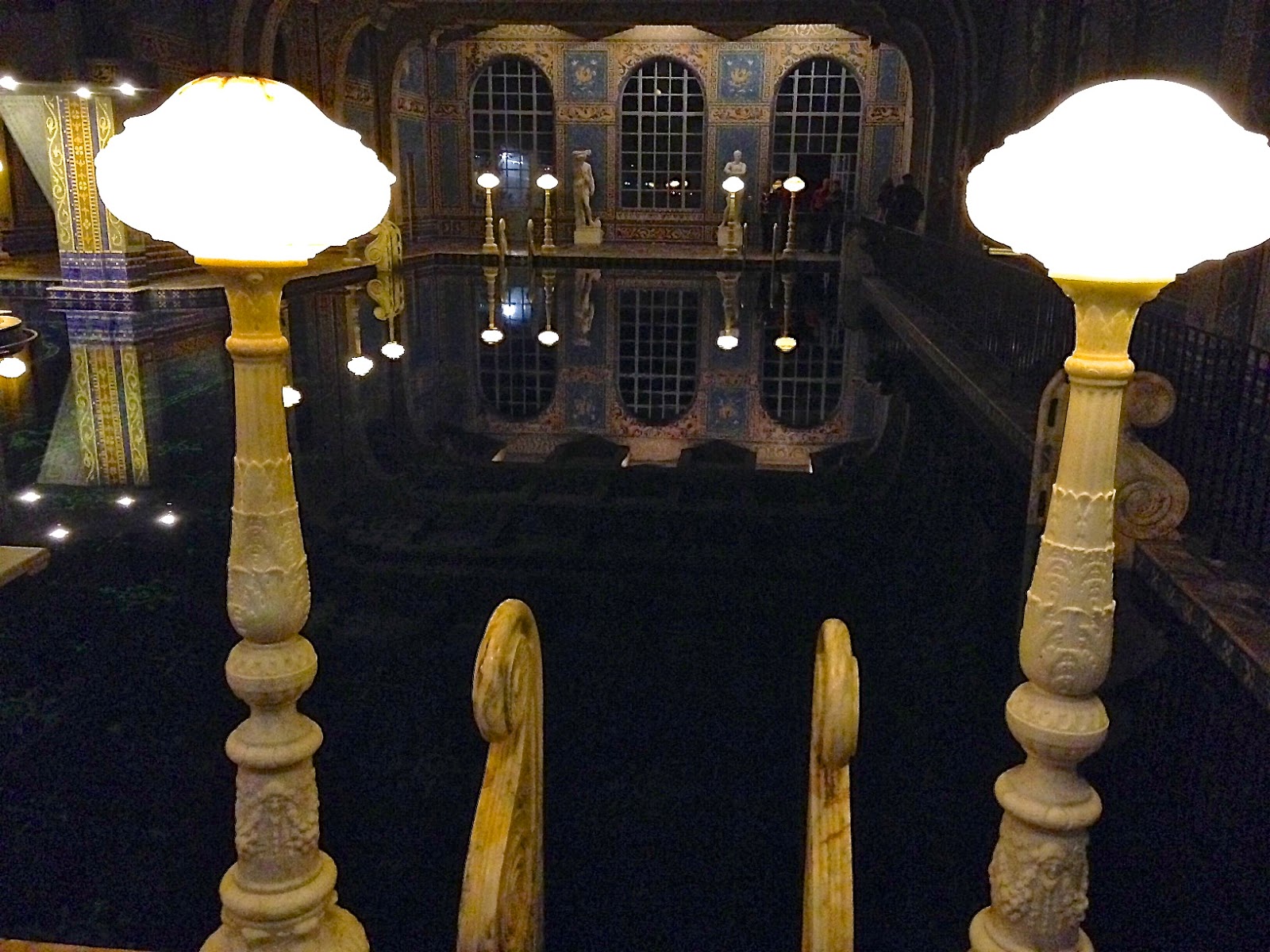 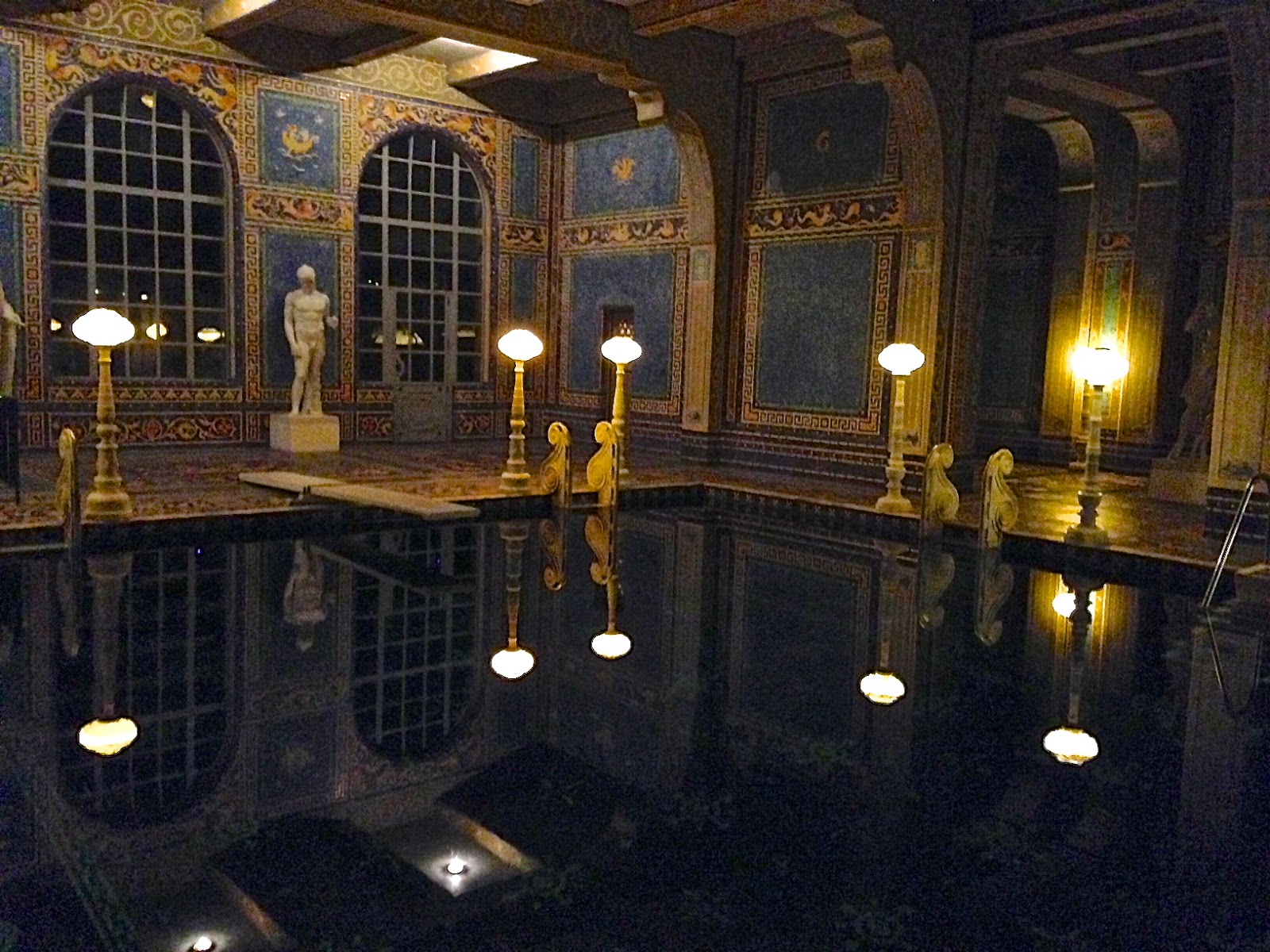 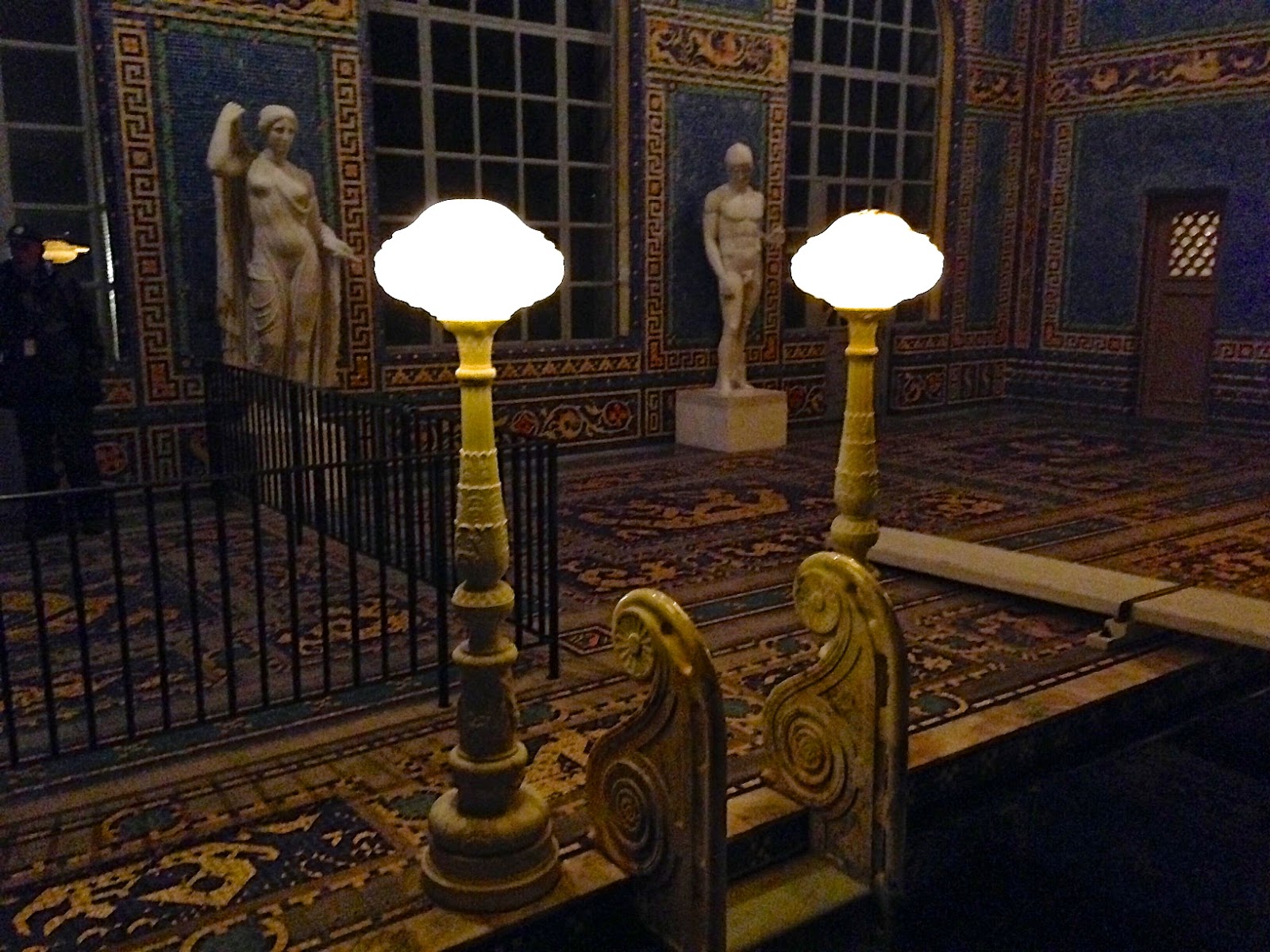 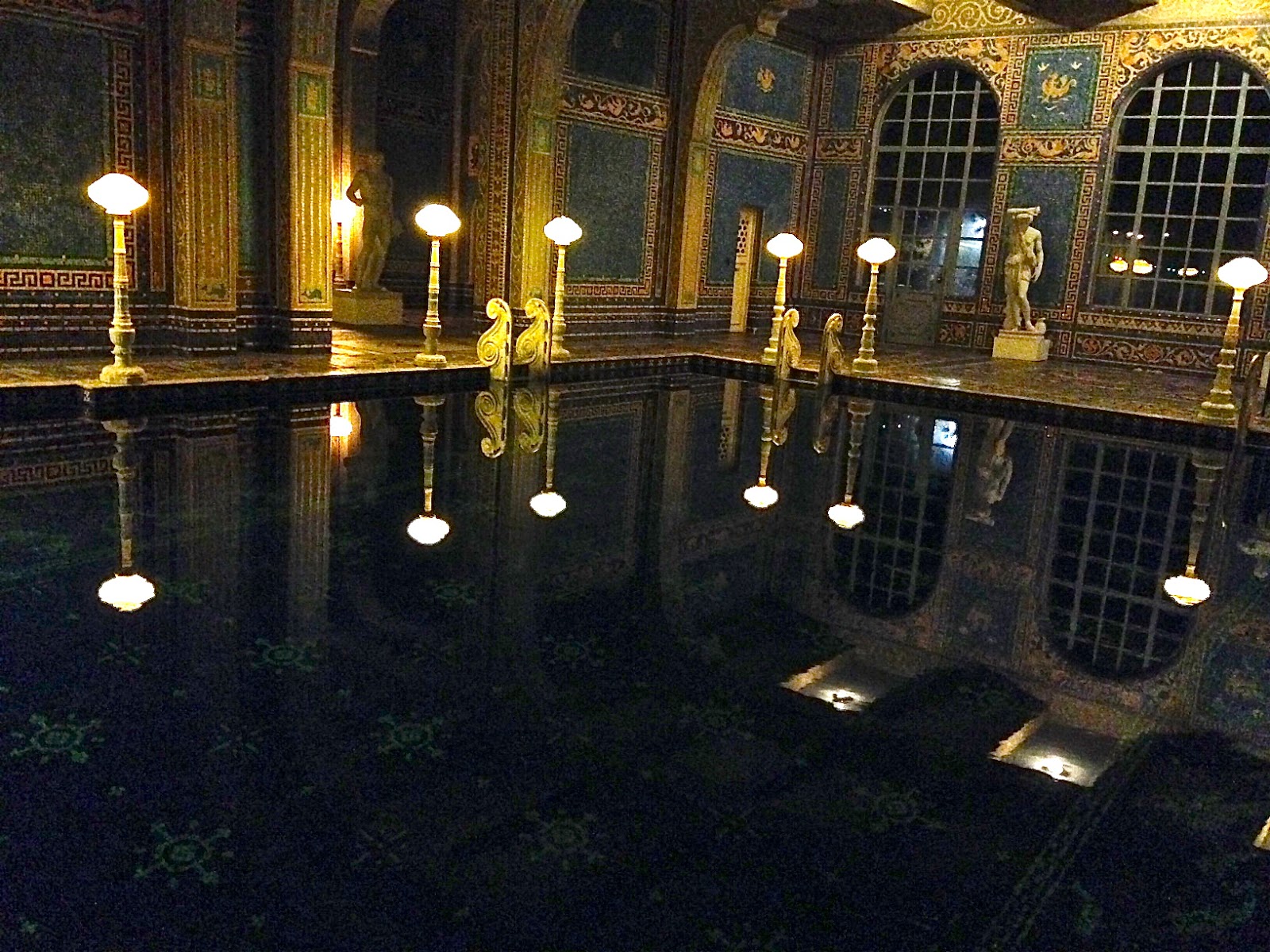 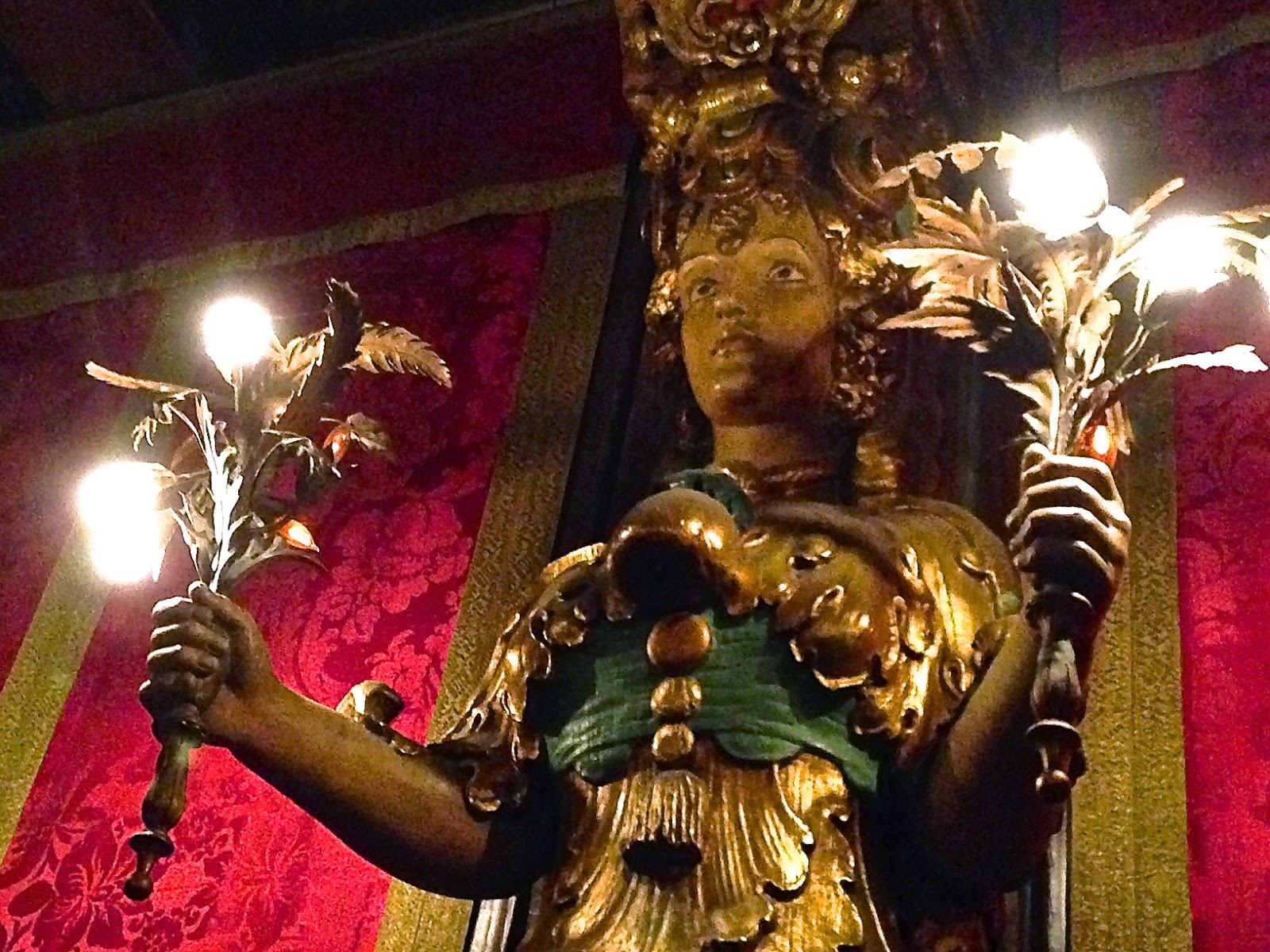 Some nights as I stand gazing at the deep star field arching from the coastal mountains to the wide sea it's easy to imagine that six miles up the Pacific coast the Hearst Castle is a door to another world. Crossing the threshold is magical. 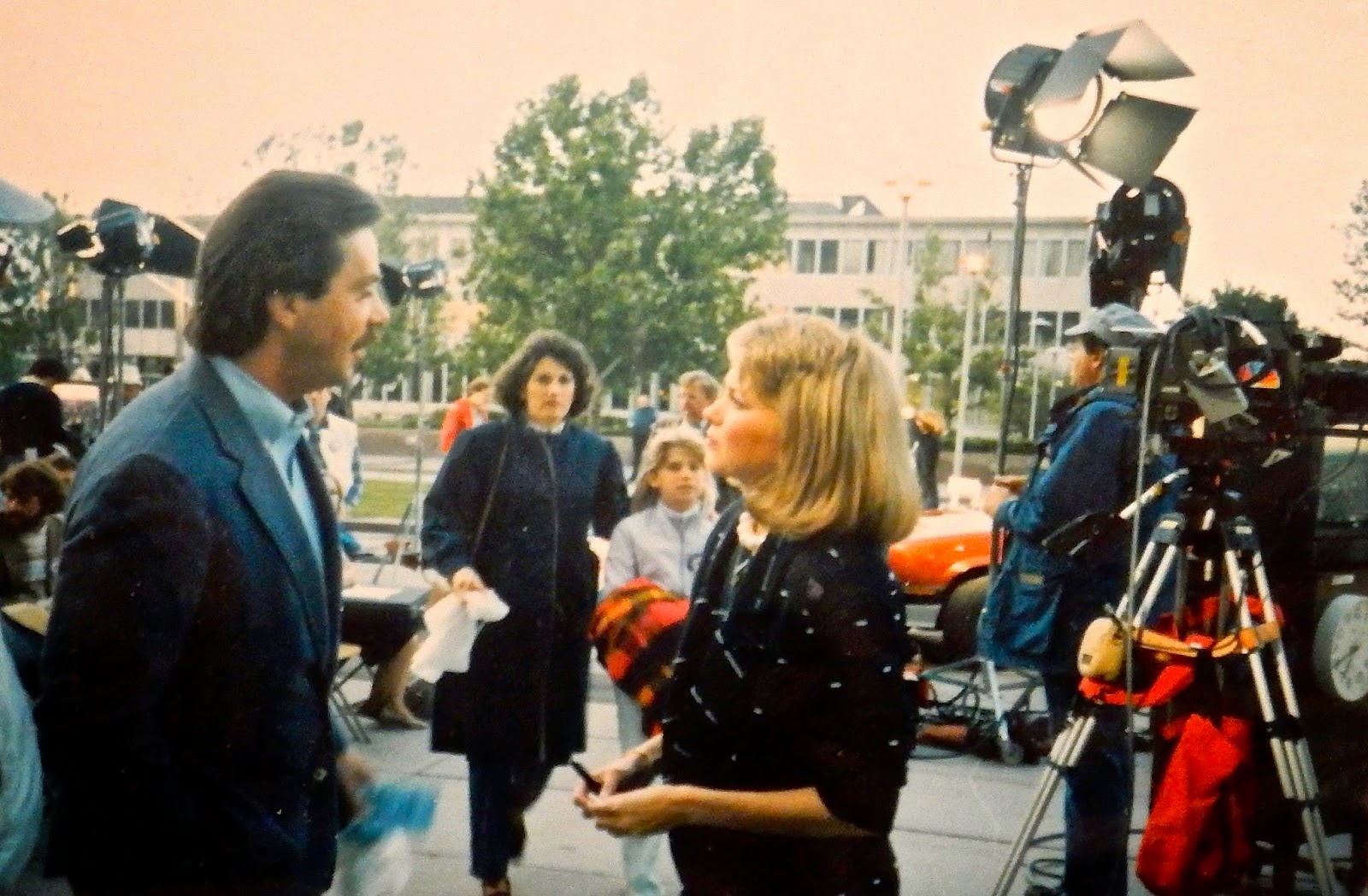 The Today Show broadcast live from Indianapolis in the mid '80s.  As the local NBC affiliate anchor we did live reports around the NBC Today Show live telecast.  During a break Jane Pauley and I chat.  We were friends from her pre television days in Indianapolis.  We shared a high school speech and debate instructor as well.  Jane remains one of the most authentic people who have achieved great celebrity.

HUNGERING FOR MORE?
The Hunger Games Mocking Jay is not as good as the first two films in what has now become a franchise. Jennifer Lawrence is still exceptional as is Donald Sutherland as the contemptible character President Snow. Julianne Moore was especially good in this installment. Woody Harrelson, Philip Seymour Hoffman and Elizabeth Banks continue in their well portrayed character roles. Same for Josh Hutcherson and Liam Hemsworth. Acting is not the issue, it is the thinning of impact and weakening of integrity that happens when a good idea gets overplayed.
Hunger Games was always about being a commercial success, but the narrative theme and social comment woven into the dystopian drama had more impact in the first book and films. Now it is beginning to feel like serial and as good as she is, we know Lawrence is capable of more than the script is giving her.
Still, there are moments. The frightening politics of a too powerful state, of huge economic gaps, of surrendered liberties and a manipulative media are still vivid. I also thought of Syria, Iraq and Libya when viewing the affect of war on communities.
It's time to resolve this conflict, for liberty and justice to prevail and for Donald Sutherland/President Snow to get his smug face and well coiffed beard stomped in the muck, at least. On further consideration, it may be those widening economic divisions that undergirds the sense of justice that flys with the Mocking Jay.

See you down the trail.
Posted by Tom Cochrun at 10:30 AM