A GOLDEN STORY AND A WILD STORY 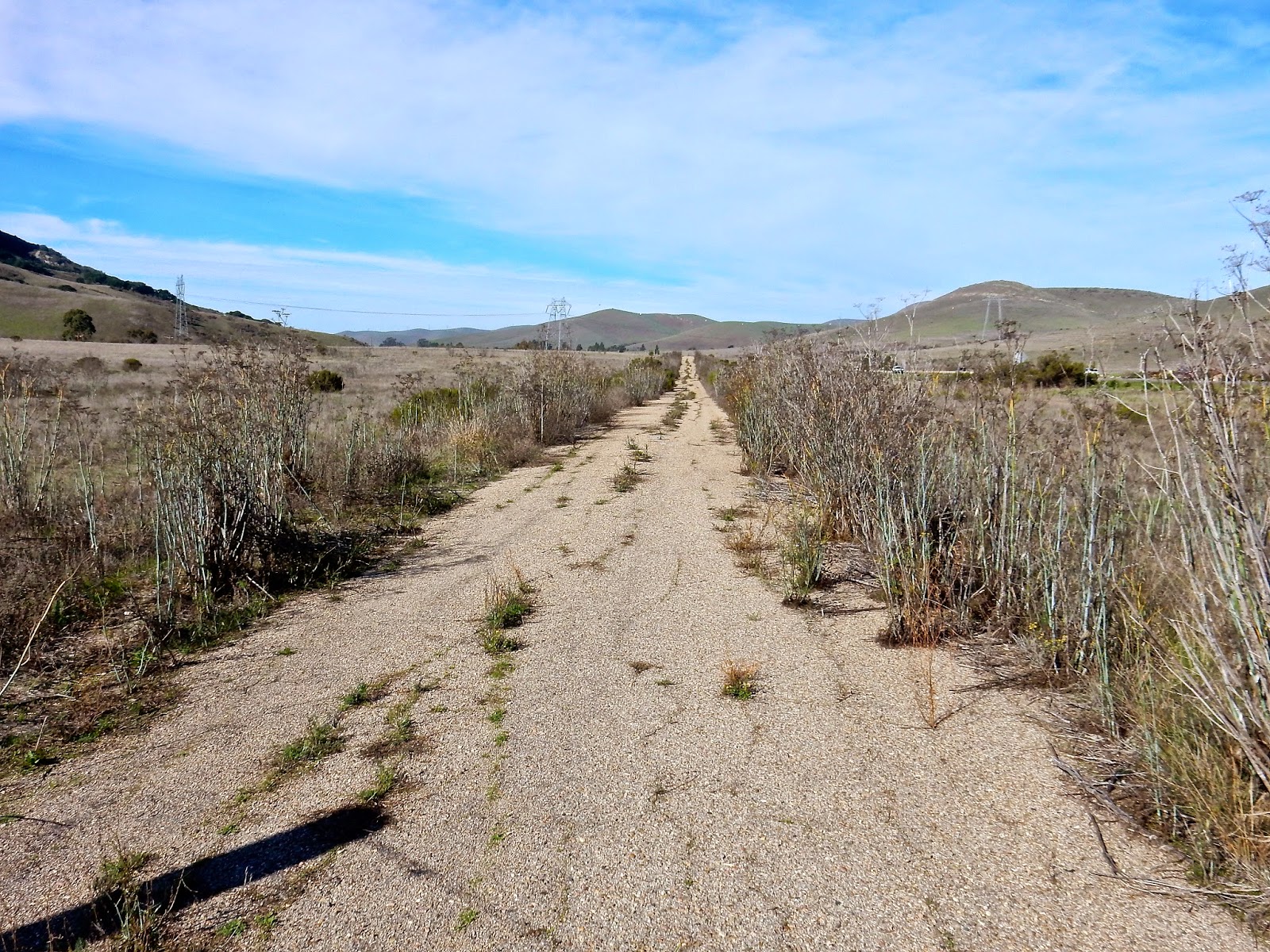 This is an abandoned stretch of the famous Pacific Coast Highway-California Highway 1. It is an appropriate icon for this holiday season post. From the archive we remember the fascinating story of THE California gold mine. This was first posted in 2011. 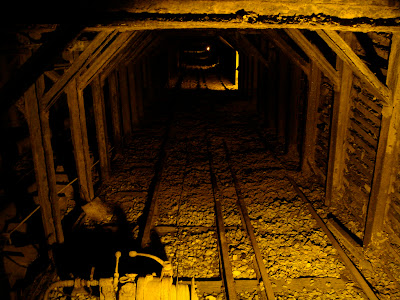 The Empire Mine, outside Grass Valley, is the oldest, richest, hardrock gold mine in California.  This is where the miners started to work, the main shaft that led to more than 367 miles of underground passages. 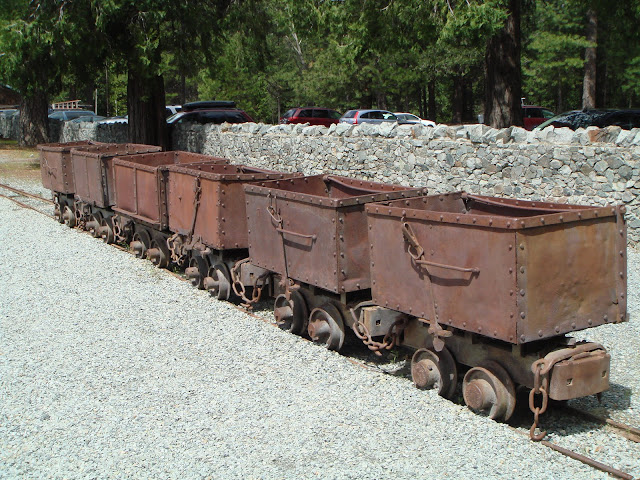 Today it is a state historic site and permits everyone
behind a gate, that separated world of the miner and the mine owners. 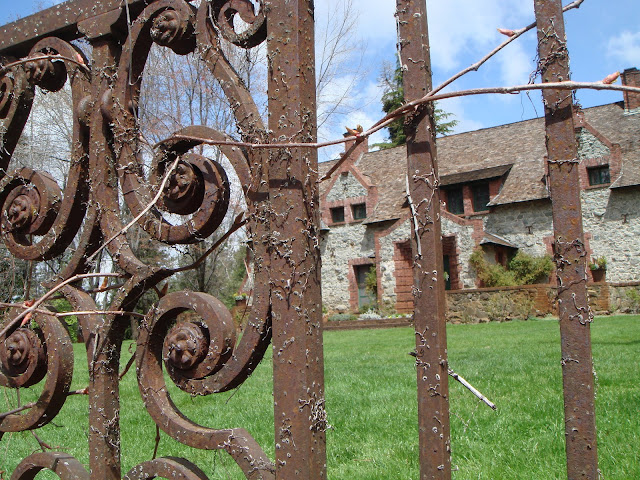 The hard work of the mining was done primarily by Cornish miners.  Over the years 5,800,000 ounces of gold was extracted from the Empire.
When the mine closed in 1956, the incline depth was more than 11,000 feet.  The hundreds of miles of underground shafts and caverns were fully electrified and pumps ran continuously to empty the water.  It was a massive operation and much of the equipment used in the extraordinary undertaking now basks in the California sun retired to the mine yard. It is a kind of "mechanical art." 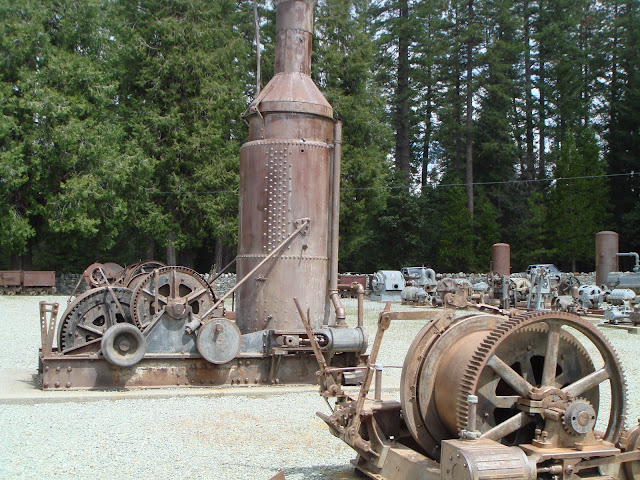 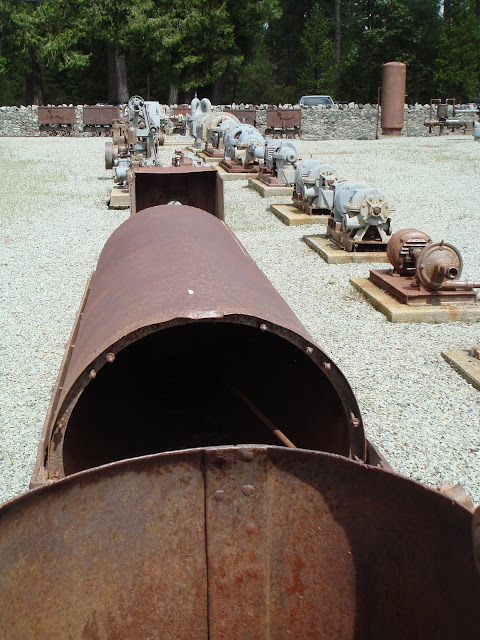 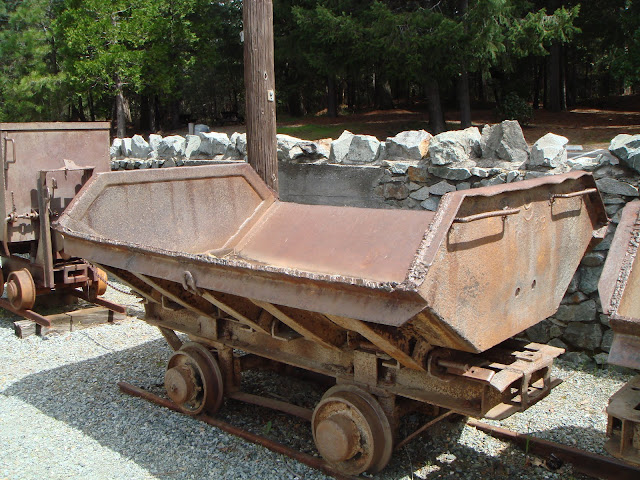 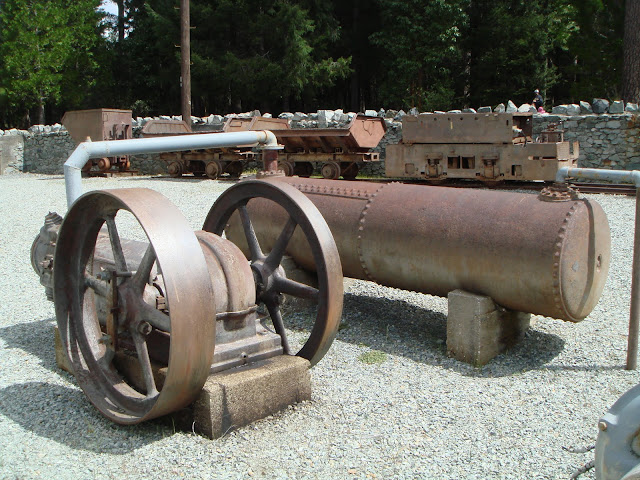 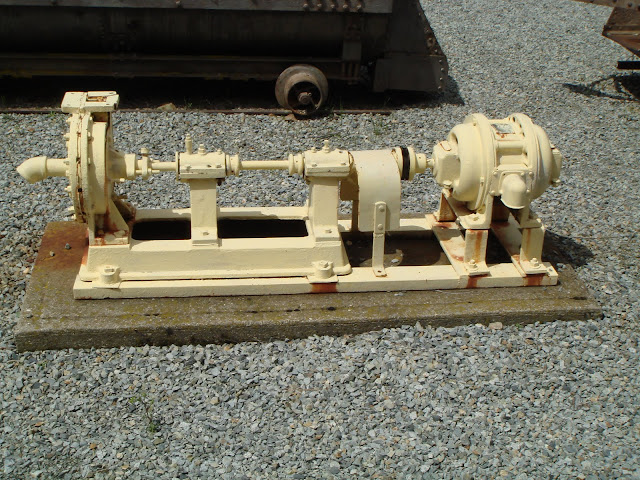 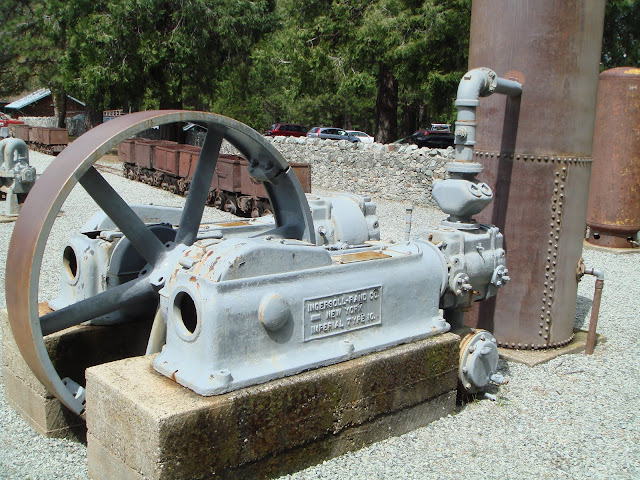 Today, most of the mine is full of water. 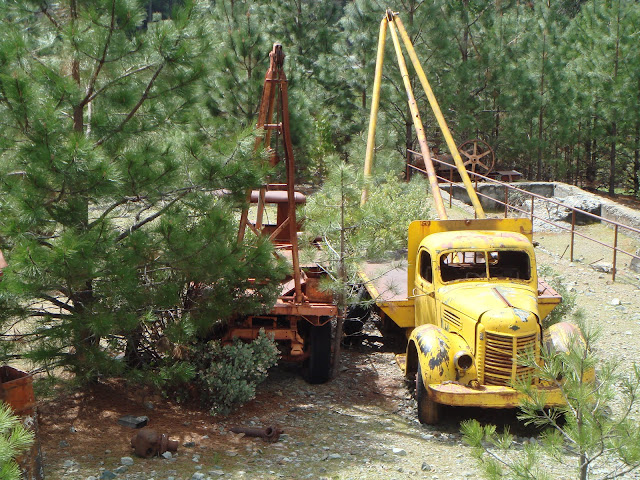 There is a blacksmith shop, still in partial operation 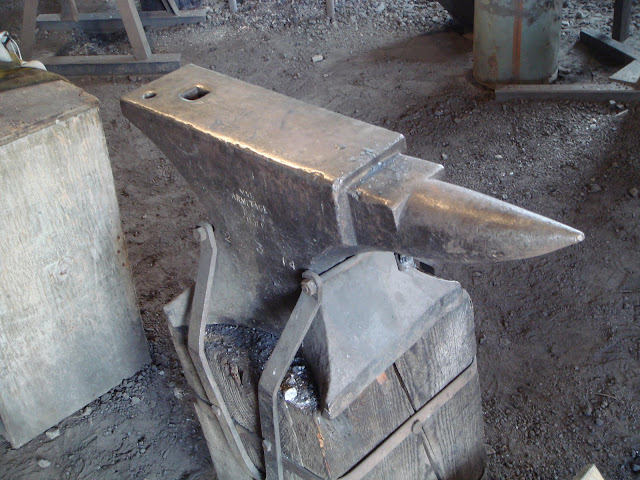 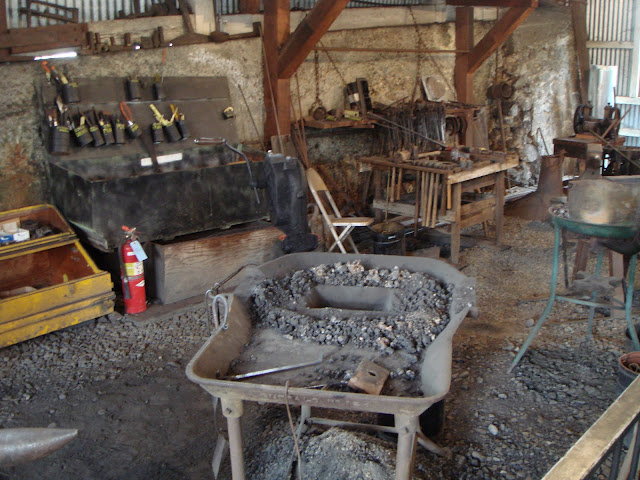 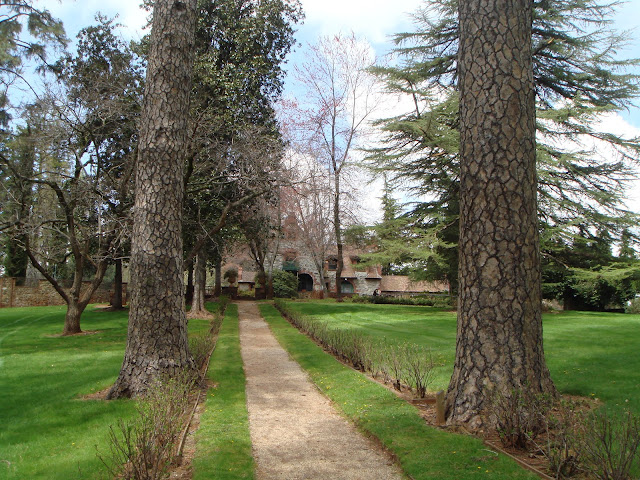 Down the path is the "cottage" and "club house" of William Bourn Jr. who inherited the Empire from his father in 1877.
He had schooled in England so his "cottage and club house" reflect English style. 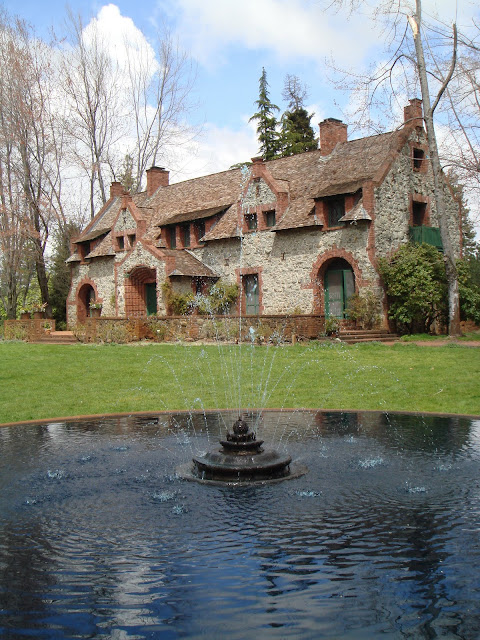 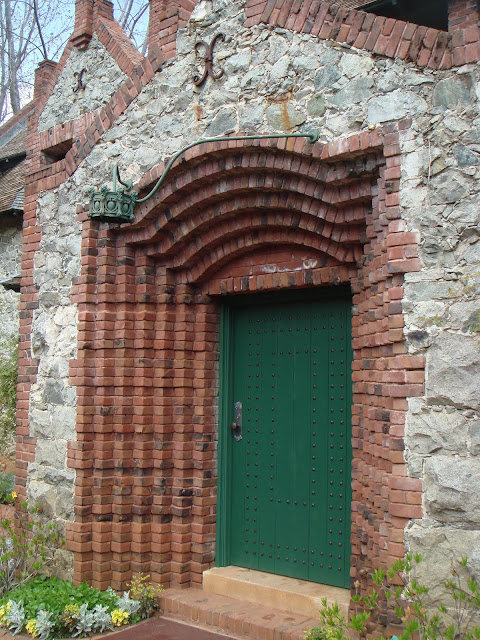 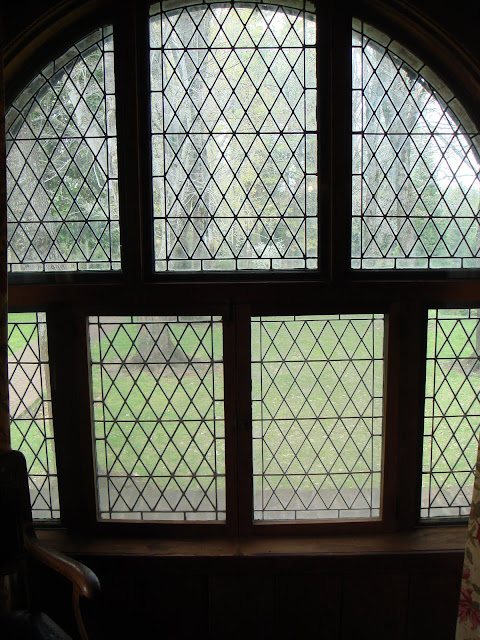 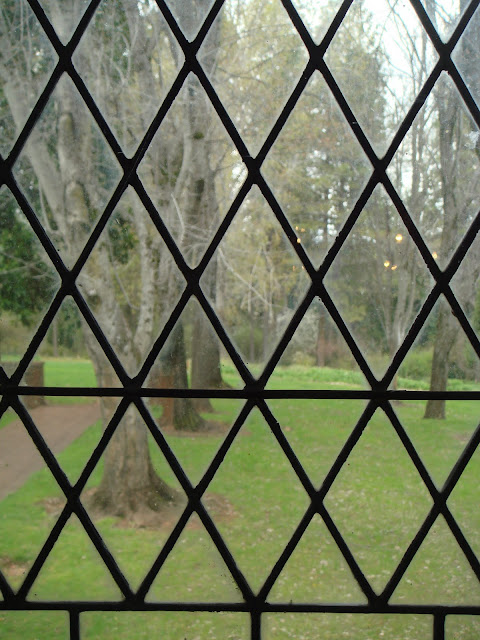 There is a reflecting pool 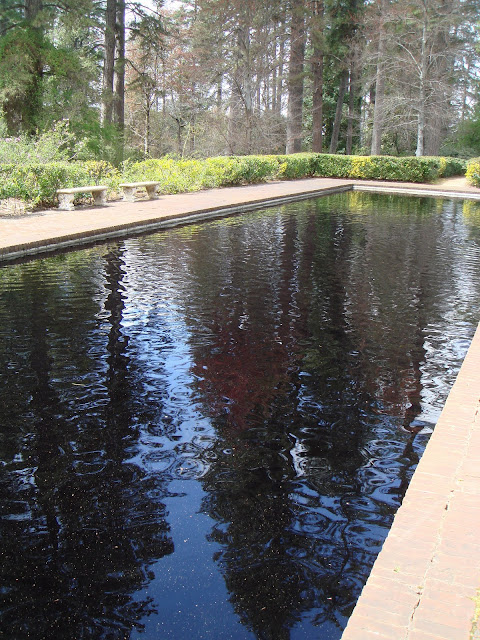 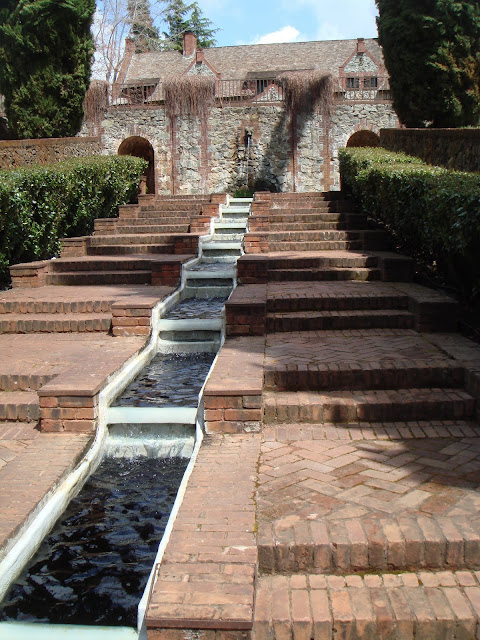 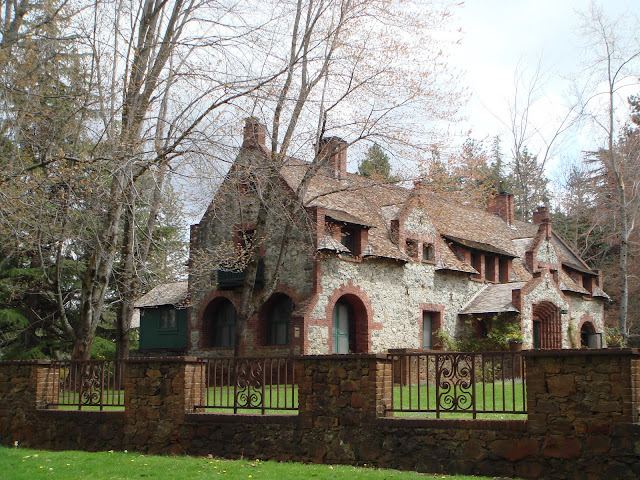 A clubhouse was built for the pleasure of the Bourns and their guests, one of whom was Herbert Hoover. 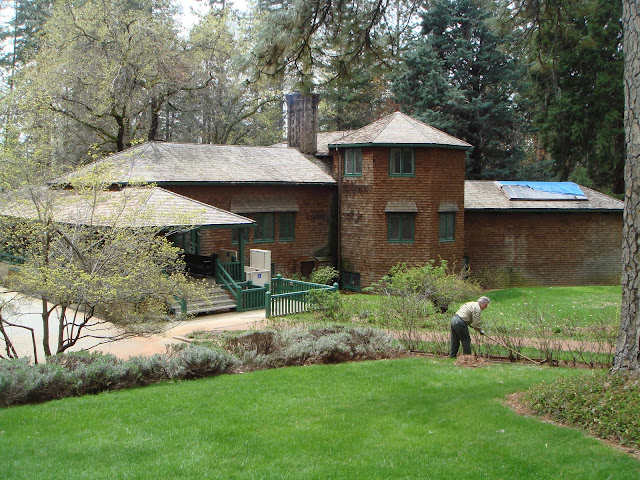 The wing to the right is an indoor squash court.
There is also a bowling alley, guest rooms and a ballroom. 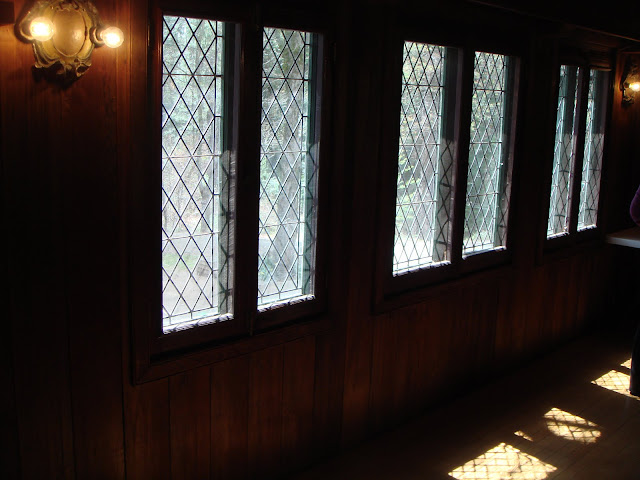 The walls and floor are California redwood. 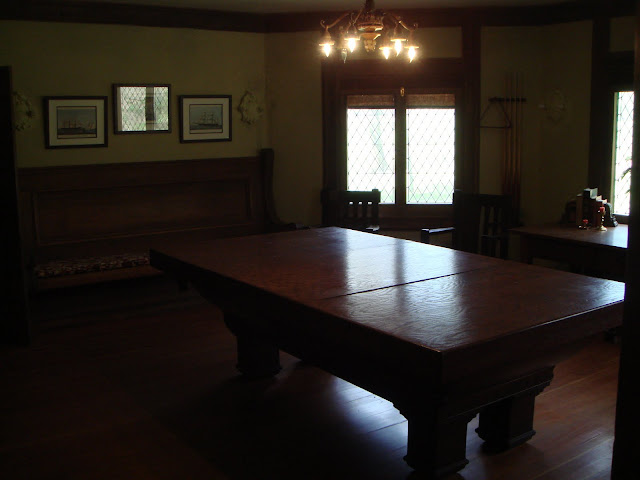 The billiard table remains, but has been covered. 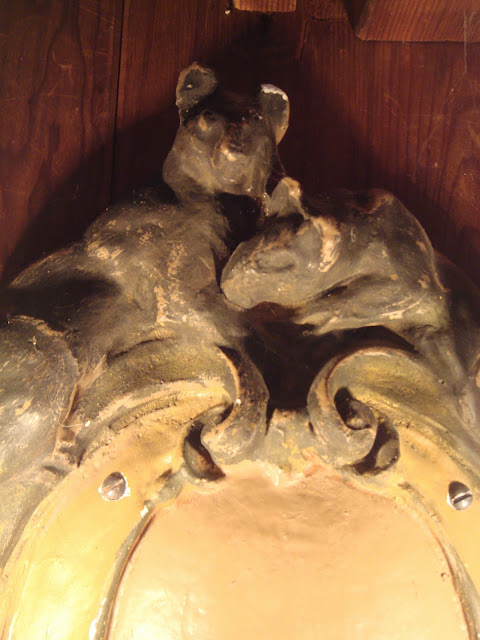 each of the light fixtures is a hand crafted design of what is apparently squirrels.
The grounds also included a tennis court and a badminton and croquet green.
Apparently the miners were allowed beyond the gate and onto the green, once a year for a Miner's Picnic.
The state of California purchased the Empire surface property in 1975 for $1,250,000.  The park covers 800 acres including 750 acres of forest.
The mineral rights remain with the Newmont Mining Corporation who bought the mine from Bourn in 1929.
Some estimates claim that 80% of the gold from the Empire remain in the ground.
If you get to Grass Valley or environs, the Empire is a great visit.

If you read Cheryl Strayed's book, WILD, you know the emotional ride you are in for when seeing the film. People are suggesting Oscar nomination for Reese Witherspoon in her portrayal of Ms. Strayed who seeks to put her troubled life back in order by undertaking the enormous challenge of hiking the Pacific Crest Trail. She is marvelous. So too is Laura Dern, as her beloved but all too soon late Mother.
If you are inclined to weep, as several folks sitting by were, this is a film that may turn on the tears, but it also a journey, both in beautiful scenery and inwardly. It is quite a trip and quite an understanding.  People are right when they say this is an important film.

See you down the trail.
Posted by Tom Cochrun at 8:21 AM