Around America there are running conversations about Aaron Sorkin's new HBO drama The Newsroom.
I posted earlier about the superb "ballistic monologue" by Jeff Daniels as a cable net news anchor in responding to a question about America's "greatness." The truth was withering.
Episode 2 provided its great moment when the same
character opened a broadcast and apologized for the failure of American journalism.  Again Sorkin speaks truth.
Lana asked if seeing the drama made me miss my days as a news executive or news anchor.  It did fire those synapses that John Chancellor, the late NBC anchor, used to call "the fire horse instinct,"  answering the bell.  Seeing the election night scenarios brought back memories of many such nights.  Election night was always the most "fun" and it required a decompressing that only those who have been there can fully understand.
There were other memories, however.  The battle between the head of the news division and the network president over the network's need to curry favors with congressmen because their votes were vital to the network's business interests. It was a scene familiar to me. Been there and done that. Stood my ground on ethics and common sense.  Further comment would do no one any good, except a few lawyers. Some things I don't miss.
Sorkin wrote of something conscientious broadcast journalists have said for years.  The news should be void of sponsors, it should be provided as a public service.  That would help remove it from the tyranny of playing to the ratings. Networks and television stations make plenty of money, even in recessions and they can afford to staff and air news without selling out.  Oh, the budget battles! There's another memory.  Something else I am happy to live without.
It is merely a drama and an entertainment show, but there is truth in this fiction.

DAY FILE
THE ROCKER IN SHADOWS

As the afternoon light was beginning its transition to
that magic "golden hour" I noticed how the oak rocker in
my study was being lit and how it was caught in and cast shadows.  A perfect lightbreeze moment. 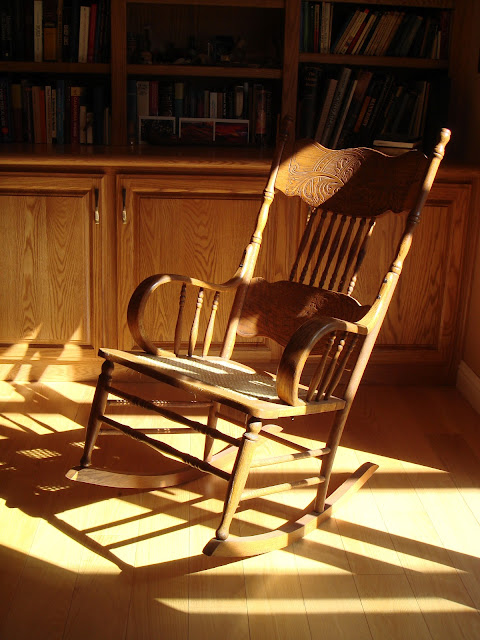 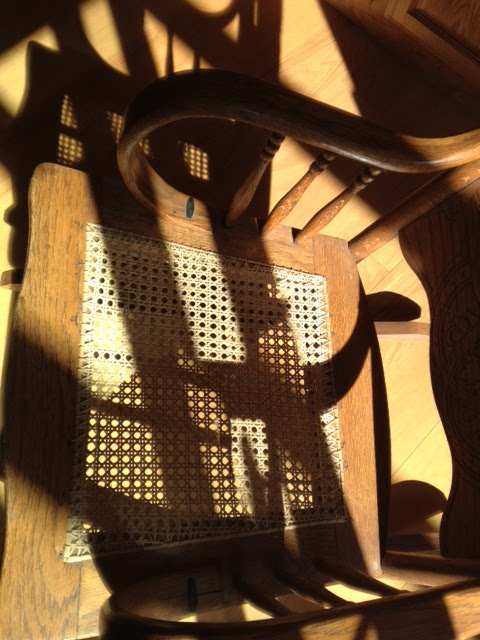