ARE YOU REALLY SURPRISED?

It was almost like being in a newsroom with alert bell rings. Friends and former colleagues from around the world forwarded or texted information about the latest poll data that shows America's trust in the news media hit an all time low.
As a former news director slugged his forward-"duh!"
My response, and in fact the attitude of many veterans of the news wars, is pretty much the same-why are you surprised? Watch any cable net and the morning news programs on the broadcast networks and it's obvious why viewership and trust are down. The product is terrible and getting worse.
The 24 hour news networks are at their best when something needs covering.  Breaking news, pending votes, onset of disaster or war, the kind of event that needs constant attention.  Remove that need and you have 24 hours to fill and, sadly, instead of deep investigative or explanatory reporting the time is filled with hot air and gas bags.  And it is all done with such hype and breathlessness as to be a caricature of itself. So many of the on air talent are self conscious and self absorbed you'd think it is all about them.  Oh, sorry, of course it is all about them.
The broadcast nets still offer a decent product on their marquee evening programs, but not as good as they used to be when issues mattered more than celebrity and pop culture.  Foreign coverage on the American nets is abysmal.
Too much of the "reporting" in Washington is recycling the
spin product of media manipulators.  The current White House press corp is a pansy assed cartoon compared to a generation or two ago.  Dan Rather is reported to have said to a lying and prevaricating Ron Ziegler, "you either talk to me or I'll kick your ass."  That doesn't happen any more.  Heavens, you might not get invited back to the next social.
The network morning shows are hardly news. How can you justify talking about the latest network drama, or contestant show as being "news?"  Those shows are full of hype, shill, gossip, chatter and drivel.  CBS is trying something a little more solid and I hope it works.
Broadcast nets with 30 minute evening programs caught in a 24 hour news world where Cable nets talk and hype and puff, morning shows that care more about ratings than information and networks that stake out ideological positions, what do you expect?  So, no one should be surprised by the low confidence and respect level.  They don't deserve respect.
And a final thought poached from a friend who has managed presidential and senate campaigns and who has advised major corporations and governors.  Much of the proof of the under performing of the news media is the state of government today.
The quality of the House and Senate and their legislative record, the ethics of the membership, the rampant power of lobbyists and special interests all reflect a media that has lost its way. Where is the watchdog role?  Sadly the gruff old watch dog of the public's good has been replaced by a lap dog sitting on a millionaire news talents lap being fluffed and pampered with the same care and devotion that a Khardashian gets.
DAY FILE
ODD GARDEN SCENES IN CAMBRIA 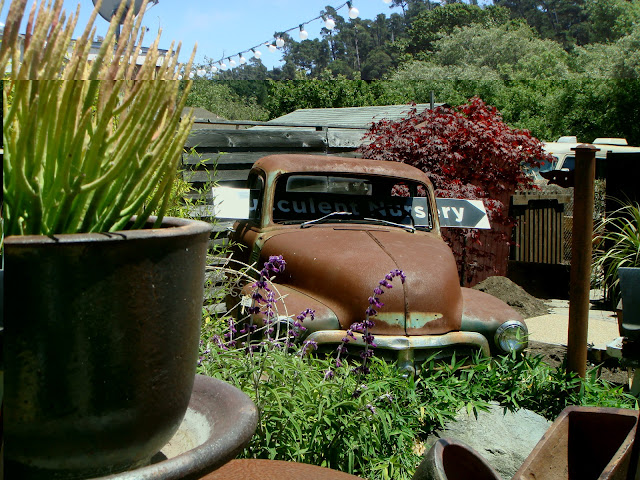 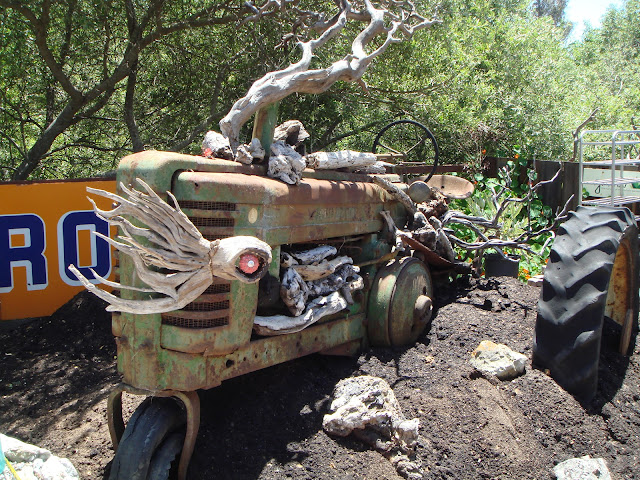 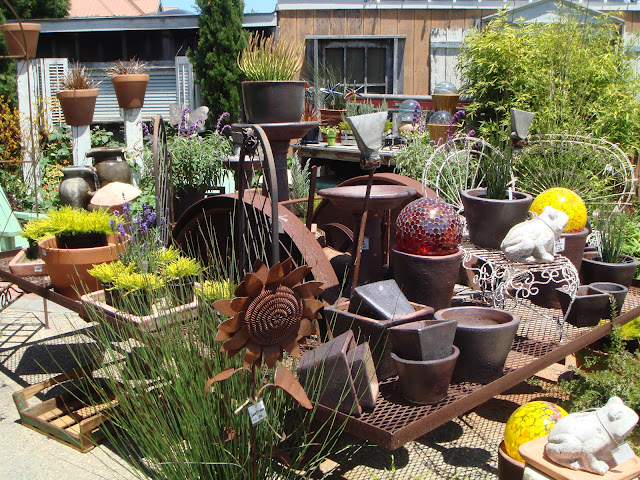 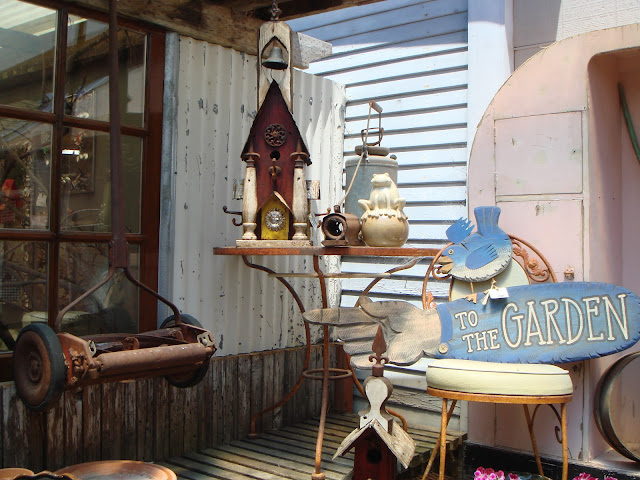 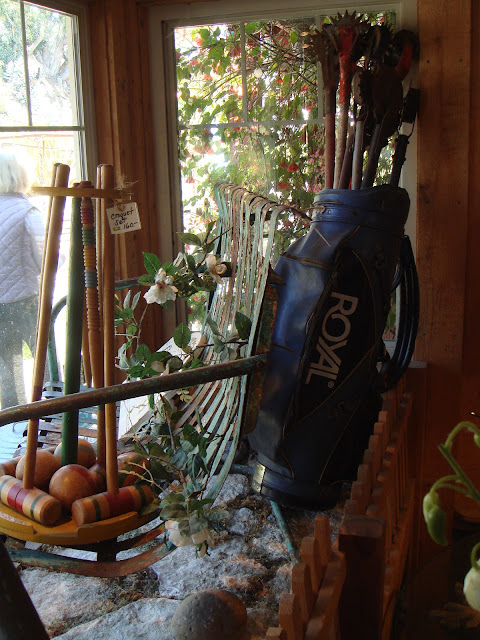 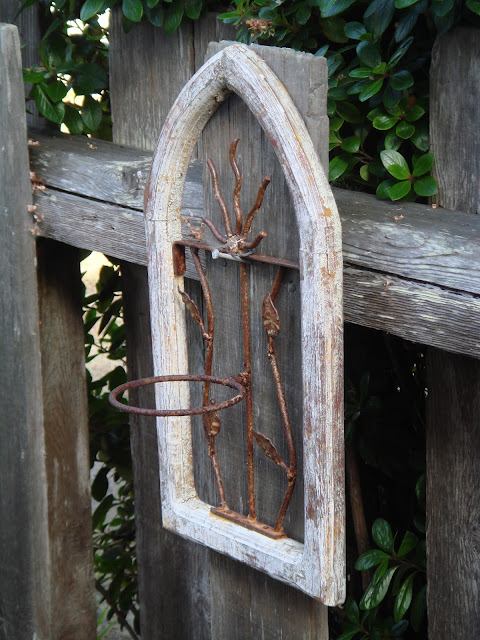 I know this is a plant holder, but at its height on the cross bar of a fence above a flower bed it looks like a backboard for gopher basketball.
See you down the trail.
Posted by Tom Cochrun at 1:40 PM