THE PERFECT CANDIDATE? & I'LL TAKE AN OXYGEN STRAIGHT UP

A CANDIDATE FOR THE FUTURE

For years my Walter Mitty imagination kicks into high gear while in the shower. Not sure of the connection, but it's a place for great creative thinking.
So, today I became the perfect presidential candidate, or conjured the qualities of one. What are the characteristics?
A person who says the election is really about judgement, facility of mind, integrity and clarity of vision.
It is OK, absolutely OK to say that a mind can be changed. It is a sign of higher human reasoning, to do just that, reason, think about and even change your mind on an issue.  That is not flip flopping. Flip flopping is prevaricating or obfuscating. Reasoning is a good thing, this perfect candidate would tell the press and voters.
It is asinine to presume to look for a man or woman "who has all the answers."  Those answers can come only through study, deliberation, consultation and a sense of history.  So, as perfect candidate, I'd say so.  I'd outline general principles, a foundational construct of values and delineate the names of policy experts, scholars, historians, political scientists, economists, military strategists, philosophers, theologians, artists and entrepreneurs whose advice and counsel I'd seek and who would shove back at me, while testing and forging my ideas.
I'd also be upfront with the voters and say, despite what my grand goals or visions might be, the reality of my Presidency would be determined by what happens in the world and through a kind of dance and/or wrestling match with the US Congress.  I can propose, but the truth is, what really happens is a result of the process of working and living with the other branches of government while confronting what ever nature, fate, Providence and other humans as individuals or as nations foist upon us all.
So, the heck with gotcha games, playing to opinion polls, letting speech writers and strategists put words in your mouth, or worse, in your mind.  The heck with fanny kissing the big dollar fat cats or super pacs. We'll tell Americans what they are really doing is choosing a human being, who evinces qualities of leadership and judgement, who is ready to sacrifice for the common good of all, even those who will hate and vilify you. They will have a chance to vote for someone who is steadfast, honest, candid and wants to see a better day for all.
Yea, you go boy!  Then I turned off the shower.
MAKE MINE PURE 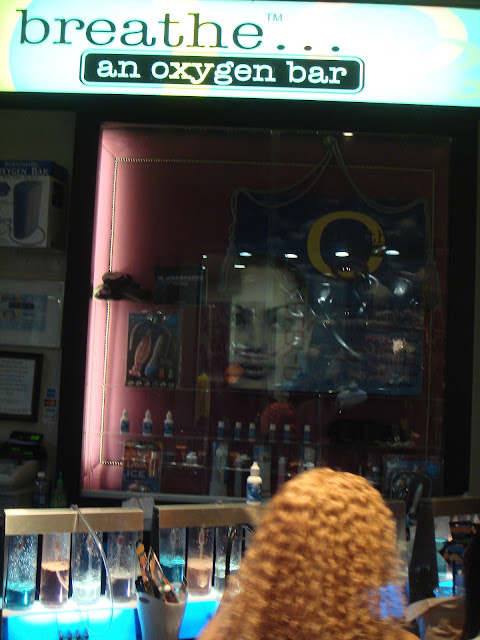 Have you been to an Oxygen bar?  I caught this one on a
recent odyssey through Las Vegas.  They are all over the place and in some communities are as popular as coffee shops.
You pay the "bar tender" and you get a few hits of Oxygen, in a flavor or color of your choice.  Just in case
the air you are breathing is not enough for you, you can
buy some.  Yep, we can now buy and sell the air we breath. 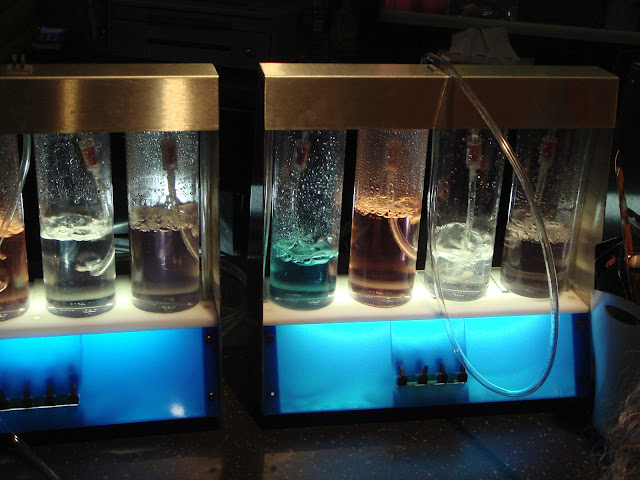 See you down the trail.
Posted by Tom Cochrun at 11:19 AM