AN ENCOUNTER OF
THE EXPLOSIVE KIND

Scientists and meteorite hunters are scouring over Lotus Park California in El Dorado County. They are looking for debris of a minivan sized meteorite that exploded Sunday night over the Sierra foothills.
The blast had what is said to be one-third the force of the Atomic bomb dropped on Hiroshima. Recovered pieces are reported to be 4-5 billion years old.  It is a trove for scientists and maybe writers too.
Remember all of those B grade Sci Fi movies of our Boomer youth?  They always seemed to play out some place in California.  (Of course we grew to understand that is because it was close to the studios and cheaper to film)
Still, there may be a plot brewing as the search for
meteorite pieces continue.
DAY BOOK
SPRING BOUQUET 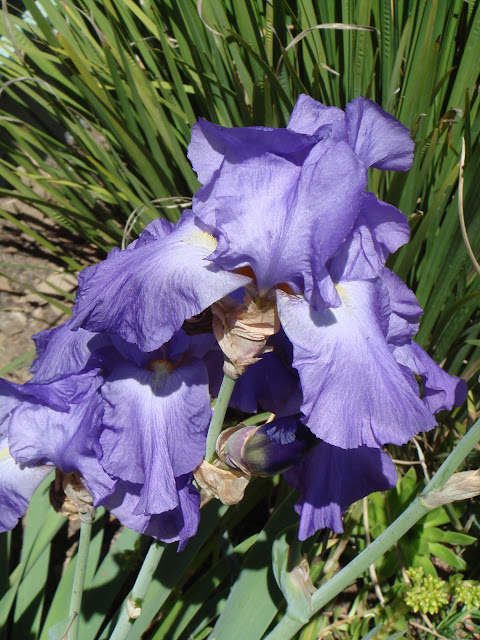 Iris grew well in Indiana, but this is the
first year we've had an Iris bloom here. 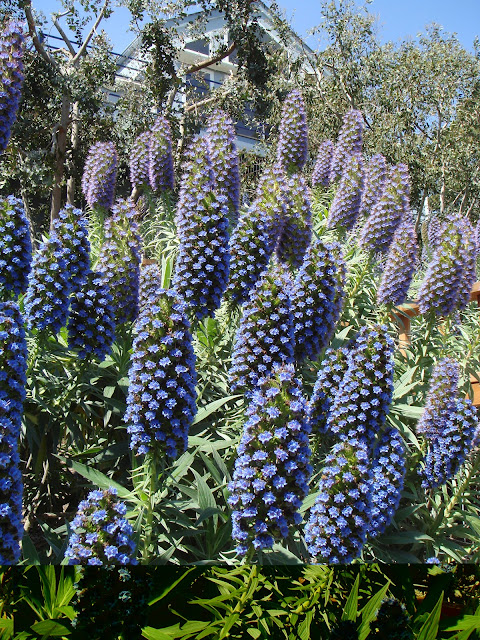 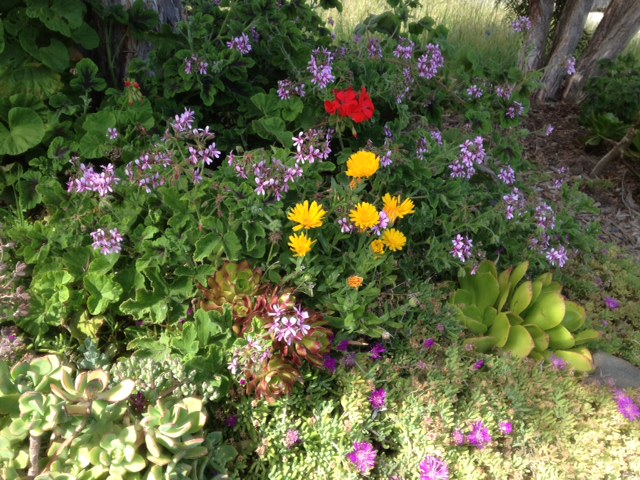 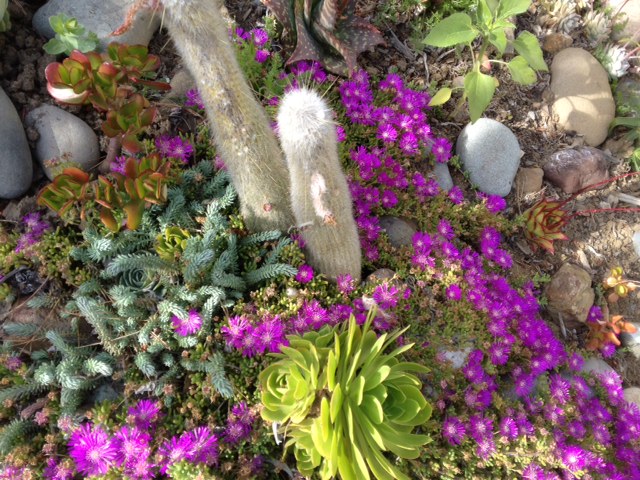 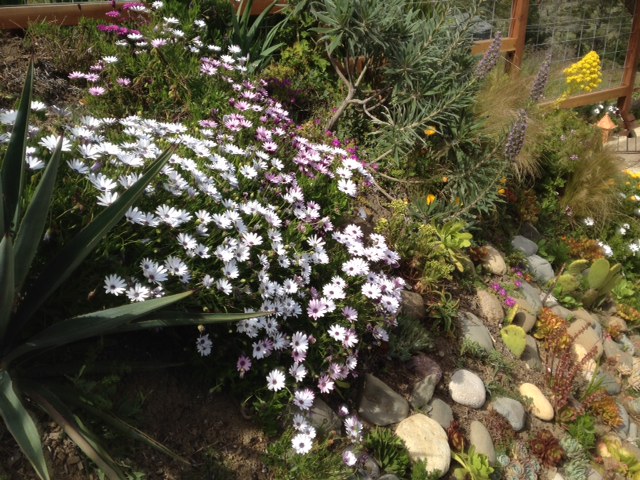 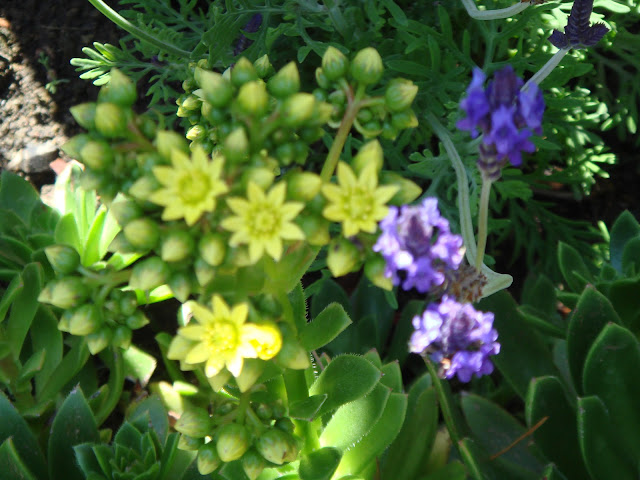