ANOTHER TAKE ON MIKE WALLACE & BIRDS ON A LINE

MIKE WALLACE AND THE HOMOSEXUALS

I heard from readers after my Monday post on Mike Wallace. Some of you took me to task for my praise of his
contribution to American broadcast journalism.  Here's a
portion of an email-

"You forgot to mention how he set back gay rights with his 1967 special The Homosexuals.  By the time he was done with the special which featured a doctor who stated the homosexuality was a choice and that they could never be happy....a number of parents stopped supporting their gay children, threw many of their own kids out and many gay adults lost their jobs.  At the time Mike Wallace associated socially with gay people including long time partners.  This was a news man who used sensationalism at the time to gain viewers.

He never countered that original show.  Later he said that he had made a bad judgment call.  That was it."
And another:
"The old toughie is probably laughing
that he's getting a pass on some of his
outrageous sensationalism.  Look at
how he bashed gays.  Think you could
broadcast that kind of stuff today?"

I either forgot about the broadcast, or never saw it.  The piece, which aired in 1967, has a legacy and even has
a significant Wikipedia link and other commentary.
One source has edited portions of the broadcast and
posted a short YouTube video.

A virtue of this means of communication is the quickness of response, the depth of research accessible with only key strokes and the value of conversation.  So I amend my thought's on Wallace by expanding it to include this post.
I hope this now broadens the view and achieves more balance.
It will be interesting to see how CBS handles it on their
60 Minutes broadcast on Sunday.

DAY BOOK
RIDING OUT THE STORM
The birds have created an interesting profile. 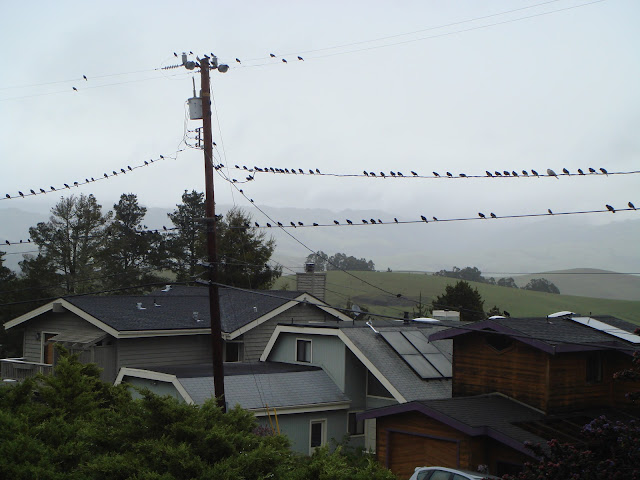 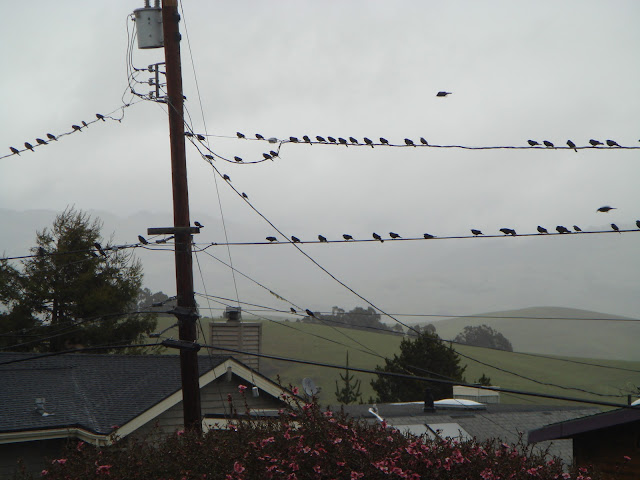 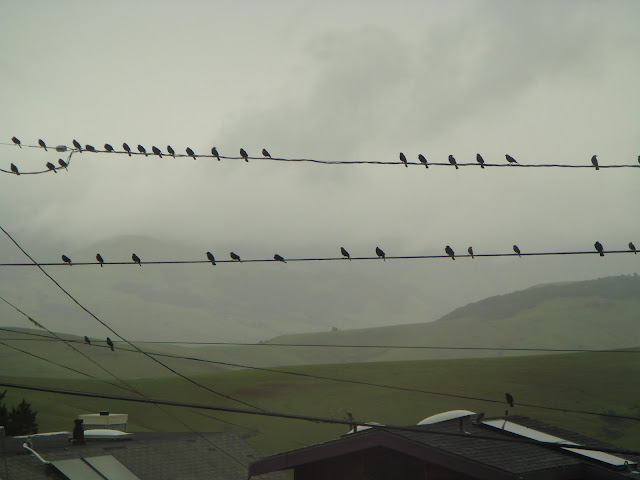 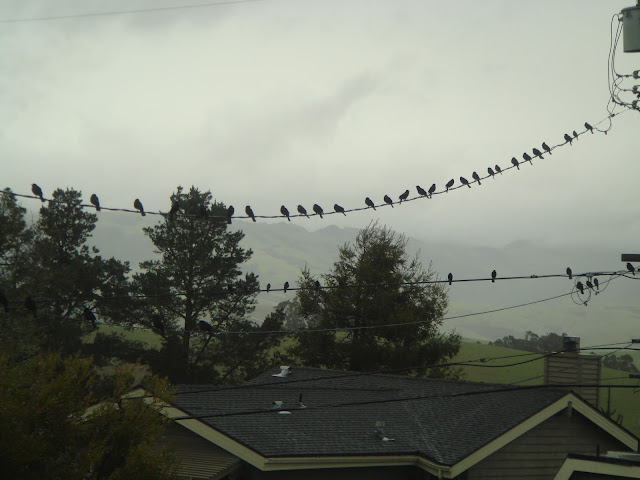 See you down the trail.
Posted by Tom Cochrun at 11:37 AM