WOULDN'T IT BE NICE & THEY DON'T BUILD LIKE THIS ANYMORE

WOULDN'T IT BE NICE

Now the Obama vs Romney match is on, we may get an opportunity to see a national debate about the role, scope and intent of the federal government.  Though both are Harvard men and technocrats, they apparently possess different visions.  It would be nice if the campaign remained focused on that.  Sadly though, it appears big money, super pacs and huge advertising budgets will steal the plot and establish the tone and probable shallowness of the campaign.
It would be nice if the media would forego being manipulated and spun by the ad dollars and their masters. Better if they'd stop the pundit pontificating and over zealous devotion to the "horse race" and odds sequences and shape the discussion about visions of America's future and how we get there via the Romney or Obama route.
Wouldn't it be nice?
DAY BOOK
BUILT TO LAST
I was impressed by what I call "Federal Style" grandeur evident in the building at the Hoover Dam.  Buildings constructed in the 1930's remain impressive today in
their stateliness, sense of artistic design and that little touch of deco. 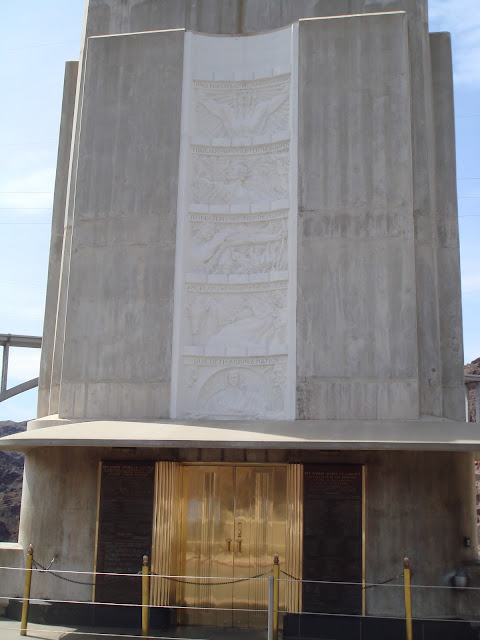 Someone makes sure, but even today those
brass doors shine like new. 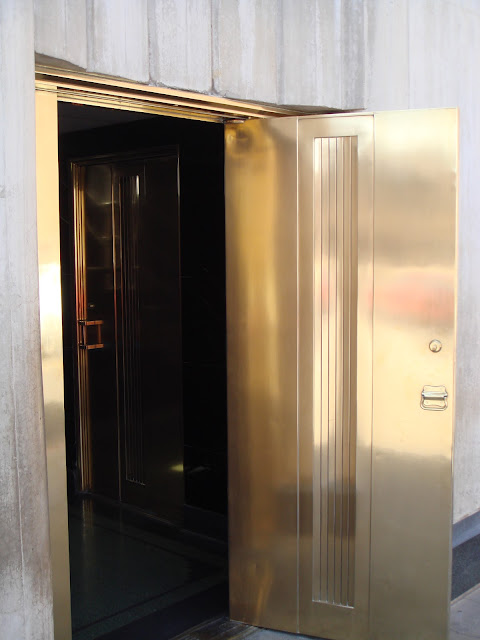 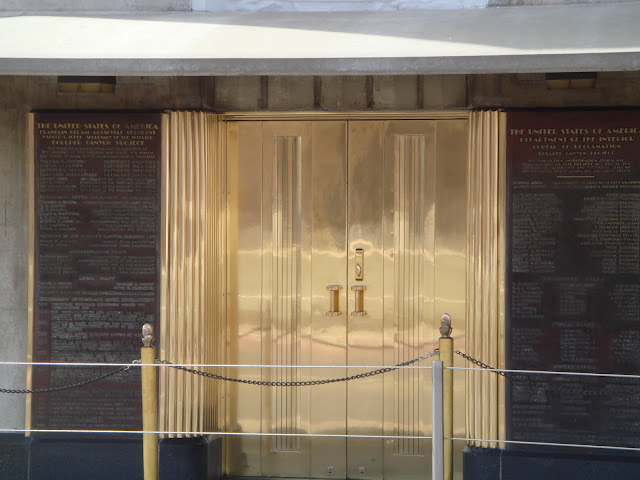 And after 70 years the marble with brass inlay "signs" are
as classy as anything new. 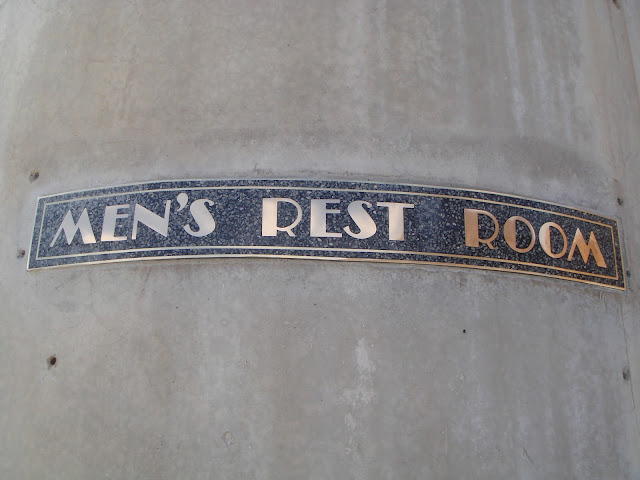 SOME TIMES OLD CAN'T LAST
Here's a quick tribute to a tree that was a young windbreak
about the time of the Hoover Dam construction.
See you down the trail.
Posted by Tom Cochrun at 1:16 PM