NEWS FROM THE FRONT LINE
OF THE INFORMATION WARS
It's probably a result of my decades in journalism,
broadcasting and documentary production,
but I'm super sensitive when there are
rumblings in the "force," that is
communications and information flow.
Veteran readers may recall a couple of
posts that shook up a few people-
Posting (link here) about the convenience of algorithms and a kind of "thought control."
Or about the danger of cyber crime
Read the post by linking here.
Now a new battle line has been drawn.
Here's the Forbes blog on what has set off many recriminations.


Twitter Commits Social Suicide
By Mark Gibbs, Forbes
27 January 12
Starting today, we give ourselves the ability to reactively withhold content from users in a specific country - while keeping it available in the rest of the world. We have also built in a way to communicate transparently to users when content is withheld, and why.

ith those words earlier today, in a blog posting titled "Tweets still must flow" the management ofTwitter's went over to the dark side and may well have dug their own grave
In what can only have been a fit of corporate insanity, Twitter announced that it has the ability to filter tweets to conform to the demands of various countries.
Thus, in France and Germany it is illegal to broadcast pro-Nazi sentiments and Twitter will presumably be able to block such content and inform the poster why it was blocke
Quite obviously, Twitter's management believes that there is some kind of value in being able to filter in this way but given that, over the course of 2011, the number of tweets per second (tps) ranged from a high of almost 9,000 tps down to just under 4,000 tps, any filtering has got to be computer-driven.
So, consider this tweet:
@FactsorDie Nazi Germany led the first public anti-smoking campaign.
Could that be considered to be pro-Nazi? How will a program accurately make that determination?
What concerns me is that if the algorithm Twitter uses registers a false positive (i.e. determines that the tweet is pro-Nazi when it isn't) and the tweet has any time sensitivity to it then that attribute will be completely nullified by the time the tweet makes it out of tweet-jail if it ever does.
On the other hand if the software makes a false negative (i.e. determines that the tweet is NOT pro-Nazi when it is) then the filtering is useless and Twitter will be held accountable by every political group with an axe to grind.
Now it might be argued that some percentage of false positives or false negatives will be acceptable but what is that percentage? 0.0000o01%? That equates, at a minimum of 4,000tps, to 3,456 misclassified tweets per day or 1,261,440 per year!
And will the filtering software be able to detect irony and sarcasm? I rather doubt it.
And what about the fact that Twitter will be implicitly editing all tweets? Doesn't that attract legal issues in that they are taking on an editorial responsibility and therefore become a lightning rod for lawsuits?
I see Twitter's management having made a  epic, mistake. In trying to appease the demands of political pressure they've dug themselves a huge hole that they won't be able to climb out of. The mere fact that they have published a blog posting claiming that they can filter seals their fate.
I really like Twitter; it's a unique and amazingly rich social platform but Twitter's management may have just diminished if not wiped out their edge and their global relevance.
You can't service all of humanity if you allow the needs of politics to triumph over the needs of the people. And if you can't service all of humanity, what is your relevance?

What do you think?
It is certainly a different world from when most information flowed from major news gathering organizations dedicated to the proposition of the public's right to know and adamant about the First Amendment. That was of course a time before news organizations were expected to be profit centers and before mergers and group ownership of once competing media.  And certainly before the sophistication of data mining and social media.


DAY BOOK
ANOTHER FLASH MOB BIRTHDAY
AND THE OLD SCHOOL HOUSE GETS A NEW CUPOLA. 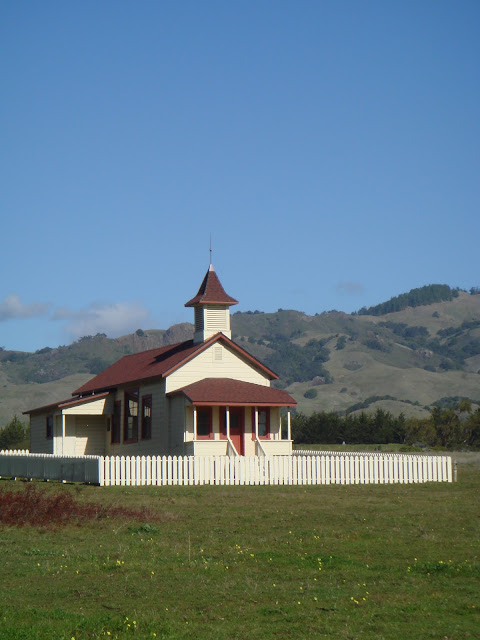 The historic San Simeon school has been spiffed up. 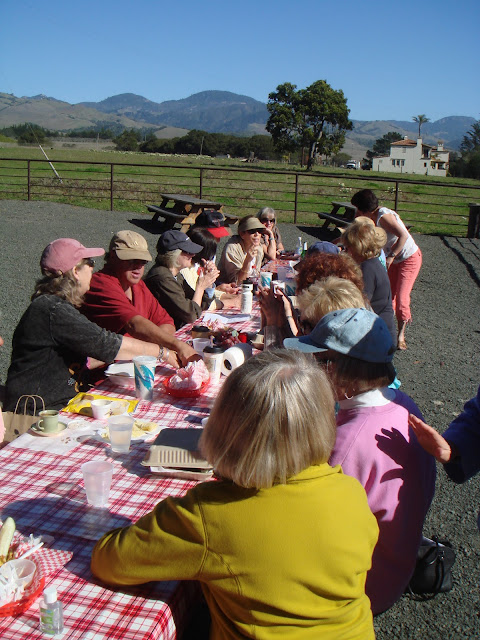 While the Friday Lunch Flash Mob has grown to 4 tables. 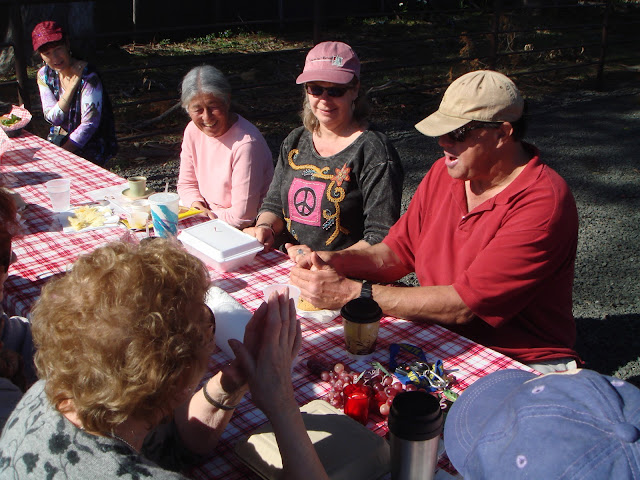 With the tradition of a candle in the chocolate chip cookie continues. 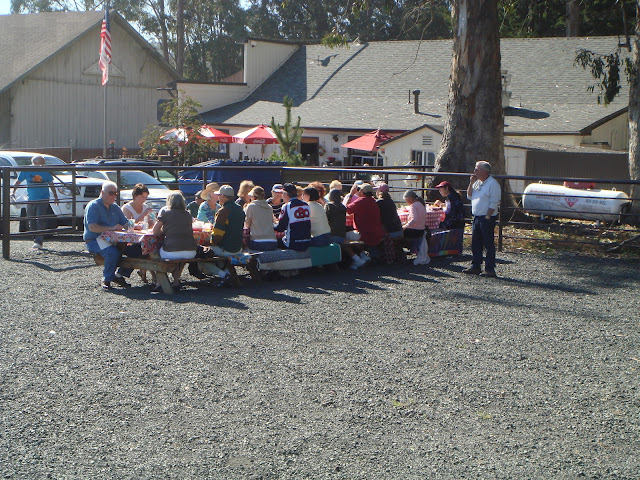 It's like big kids at recess!
See you down the trail.