CASH FROM THE UNDERGROUND
Trend setting California vows to go after an additional $7 Billion a year in lost tax revenues by going after companies that pay cash under the table.  Businesses that pay cash wages don't pay worker's compensation insurance or withhold payroll taxes for Social Security, Medicare or unemployment compensation. California officials says the problem is pervasive in the building trades.
$7 Billion a year, just in California!  Calculate the impact on government budgets if such a move were implemented nationwide.  Though savings and new revenue could be
much higher yet.
Reefer Madness-Sex, Drugs, Cheap Labor in the American Black Market written a few years ago by Eric Schlosser
opened my eyes to the Billions in lost revenue.  But Schlosser's study did not account for software piracy, music downloading, prostitution, off shore banking and gambling
where billions and billions more go unaccounted for and  more importantly, untaxed.
If we really care about government funding and deficits, and if as a nation we are averse to more taxes, then
why not go after the black market dollars which could
swell government revenue lines. Of course we would need
some accord on things like recreational drugs, gambling, prostitution and ways of policing cheap labor, software piracy, off shore banking and gambling.  But the
debate on those might be worth the resulting income stream and/or enhanced enforcement.
We'll see where the Golden State goes with this opening initiative.
DAY BOOK
BIG SURF
The shores of California today are awash in High Surf advisories. 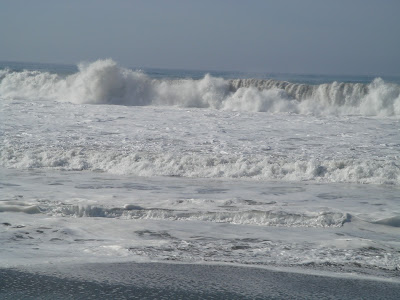 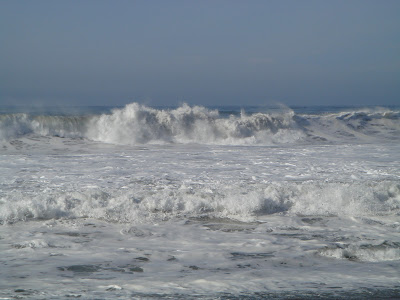 Behind each frame is a roar and growl of the Pacific. 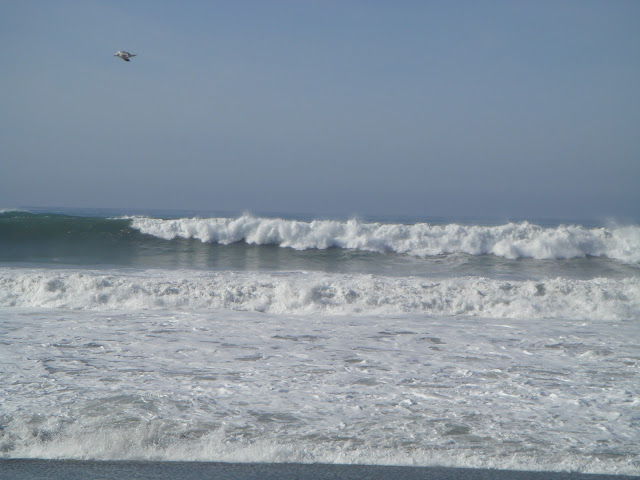 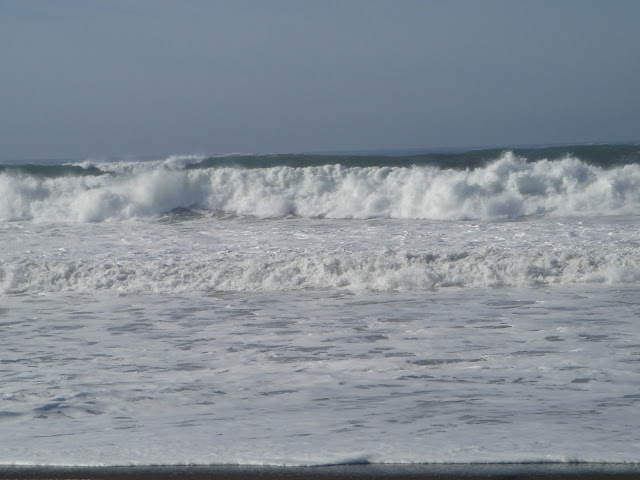 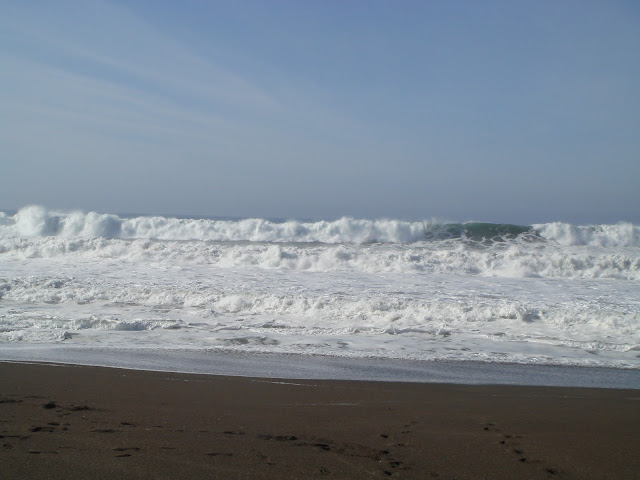 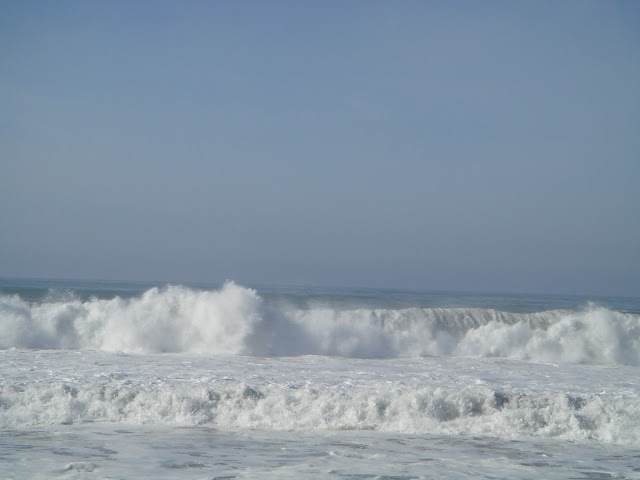 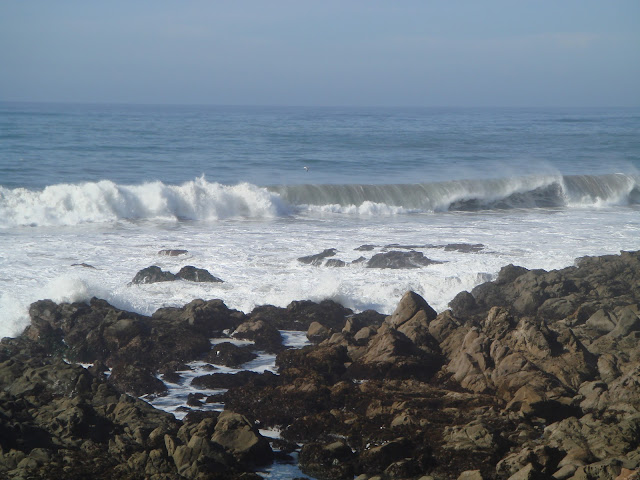 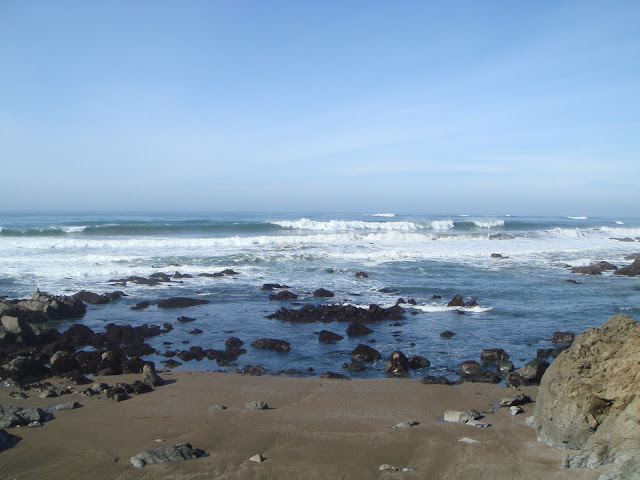 The picture fails to do justice, but those white caps in
distance are way off shore.  They are large enough to
break a couple of times before hitting the beach. 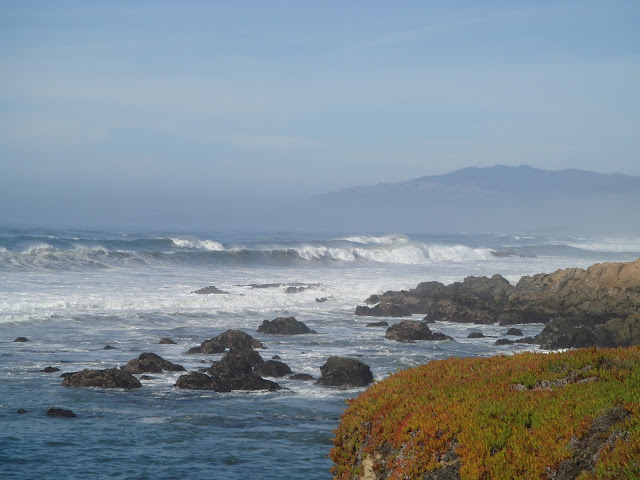 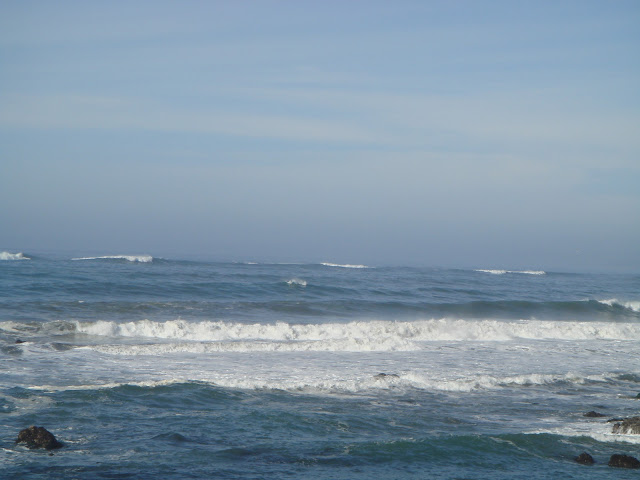 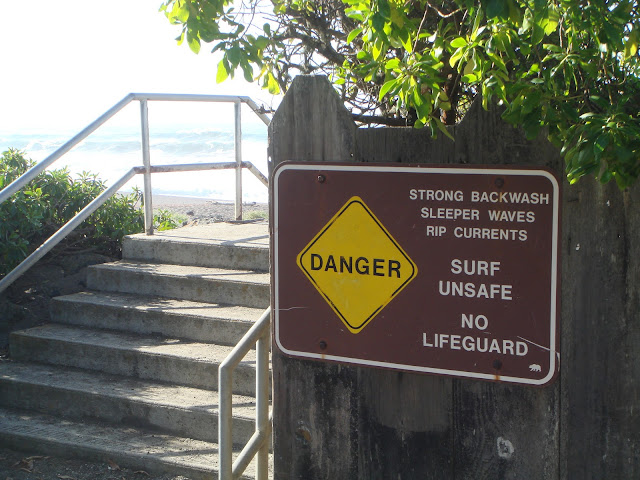 Especially so today.
See you down the trail.
Posted by Tom Cochrun at 2:31 PM