A WRINKLE IN TIME
Maybe that take on the Mayan Calendar is right
and this is the year for the end of time.
OK, OK, I'm not serious.
But in a way I am.
More in a moment.
CONSIDER RECENT SCIENCE
Government labs that create a new form of bird flu, without an antidote.  Stupid!!  That could be an "incurable" problem. Maybe time marches on minus the human race.
Can there really be time if there is no one there to observe it?
Higgs Boson research detects, maybe, evidence of the God particle or dark matter.
The discovery of possibly inhabitable planets hovering hear a black hole and more of that dark matter.
All of this sounds like variation of down the rabbit hole
with Alice, into some strange new world.
Then I read that researchers at Cornel University have created a tiny hole in time where things occur that
are entirely undetectable. A few years ago physicists found a way to do "spatial cloaking," that is make things
disappear.  Now they've done it with time.
According to David Brown in the Washington Post
"the extreme bending of light that makes spatial cloaking possible requires so-called optical metamaterials made through nanotechnology.  Temporal cloaking depends on special lasers and optical fibers that disperse or undisperse light in predictable ways."
If you are at all curious, I urge you to read about
the Cornel research.  Yep, it is mind bending. (Where is
Don Herbert, Mr Wizard, now that we really need him?)
Anyway, here is my proposition:
If the Cornel researchers have made time invisible,
then maybe that saw about the Mayan Calendar
predicting the end of time was right.
So relax, that's out of the way.  You can quit worrying
about Apocalypse 2012.
Unless that damned bird flu gets out of the lab.
Oh, I can hear this old lyrics now
"...when will they ever learn?"
DAY BOOK
TEXTURES 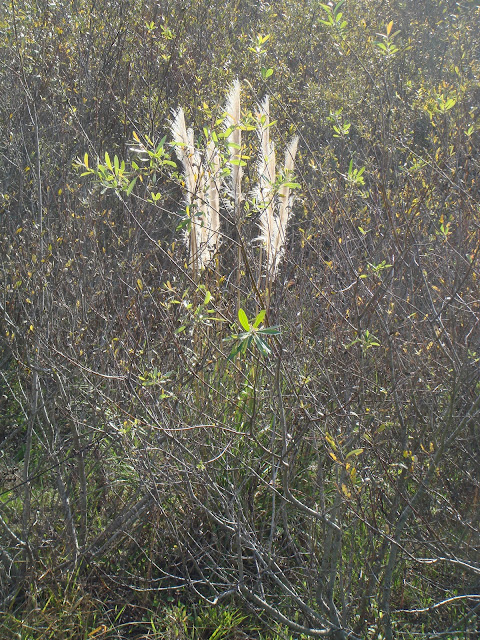 See you down the trail.
Posted by Tom Cochrun at 10:41 AM