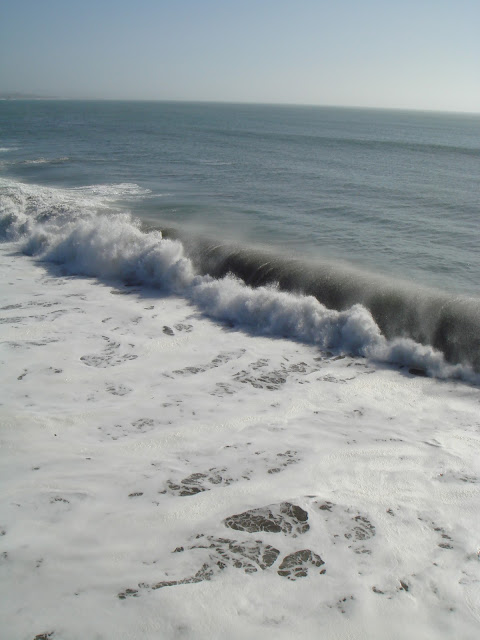 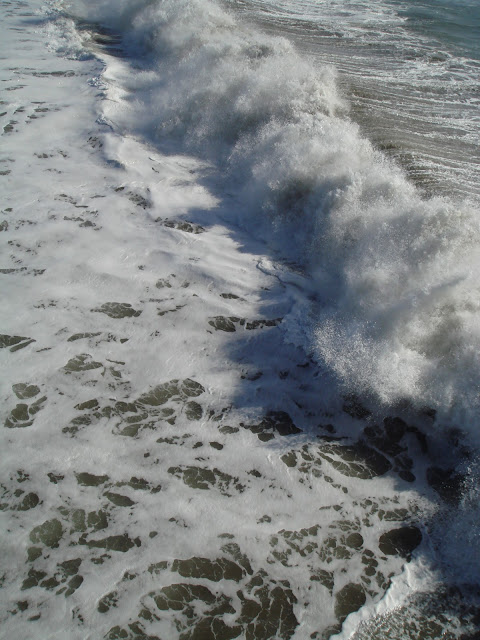 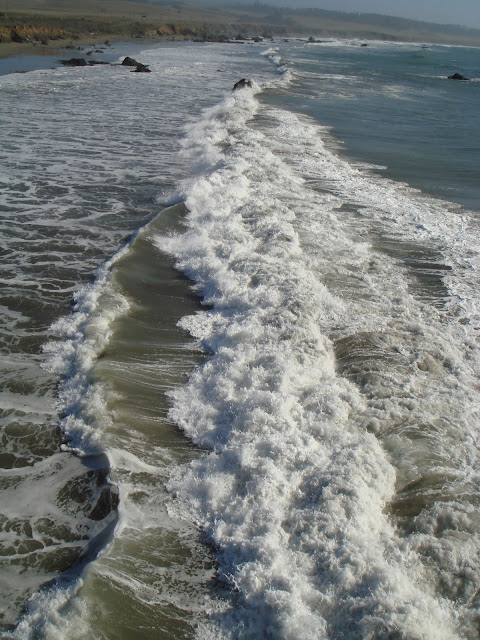 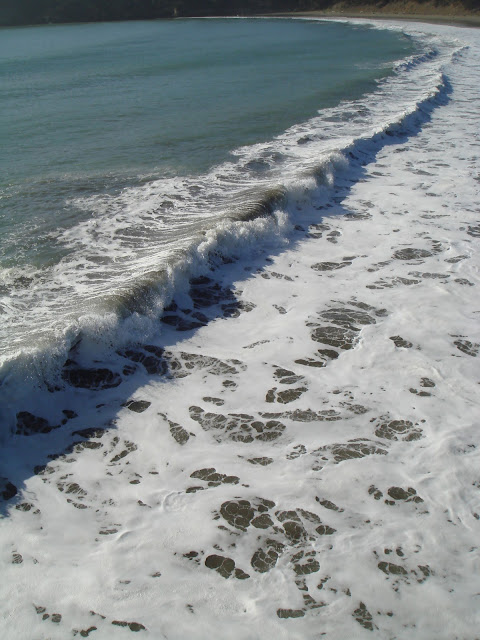 17 foot waves were predicted. Even where it was 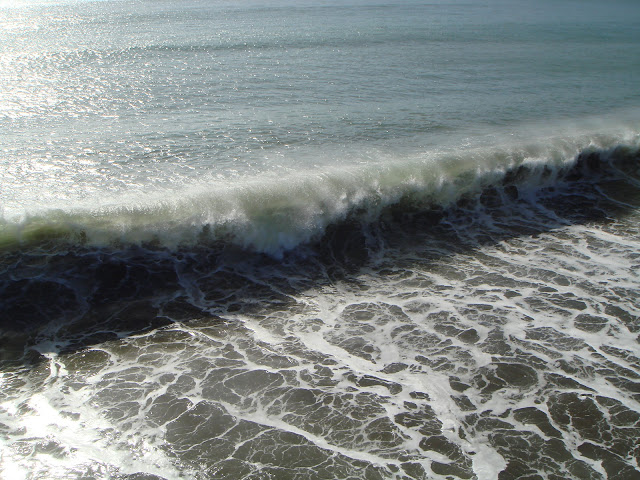 less than that, you could see the power of the Pacific. 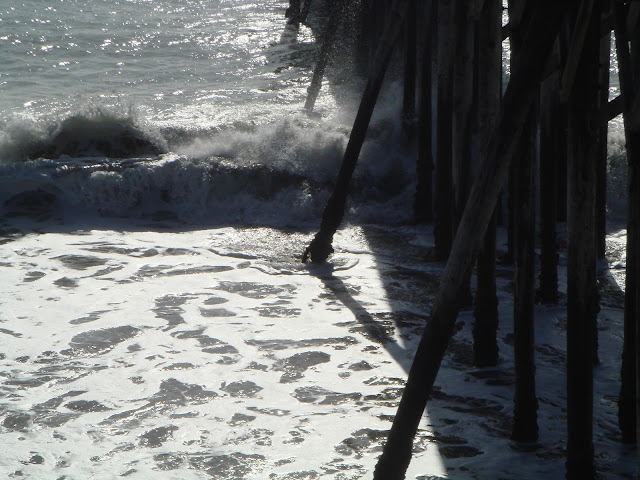 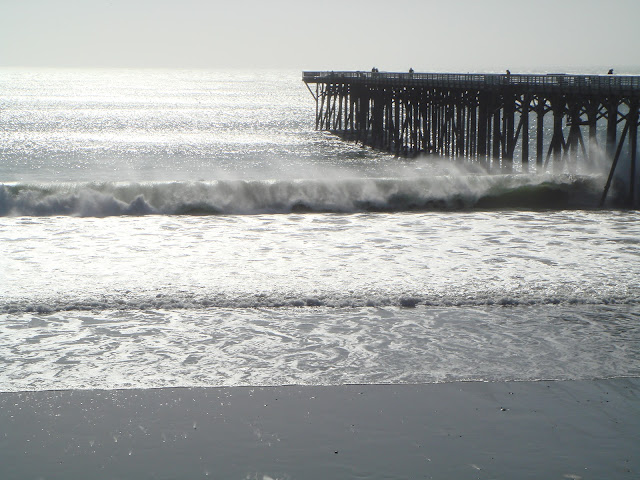 Surf advisories turn the ocean into a kind of pallet of motion and action. 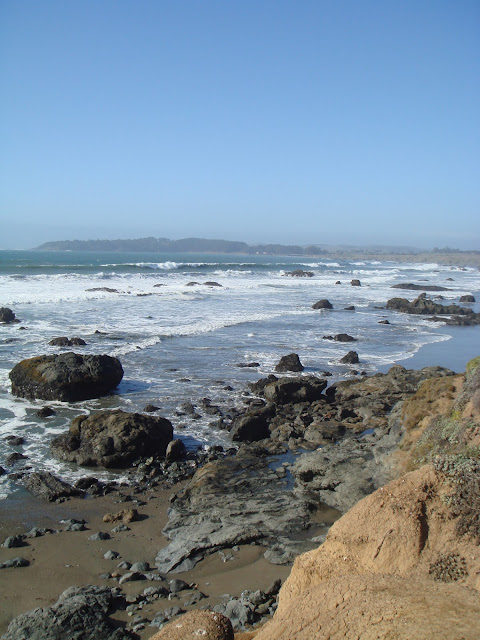 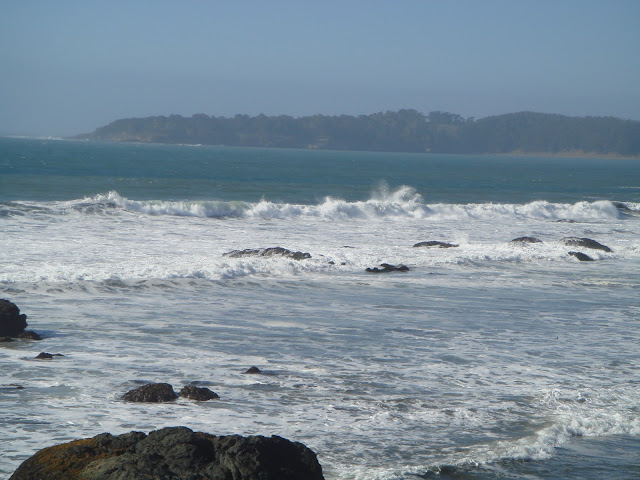 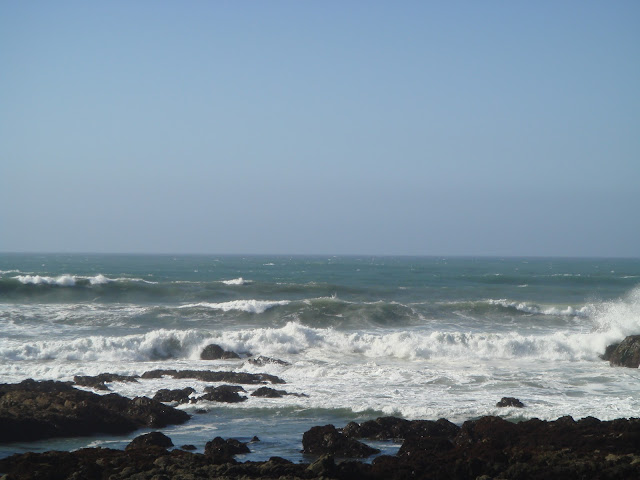 It was mostly gentle at San Simeon cove, near to
where the Friday Lunch Flash Mob gathered. 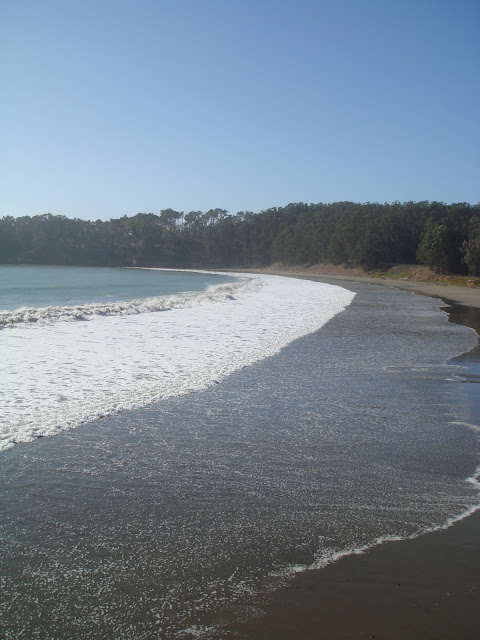 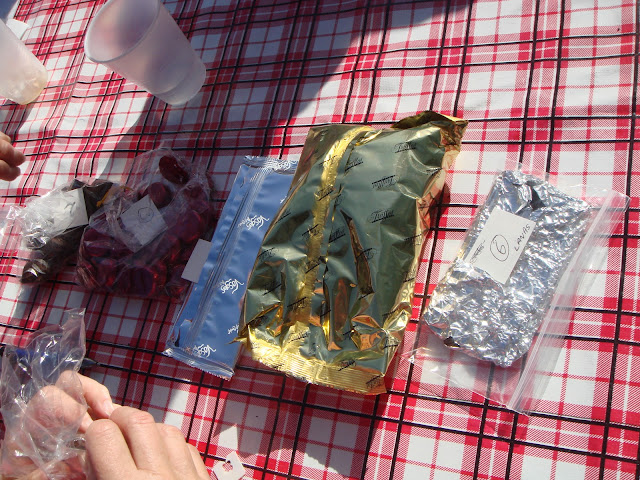 Our official CPA, Jeanie, did the tabulation. 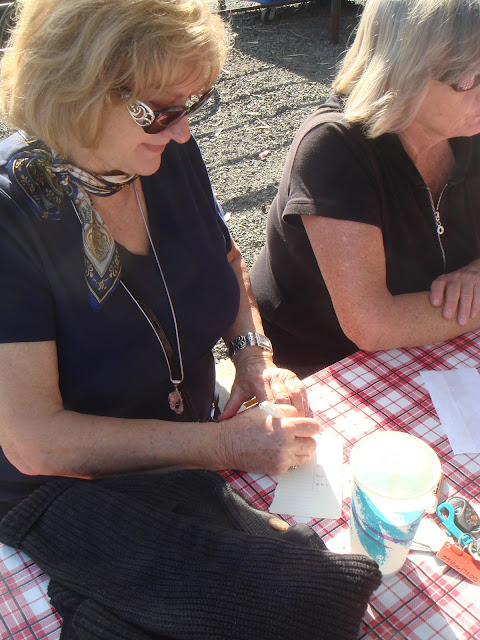 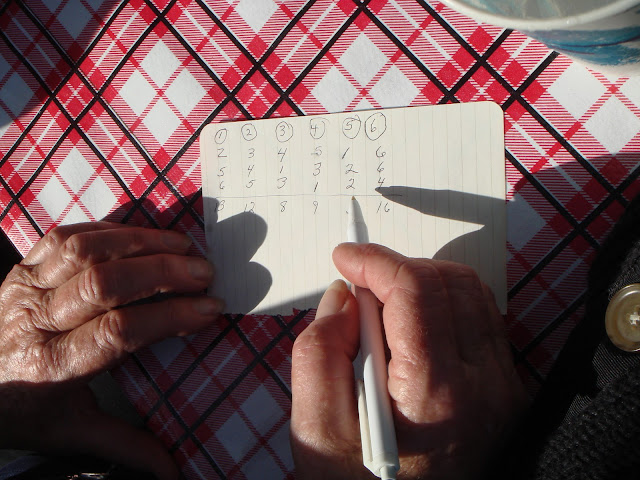 Our royal surrogate, Princess Pam and Ruth, the matron of our salon, presided. 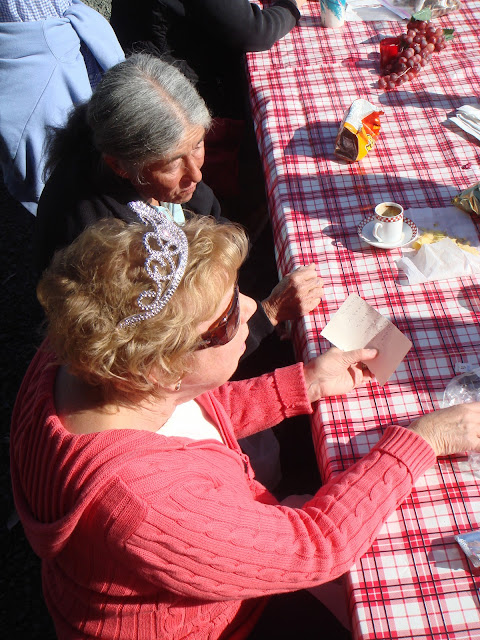 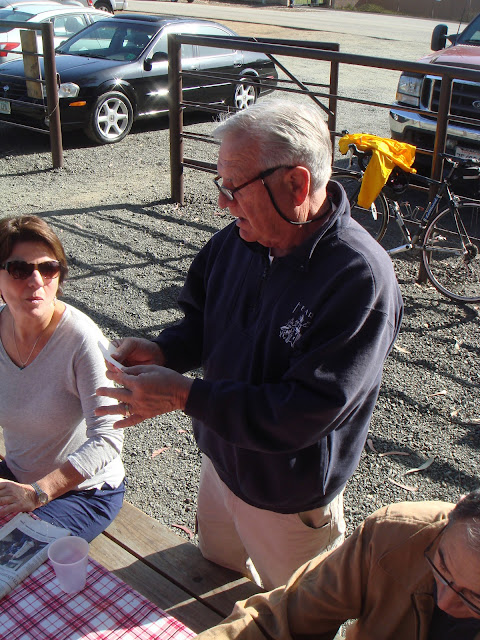 And everyone took home citrus grown
by Bob in Bakersfield. 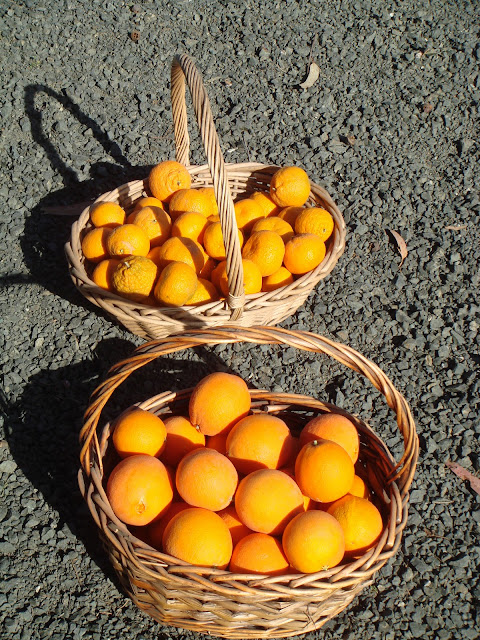 In the last couple of days fellow blogger, Bruce a.k.a the Catalyst, and I have traded notes about living in a small town or village.  He was somewhat incredulous when I said I loved it and can hardly imagine living again in a large urban setting. Village life is different, indeed, but so sweet.
Can you imagine a Friday lunch crowd like ours
in many other locations?
I told him the saying we hear out here is true.
"Cambria is not like the rest of the world."
His wise counsel (he is my elder) was
"To continue to enjoy life in your oblivion,
stay out of local politics!"
See you down the trail.
Posted by Tom Cochrun at 3:25 PM