THE SENSITIVE PLANT AND SENSITIVITY

The doubles tennis foursome is a mixed group, conservative, liberal, democrat and
republican. In all the time we've played there is never conversation about politics.  We cover a lot of stuff and it is an affable group, but today there was anger, disappointment and outrage over the sad, sad, political sideshow of the debt ceiling issue.
Republicans embarrassed, democrats disappointed, all felt there was a lack of leadership and an ignoring of national best interests.
Broaden the conversation beyond the tennis court and I hear respected republican analysts admit the nation is almost ungovernable. Conservatives who are sensitive
about loosing a claim of integrity because of tea party "legislative terrorism", liberals
angered that Obama moved so far to the right and caved to what they consider to be
extortion.
For my two cents-we continue to spend Trillions on two wars of dubious value, one of which was started based on lies and fabrications and should never have been launched.
In the aftermath however large corporations are making big money on both war material and reconstruction. Smart?  Smart in a time of financial crisis?  The end of Afghanistan will be a departure with a toll of trillions spent and thousands of broken bodies, lives and far too many deaths.  The result will be for Afghanistan to return the old Testament tribal world that is has always been. Smart?
So we spend trillions there, but we cut funding to education and infrastructure.  We cut in these areas while the Chinese invest. Which nation do you think will be best equipped to deal with the future and demands of jobs of the future?  And here I'll anger some of you.  We cut social spending but refuse to provide a revenue increase because we refuse to tax fairly. In some cases we refuse to tax.
How can Warren Buffet, who by the way is willing to pay more, actually pay less than his secretary in taxes?  How can a corporation pay almost no taxes and in some cases pay none at all?  This is while their CEO is earning millions in bonus money because the profit margin is so high?  How can a congress allow companies who are providing no bid contract services in Iraq and Afghanistan to be sheltered in the Cayman Islands so while they are taking US Tax dollars and paying their employees they are withholding no tax money because "they are not a US company?"  How can a congress be held hostage by a small sect of "true believers" who would rather see the nation fail at meeting it's obligations than think of a big picture and the future? How can Republican leadership and Democratic Leadership and the White House fail so miserably at something that has been done 102 times previously without a government crisis?
Compromise is not a problem nor an evil.  It is what gave us the Declaration of Independence and the Constitution and our Constitutional Amendments. The history of this Republic is written by leaders who understand compromise is the glue of legislation.
Yes we have problems.  Yes government costs and spends.  Life is more complicated than a simple notion of a smaller government and no taxes.  Compromise is a road map to problem solving.  Not to compromise is to create a government or a state where totalitarian regimes rule.  Joe Stalin and Adolph Hitler were pretty good at refusing to compromise.
How can such weak leadership prevail?  We have struck a low in American history.  Where is vision? Where is a sense of the future? Where is the art of governance? Where is creative problem solving?  Where is the skill at providing leadership for a nation on the ropes?  Where indeed?


Sorry for the rant.  But these are days that demand response.
DAY BOOK
THE SENSITIVE PLANT
The popular name is the Sensitive Plant. The fern like leaves restrict and close when touched.  In a few moments they begin to open again.  The bloom is something we've never seen before. 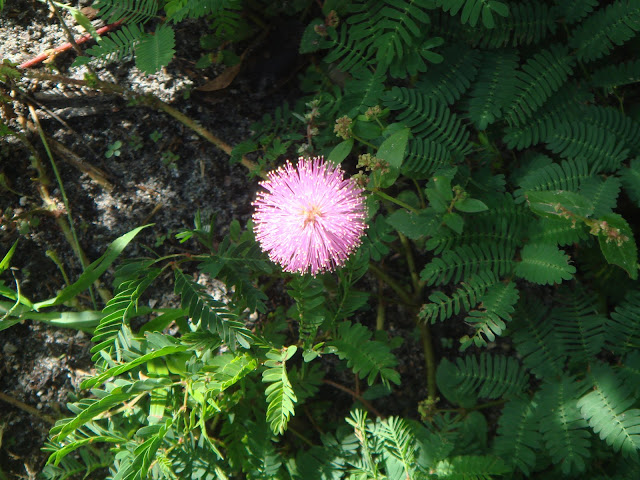 In these shots, the time of day was perfect to capture a nice bit of shadow play. 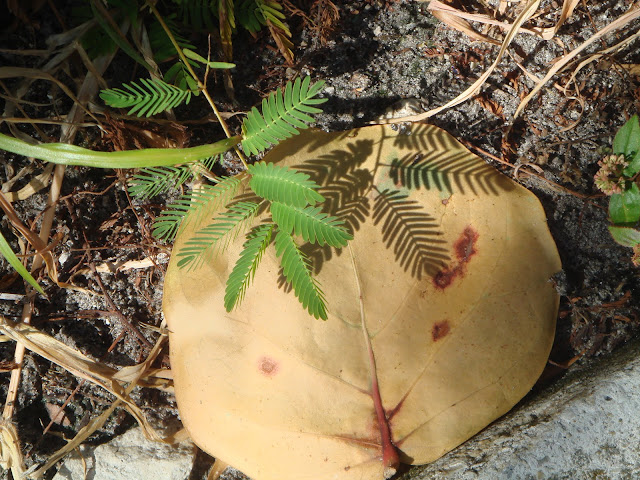 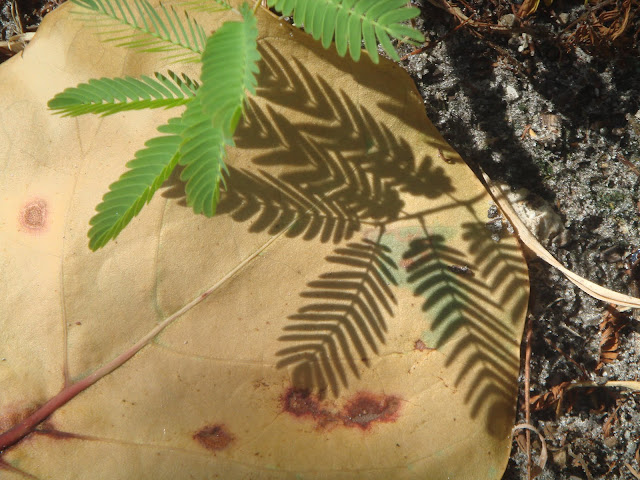 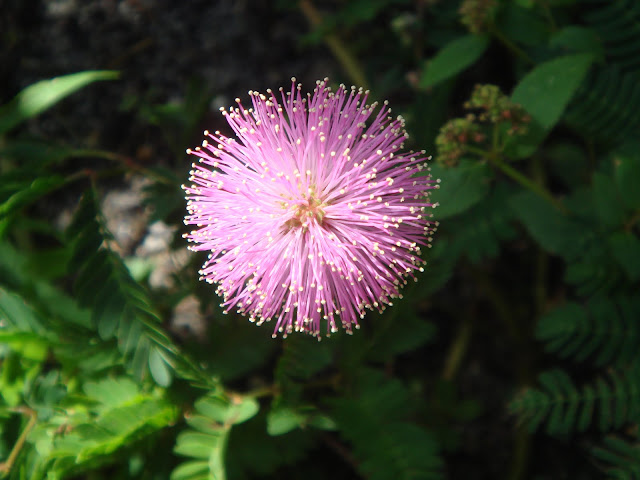 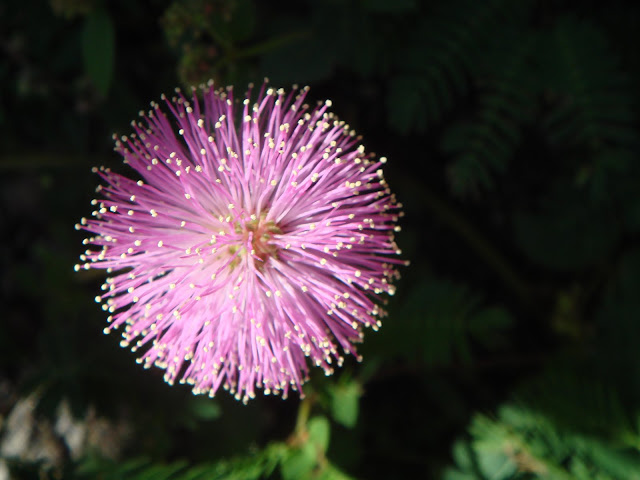 See you down the trail.
Posted by Tom Cochrun at 12:16 PM