A couple of things are clamoring around in my
mind, looking for a vent.
Kathleen Parker of the Orlando Sentinel wrote
a piece that, sadly, most of us can relate to.  A
loud, foul mouthed, obscenity spewing person, in
this case a woman, got on a crowded elevator and
continued to abuse her son for several floors liberally
using  mother F......   I've always been conflicted
about how to respond to such boorish behavior.
My strongest response was to a group of young men
in a restaurant when I said "please, watch your
language or hold it down.  There are children here."
That drew a derisive sneer, which I was happy didn't
escalate to more.
The other item was about the shooting and beating
of football fans at the 49er-Raiders game in San
Francisco.  San Francisco?!!!  No "flowers in your
hair...love in there" vibe.  San Francisco?!!!
Cosmopolitan, sophisticated, center of West Coast
urbanity?
I've spoken to groups about the divide between
the educated and the entertained.  Now I wonder
about the growing gulf between the civilized and
the modern American barbarian.
ENOUGH!
NOW TO SOMETHING BETTER
IT CAN'T GET MUCH BETTER 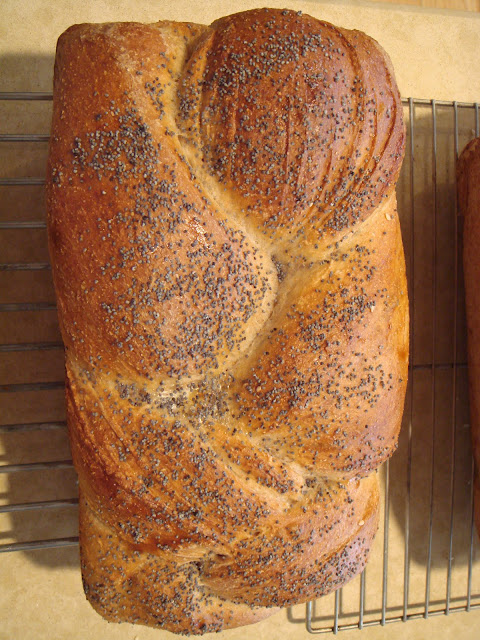 Lana has been baking bread for longer than she'd care for me to say.  Friends and family appreciate this special, but only one of many, skill.
When we came back from lunch the other day she noticed the dough had risen more than it usually does. 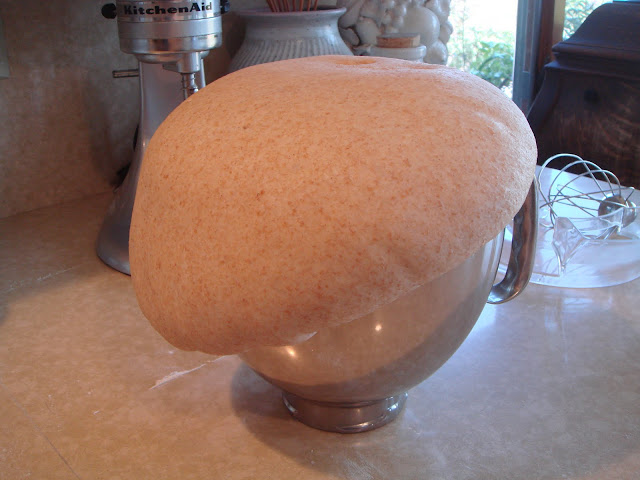 Ever ready for an adventure, I thought I'd follow it through the process. 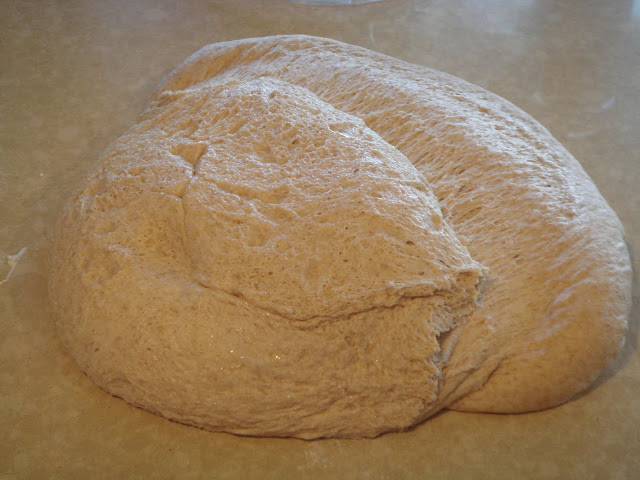 Shaped, braided and put in pans to rise a bit more. 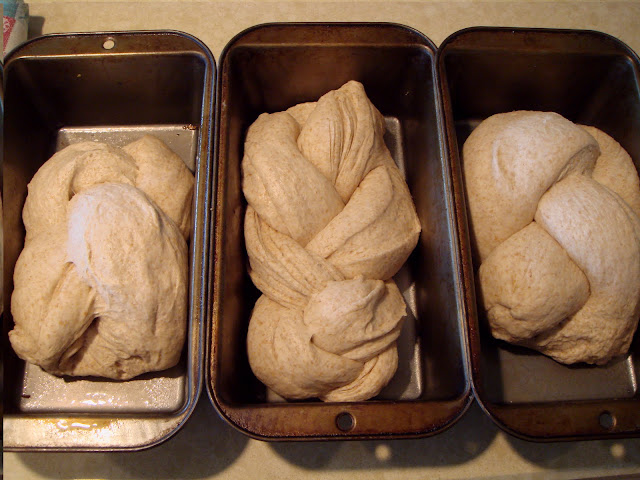 Risen enough, it now almost ready for the oven. 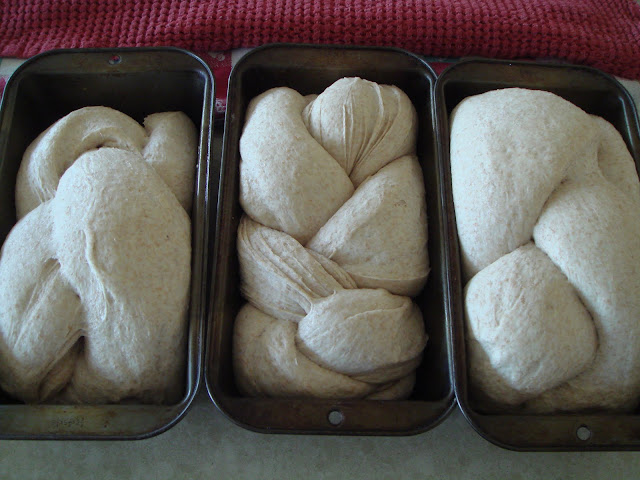 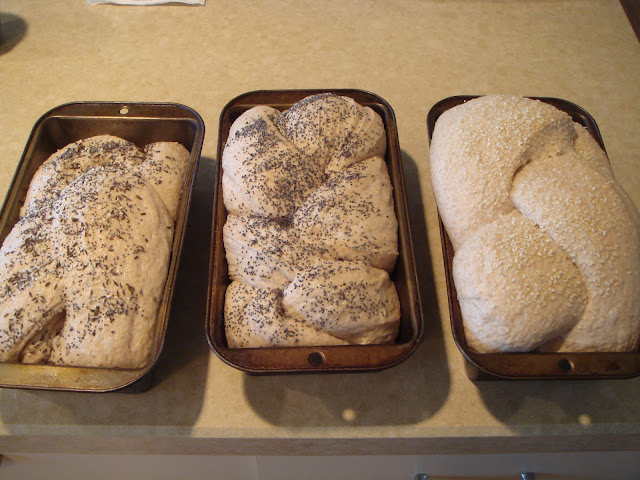 In it goes.  The final step on the road to delicious. 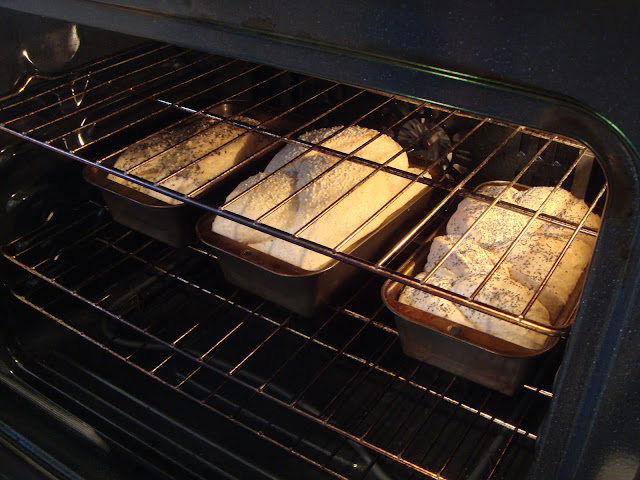 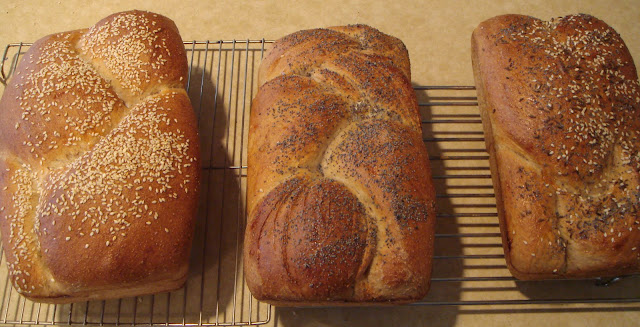 And now, it is time for me to get in on the act! The appreciative consumer! 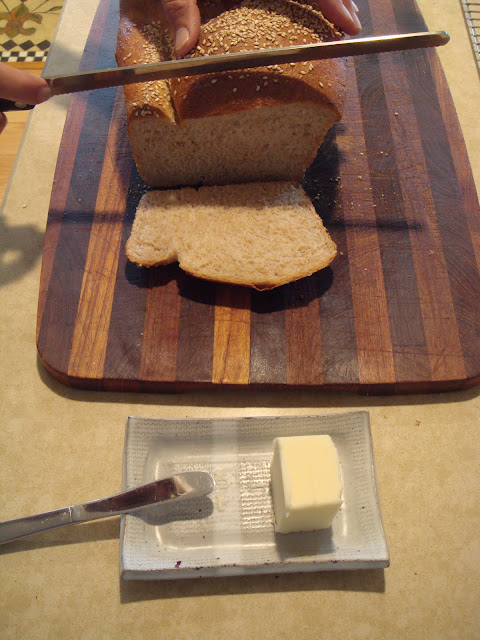 See you down the trail.
Posted by Tom Cochrun at 1:28 PM