WHEN SNOW CLOSES THE ROAD 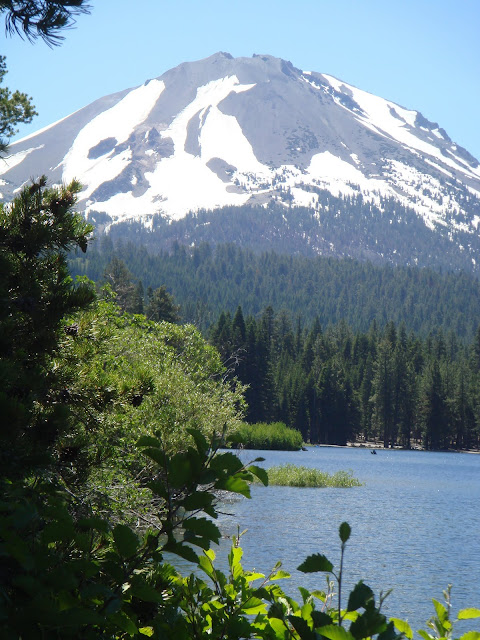 As noted in an earlier post, our mid July trip to Lassen Volcanic National Park
was punctuated by the closure of about 5 miles of Highway 89, the road through the park.
Snow, said to be like steel, was still being cleared, so to see the northern portions of the
park, we took a side trip. 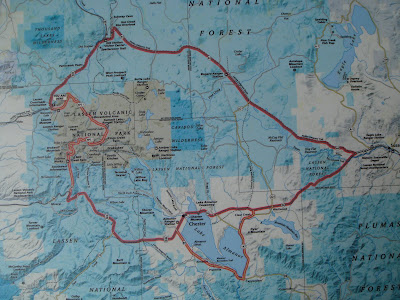 We had the chance to explore areas of northern California, when we went "off the map." 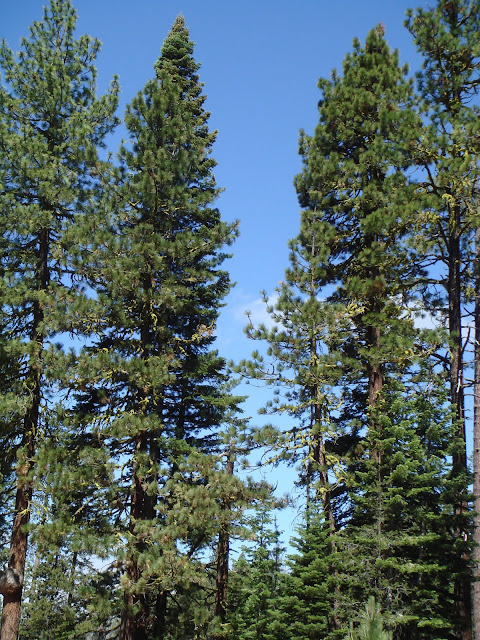 It is a beautiful area and by lacing through back roads, county roads, and local routes
we were able to work west and then north to get into the north entrance without driving
all the way to Redding and Red Bluff.  It gave us marvelous views and a chance to see places like Manton, Shingletown, Old Station and Mineral. 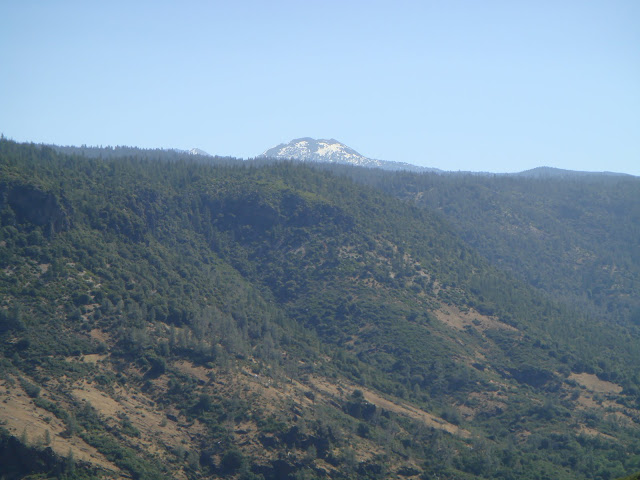 After passing through Mineral, we took Lanes Valley Road to the north.  There we saw a beautiful stone wall, the stones probably a product of volcanic earth activity. 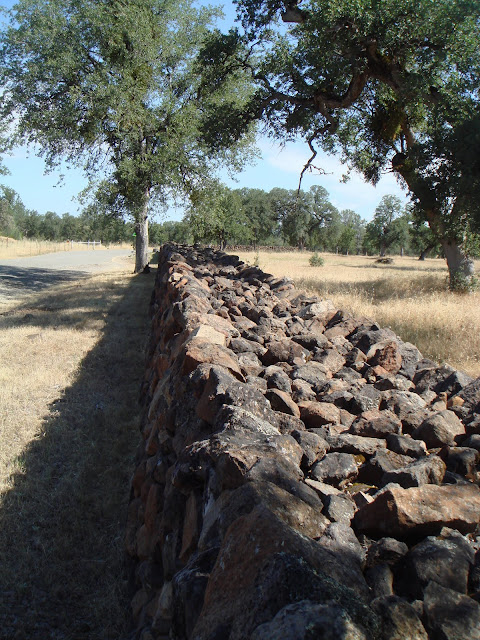 The area is called Soap Butte, south of Black Butte and Wildcat Road.
The topography was changed and the area was more arid. 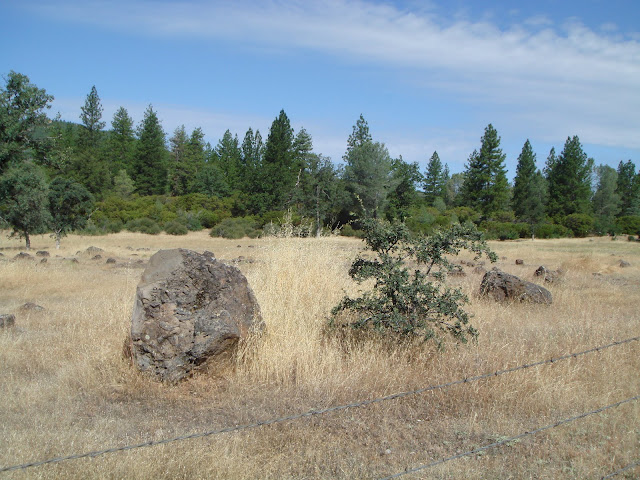 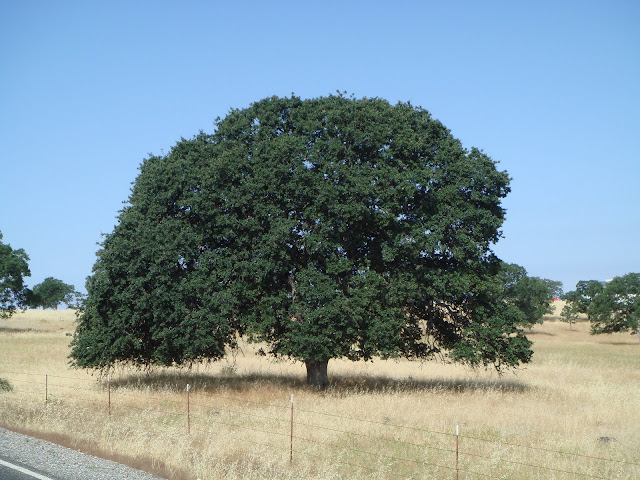 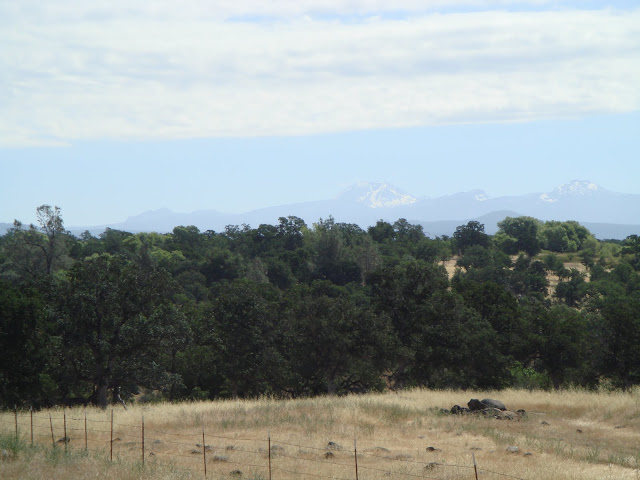 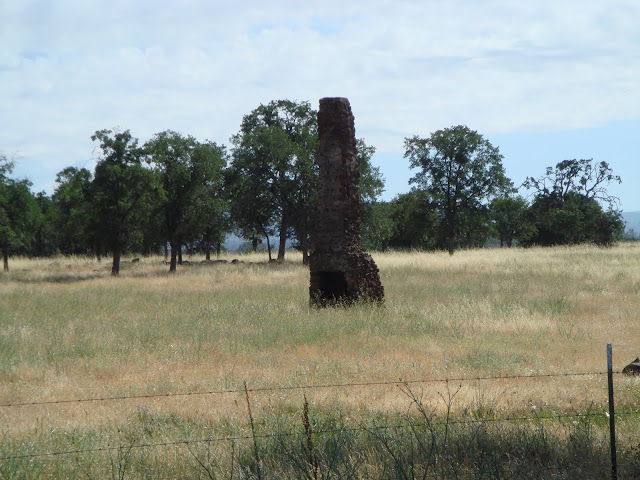 I was struck by the solitary quality of a standing chimney, from a long lost outpost of life.
A magnificent side trip inside the park, from the north entrance, was Summit Lake North, as far as the road had been cleared of snow.  It was an enchanting and relaxing  find. 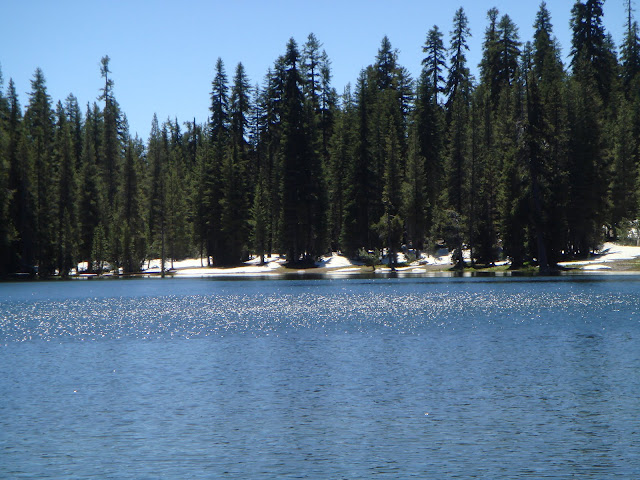 A snow blanket beneath the pines at the edge of brilliant blue, sparkling and clear alpine lake.
Then as we left the park and continued the wide loop taking Highway 89 North
we found a place that is little publicized. The lava tube Subway cave. 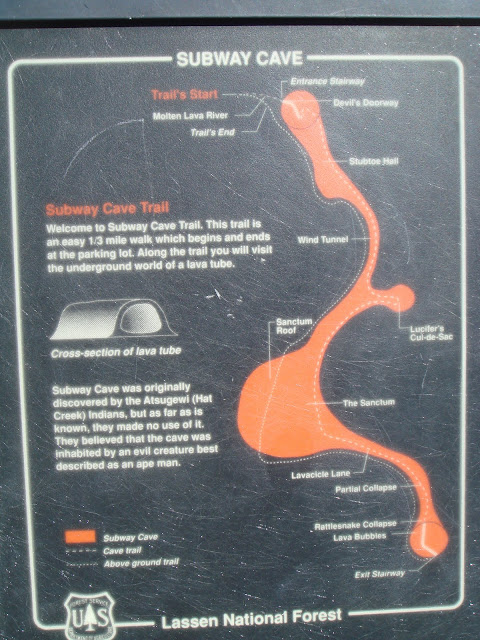 This is the environment of the cave. 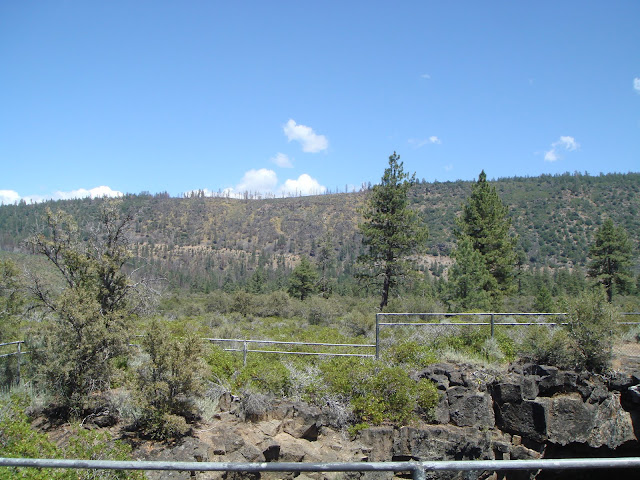 Even though the National Forest Service, not the National Park System sign says it is easy,
one needs a strong beam flashlight or lantern. 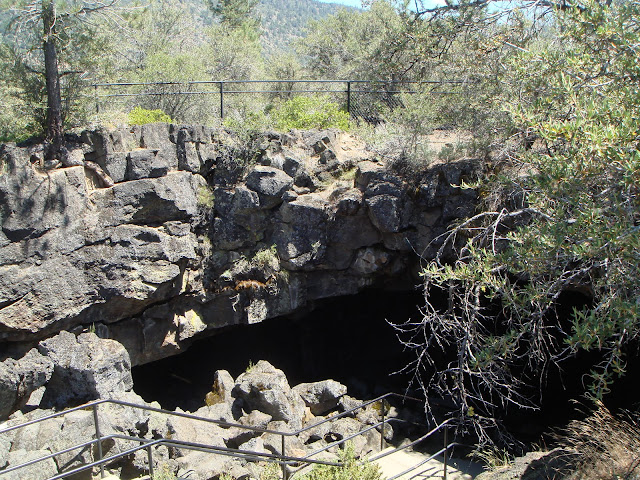 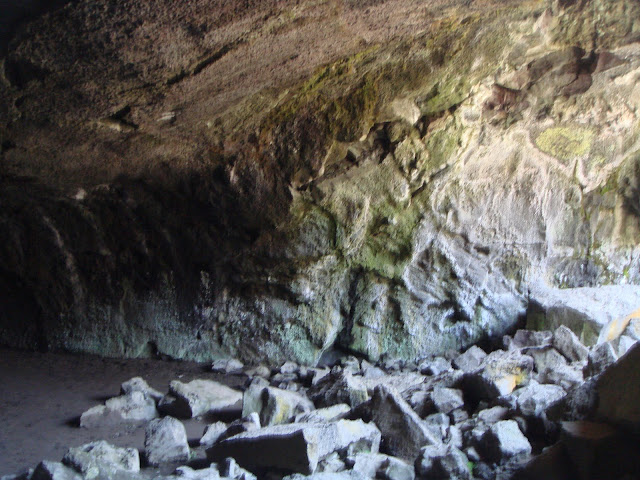 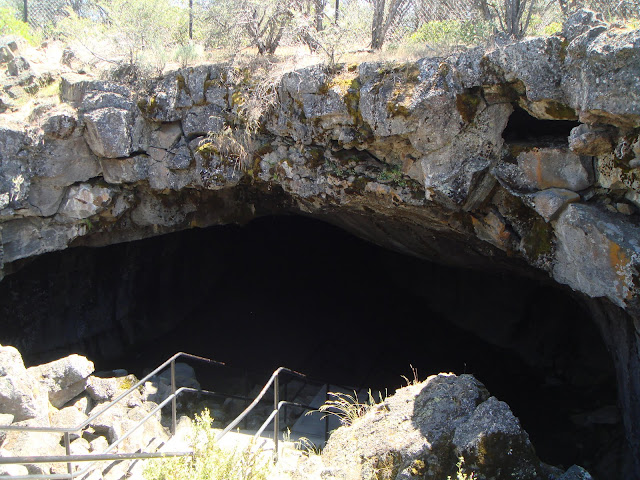 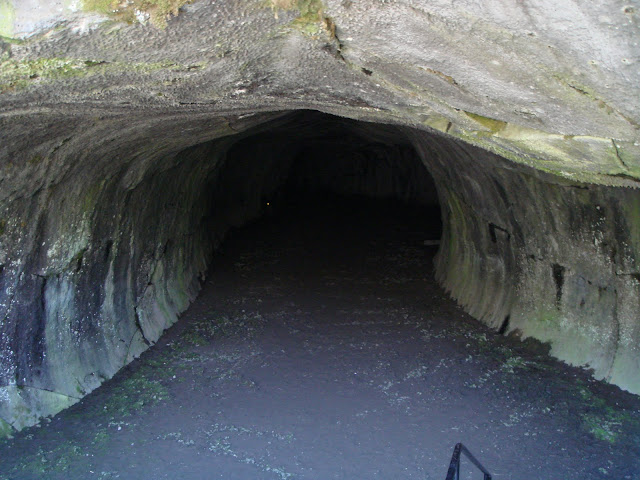 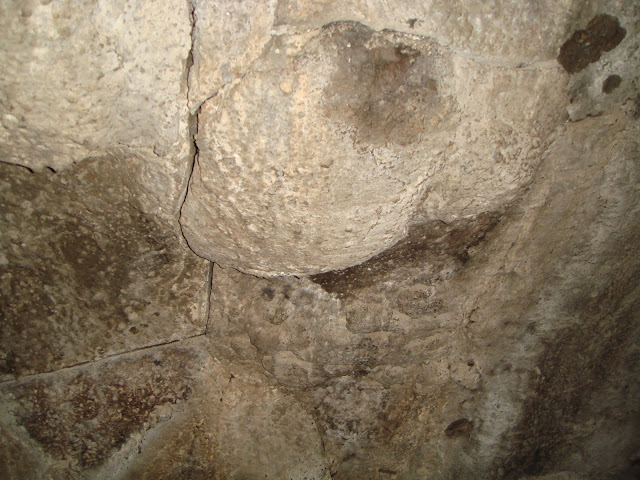 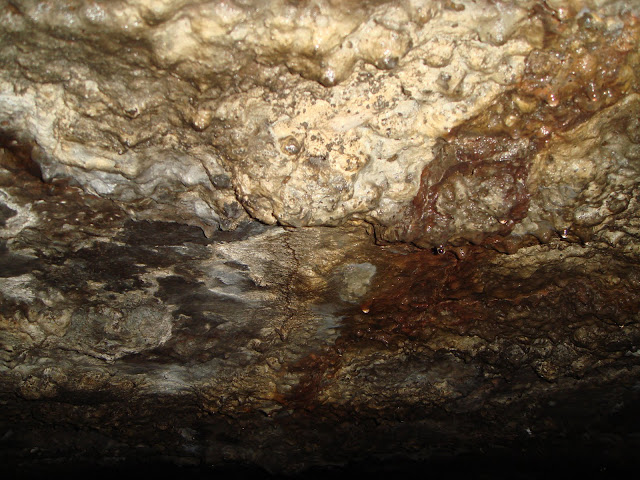 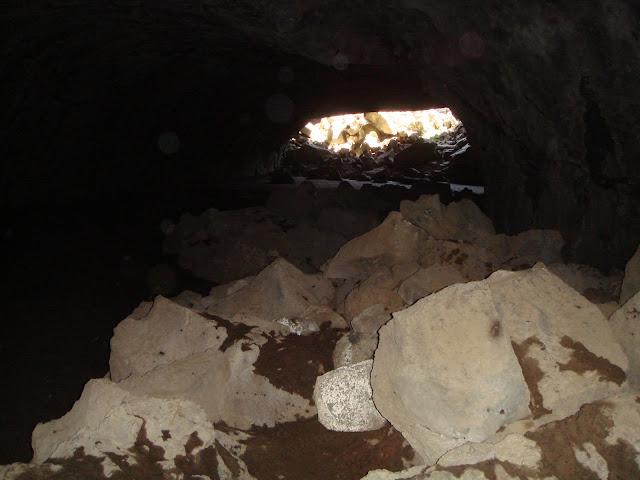 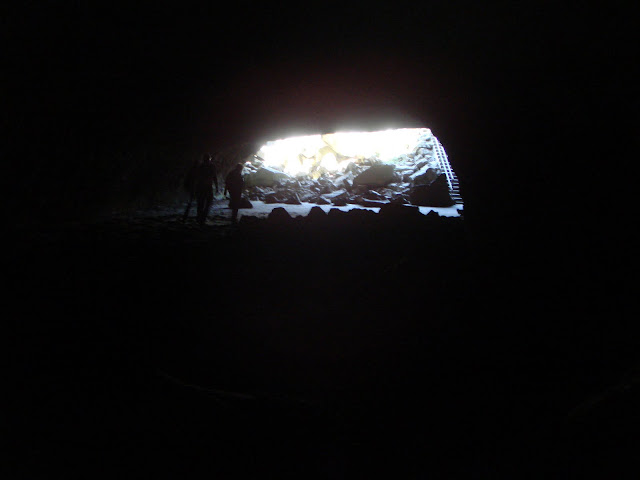 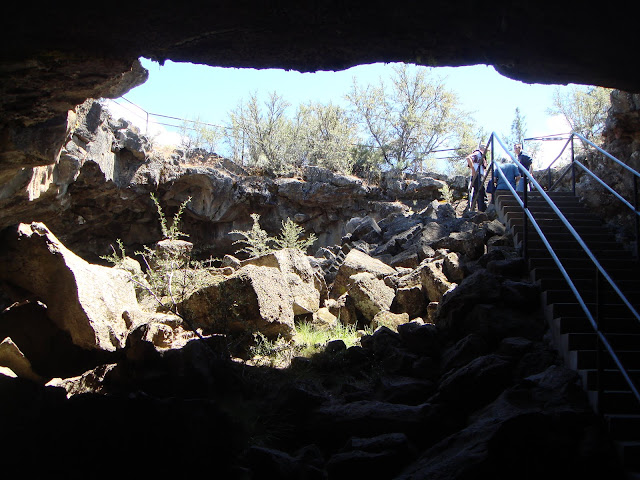 Footing is a little uneven, it is cool and damp and very dark.  Native tribes
discovered the tube, made by lava flow thousands of years ago.  The walk
puts you in touch with a deep history in geologic time and with
native tribal superstition or lore. 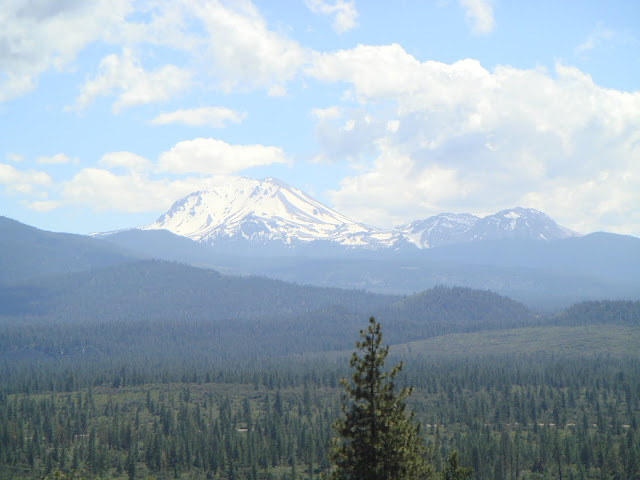 I urge people to visit Lassen Volcanic National Park, one of the least visited.
It is a remarkably beautiful, intriguing, educational and fascinating piece of
the United States.
See you down the trail.
Posted by Tom Cochrun at 6:07 AM