SHE IS STILL COOKING 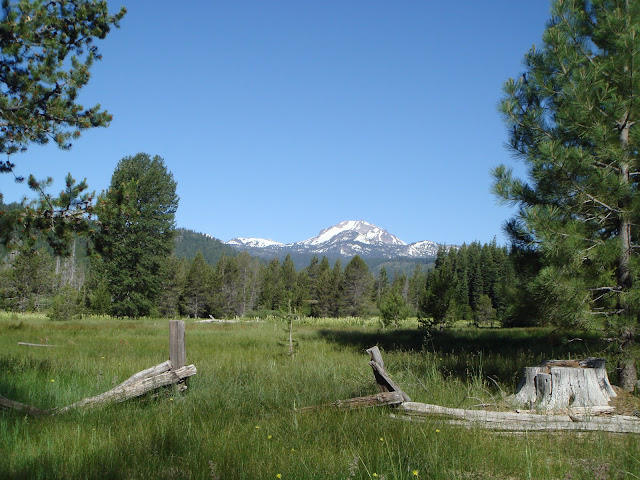 From a distance, Mt. Lassen's serene beauty hides its explosive history and active
volcanic life. Lassen Peak is one of the ring of fire and resides in the Cascade Range in Northern California.  In the frame above you can see a vestige of ancestral Brokeoff
Volcano that was active 400,000 to 600,000 years ago.  Lassen blew it's top less than 100 years ago.  It was extraordinarily active from 1915 through 1916.  It is the world's largest plug dome volcano and rises to an elevation of 10,457 feet and is still alive. 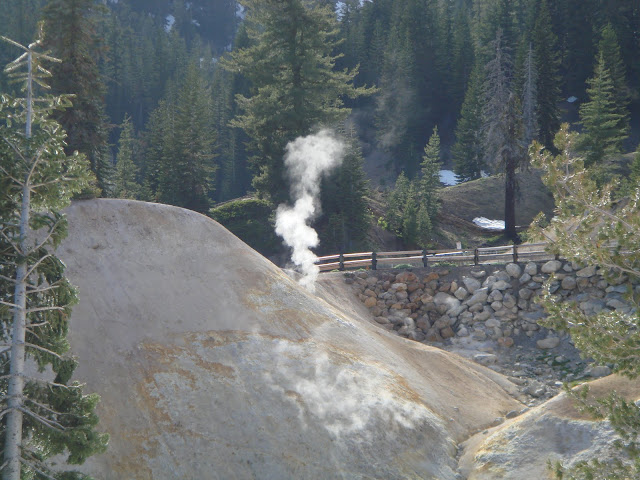 Visitors to Lassen Volcanic National Park, can get to areas where you see evidence of
a still "cooking mother earth."  There are several places hydrothermal activity is obvious.
Bumpass Hell, Little Hot Springs, Boiling Springs Lake, Devils Kitchen and Sulphur Works are self descriptive.  This is from Sulfur works, where a sulfur steam boils up and jets into the air. 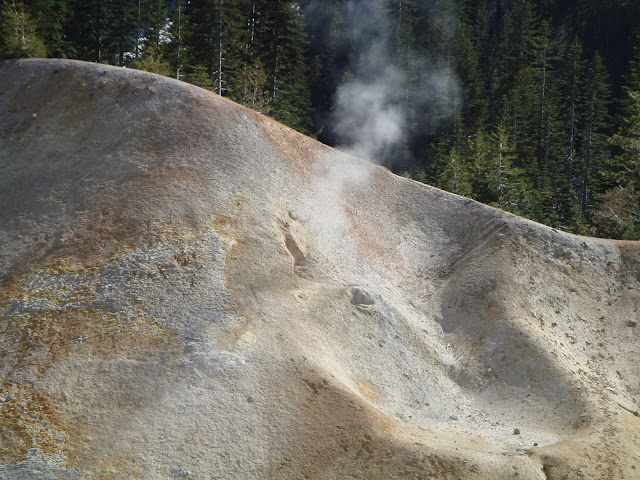 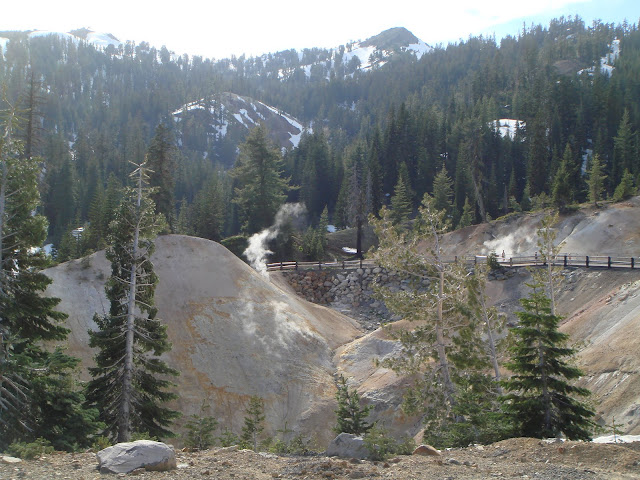 The areas are well posted as dangerous. The steam escaping the vents can exceed 300 degrees. 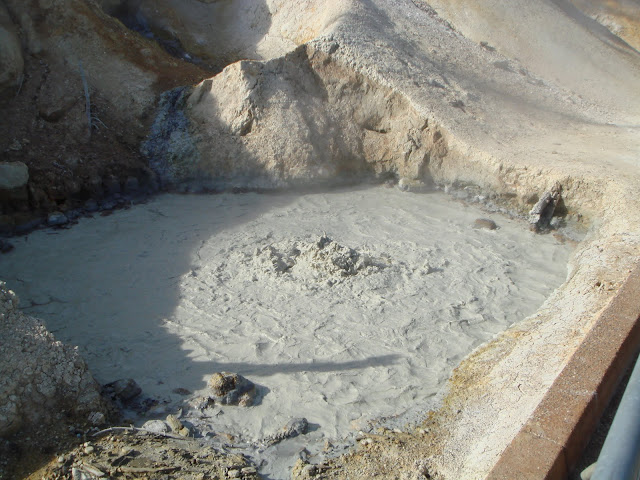 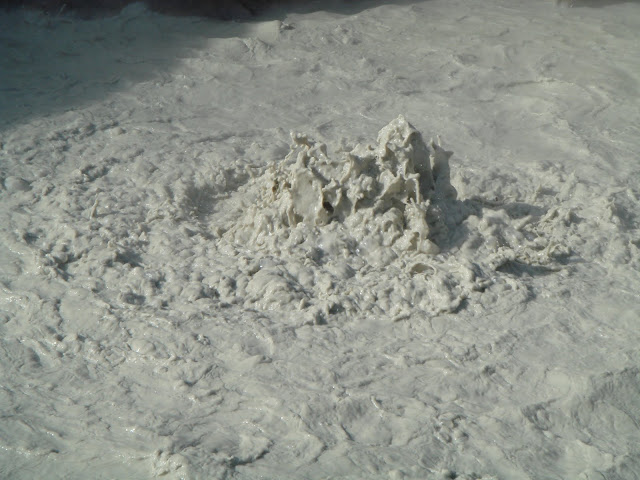 There are places where the earth boils in a thick gooey clay like substance. 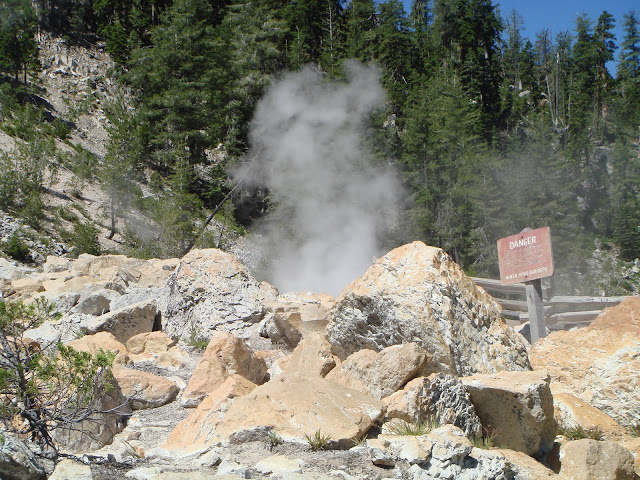 At Devils Kitchen, the escaping sulfur steam sounds like a humming engine. This area is reachable by a beautiful hike starting at Drakesbad near southeastern entrance to the park. 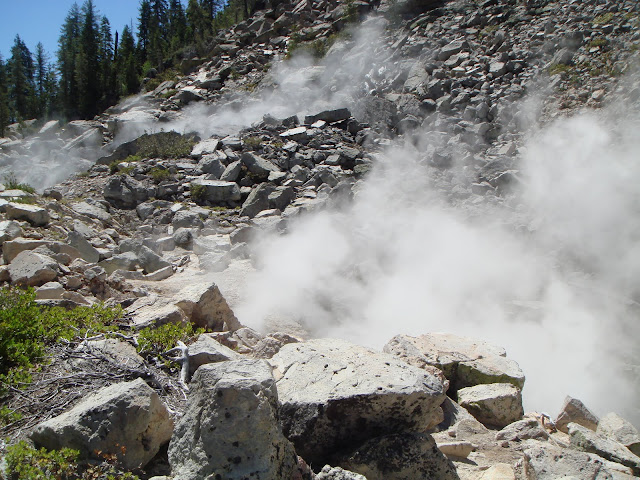 It is astounding to hear the boiling away. It is a bit intimidating, standing so close to such power under pressure. 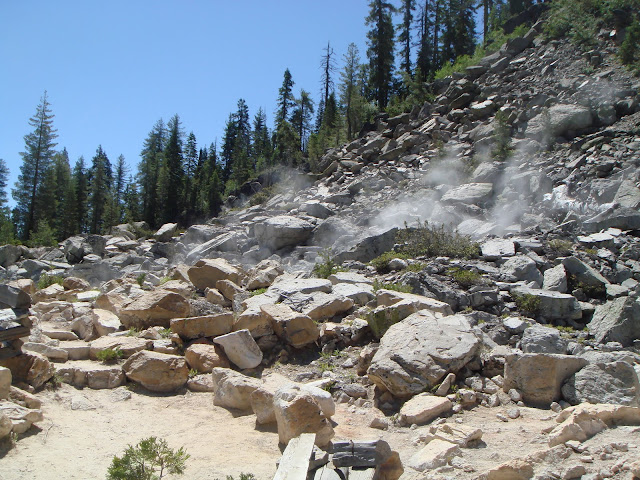 Walking over this little stream of hot sulfur water was like stepping through a sauna.
Surprising  given the meager amount of water flowing in the narrow stream. 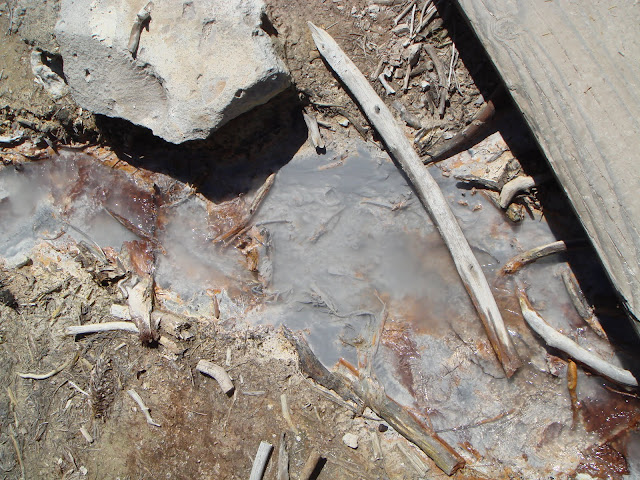 Some of the thermal crust and stones show a coloring from the years of activity. 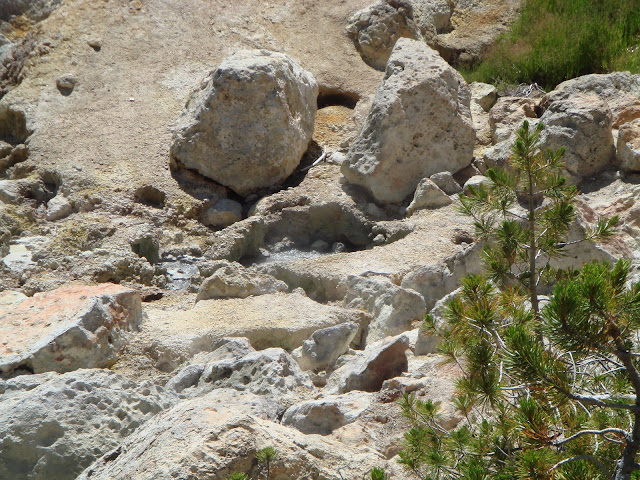 There is a constant change underway on the mountain and in the park.  The US
Geological Survey and the National Parks service do continual monitoring and investigations.  The park is a laboratory in that way, a place where the volcanic life of this still growing planet earth can be observed. You can not observe these forces at work and be left unimpressed or in awe.
See you down the trail.
Posted by Tom Cochrun at 6:31 AM